The weight of the evidence has been building in favor of the bears over the last week or two, making the US equity weakness this week anything but surprising. Throughout the duration of this post I’ll outline the evidence that I’ve been noticing over the last two weeks and what it means for us as market participants moving forward.

Yen Strength – The Yen broke out structurally late last year and hasn’t looked back since. Tactically my upside targets were hit this week, but structurally this market has a lot more room to run. Given the high negative correlation between the Yen and US equities, this should continue to be a headwind for equity markets going forward. END_OF_DOCUMENT_TOKEN_TO_BE_REPLACED

I just finished my Commodities and Currencies review for the week and wanted to share some of my notes. Here you go: END_OF_DOCUMENT_TOKEN_TO_BE_REPLACED

END_OF_DOCUMENT_TOKEN_TO_BE_REPLACED

Long-time readers and Members of All Star Charts know how much I’ve been pounding the table about watching the Yen to gain insight on the direction of the U.S. Stock Market. Notice how last month when Yen put in its top (USD/JPY bottom), the S&P500 made its low on the very same day. The Nasdaq Composite also put in its low that day, so did the Russell2000, so did the Mid-cap 400, so did the Russell Micro-cap Index, so did the NYSE Composite. I can keep going, but I think you get the point. END_OF_DOCUMENT_TOKEN_TO_BE_REPLACED

END_OF_DOCUMENT_TOKEN_TO_BE_REPLACED 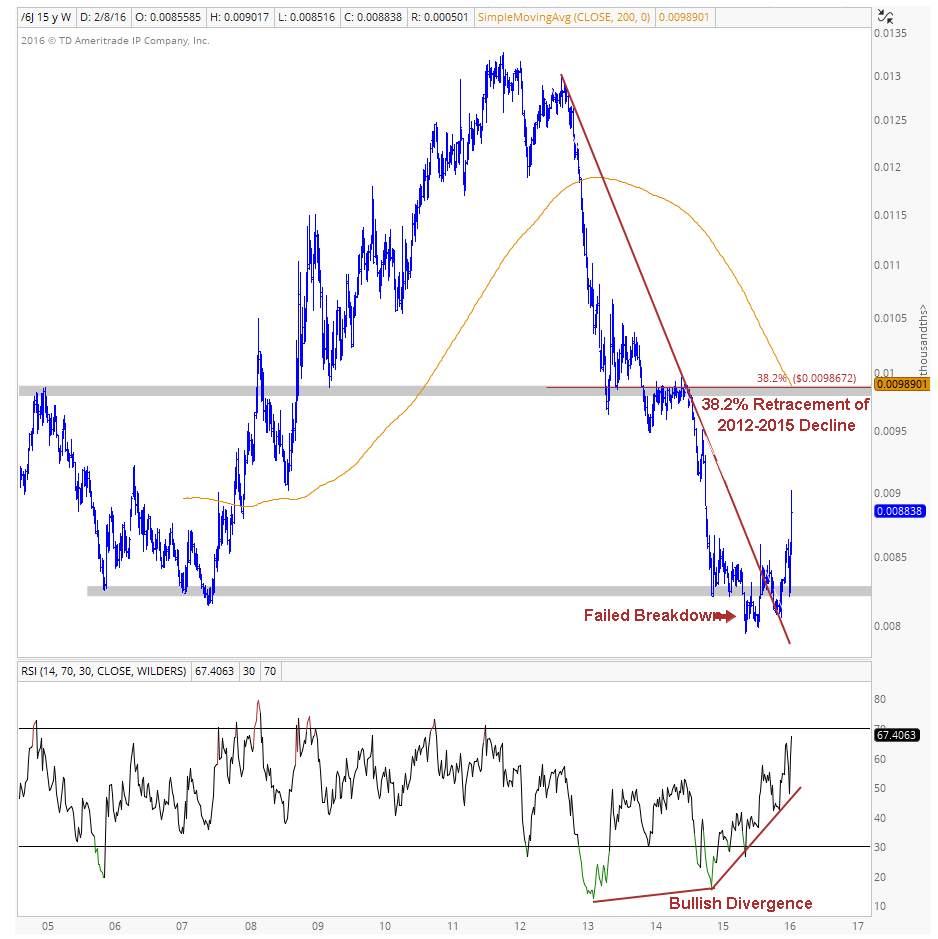 END_OF_DOCUMENT_TOKEN_TO_BE_REPLACED

A few weeks ago global equity markets began to mean revert to the upside after many met downside targets and momentum positively diverged. For examples of this check out my posts from then here and here. The same failed breakdowns and bullish momentum divergences that sparked a rally globally are now present across many of the US sectors and indices.

Of the 41 US indices / sectors I follow, 28 of them have bullish momentum divergences on the daily charts and have either confirmed, or are working on confirming, a failed breakdown by trading back above a prior low.