Long-time readers and Members of All Star Charts know how much I’ve been pounding the table about watching the Yen to gain insight on the direction of the U.S. Stock Market. Notice how last month when Yen put in its top (USD/JPY bottom), the S&P500 made its low on the very same day. The Nasdaq Composite also put in its low that day, so did the Russell2000, so did the Mid-cap 400, so did the Russell Micro-cap Index, so did the NYSE Composite. I can keep going, but I think you get the point.

We are looking a strong negative correlation between the S&P500 and Japanese Yen. And not one of these made up correlations that you hear about on the TV, a real one. This is one that has been extremely reliable in signaling fear towards risk assets and all of you who have been following along can attest.

Today, we are not worried about the fed, because as always, the Fed does not control the market, the market behavior controls the Fed. Instead, we want to focus on this recent consolidation in Dollar/Yen (which are basically Yen Futures upside down). Here is a longer-term chart going back to the lows back in 2011-2012. Once we broke this uptrend line last Summer, it suggested that risk was back on the table for U.S. Stocks: 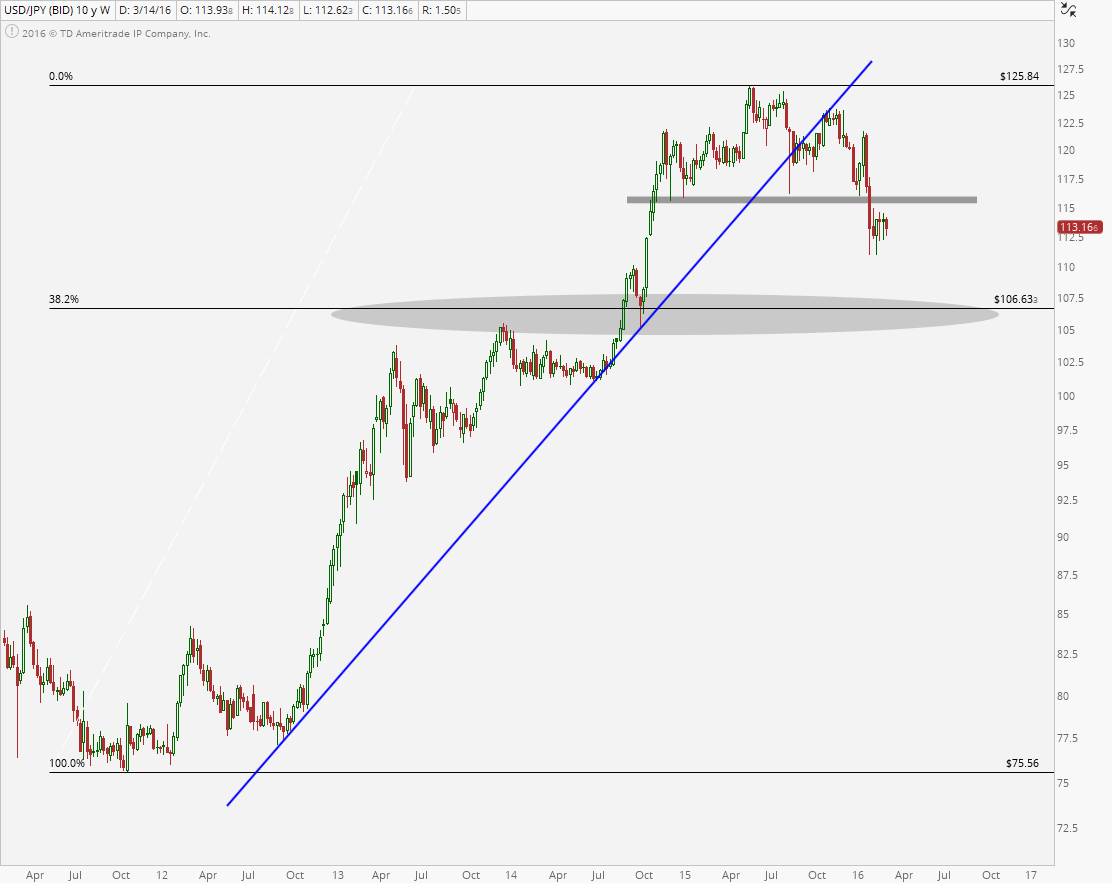 After breaking down and then retesting that broken uptrend line successfully in November, it’s been all down hill from there. More recently prices broke support levels that went back to late 2014. It looks like we have a long way to go down towards that 105-107 level that we’ve been eyeing. This represents former support and resistance from the past few years and also the 38.2% Fibonacci retracement of the 2011-2015 rally.

Looking shorter-term, we can see this tight consolidation since the lows in the middle of last month. I would argue that a resolution and breakout to the upside would be extremely constructive for U.S. Stocks and other risk assets. However, consolidations more often resolve themselves in the direction of the underlying trend, which in this case is obviously down. Prices trading below a downward sloping 200 day moving average also suggests the trend here is still down: 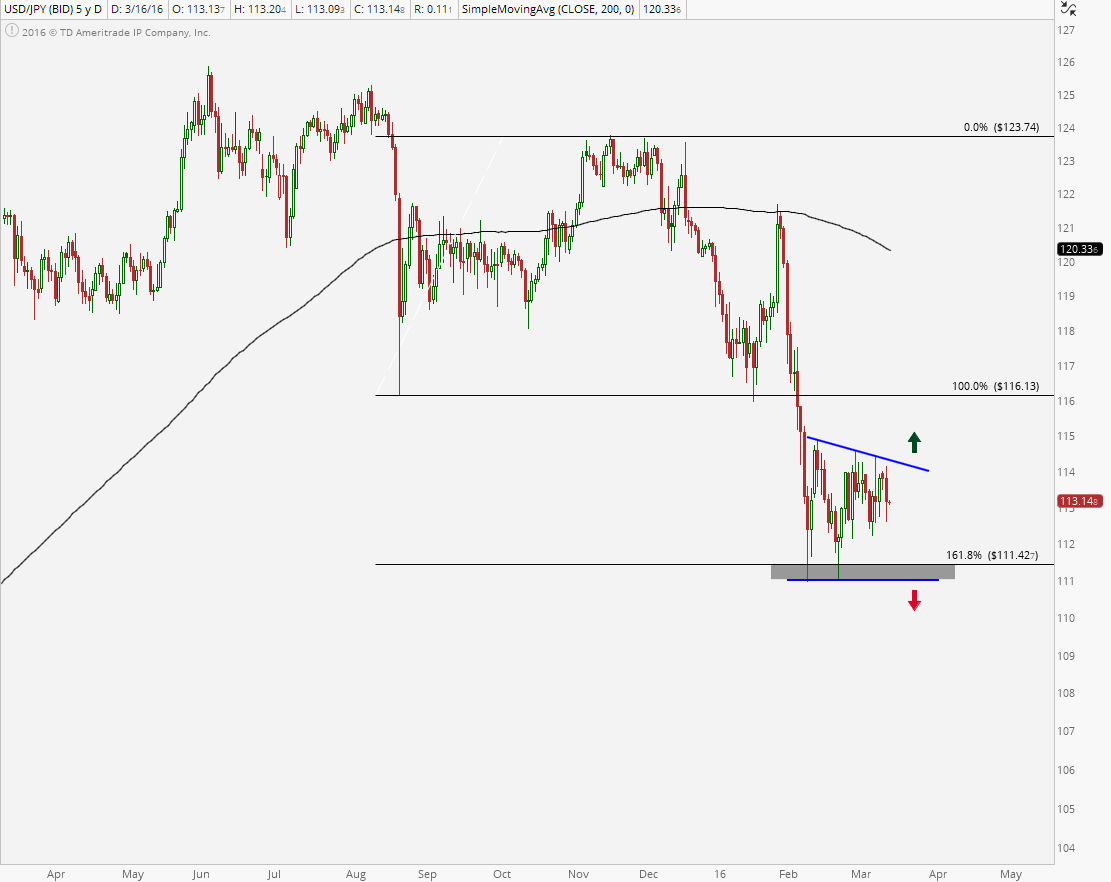 The support last month came in near the 161.8% Fibonacci extension of the most recent counter-trend rally, which was from last Summer’s lows. It’s not a coincidence that the S&P500 bottomed in August on the same day as the Dollar/Yen. I would expect this correlation to continue.

For those of us interested in making money in the market, we want to watch Dollar/Yen. We do NOT want to be sitting around listening to gossip about the federal reserve. We’ll chalk this up with the kind of stuff discussed on Housewives of Orange County or other similar shows on Bravo. I can’t watch that garbage and as market participants we should treat Federal Reserve gossip the exact same way. It is no different.

For regular updates about these charts, plus over 300 more, become a Premium Member of All Star Charts.