With global equity markets looking poised for a tactical bounce in the week(s) ahead, one market in particular looks ripe for a potential squeeze higher.

South Africa has been in a strong downtrend since breaking down from a symmetrical triangle late last August. Selling quickly accelerated after a major support level near 51-52 broke shortly after the breakdown from, and retest of, the symmetrical triangle. Last week prices traded through another major support level near 40 and swiftly reversed to close the week back above it while momentum diverged positively.

Although the main structural downside target lies near 32, current conditions suggest a counter-trend rally may be in the cards. As long as this failed breakdown holds, prices look like they could retest the broken support level near 51, which also corresponds with the 38.2% retracement of the 2015-2016 decline and the downtrend line from the 2015 highs. 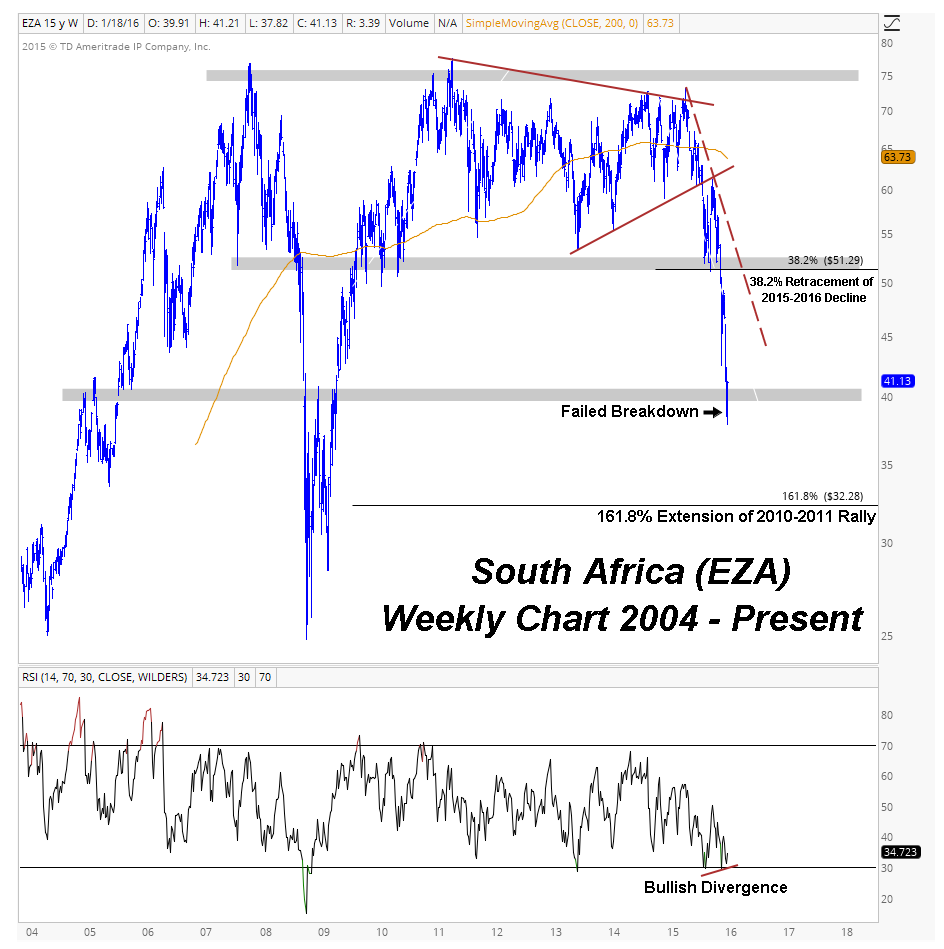 The daily chart provides a more tactical view of the failed breakdown and momentum divergence. With prices roughly 43% below their 200 day moving average, there is a lot of room for mean reversion in this market. As long as prices can hold above support at 39.50-40.50 on a closing basis, the failed breakdown remains confirmed and prices could squeeze higher. Prices won’t get there in a straight line, but the confluence of resistance near 51 lies 25% away and looks like a reasonable upside target. 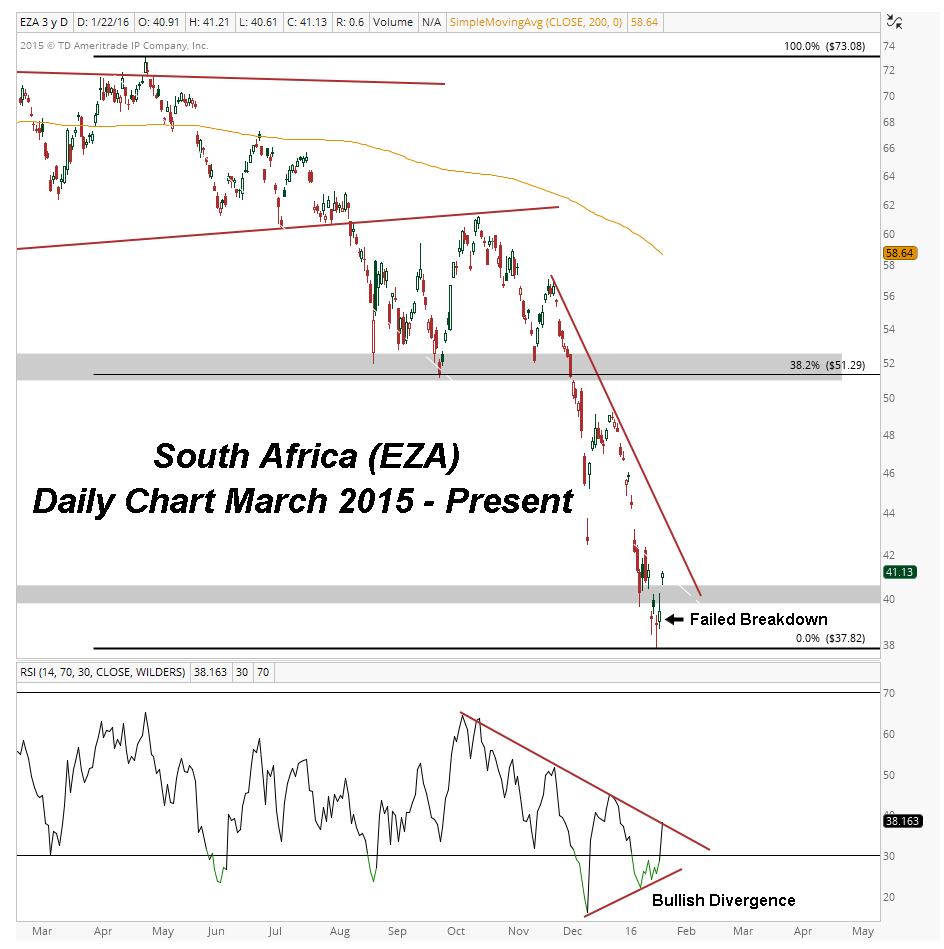 The Bottom Line: There are a lot of potential bounce candidates across the U.S. and global equity markets, but South Africa looks like a mean reversion candidate that can really squeeze to the upside. With momentum diverging on multiple time-frames, prices extended from their 200 day moving average, and risk that is well-defined; the weight of evidence suggests there’s currently an elevated risk/reward on the long side.

From a risk management perspective I only want to be long this market above the broken support near 39.50-40.50. If this rally does develop, I’d look to be taking profits 25% from current levels near 51.

JC here – I have to agree with Bruni here. I looked all over the world this past weekend and the common theme was: bullish momentum divergences on multiple timeframes in countries all over the world. It was one after the other after the other. I would argue that there were more of them this time around than in September, when global markets turned us tactically bullish then. I think South Africa is just one example of many, but definitely a good one!