This morning I was on the Benzinga pre-market radio show, where I am invited as a guest every other Thursday. So basically twice a month a rap with the boys about the direction of the Stock Market, both U.S. and globally, Interest Rates & Bonds, and more recently precious metals and precious metal stocks.

Here is this mornings radio hit in full. Enjoy: END_OF_DOCUMENT_TOKEN_TO_BE_REPLACED

END_OF_DOCUMENT_TOKEN_TO_BE_REPLACED

This weekend I did my regular global macro review. This is when I go country by country analyzing the weekly and daily charts of all of the stock markets around the world. Each chart includes a momentum study (14-period RSI) and a 200 period moving average that we use to help with trend recognition. I trade indexes all over the world, simply because I can. Why wouldn’t I? END_OF_DOCUMENT_TOKEN_TO_BE_REPLACED

END_OF_DOCUMENT_TOKEN_TO_BE_REPLACED

Latin America has been one of the worst performing areas of the world since it peaked in 2011 with a lot of the metals and mining companies. The countries that make up the Latin America 40 index have a lot of exposure to that space so they tend to behave in a similar fashion. More recently, the index has been forming what looks to me like a falling wedge pattern. A breakout clean above this formation would trigger the beginning of a new trend, which could mean some serious changes in money flow.

Here is a weekly bar chart of the Latin America 40 ETF $ILF. Look at the falling, converging trendlines in red that define the upper and lower boundaries of the wedge. Also notice that support earlier this year came right at the 61.8% Fibonacci retracement from the entire 180% rally from 2008 to 2011. What I love about this pattern is the brief whipsaw below both the lower trendline and 61.8% retracement level before quickly reversing back in to the 3-year pattern. We often see failed breakdowns like these lead to vicious breakouts in the opposite direction: 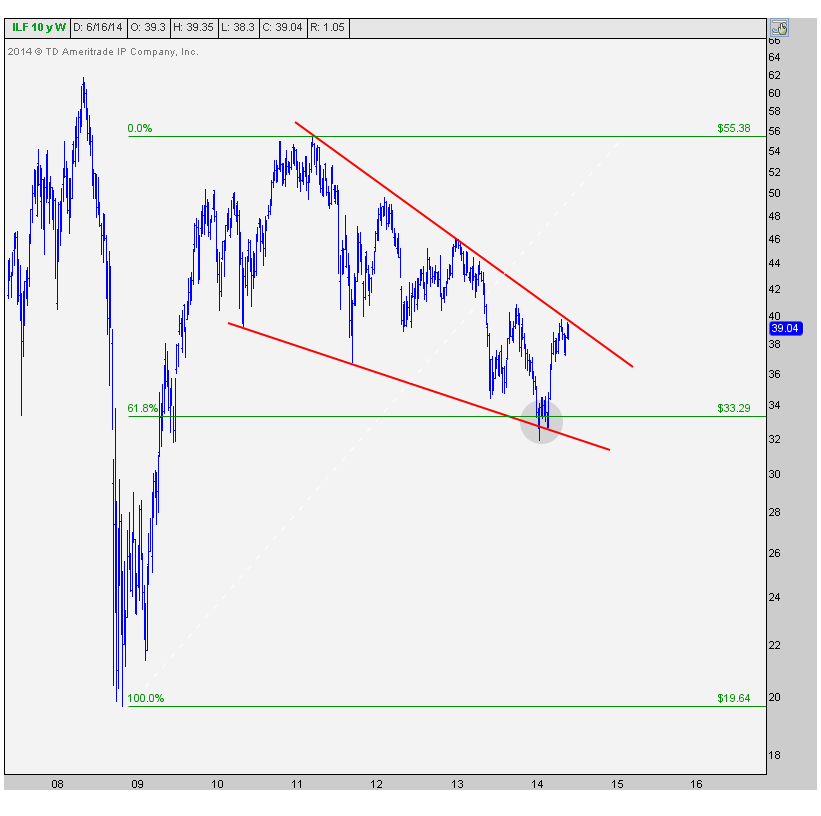 Although a breakout above the upper downtrend line would be a bullish signal, I would feel much more comfortable calling this a new uptrend once we take out the October highs. This would be the first higher high, from a structural perspective, in years. I would then consider this to be extremely constructive for Latin America and the unanimously hated metals and mining space as a group. 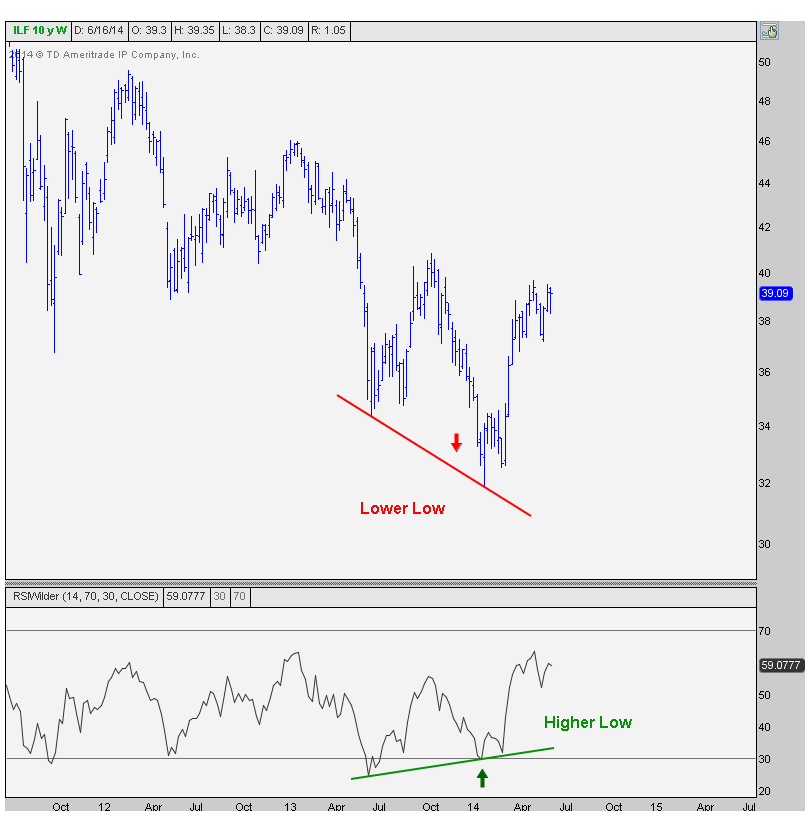 Long time readers know how much I respect a momentum divergence this massive, especially on a weekly time frame. These longer-term divergences often ignite powerful moves in price that can last a long time.

Finally here is a shorter-term look at these recent developments, but this time using daily candlesticks and a 200 day moving average. Look how prices exploded higher once they got them back above last summer’s lows. That squeeze could definitely the beginning of something bigger. Look at the 200 day moving average now turning higher. As mentioned earlier, I would still feel more comfortable calling this a new uptrend once we start making higher highs above the October peak: 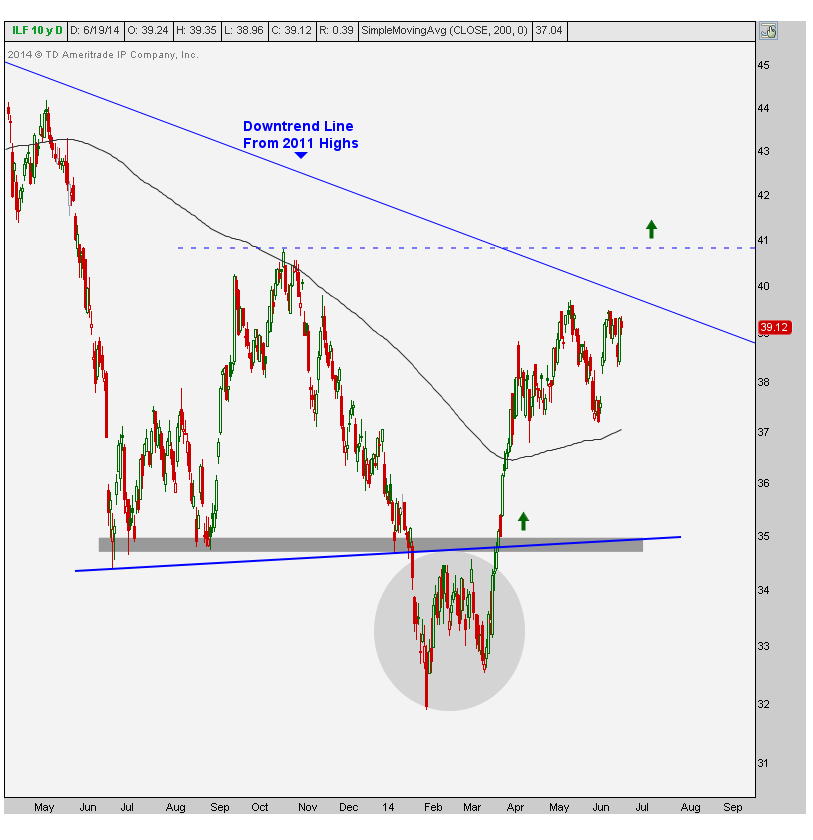 There isn’t really anything for me to do here personally execution-wise, because it doesn’t exactly fit my time horizon and risk parameters. To me, this is just an interesting development that could lead to a monster position in either the Latin America 40 Index, or one of its components, whether it be Chile, Peru, Brazil or otherwise. But we’re all different in terms of our goals, so this might be actionable for someone else. I can’t make that decision for you.

Either way, I’m fascinated by what’s happening in this market. There are a lot of frustrated participants here as the developed nations race to historic highs and this market is still almost 60% away from getting back to the 2008 highs. What do they say? “One man’s trash is another man’s treasure”? I try my best to keep an open mind, but I can’t help but find these developments to be incredibly intriguing.

REGISTER HERE for more information on how to access all of the Latin American Index Charts on multiple time frames including Mexico, Chile, Peru, Brazil and Colombia on a weekly basis.