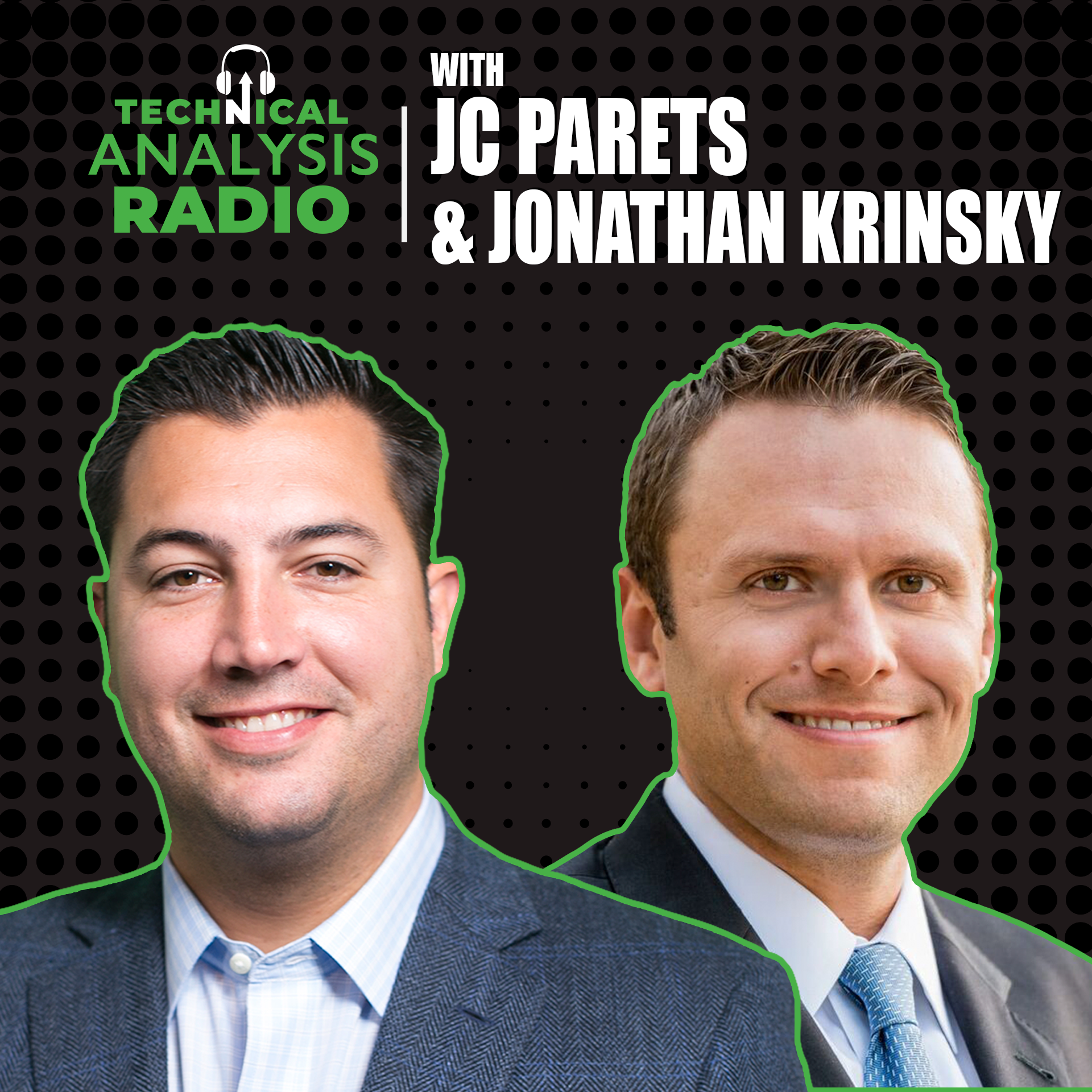 This week on the podcast, Jonathan Krinsky joins me for a chat about Sector Rotation. While the Mega-cap names like Apple, Google, Facebook, Amazon and Microsoft grinded sideways, or even down, since August, the Small-caps, Mid-caps and Micro-cap names have been the leaders. What happens if the Mega-caps break out of these bases to new all-time highs? Does the sector rotation continue? Or do we then rotate into the more defensive areas like Staples, Utilities and REITs, which currently keep making new relative lows?

Where does the US Dollar fit into all this? Will a Dollar rally bust the party and end the rotation into International equities and Commodities? We discussed all of this and so much more in a very short period of time. Jonathan Krinsky is the Chief Market Technician at Bay Crest Partners and puts out research for many long/short equity fund managers. He’s a CMT like me and we’ve known each other for many years. His perspective on markets always adds value.

This was fun. Enjoy!

END_OF_DOCUMENT_TOKEN_TO_BE_REPLACED

As we discussed in last week’s report, bears have a lot of work cut out for them.

With all this rotation into offensive groups and cyclical areas of the market, they are really running out of talking points. We literally can’t find a meaningful group of stocks in the US or even abroad that we would want to short at this point.

This is excellent information as it’s not something we can say very often… and it’s bullish, just to be clear.

The move higher in equities is being supported by significant cap-rotation at the index level as well as broad participation among sectors, and most recently, even international stock markets.

END_OF_DOCUMENT_TOKEN_TO_BE_REPLACED

This is the video recording of the January 2021 Conference Call.

END_OF_DOCUMENT_TOKEN_TO_BE_REPLACED

The first section dives deep into the US Stock Market and Market breadth, then we discuss the International Markets and specific Factors around the world. Next we go into U.S. Sectors and the best looking Industry Groups. In the second half of the report, we dive into the FICC space (Fixed Income, Commodities & Currencies) and their Intermarket Relationships. Finally we finish up with Cryptos, Options and overall Market Sentiment.

You can skip right to the trade ideas here if you’d like, or give the full report a read!
END_OF_DOCUMENT_TOKEN_TO_BE_REPLACED

I took a few days off over the holidays. I couldn’t tell you the last time I went that long without a chart or a tweet. It felt good.

But you know what felt even better? Getting back to those charts and digging in on what’s been going on around the world. It’s not work for me. I mean it is, technically. But as you probably already figured out, this is something I really enjoy doing.

So what stood out the most upon my return?

I think it’s got to be the victory laps from the bitcoiners on tilt. They’re acting like they’ve never gotten a trade right in their lives. And that’s dangerous.

Sure, we’re happy bitcoin is doing well. It’s already up 35-40% since our latest entry point a few weeks ago. That’s great. And remember, this is after it doubled immediately after our last buy point this summer.

So no complaints here. But we don’t have to make a big deal about it. This is just a trade. It’s not a religion.

The people who are long bitcoin at all times are just as dangerous as stock market permabears. Also See: Are You A Permabear? 12 Questions To Ask Yourself

You can’t have a real conversation with these people. For them, the bitcoin “lifestyle” is more important than making money. They’d rather ride this all the way down to zero than admit that they’re wrong. It’s become theology for them. END_OF_DOCUMENT_TOKEN_TO_BE_REPLACED

This is the video recording of the December 2020 Conference Call.

END_OF_DOCUMENT_TOKEN_TO_BE_REPLACED

Last week’s Mystery Chart was the Uranium ETF $URA zoomed all the way out to its inception and inverted.

I really hate to do that to you guys, but someone actually guessed it!

More importantly, though, most of you were selling the chart… so buying the Uranium ETF. Yes, you heard that right… buying Uranium.

In this post, we analyze a handful of other rarely covered and lesser-known risk-assets – but first, let’s look at Uranium.

END_OF_DOCUMENT_TOKEN_TO_BE_REPLACED

Remember 3 years ago when Bitcoin was the talk of the town and everyone wanted in? Well, by then anyone who wanted to buy it had already done so. Bitcoin went on to lose over 80% of its value over the next 12 months. That’s how bubbles end. An instant classic.

Now, as we’ve learned, newer markets in their infancy stages tend to have faster and more frequent cycles. When you go back and study the US Stock Market in the 1800s, for example, there was a “Panic” every other year. It was the wild west back then.

Welcome to the 21st Century’s version of the wild west. Cycles happen faster. Bubbles collapsing take less time to reset and begin a new leg higher. I think this is something we should continue to expect in the Crytpo space.

Here we are just 3 years after the bubble peaked, working on a fresh breakout and new leg higher. To put things in perspective, Financials are still down from their peak in 2007, over 13 years later. Technology took 18 years to finally surpass its 2000 bubble peak. And Japan is working on over 30 years so far and still 45% away from its 1989 bubble highs.

So if you’re not sure whether cycles in newer markets happen faster and more frequently, just go study the ones from the past. These are quicker. Which is important to know, I think.

So where can Bitcoin go? After a 3 year base, it can go a lot higher. Go back and check out some of the previous moves in this asset after it completed prior bases over the past decade.