Every 2 weeks I sit down with the good folks at Benzinga to chat about the markets on their morning radio show. Today we went over why I still think a more neutral to bearish stance is best tactically in U.S. Stocks. We also talk about this rally in Japanese Yen means to the Stock Market. This Yen strength combined with the deterioration in market breadth over the past month, there is a lot more to be negative about than positive. Stocks are not where we’ve wanted to be in April, and staying away has worked out well. The place to have been is in Commodities. I think this theme is here to stay.

Here is the entire interview in full: END_OF_DOCUMENT_TOKEN_TO_BE_REPLACED

The only thing that pays us in this market is price. That’s it. So what we try and do is use a handful of supplemental indicators to help us identify when a change in trend is about to occur. One of the more helpful tools we have to achieve this is momentum. We start to see momentum readings diverge from price, before price ultimately peaks in the coming days, weeks, or months; depending on the timeframe in question.

I personally choose a 14-period relative strength index (RSI) to gauge momentum across asset classes. You can read more about how I use RSI here. In this particular case, I want to focus on the obnoxious amount of bearish momentum divergences that we’re seeing in many of the most important indexes, sectors and stocks around the world. These “divergences” occur when prices make new highs, but momentum simultaneously makes a lower high. It’s a sign that a change in trend is approaching. Since we take a weight-of-the-evidence approach to markets, it’s not just that we’re seeing one or two of these sprinkled around. They’re showing up all over the place.

Here are just a few examples worth noting: END_OF_DOCUMENT_TOKEN_TO_BE_REPLACED

END_OF_DOCUMENT_TOKEN_TO_BE_REPLACED

Here is the video in full (audio begins immediately, video gets going after 30 seconds)…..Enjoy! END_OF_DOCUMENT_TOKEN_TO_BE_REPLACED

We held a free webinar this week to show off our new ChartBook and discuss how to best invest for 2016 using intermarket analysis. At All Star Charts, we use a global top/down approach in order to take the weight-of-the-evidence in Stocks, Commodities, Currencies and Interest Rates to come up with a theme. Once we have a major global theme, we will break it down to specific U.S. Sectors or Country ETFs and either buy or short individual ETFs or stocks to express our theme using strict risk management procedures END_OF_DOCUMENT_TOKEN_TO_BE_REPLACED

Normally I wouldn’t make too big a deal about a move above or below a specific moving average. In my opinion, the direction and even the slope of the smoothing mechanism is more important. But in this case, the Nasdaq hasn’t closed below this particular moving average all year. So like the Small-cap Russell2000, like the S&P Mid-cap 400, the Nasdaq Composite can now be added to the “below its 50-day list”. Remember, these 3 are the averages that led us during this bull market. It now seems that these are the ones leading us lower, as the S&P500 and Dow Industrials have yet to break.

As far as the consequences for the Nasdaq go, the news isn’t great. According to Sentiment Trader, the Nasdaq Composite just ended a steak of 73 trading days closing above its 50 day moving average. In the index’s 40-year history there have been 37 such streaks that lasted more than 3 months. But just 4 times has the streak ended after setting a new 52-week high within the past week. Over the next 3 weeks, the index lost value in all 4 of those occurrences. The losses resulted in at least a 4% decline each time. At its worst point over the next 6 months, the Composite lost at least 10% each time as well. 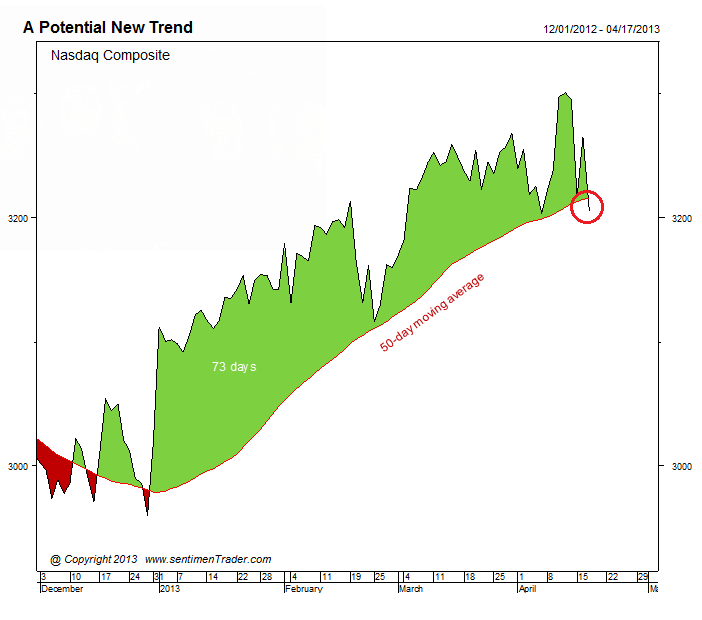 Happy Father’s Day to all the Dads out there: 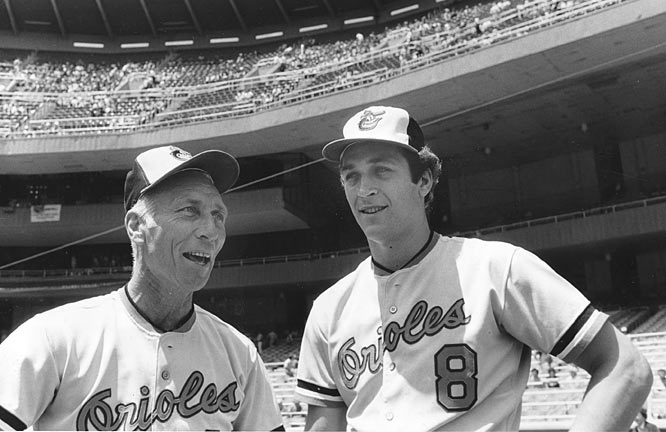 What will Get me to Buy? (DerekHernquist)

Louise Yamada via CNBC – Are the Markets Headed for More Correction? (YahooFinance)

The $VIX says it all (Stockchartsblogs)

A Striking Relationship between Driving and Obesity (Economist)