We’re working on a lot of new and exciting things this year as I’m sure some of you have noticed. One of our ongoing projects has been to continue to create video content as we feel this is the direction that we are heading in as a society and a technical analysis community.

It’s a work in progress, but here is a little something on China:

I’ve been pretty consistent for a while now about my bearish outlook for emerging markets. I don’t like the stock market in general; I still think there are better places to be like commodities and bonds. But the worst place to be positioned these days has been in emerging market equities. Russia is literally crashing right now, and I think China could be next.

First let’s put things in perspective. Look at this chart of China vs the US. We’re using the $FXI which represents the large cap stocks over there that international investors are allowed to trade. For the US we’ll use the S&P500. Here is China hitting 8-year lows today relative to the United States: 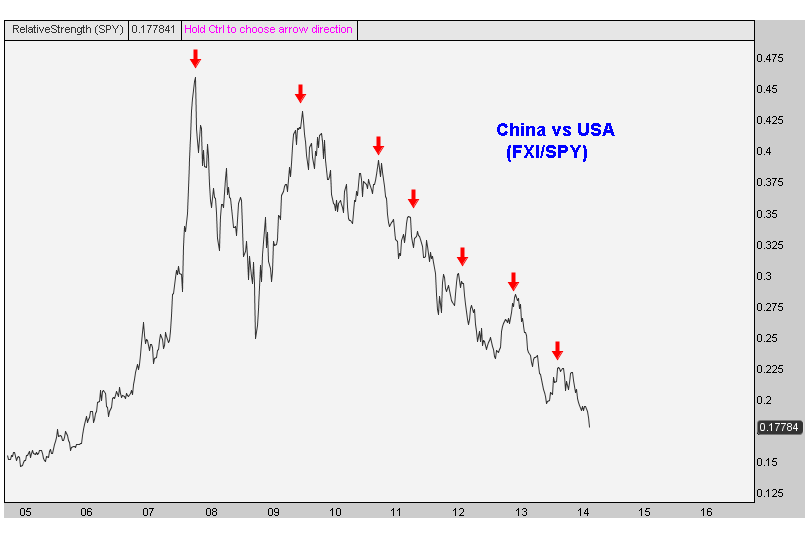 The next one is a weekly candlestick chart of China well on its way to retest this key support level for the 4th time. The more times that a level is tested, the higher the likelihood that it breaks. And it looks like a break is coming very soon: 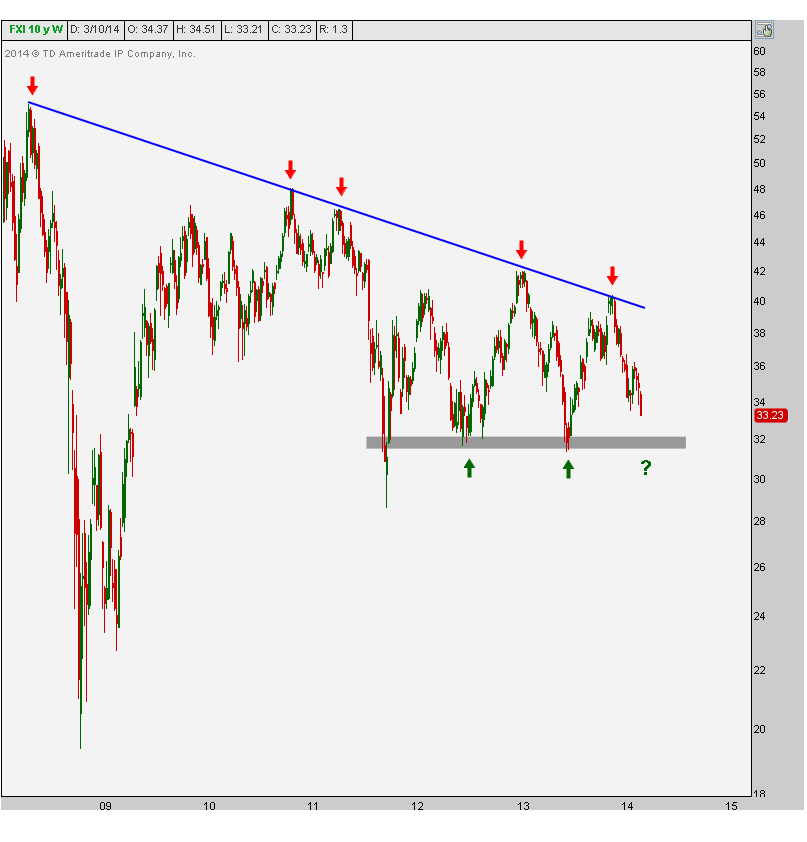 And finally here is the daily chart. Look how nice that false breakout was last November. The island reversal and failed breakout is what led to a break in the uptrend line from last summer and fresh 8-month lows in price today: 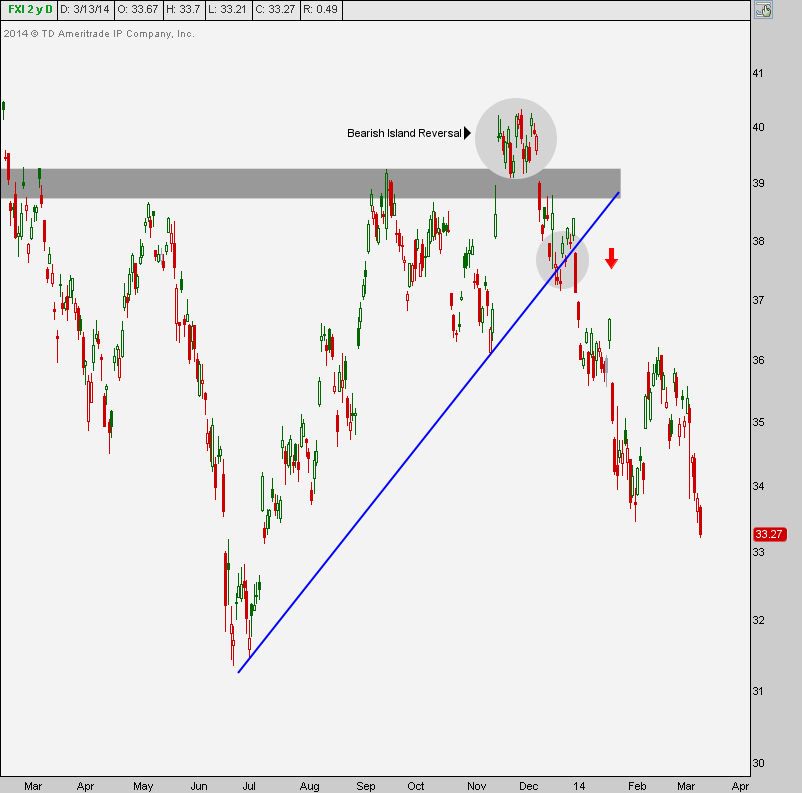 This is a big problem. It looks like a retest of these 31.50 lows is coming very soon and I’m not sure how long it will hold. China is already down 17% since those December highs and it looks like much more downside is coming.

I always try to come up with a scenario that would change my mind. Sometimes that’s easier than others. In this case, I actually don’t know what could possibly change my bearish stance. I have been and continue to be an aggressive seller of any and all strength in China. Some sideways consolidation around here creating a nice healthy base is probably the only thing that would change my mind.

Stay tuned and look out below!

REGISTER HERE for more information on how to access the rest of the charts from around the world. 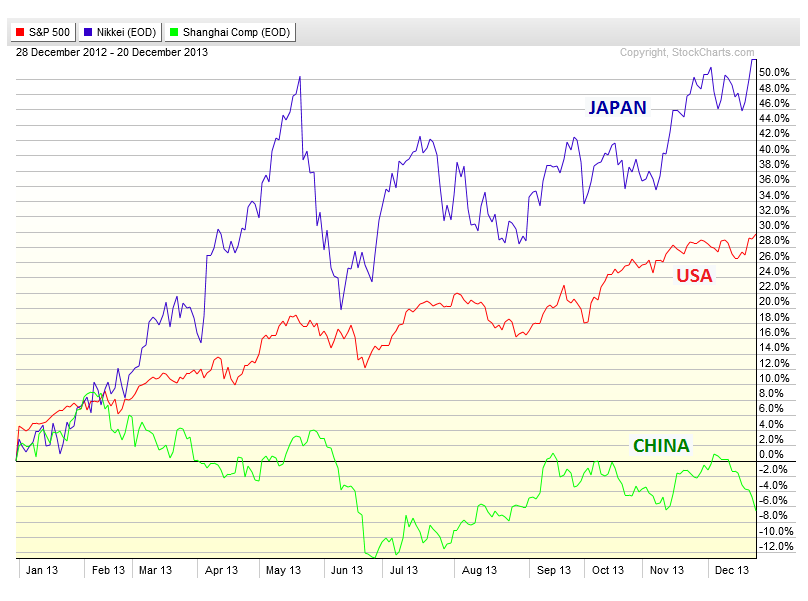 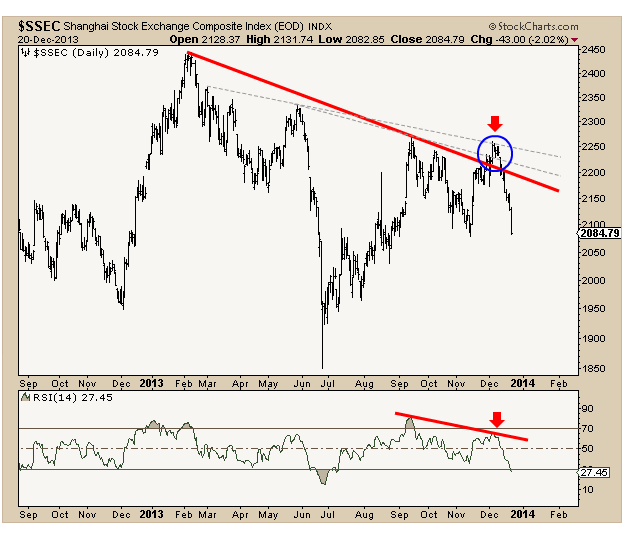 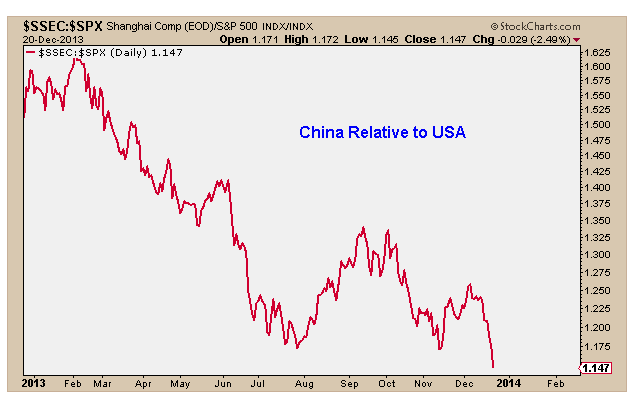 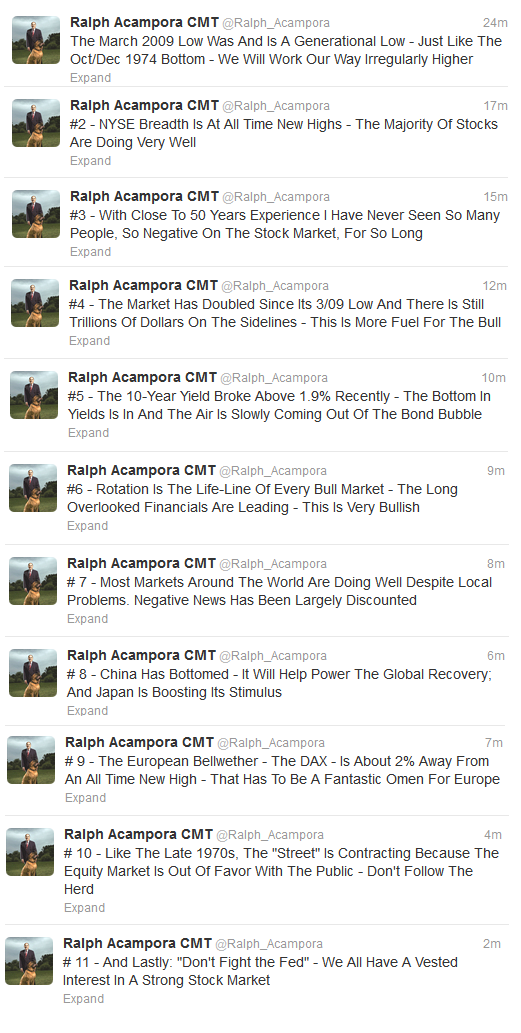 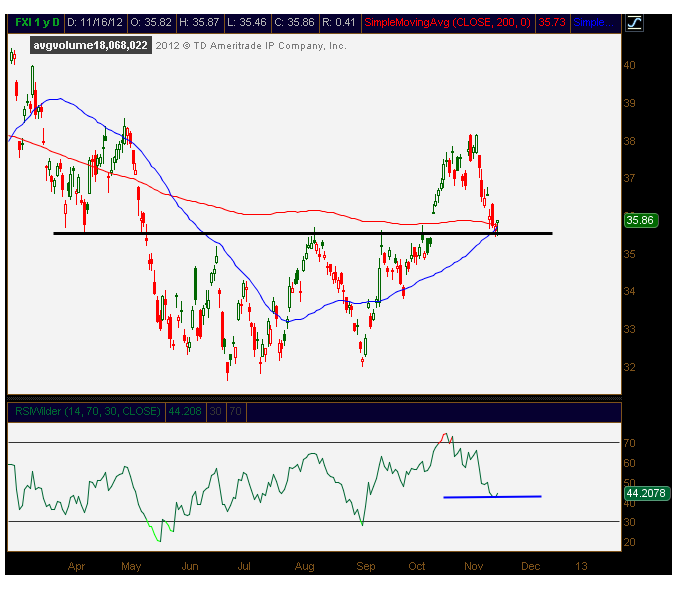 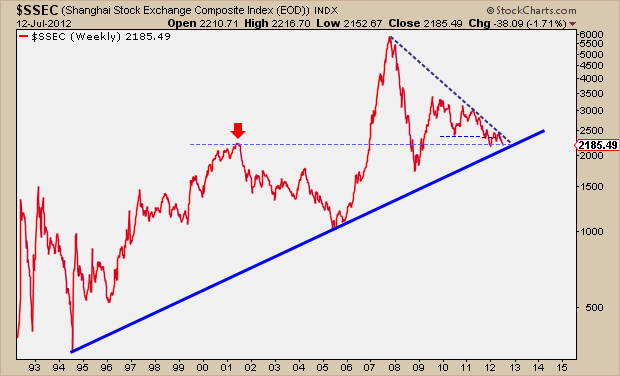 Charlie Dow would absolutely love this!

For those who don’t know, Jordan Kotick is without a doubt one of my favorite technicians of all time. He’s someone who I looked up to as a young lad when I first started looking at charts. Today, Jordan is the Head of Technical Strategy at Barclays and his Intermarket work is second to none.

This week, Jordan Kotick took Intermarket Analysis to a whole new level with his Dow Theory China. I’m not even going to explain. Just watch – he crushes it:

Technician Dan Fitzpatrick did a great job this morning explaining how moving averages transition from downward-sloping smoothing mechanisms to upward -sloping. When asked about these ‘Golden Crosses’, he suggests looking at it as more of a confirmation of an uptrend rather than an initial buy signal. I couldn’t agree more.