Long Precious Metals has been a big theme for us this year. I still think this is an area we need to be involved with and the weight-of-the-evidence is suggesting higher prices for the entire space.

Today I want to point out the recent breakout in Swiss Franc Futures. Historically there is a high positive correlation between this contract and the price of Gold. As we break out to new multi-year highs in Swissy, Gold looks likely to follow along: 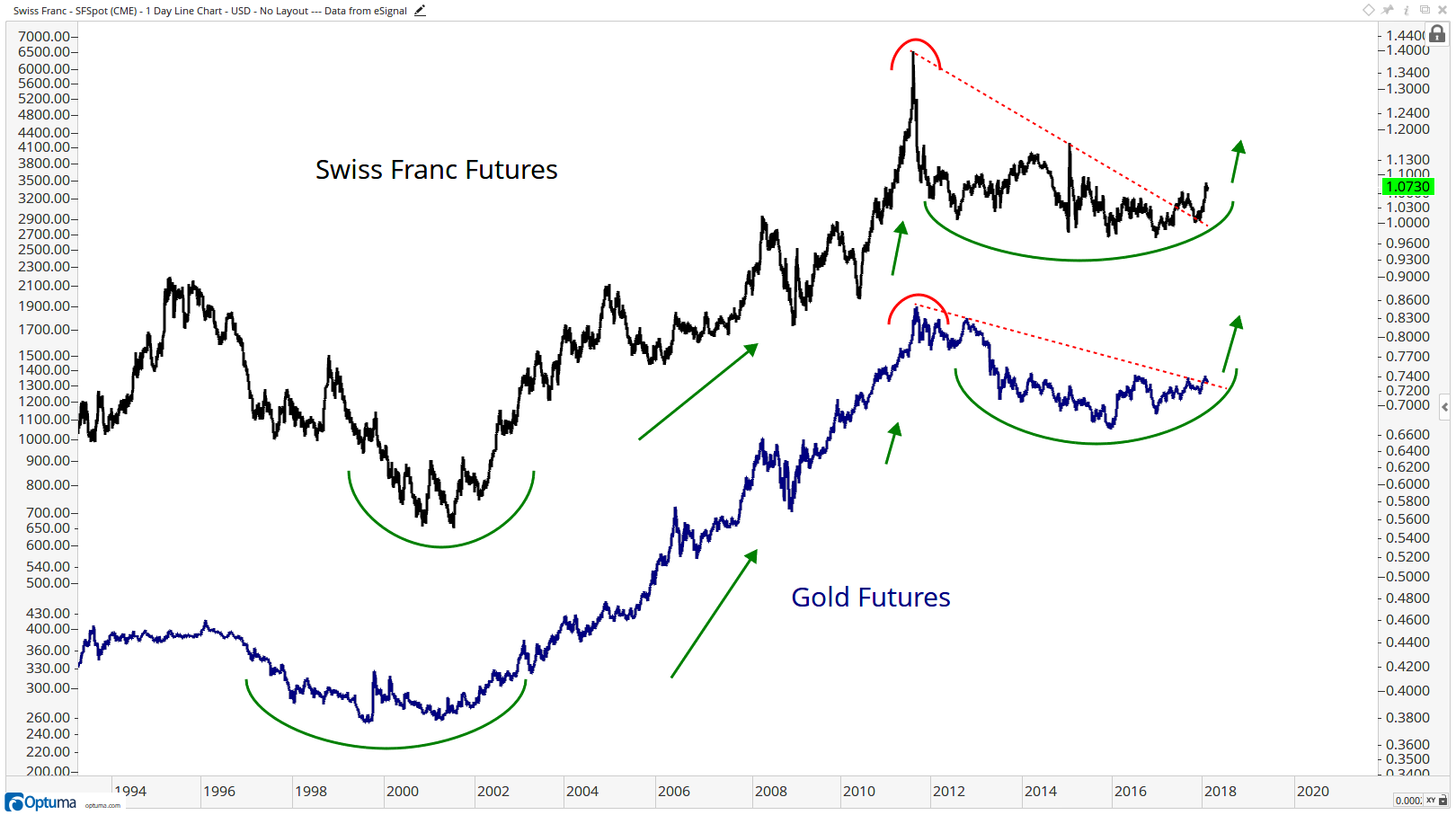 Look how they both bottomed during the 1999-2002 period after a half-decade of declines. From there, both of these trended higher until they both ultimately peaked in 2011. Notice how even the counter-trend moves within these long-term trends coincided with each other.

Since the 2011 highs, buyers of of Gold have been losers. The frustration hasn’t just come from falling prices, it’s the opportunity cost that’s also been a killer. You could have bought pretty much anything else during that period and it would have been a much better idea than owning Gold or Swiss Francs.

When assets are in strong uptrends, they are not just going up on an absolute basis. They are also going up relative to other alternatives. One of the more obvious alternatives to buying Gold is U.S. stocks. Look at that dramatic underperformance of Gold relative to stocks over the past decade. Anyone who has told you that buying Gold was a good idea has been completely wrong and if you listened you’ve been a fool: 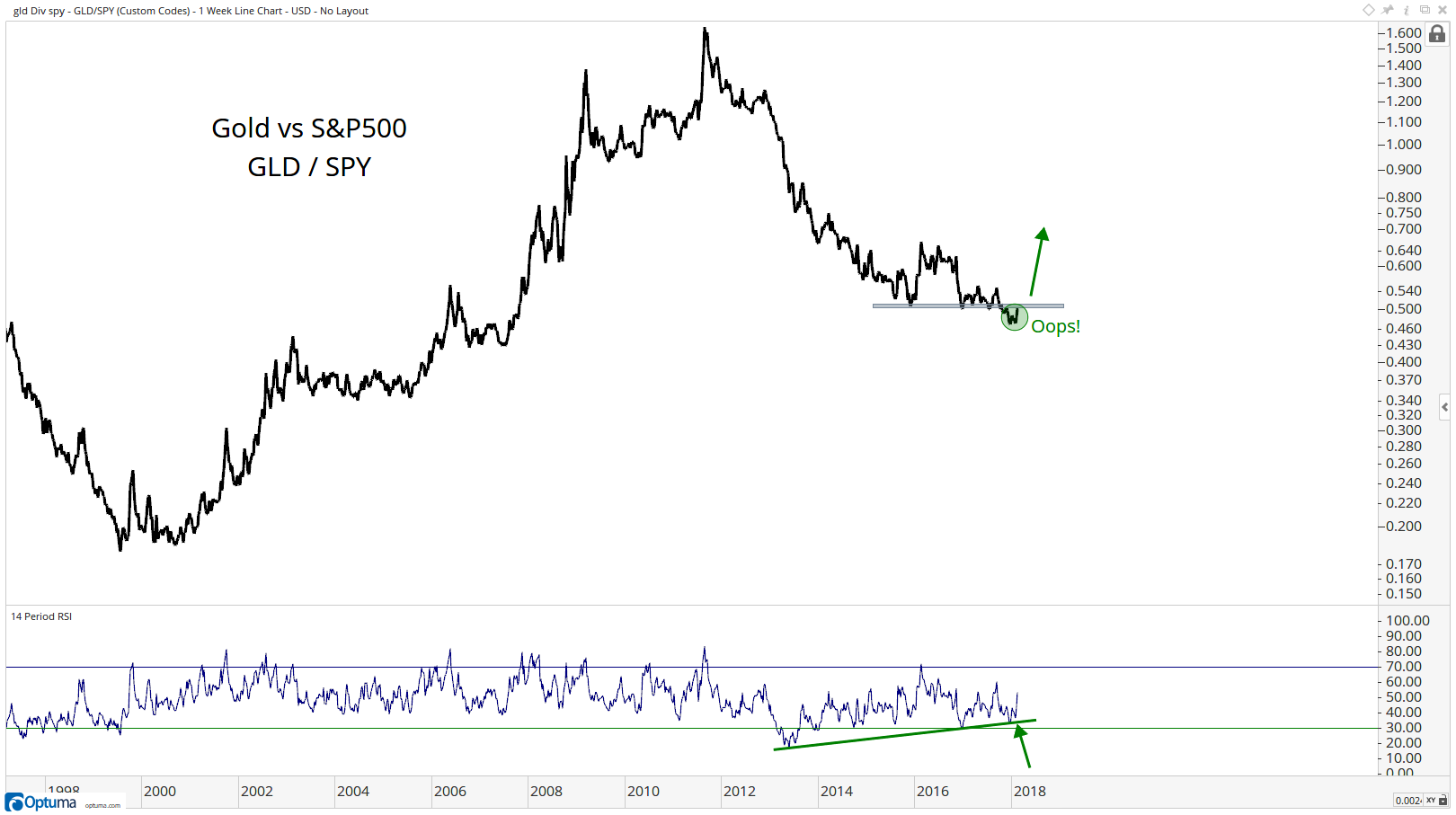 I am a firm believer that there is a time and place for everything. The weight-of-the-evidence since late December has suggested that we’re going higher in Gold, not just on an absolute basis, but also relative to other alternatives. Those are characteristics of strong uptrends.

The chart above is a weekly ratio of the Gold ETF vs the S&P500 ETF ($GLD / $SPY). To me, this looks like a failed breakdown and bullish momentum divergence. This has squeeze written all over it, which suggests Gold over Stocks.

Looking at other alternatives, here is Gold vs US Treasury Bonds already making new multi-year highs. Gold has already been outperforming Bonds and I think Stocks are next: 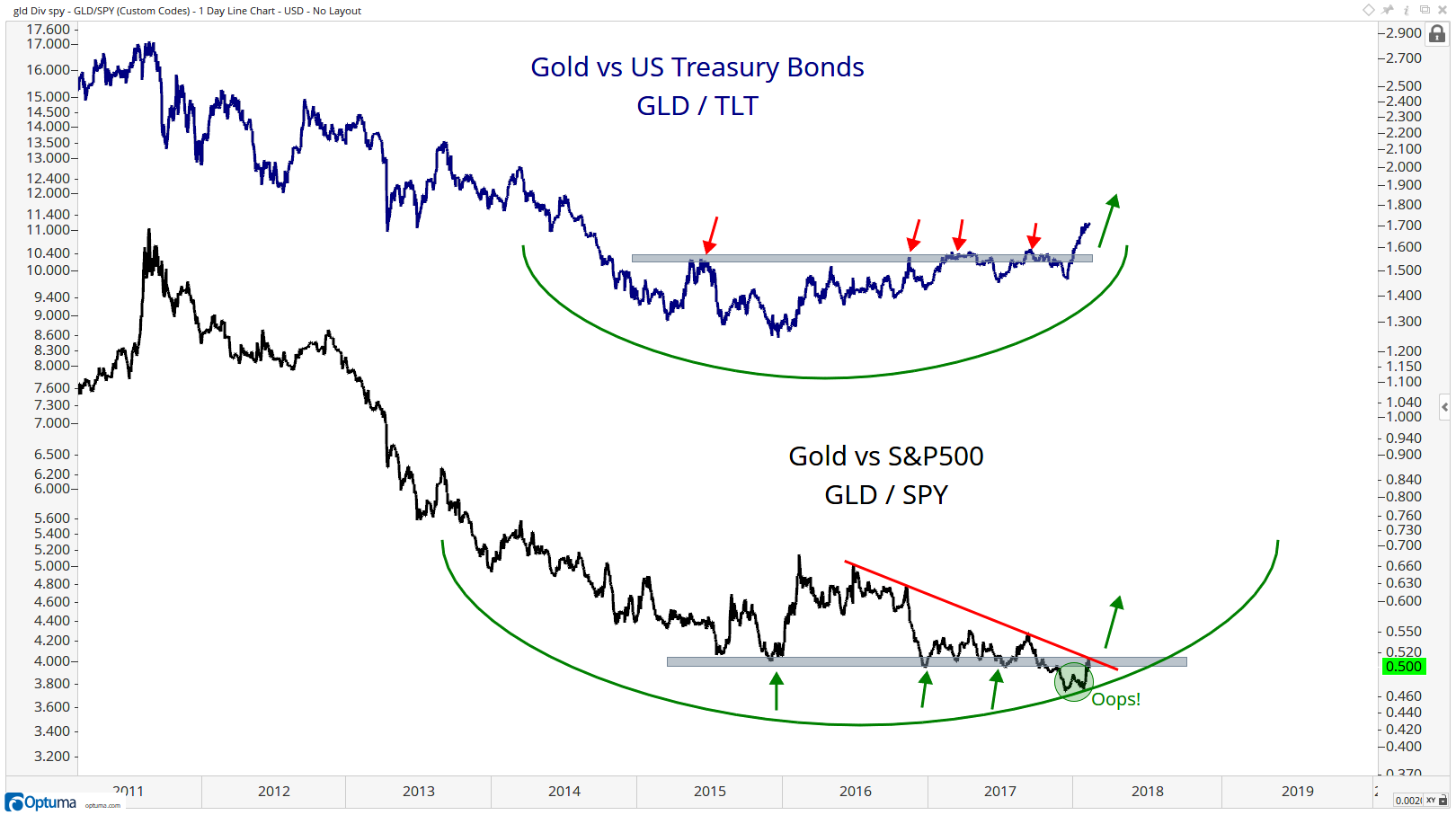 This does not necessarily mean U.S. stocks are going lower. All this suggests is that Gold looks poised to outperform, which fits into our theme of bullish precious metals. That’s what I think the important takeaway is here.

This week I was in New York filming a some stuff for Real Vision. I think what they are doing over there is really interesting: 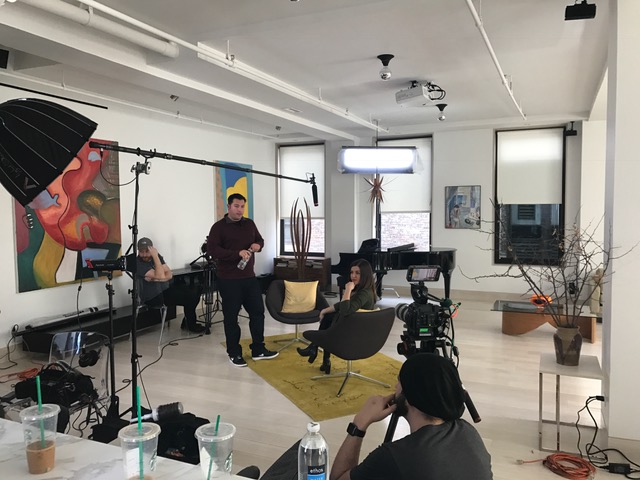 I went deep into why I think Gold is where we need to be this year. When asked what could change my mind, to me it’s the 1300 level. If we’re not above that then I think there is both downside risk and opportunity cost. Precious metals are not an area we want to be involved with unless Gold is above 1300. That’s my line in the sand: 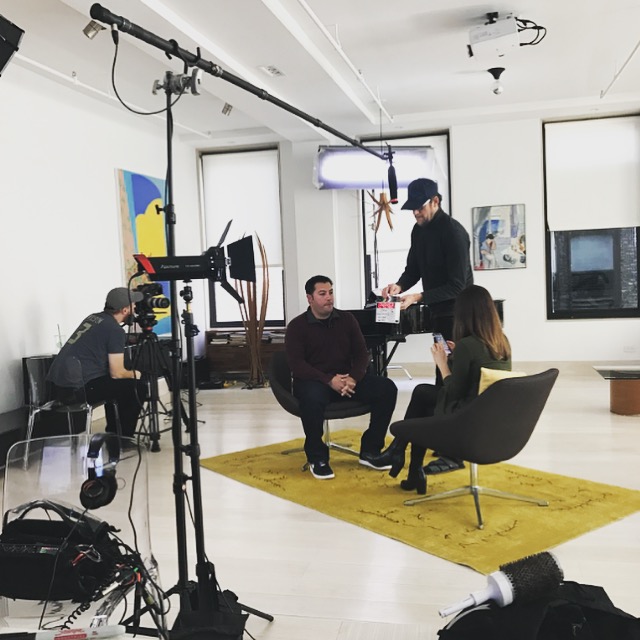 My Real Vision interview about Gold will be available next week.

This Thursday February 15th at 7PM ET is our Live Monthly Conference Call. Premium Members register for it here. If you’re not already a member you can use a 30-day risk Free trial to gain access. See you then!