Remember the Gold Miners? Back in the day, they used to be so much fun to trade on the long side. But it’s definitely been a while for us. We didn’t catch this recent 35% move in the miners. We focused our attention on the precious metals themselves, specifically Silver. But the way that the market has digested the 2-month monster move in Gold Miners impressed us a great deal.

Here is the the recent action in the Market Vectors Gold Miners $GDX where you can see this healthy flag pattern forming. This recent support is also where we find the 38.2% Fibonacci retracement for the entire July to September move. Even a further sell-off and shakeout down to the 50% retracement and former resistance could be considered constructive. 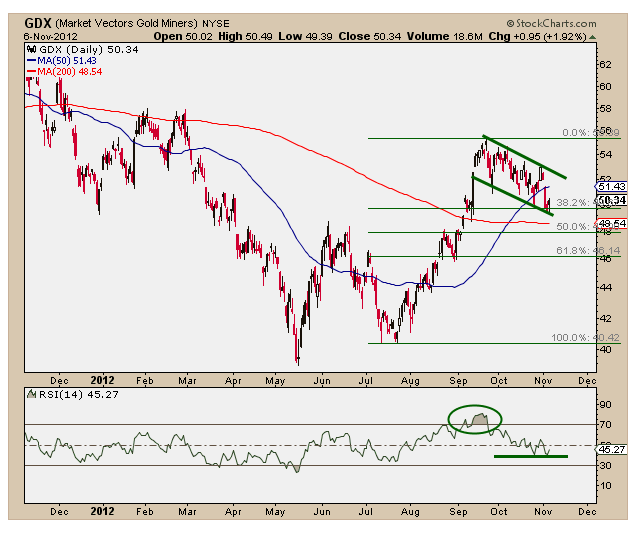 The Relative Strength Index (RSI) showed some extreme overbought readings in September, which to us is evidence of a ton of buying. The action there is solid to us. Meanwhile, the 200-day moving average has gotten a chance to flatten out, which is the first step to a potential upward slope (and therefore upward longer-term trend).

But to me, the bigger deal here is the relative performance of the miners when compared to the Gold itself. The miners have been underperforming for years and most people I know want nothing to do with them. We love that sort of “throw-in-the-towel”, bearish mentality.

This is a chart of $GDX vs the Gold ETF $GLD. There is a similar constructive flag pattern forming here since the September highs. But look at Tuesday’s reversal day that could not hold below the 200-day moving average and 38.2% Fibonacci Retracement. RSI is in full-blown bullish mode here too; reaching extreme overbought levels and, so far, holding bullish support. 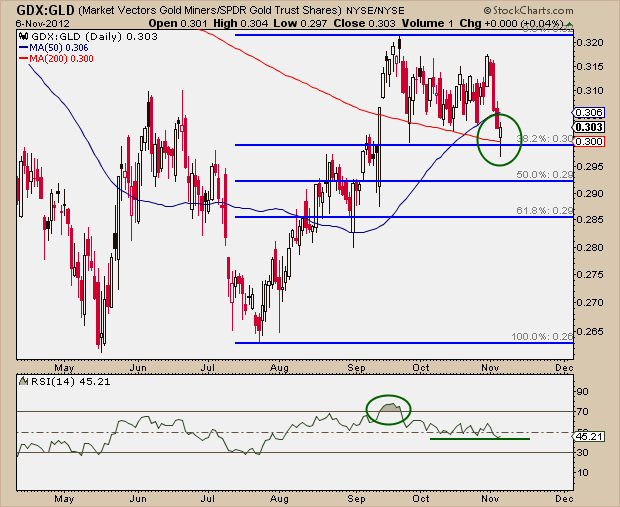 So to me, the conclusion is that we probably shouldn’t ignore the Gold Miners here, especially relative to the metal itself. We love key reversal days to help with entry points and risk management. Tuesday was definitely one of those. A breakdown to relative new lows would cause us to reevaluate our optimistic views. But I think that prices holding above their 200-day should be construed as bullish. 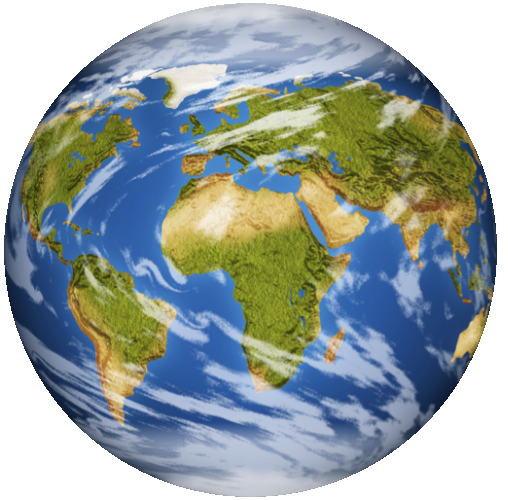 A Tribute to Traders: “Trading Is…..” (Howard Lindzon) via (ChicagoSean)

What About Those Levels (DerekHernquist)