Have you noticed the sense of entitlement from investors left holding the bag in these growth stocks?

Why is that our problem?

The rest of the planet doesn’t care about your obsession with U.S. growth stocks. It’s a much bigger world out there.

Oh, you fell for that narrative about a female rock star portfolio manager?

Oh, you chose to buy, own, and hold on to stocks in downtrends?

You don’t deserve anything.

None of us do.

The market is not here to serve you. Or me. Or anyone else.

The market doesn’t care about your feelings, or your family, or what you think “should” happen.

But you see, many people out there do believe these things.

They do think that blindly following a “celebrity” female fund manager is a sound strategy.

People do think that bottom fishing stocks in downtrends is historically a profitable approach.

They’re not. Clearly. Price has proven that to you.

The market punishes the most amount of participants at any given time, particularly when they’re most vulnerable.

Hit ’em where it hurts, is Mr. Market’s approach.

Let’s not pretend that the market cares about you or what you want.

The market doesn’t care that you live in the United States and that you’re used to global dominance and outperformance.

Look back at history, that isn’t always the case. It was just the case over the past decade.

Your home country bias is your problem, not anyone else’s.

Your irresponsible exposure to growth stocks is your problem, not anyone else’s.

High multiple growth stocks are historically some of the worst investments you can make in rising rate environments.

We know that. We have the data. It’s common sense to anyone who bothered to look.

So why is should this be a surprise? 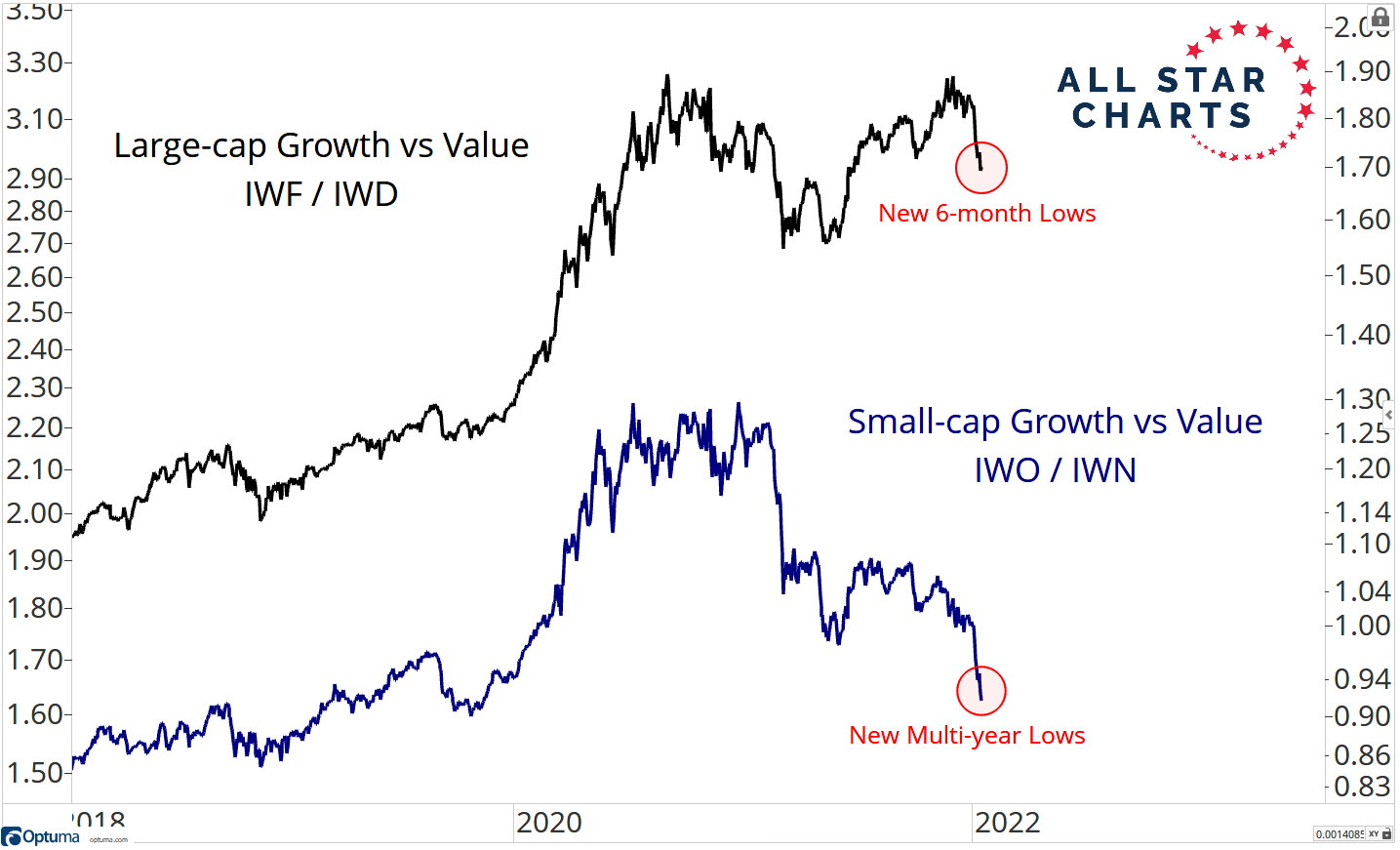 Interest rates have been rising. It’s not anything new.

So why would you expect the stock market not to notice?

Are these not trending towards the upper right?

Energy stocks historically do well when that happens.

And they are doing well….. 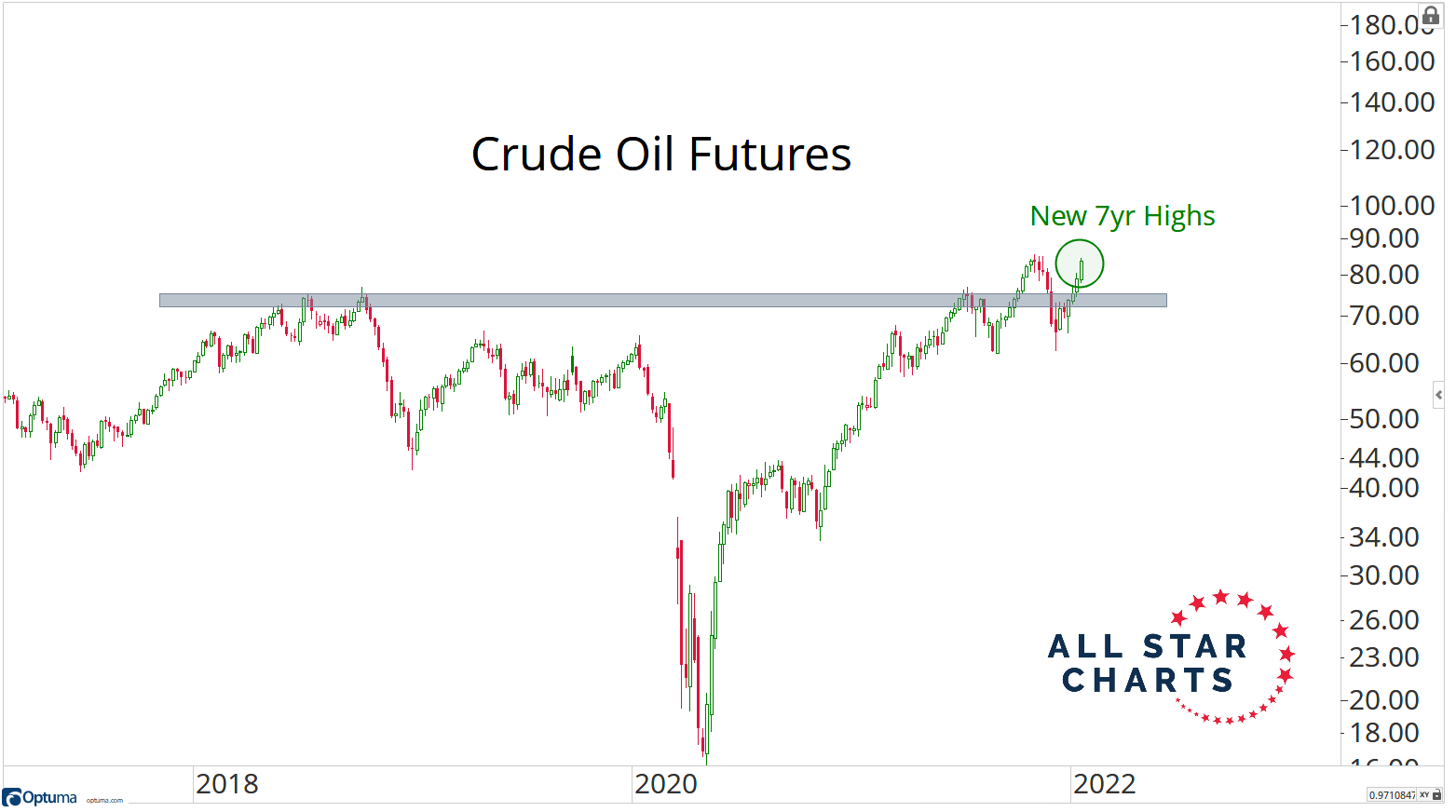 Financials historically also tend to do well when rates are rising.

And they have been.

Look at Regional Banks going out at new all-time highs….

So if interest rates are going up, is Copper ready to break out here relative to Gold?

This ratio and rates historically move together, so it would make sense: 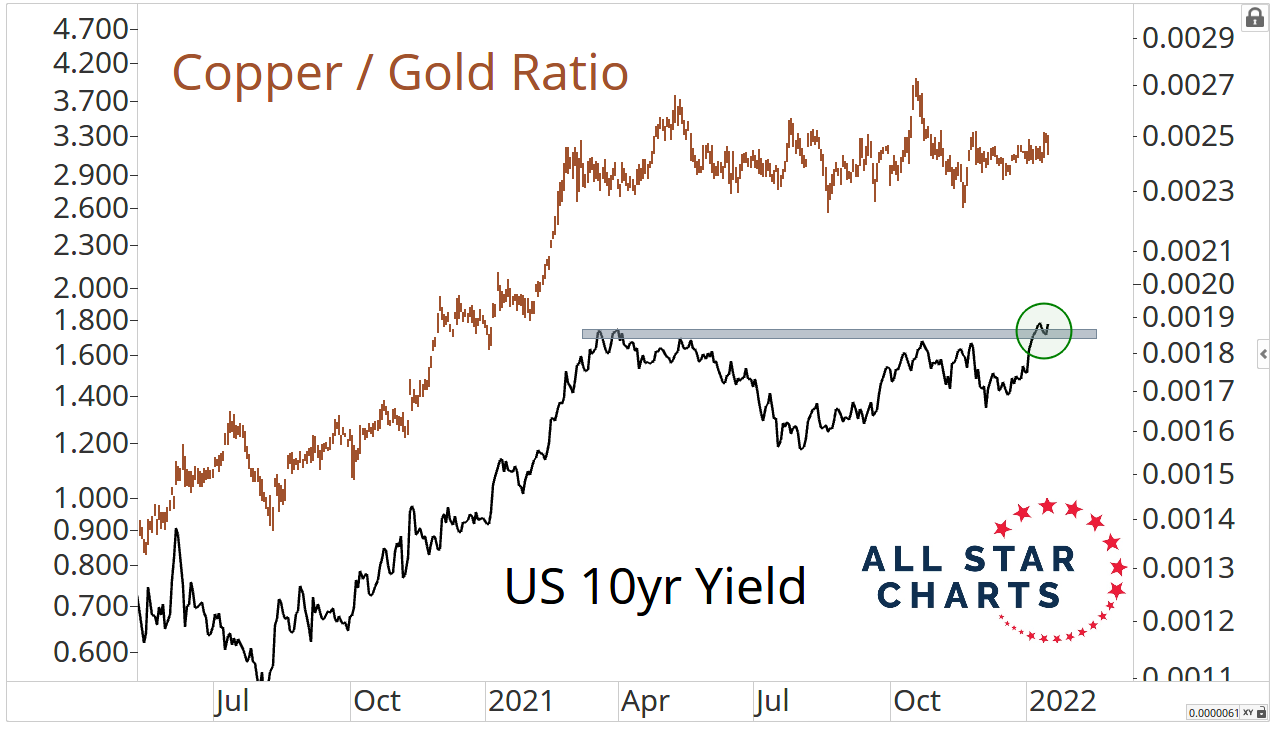 But this is especially critical as Copper on an absolute basis pushes up against all-time highs.

Is this historic breakout in Copper actually about to happen?

Gold is certainly doing its part by not earning any of its religious followers any money.

You could have been in almost anything else during this period and been profitable: 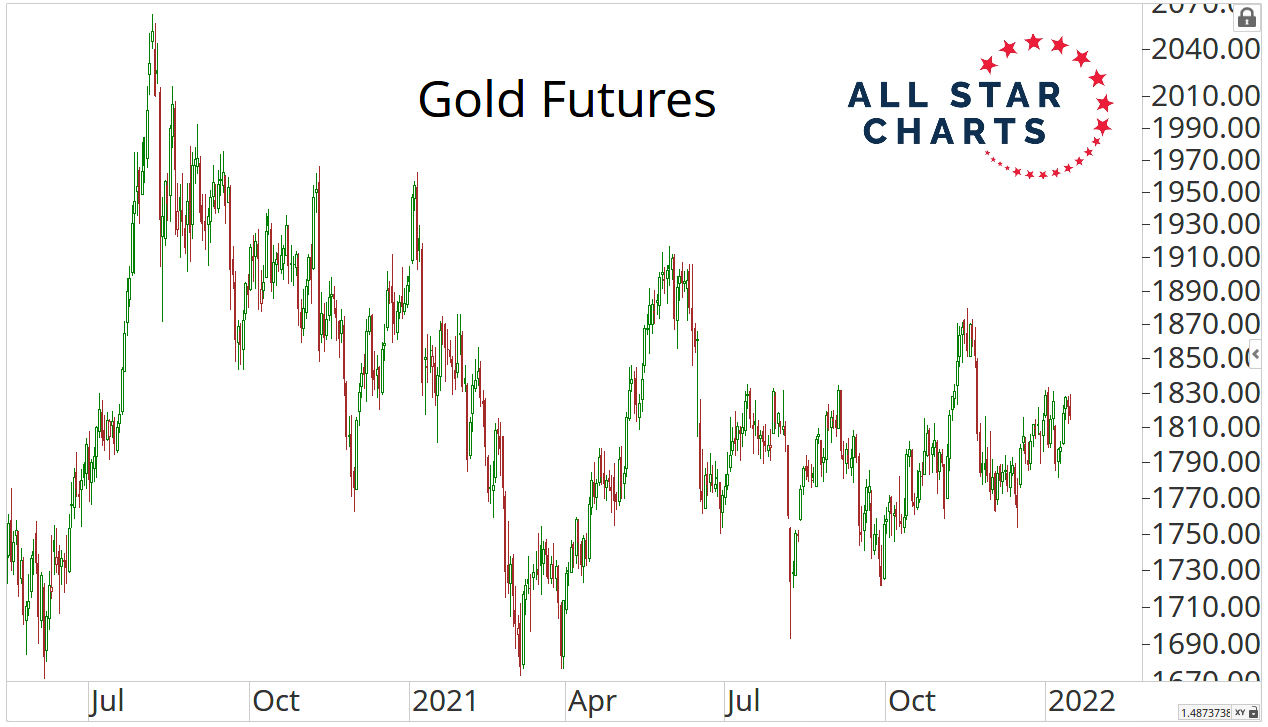 And on a relative basis, Gold and Silver just can’t get going. 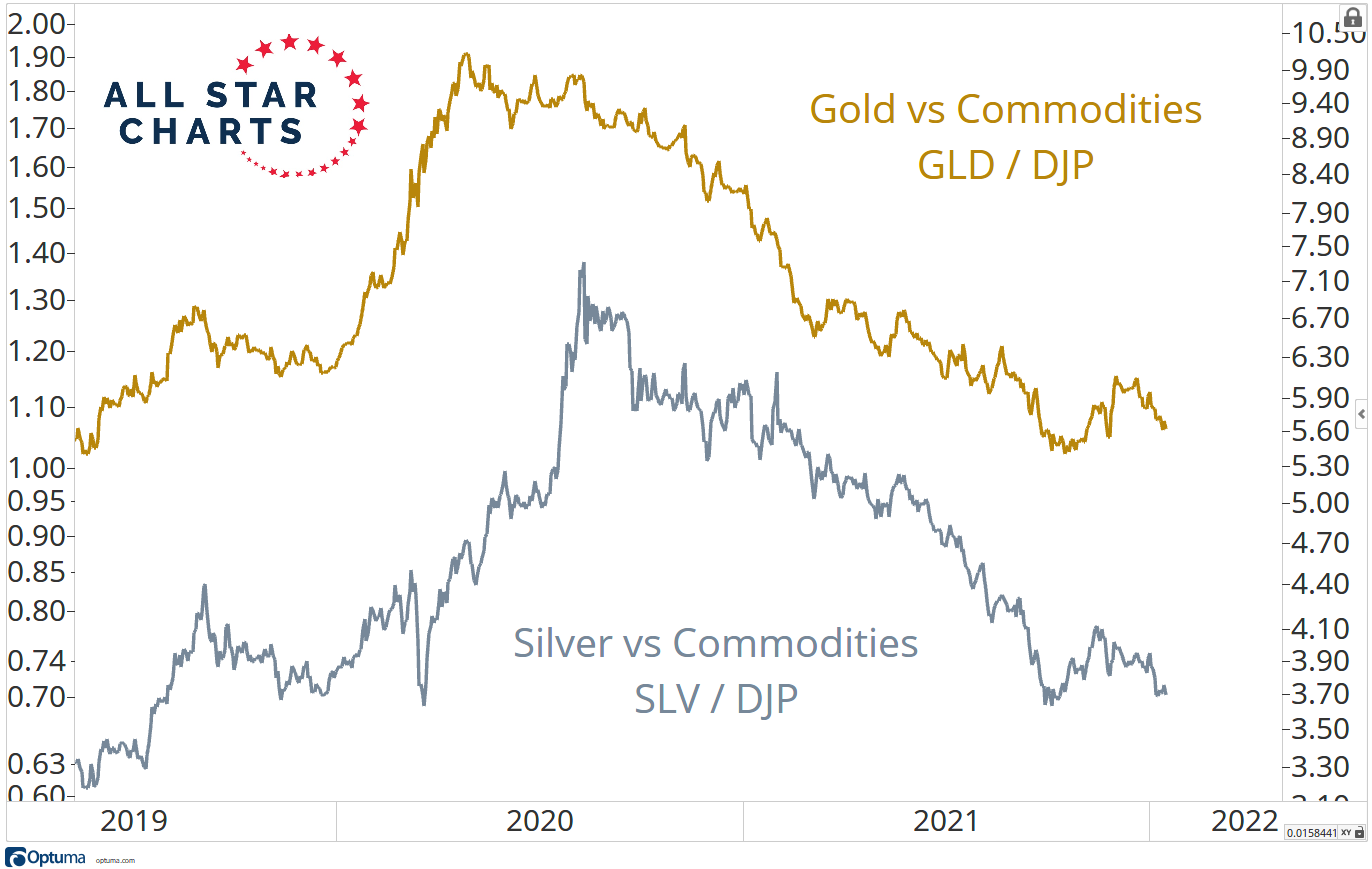 We’re seeing strong downtrends in Gold & Silver relative to both stocks and commodities.

If it doesn’t, and Gold starts to pick up the pace, then there could be a problem.

If Gold starts to outperform Copper, which by the way there’s no evidence of that at all, then it’s likely pointing to lower rates.

Bonds are probably doing well in that environment.

Stocks most likely are not.

But we’ll cross that bridge when we get to it.

Right now, the trends are up for the more Value-oriented stocks, sectors and countries.

On Tuesday night we’ll be going over our favorite ways to take advantage of the current market trends.

Premium Members can register here, if you haven’t already.