It looks to me like the US Stock market is finally joining this Bearish Divergence party that we’ve seen throughout Europe this year. I think this is a development that is definitely worth paying attention to. You see, when prices in a given asset class make new highs, we also want to see momentum putting in higher highs. When momentum diverges, it’s a heads up that something isn’t right. Think about it, when you throw a tennis ball up in the air, momentum in the speed of the ball is going to slow before it eventually hits its peak and reverses right? Same thing in markets.

In our case, we use the Relative Strength Index (RSI) as our momentum indicator of choice. We saw this oscillator diverge out in Europe throughout January, and we’re currently watching the consequences. The EuroStoxx50 is down over 8% for February. Italy is down over 13% from its January highs, Spain is off more than 10%, and even the “quality”, Germany and France, came off 6% and 7% respectively. All of these following bearish divergences between price and momentum.

Now we’re seeing this develop in the US. Take a look at RSI this week make a much lower high as prices started the week off with fresh highs before rolling over. The divergence is clear and is a major warning sign for us. 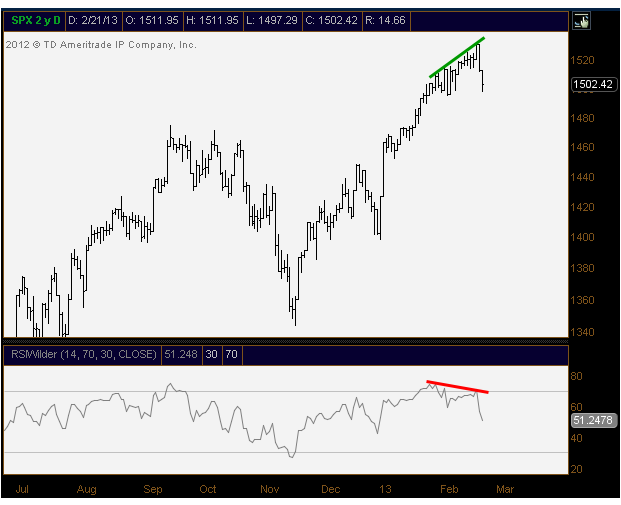 We’re also seeing this development in a few of the other averages. Here are the Midcaps and Transports as two more quick examples: 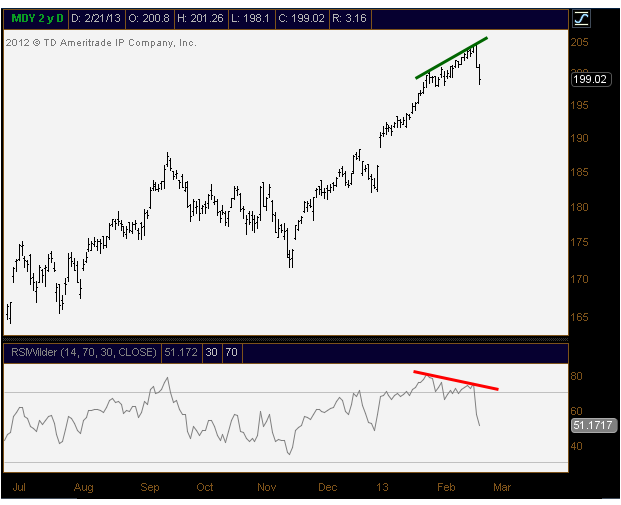 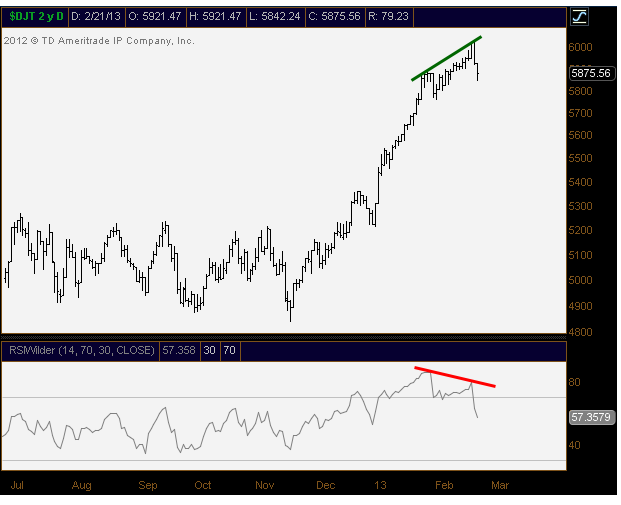 I think it’s important to point out that this is happening. Last summer we saw the complete opposite occurring. Prices in S&Ps were making new lows into early June while RSI was putting in a higher low. While everyone was worried about Europe splitting up and the S&P500 breaking below the 200 day moving average, momentum was telling us that things were much better than the headlines would represent. In fact, Oil and Precious Metals were putting in Bullish Divergences as well. So I think it’s only fair that we mention the bearish side of it now.