I wanted to do a quick follow up to a post I put up last week titled, How My Favorite Trade Sets Up: Euro Edition. I’ve never live blogged a trade as it happens. I usually talk about it as it sets up or after it breaks out. But I think this is cool and will probably do it again in the future.

Anyway, the basic premise of this trade is that from false moves come fast ones in the opposite direction. I have been, and still am, under the impression that this fresh multi-year low in the $EURUSD is only temporary and that a big rally is coming.

You can go back to last week’s post for all the reasons, but basically momentum has turned up not confirming the fresh lows in the Euro and volume in the ETF has disappeared, signaling to us that the sellers are getting tired of selling. 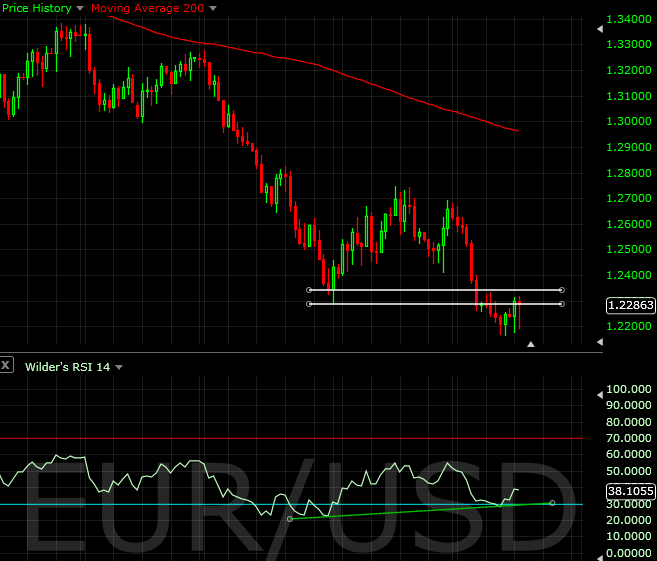 We’re still looking for 1.2345 in $EURUSD and $123 in FXE for confirmation of a move higher. But everything we’ve seen since last Tuesday is telling us that we’re probably going to be right on this one. Selloffs are getting bought, and we keep bumping up against this key resistance. The more times this level is tested, the higher the likelihood we break though. The consequences of a breakout above this resistance will likely be a fast and vicious short-squeeze higher in the Euro.

Do you know anyone who likes this thing? I don’t.

Now look at what the US Dollar Index ETF is doing in the meantime. Looks to me like a false breakout in $UUP that is about to get slaughtered: 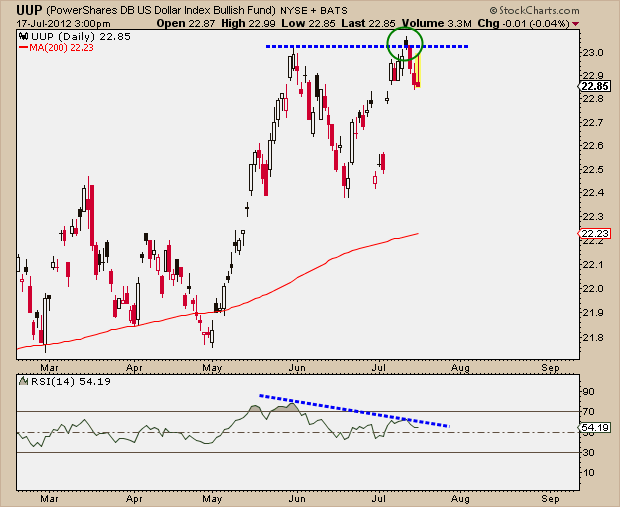 A drubbing of the Dollar = Euro rally and a huge positive for risk assets in general. Stay tuned…