With Memorial Day Weekend right around the corner, I can’t think of a better time to go over some of these emerging markets. Several of these countries have been making serious noise these days as the developed S&P500 struggles to stay a positive for the year.

One thing I try to emphasize is that not all emerging markets are created equal. Back in February and March, while most of the BRIC nations were breaking down to new lows, India was actually breaking out. That relative strength was pretty impossible to miss. Sure enough, India was tipping its hand and has been the big winner since then. Look at ETFs like the Wisdomtree Earnings Fund $EPI, the Powershares India Portfolio $PIN and the Market Vectors India Small Cap $SCIF on fire the last few months. 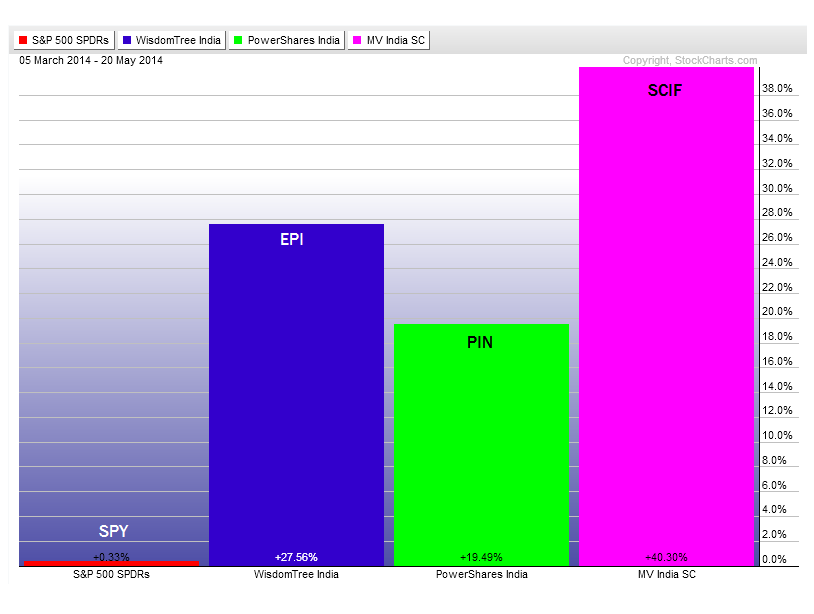 Emerging markets as a group, however, are still trying to get out of this long-term consolidation. You can see the symmetrical triangle well-defined by these two converging trendlines. Prices are currently attempting a breakout, but it’s hard to trust until we see the first higher high: 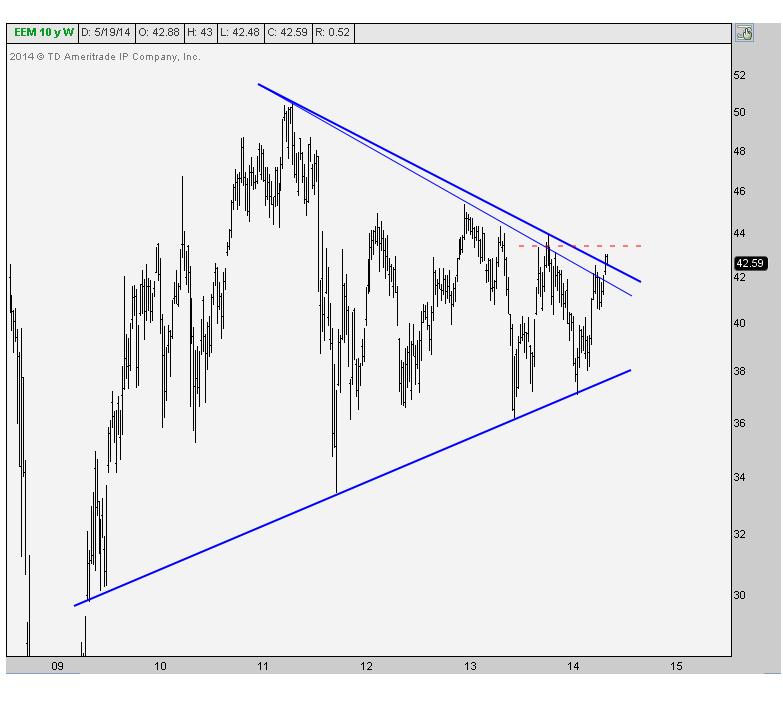 There are some strong positive correlations between emerging markets and copper in both the short and longer-term. Here is a weekly chart showing prices break down in March below key support that went back a few years. We are now back above those levels putting Dr. Copper on false breakdown watch. Long-term readers know that I prefer my false breakdowns to be accompanied by a bullish divergence in momentum, but unfortunately we don’t have that here: 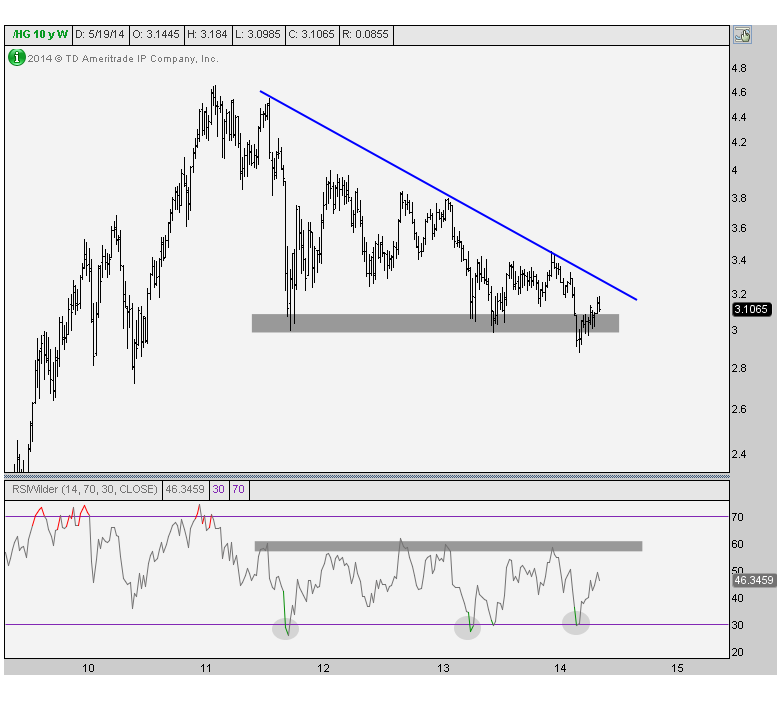 If emerging markets as a group are going to catch a sustainable bid, we want to see Copper take out this downtrend line from 2011. I also really want momentum to get out of this multi-year bear mode. We’re going to need to see RSI break above those highs shaded in gray.

Brazil is an important Emerging Market and the chart is interesting. After a break to new lows earlier this year, prices are now back above that support. This is a similar development to what we’ve seen in Copper. Not a coincidence. The problem is that we’re still below previously broken support levels and a downtrend line from 2011. The good news is we have a nice bullish divergence in momentum. This increases the likelihood of a breakout, but we need to wait and see: 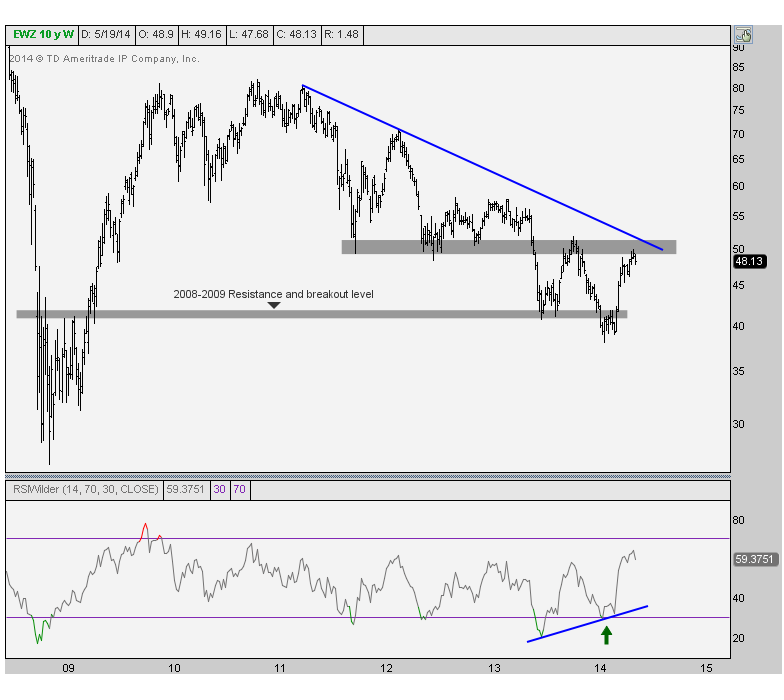 I think the most important thing to keep in mind here is my original point that not all emerging markets are created equal. There are charts like these above, where we have potential failed breakdowns and we’re just waiting for downtrend lines to break. But there are countries out there in the EM space that look completely different.

Look at the potential triple bottom/head & shoulders in Peru $EPU. Look at the new highs being made in Egypt last week after rallying 100% since last summer. We’re now hitting levels in $EGPT not seen since March of 2011. The Philippines are also rocking up close to 20% for the year.

There are some names that are not necessarily correlated to S&Ps and have more exposure to Mining, for example, in the case of Latin America. I think there are opportunities both long and short in this space. But I would keep a close eye on the $EEM chart above and see if they can break them out of this massive consolidation. That would be extremely constructive for the group.

In the meantime, don’t be afraid to look at some of the smaller Emerging Markets. It doesn’t always have to be all about the BRIC nations. There are some less sexy names doing a lot of interesting things right now. I’d be focused on the relative strength between them, just like we saw in India a few months ago.