As bad as the Emerging Market space has been, not all of them are as horrible as they may seem on the surface. Within the EM space, there is some strength on a relative basis, specifically in India. Not so much in Russia.

Here’s what I mean. Take a look at a chart of India relative to the MSCI Emerging Markets Index. You see how last year prices broke down below major support that goes back to 2008 & 2009. That quick reversal back above these levels was the catalyst for India to breakout this year above a multi-year downtrend line: 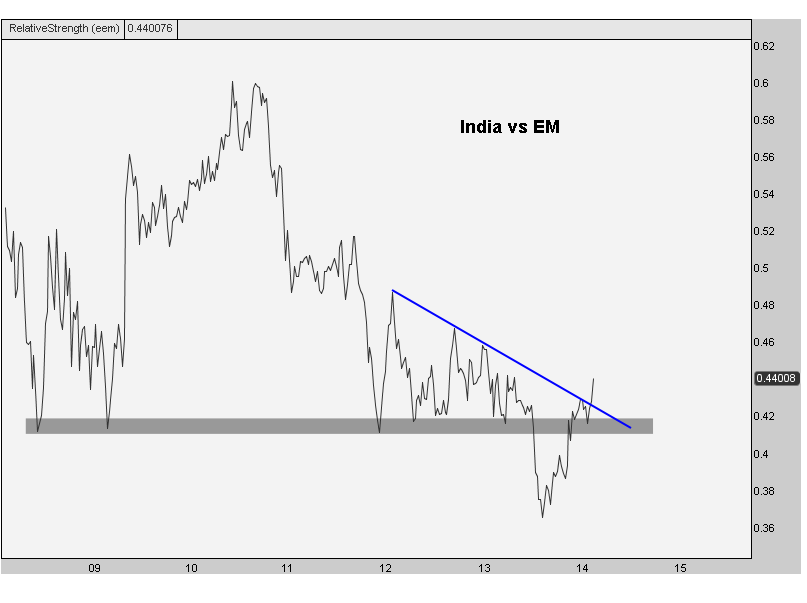 It looks to me like India is the big winner relative to the whole Emerging Markets space. Here is the pure price action showing India bumping up against a major downtrend line from 2010. Just like in the relative chart, I think that false breakdown last year could be the catalyst to really send this one higher: 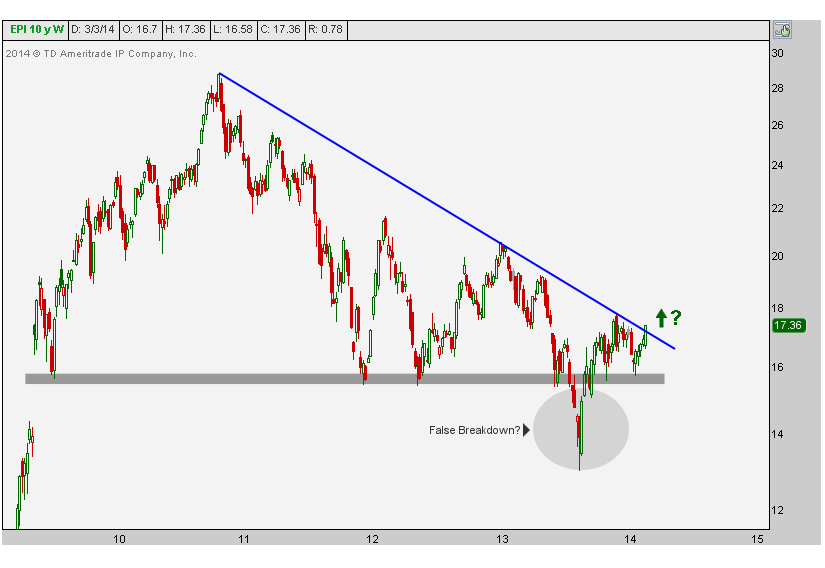 Now look at Russia making new lows relative to the Emerging Markets as a group: 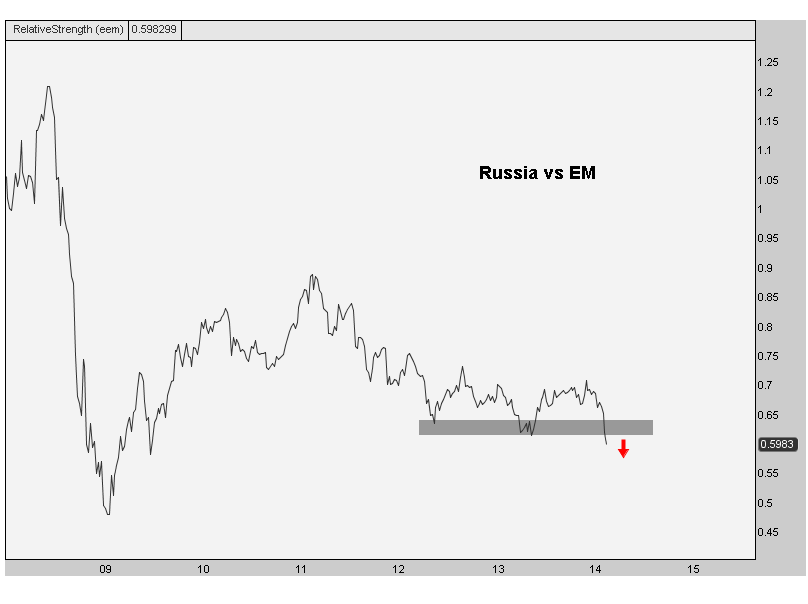 And look at the breakdown in price. How much stronger does India look compared to this chart? 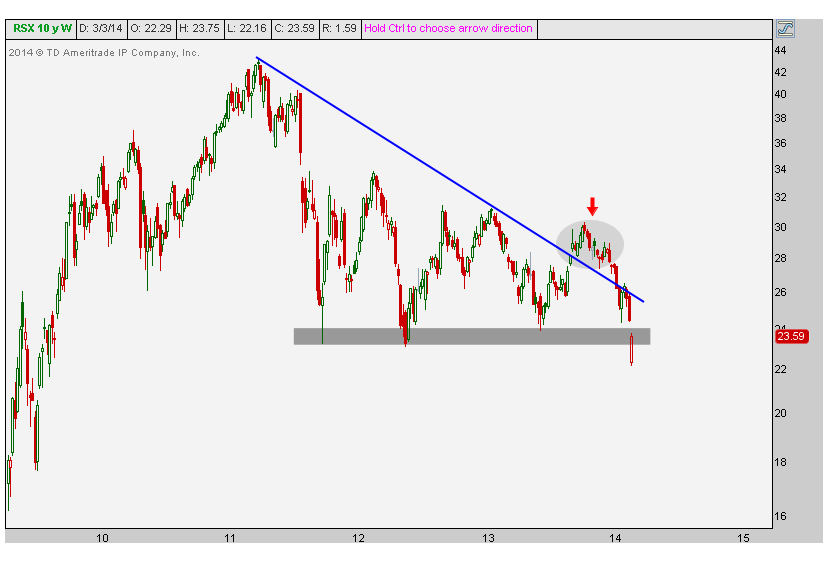 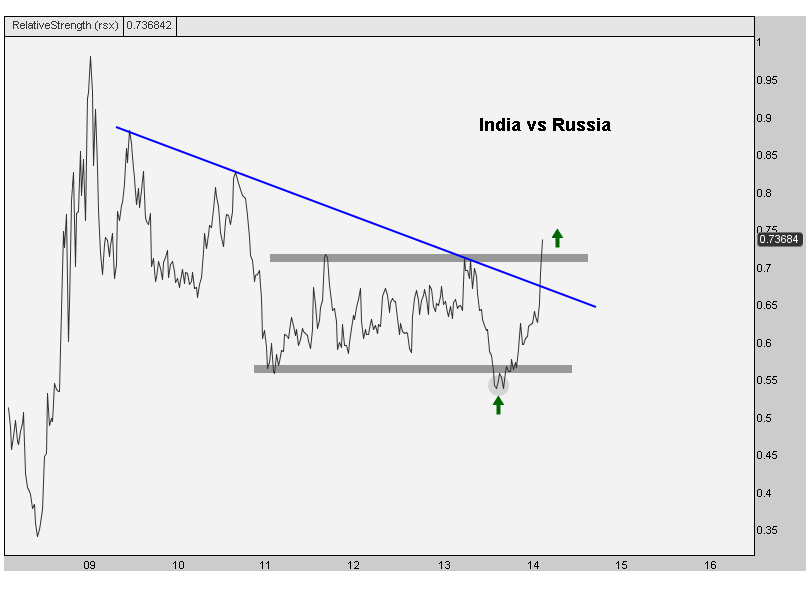 I think there are opportunities in some of the individual countries relative to the EM space. Remember our denominator in a trade doesn’t always have to be US dollars. You can sell short something else if the price action makes sense. In this case $EEM or $RSX.