Yes, this is a problem.

You see the indexes, although often discussed and traded as individual securities, are in fact are a basket of stocks. The holdings within these baskets impact the direction of the index itself. A great example of this is the effect that America’s favorite stock $AAPL has on the major averages. There are estimates that if $AAPL was part of the Dow 30, we would be approaching historic highs for the index. But it’s not. The Nasdaq100, however, has plenty of Apple stock. More than it knows what to do with actually, so the weighting keeps getting readjusted. And sure enough, the Nasdaq100 ($QQQ) is sitting at decade highs, over 25% above its 2007 peak. The Appleless Dow Industrials are no where near their ’07 highs.

The point is that the components of these averages take them higher or drag them lower. The less and less stocks making new highs, the more vulnerable the average. When new highs are made in the S&P500, you want to see an increased number of components making new highs as well. When you see less, the internals are weakening.

We saw this phenomenon in 2007. I remember joking around with Josh Brown at the time saying that if you weren’t trading $AAPL, $RIMM, $AMZN, $GOOG or the Ag names, don’t even bother coming to work. The reason was because those were the only stocks still heading higher. The banks had already rolled over and it was clear that less and less stocks were making fresh highs. Sure enough, the top of the market was near and stocks eventually got decimated.

The opposite was also true in the Fall of 2008/Spring 2009. As some of the averages were making lower lows in early 2009, there were less and less stocks making new lows. Not only was this a sign that the bottom was near, but those components that held their Fall lows and made higher lows in the Spring wound up being the leaders off the bottom.

According to Ari Wald, Technical Analyst at Brown Brother Harriman, we have a similar divergence on our hands today:

“This is a bearish sign of selectivity that tends to occur when strength by big-cap stocks masks weakness in the broader market,” he warns, adding that this sort of behavior is typical of “a tired trend, and becomes worrisome when it persists through longer periods.”

The answer is YES. This is something to be concerned about. 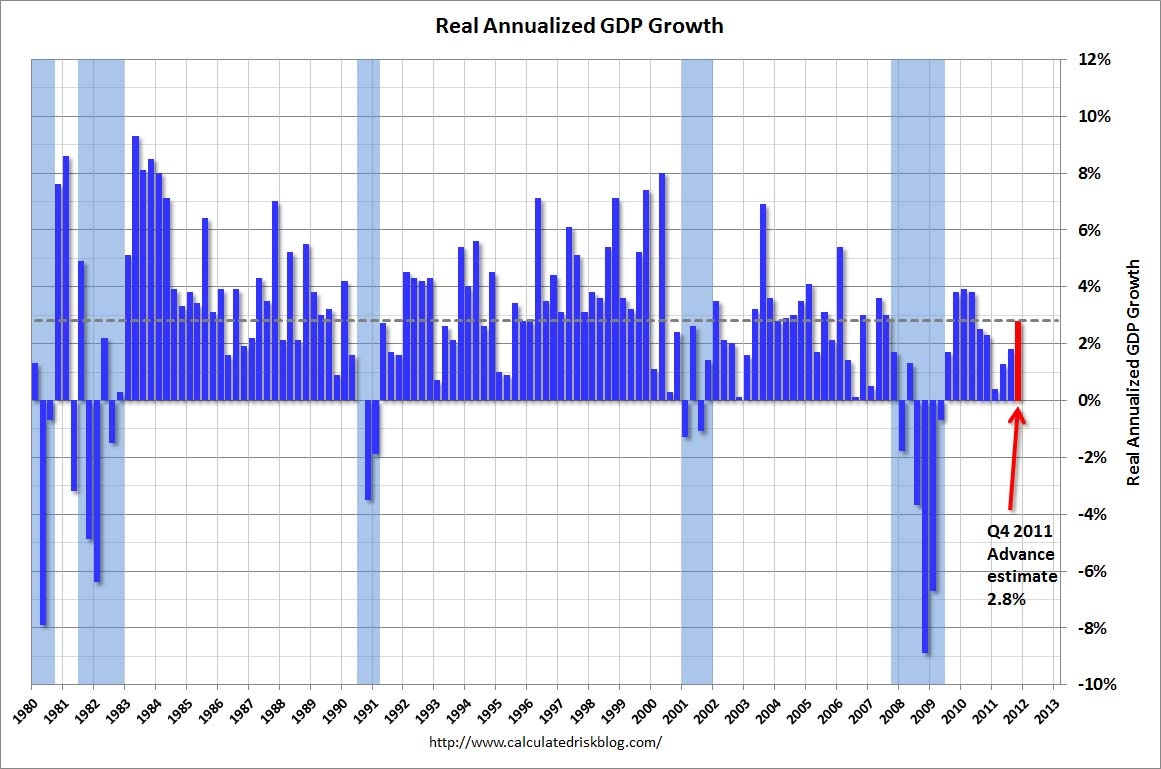 This chart just came into my inbox from Silicon Alley Insider.

Apple is now worth twice as much as Google: 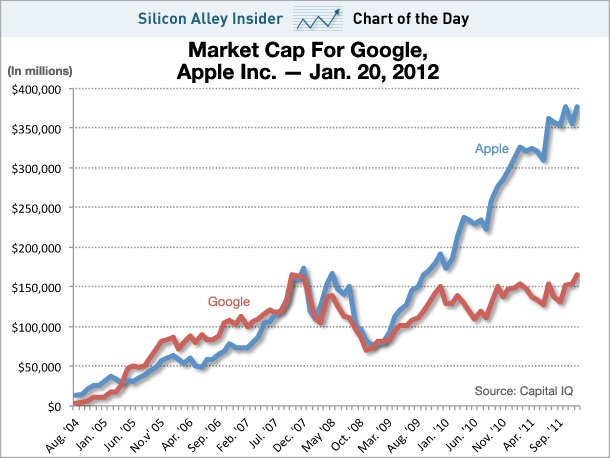 Apple is Now Twice as Valuable as Google (SAI) 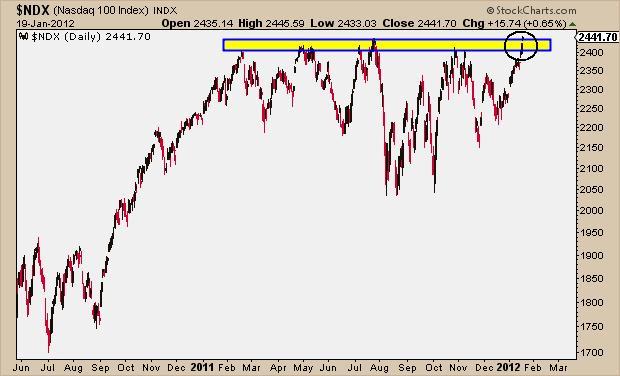 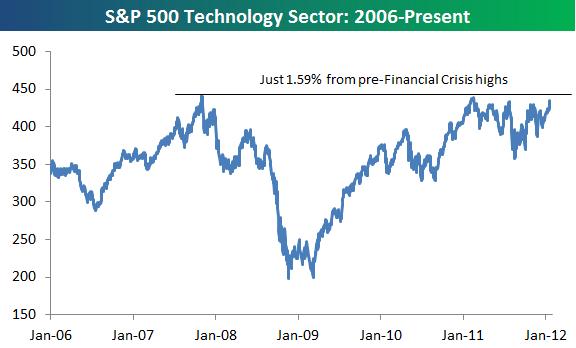 This is going to be resistance test number five for the Nasdaq100. We’ve been watching the area in the high 50s for an entire year now. Two Months ago I mentioned that I felt the Large-cap, Tech-heavy Index was setting up for a Monster Breakout. Once again, these levels are coming into play: 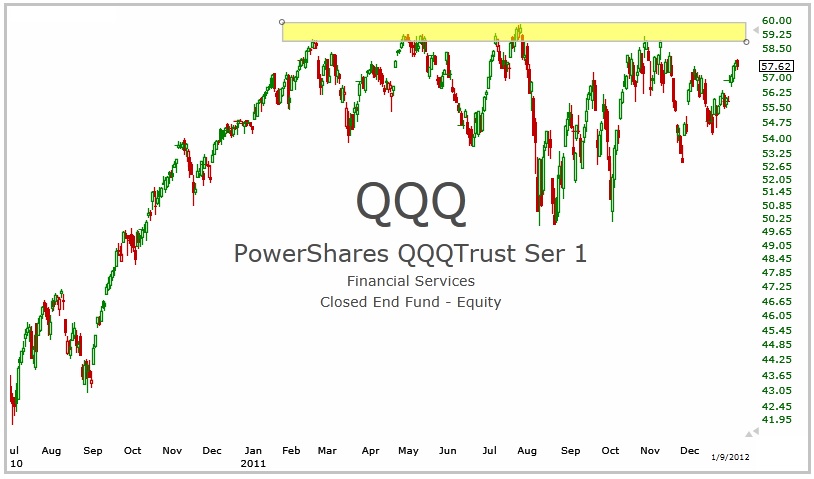 I don’t think this one is really that complicated. We have a fixed level of resistance where the bears have outnumbered the bulls in every test going back a year. We have a series of higher lows that takes us back to the end of the summer which shows us that the bulls have been getting more and more anxious with each decline.

The More Times that a Level is Tested, the Higher the Likelihood That it Breaks

Let’s be a little bit conservative with our numbers and call the important lows near $54 for $QQQ and highs around $59. The measured move on a breakout should then take us a touch above $5.00 to somewhere in the mid-$60s..

The action in the components will be essential here. $AAPL and $GOOG each made new highs yesterday before reversing lower. For the Nasdaq to do its thing, you want to see breakouts hold in those kind of names.

Stay tuned, because I think it’s only a matter of time before we see fresh 11-year highs for the Nasdaq100 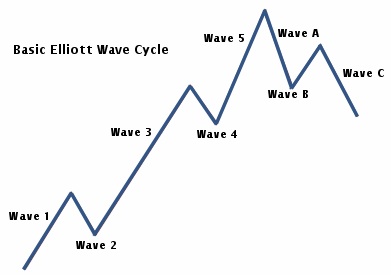 Monthly Sector Leaders Hint the Worst Ain’t Over Yet (DragonflyCapital)

Why does an NYC Medallion cost $1 Million – Price Chart (CarpeDiem)

All Eyes on Spot Gold and Silver (SlopeOfHope)

$NFLX – How quickly the Mighty Can Fall (Bespoke) 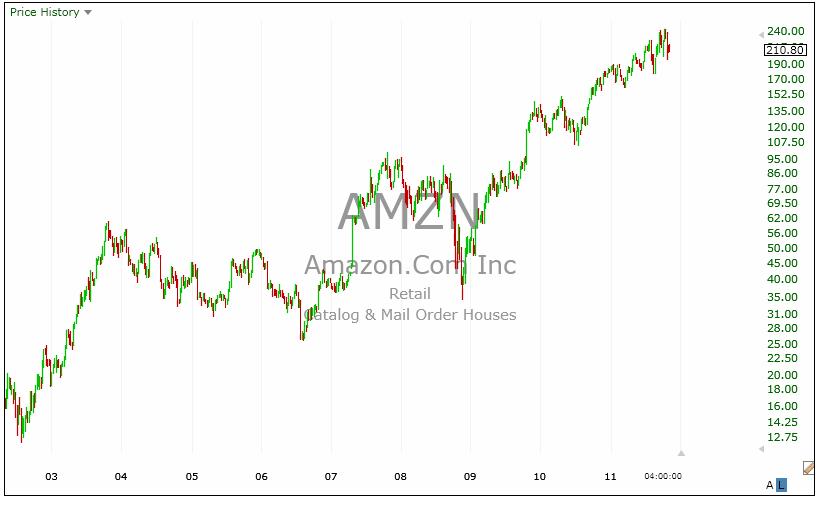 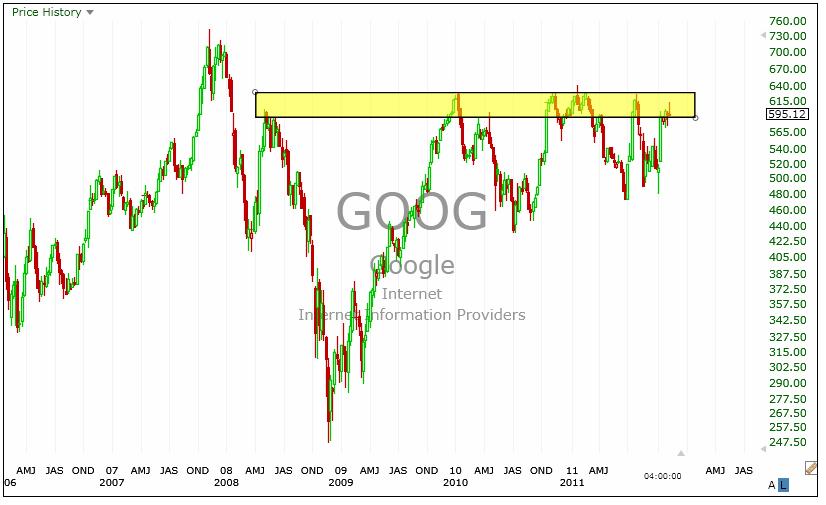 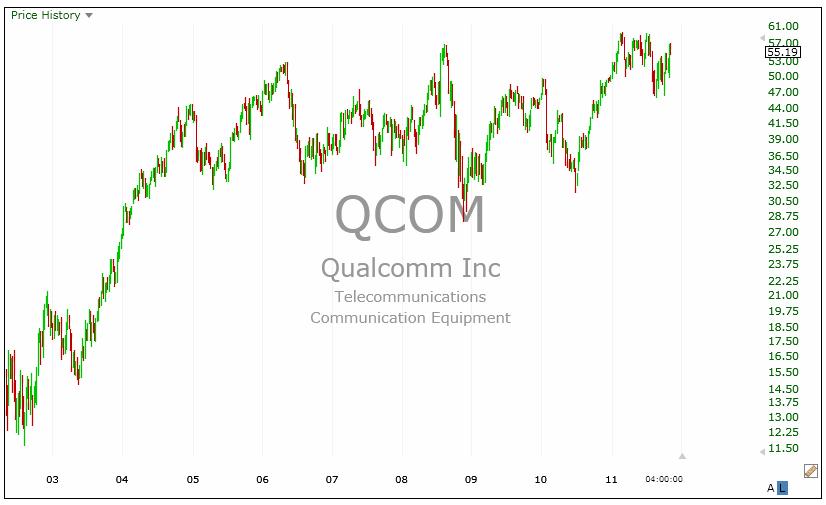 This morning we discussed the recent relative strength of the Nasdaq100 vs S&P500. Meanwhile the Nasdaq has been underperforming the S&P all day today. The leaders in this space turned negative early as my buddy ZorTrades pointed out earlier (see here). $AAPL, $NFLX, $GOOG, $BIDU all down.

Since June, the Tech heavy index has been doing very well compared to the rest of the market. The guys over at Bespoke Investment Group nailed it with their chart of Technology’s Relative Strength compared with the struggling Industrials.

They go on to note that:

“Typically, the Technology sector is strongest during the fourth quarter, but this year the sector appears to have gotten a head start on its seasonally strong part of the year (that is until today at least).”