After rallying more than 13% over the past three months, EUR/GBP looks to be setting up on the short side.

Structurally this market has been in a downtrend since 2009, with selling accelerating further in late 2014 as support near .7750 failed to hold. After consolidating above .6930-.70 throughout the majority of 2015, prices moved to new highs and rallied back into broken support. END_OF_DOCUMENT_TOKEN_TO_BE_REPLACED

Have you guys been watching this thing? What a train wreck. We always say that the more times a level is tested, the higher the likelihood that it breaks. And the Pound against the US Dollar, or Cable, is down to the same support level since 2010 for the 6th time. Count them – six times. It’s rare to see something test the same support (or resistance) this many times. Check it out: 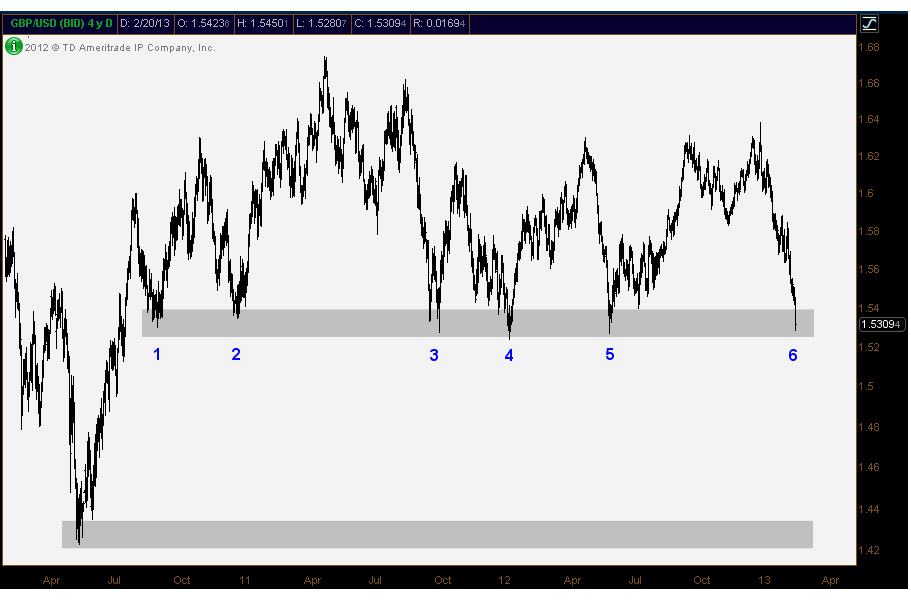 The psychology behind this is pretty simple. There are buyers surrounding this 153 area, or there have been at least. For whatever reason, the buyers stepped in to buy in September of 2010. After a brief rally, the market corrected once again and the buyers came back at the same 153 and change level. Fast forward almost a year and the buyers came back. And back again a few months later for the 4th time. And again last June for the 5th time.

There comes a point where anyone willing to buy down here at this price will have already bought. The more times the level is tested, the less and less buyers that are left to buy. Now that we’re here at test number 6, it just seem inevitable to me that it breaks.

Could we get a little bounce here before the buyers completely dry up? Sure. But I would be surprised if this thing didn’t crack soon…

Also make sure you check out the Pound against the Euro. Interesting action there as well. 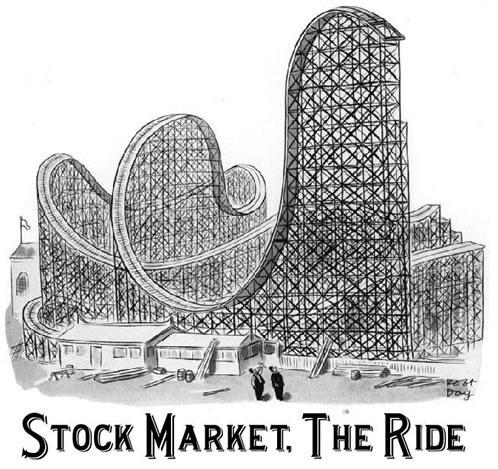 Greg Harmon on How to Play $GS After Earnings (DragonflyCapital)

Peter Lee, technical analyst for UBS thinks the recent breakout in market breadth could be signaling another rally (Bloomberg)