After rallying more than 13% over the past three months, EUR/GBP looks to be setting up on the short side.

Structurally this market has been in a downtrend since 2009, with selling accelerating further in late 2014 as support near .7750 failed to hold. After consolidating above .6930-.70 throughout the majority of 2015, prices moved to new highs and rallied back into broken support.

Despite this aggressive rally, momentum failed to reach overbought territory and prices closed back below support outlined in gray (.7750) last week, suggesting this may be a failed breakout. 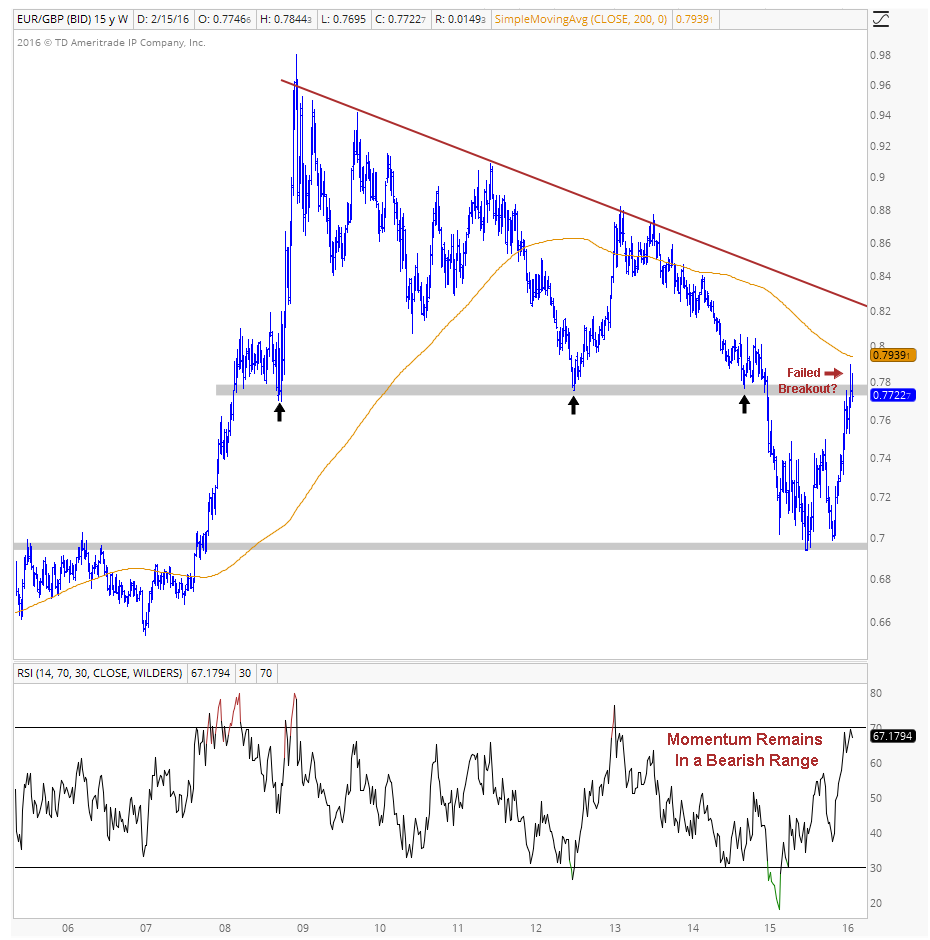 The eighteen month daily chart provides a more tactical view of this potential failed breakout. Prices traded in a range of .6950-.7450 for the majority of 2015 and held support once again in late November, sparking a 13% rally over the next three months. After trading briefly above the 2014 lows and 161.8% extension of the 2015 range (not pictured), prices are now threatening to break down, instead of out, of their “bull flag.” 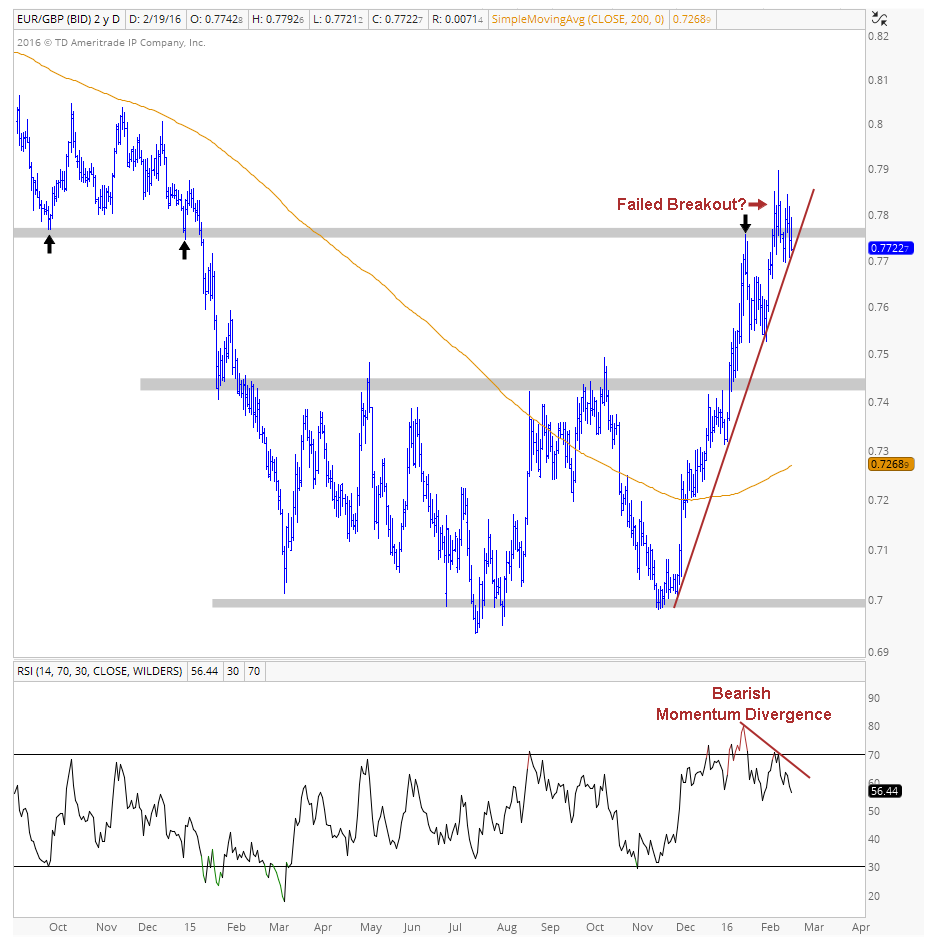 The most likely level of support to be tested is the breakout level near .74, at which it makes sense to reevaluate the trade based on how prices respond to that area of potential support.

The Bottom Line: The weight of evidence suggests that the risk/reward favors the short side of this market at current levels. Technically the failed breakout has already confirmed with prices closing back below the 2014 lows and January 2016 highs, but to keep it simple I’d personally wait for a close below the uptrend line from the November lows.

I think you can be short this market as long as we’re below the uptrend line and resistance outlined in gray (.7750-.7770), with a downside target of the January breakout level (.7420-.7450). At that point it makes sense to reevaluate the trade based on how prices react to that level. Ultimately it looks like that’s where prices are headed, and I think they get there fast.

JC here – I 100% agree with Bruni on this one. Something else I’d like to add is that the measured move based on the amplitude of the range in price throughout 2015 takes us to the recent highs. The math is about 0.045 + the breakout level = 0.7850. We hit that and are likely heading a lot lower in the Chunnel. I agree with Bruni here and would only be short if we are below the uptrend line from the November lows.