From the desk of Tom Bruni

Since the market’s volatility picked up in late January, one key piece of the bear thesis has been weakness in Technology, yet we’ve not seen a crack and flush lower. I don’t know about you, but I was promised a “Tech Wreck” and will not leave until we get one or Mr. Market provides me a refund.

Okay I’m being facetious, but in this post I want to outline what I’m watching and explore what the implications are if the potential bearish patterns in this sector don’t pan out.

END_OF_DOCUMENT_TOKEN_TO_BE_REPLACED

Tuesday morning I was asked to come on the Benzinga PreMarket Prep show for a brief Q&A session about how I approach the global markets as well as some of the details on the launch of our new Subscription based research service through Eagle Bay Solutions. Towards the end of the discussion we went over some of the ticker symbols that listeners were asking about as well as some correlation analysis between some of the different asset classes.

Here are some of the products that we’ve already launched.

Yahoo has had a parabolic run over the past two years to get back all the way to the early 2006 highs. The problem that I see is that when stocks return to a former level of resistance, especially of this magnitude, more often than not there is some sort of acknowledgement of that supply. Last time Yahoo was up here the stock fell 80%.

The first chart is a weekly bar chart of $YHOO where you can see prices returning back to those previous highs. This sell-off to start the week shouldn’t be that surprising: 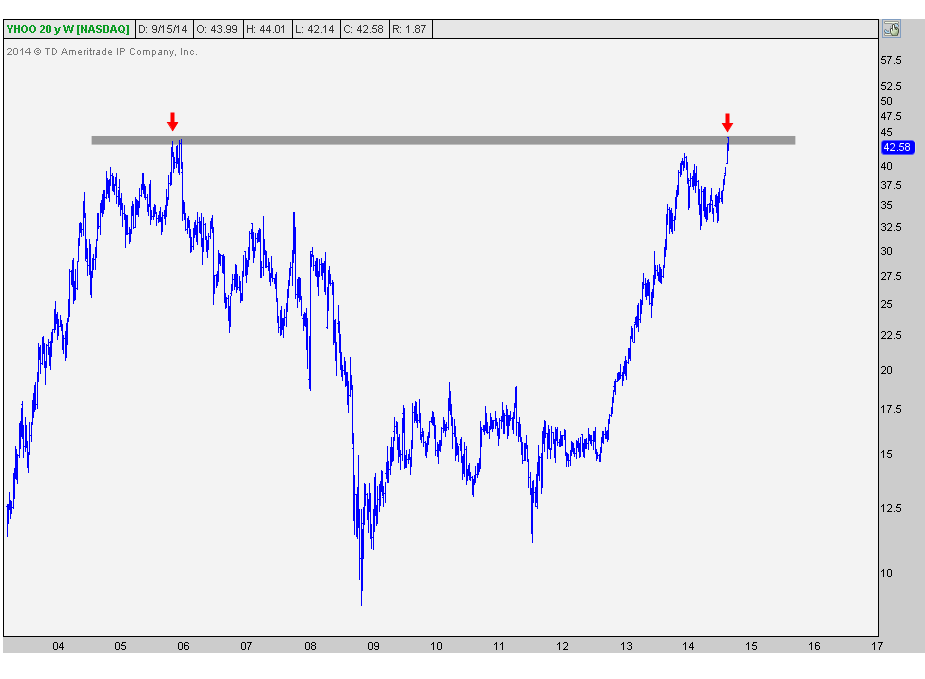 Short-term I think this $41 level is the key. This was resistance at the beginning of the year and the last thing the bulls want to see is this breakout fail. You know the old saying that, “From Failed Moves Come Fast Moves In The Opposite Direction”. As long as prices hold 41, the bulls short-term are still in good shape. But a breakdown below that and look out below. 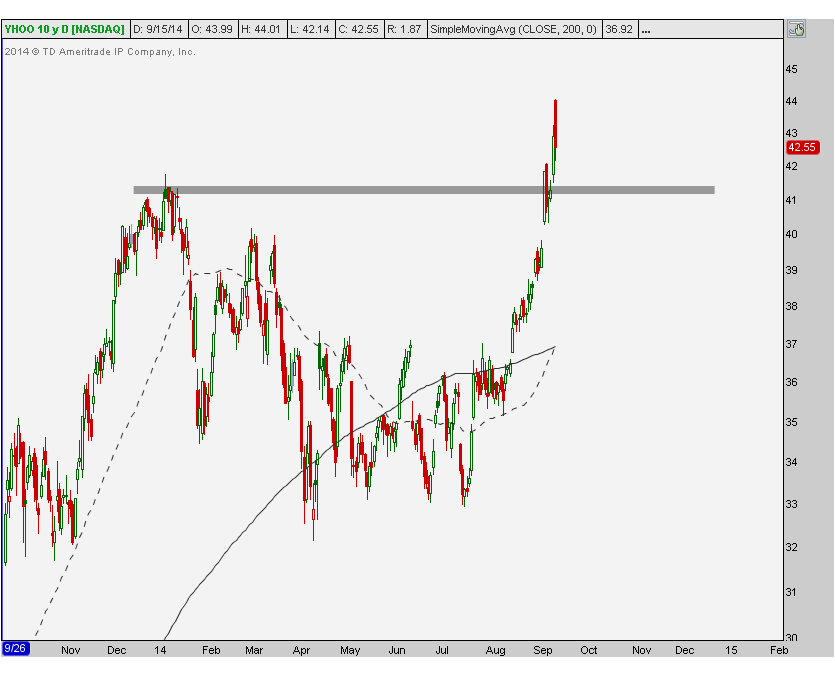 I think the most constructive chart structurally for $YHOO is the weekly chart relative to the S&P500. After being a serial underperformer since 2006, the relative chart broke out nicely last year and still looks like it’s got legs: 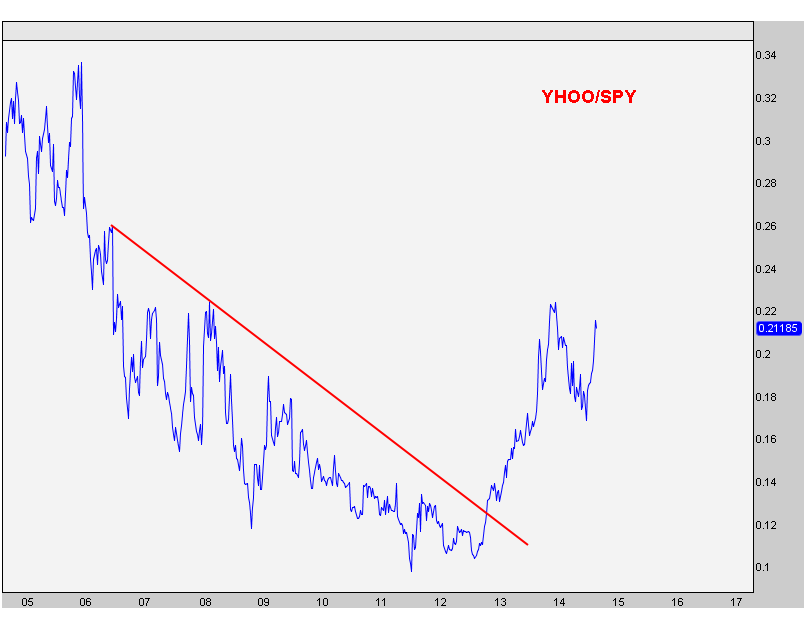 We like to incorporate a top/down approach and look at the markets from a structural perspective, and then work our way down to smaller time frames for execution and risk management. We have our levels as I mentioned above. I think there are potential longs as well as shorts setting up in this name. It’s important to keep an open mind and not be stubborn.

We only want to own $YHOO above the January highs. But from a risk/reward standpoint, based on the long-term weekly chart running into historic overhead supply, I’m not sure the risk/reward here favors the bulls. I’d keep a close eye on that $41 level to put stop losses and/or initiate shorts in the future.

I’ll try my best to update this chart upon further developments.

CLICK HERE to learn more about our premium services through Eagle Bay Solutions. We will be rolling out 2 new packages in the coming weeks: US Sectors & Sub-sectors and a Global Macro Product. Stay tuned. 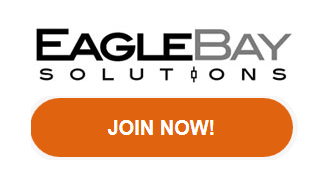