What do you want from me?

Do you want me to tell you that it’s just all rainbows and butterflies?

Is that why you come here?

Or is it because you know I don’t give a shit, and I’m just going to give it to you straight every time?

So here’s the deal.

We had a heck of a run. That was one of the best 1-year returns of all time.

What more do you want?

Give it a rest. Let Year 2 play out and see if it’s like all those others. So far it’s exactly like them.

We’ve seen a ton of relative strength out of the Value areas of the market: Financials, Natural Resources, Industrials…

Those are the areas where we’ve wanted to be as money has rotated out of Growth.

But now our upside objectives are getting hit all over the place. We laid all that out 2 weeks ago in great detail.

And now the Dow Jones Transportation Average was down this week, for the first time since January. The consecutive streak officially ends at 14 weeks of gains. 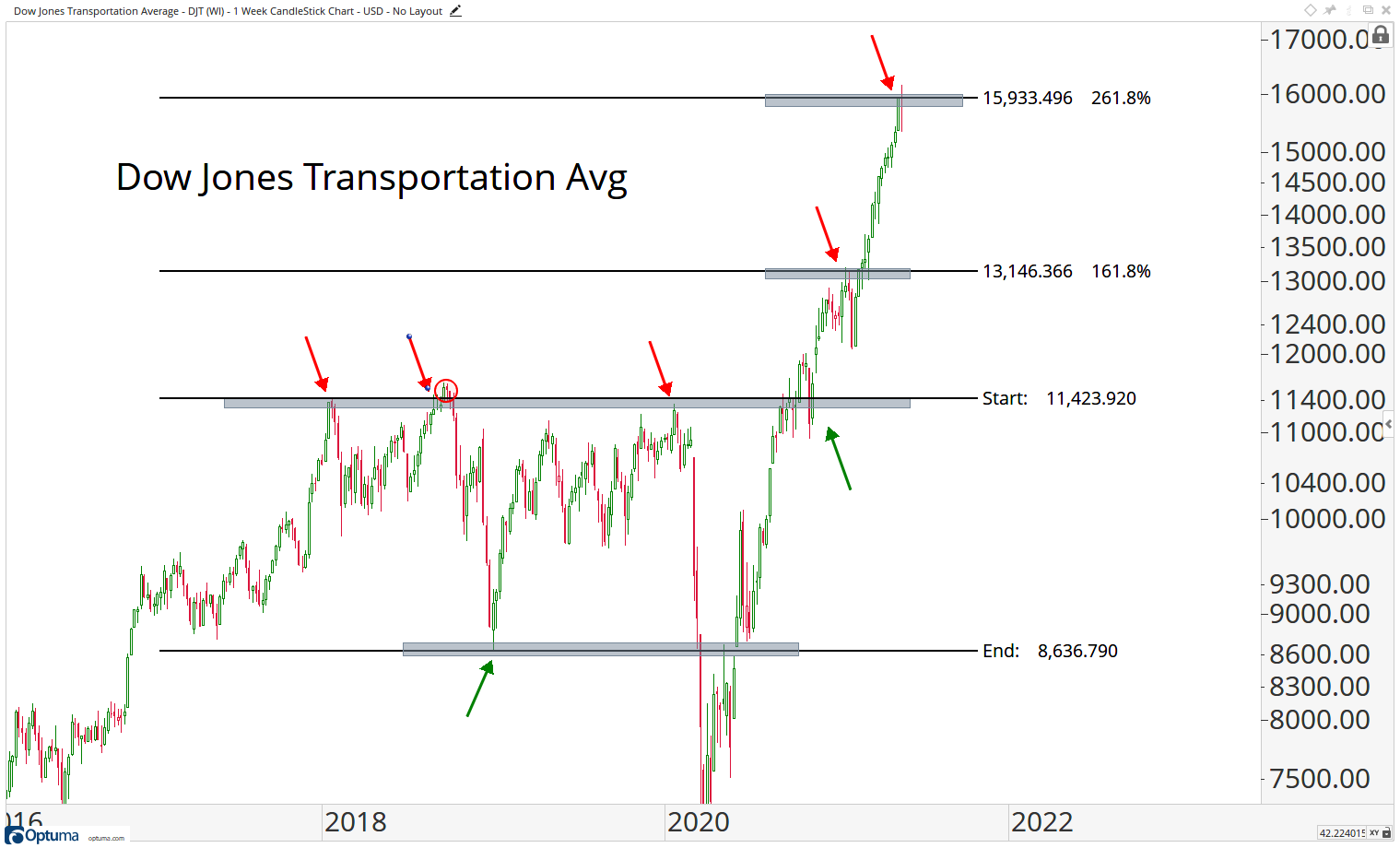 Is it just a coincidence that’s where the rally stopped?

How about the Dow Jones Industrial Average? 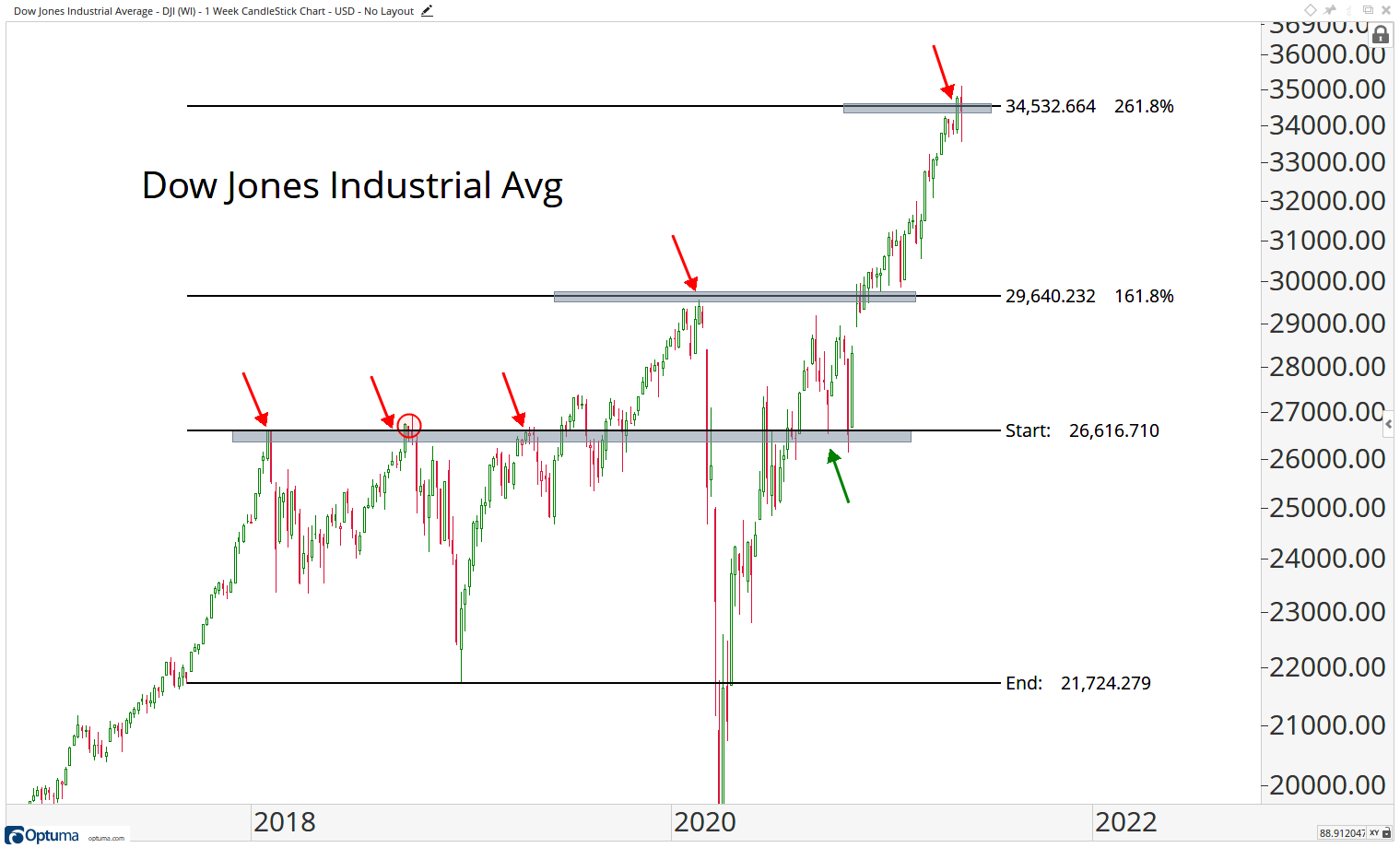 In my experience, this is not a coincidence.

We identify these levels for a reason. You can learn more about that math here.

How about those former leaders of the market. How are they looking? 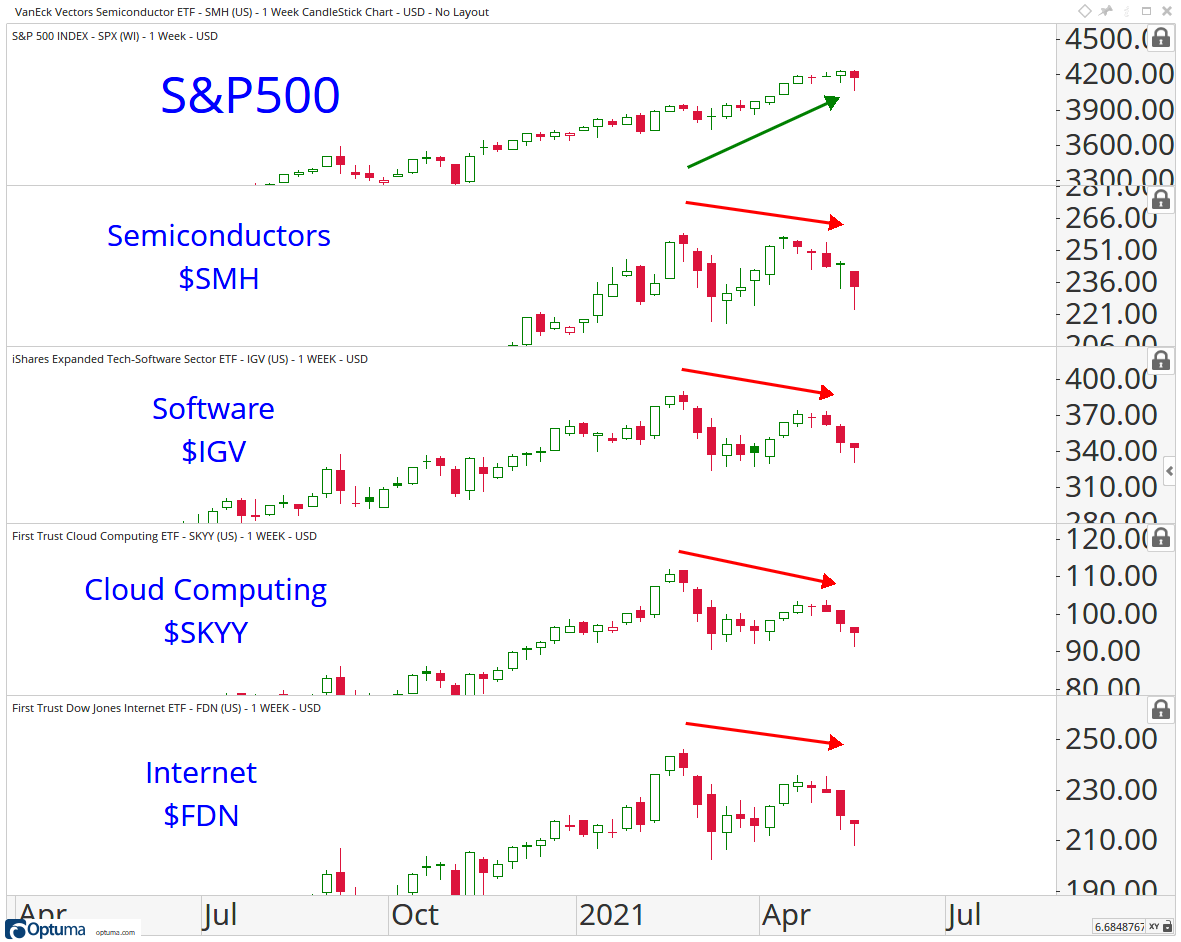 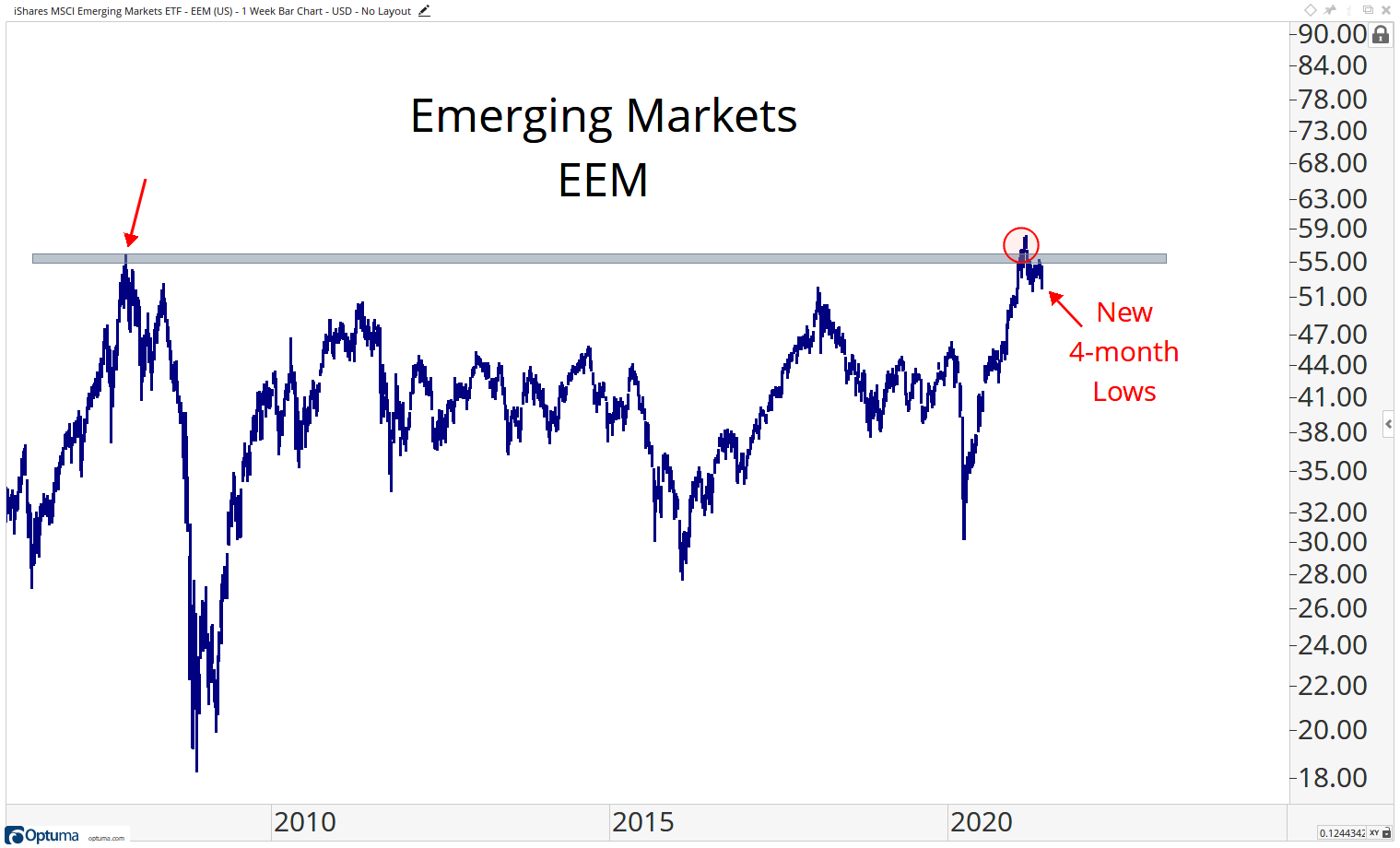 Is it a coincidence where Emerging Markets are struggling? Right below those 2007 highs?

In my experience, no it’s not just by chance.

What’s that mean for Freeport-McMoRan and that whole base metal trade? Hard to ignore that divergence: 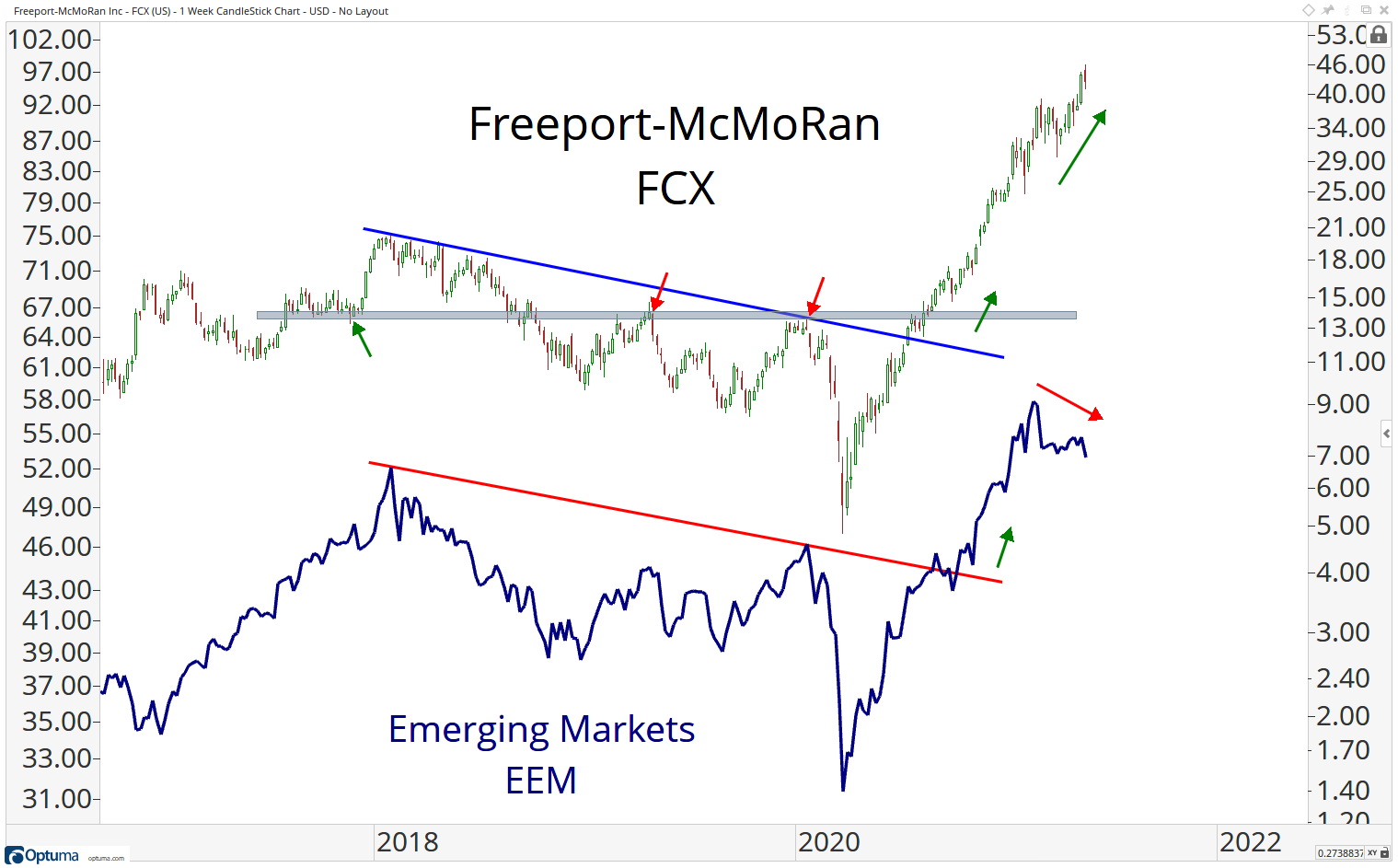 Copper made new highs. Is that sustainable?

What happens if we break back below those 2011 highs? What then? 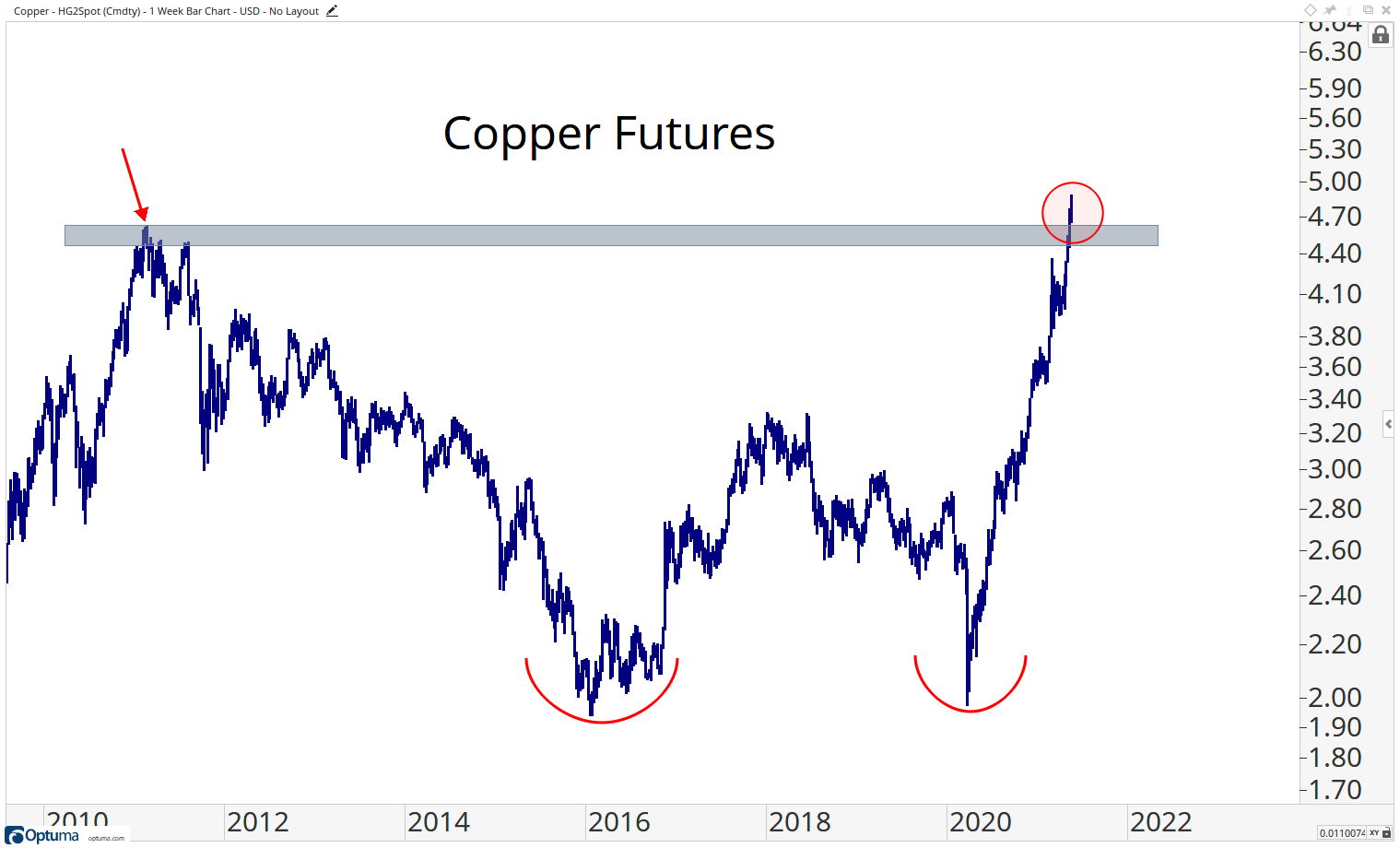 Because this chart looks an awful lot like when Gold got above its high last August, doesn’t it? 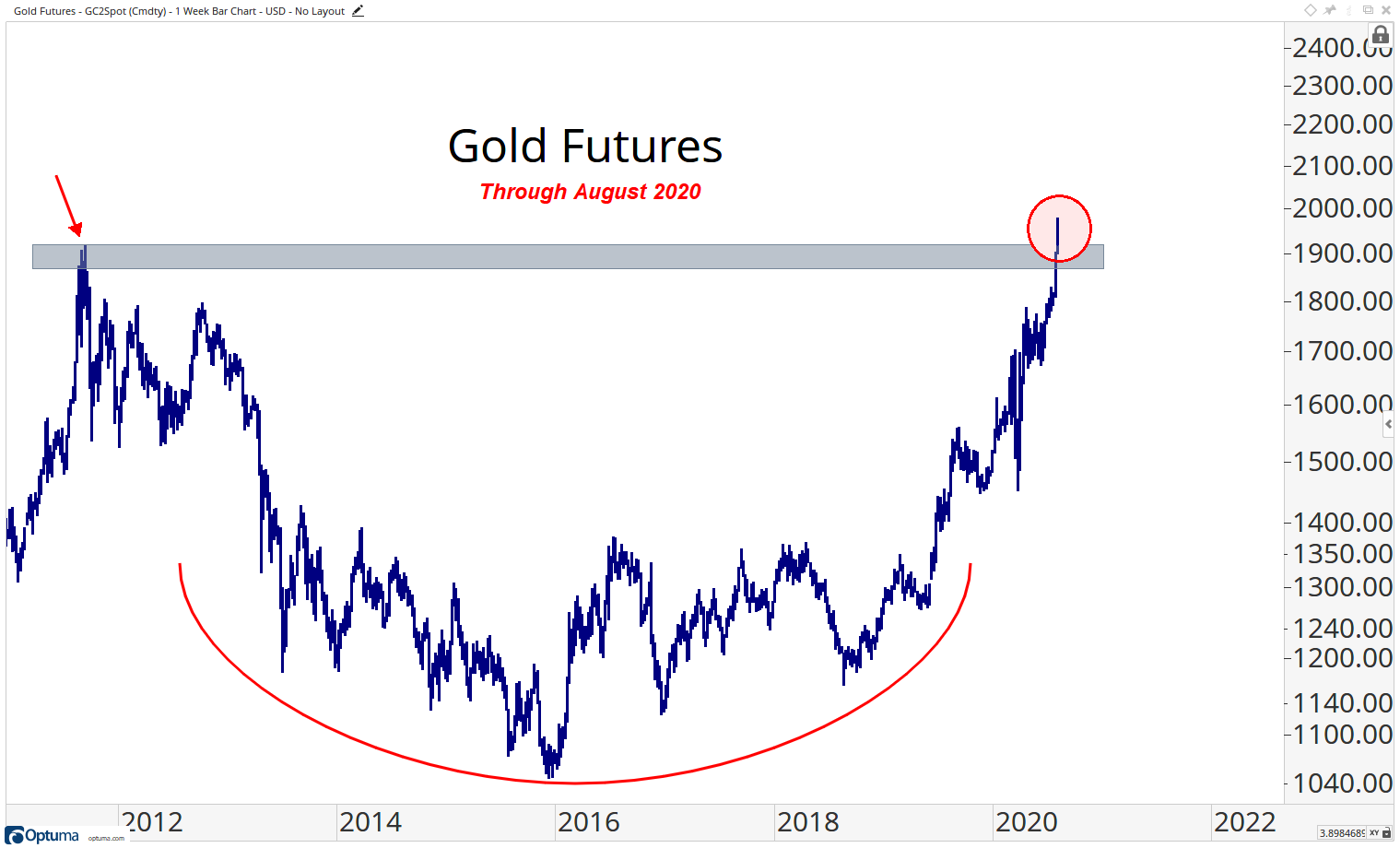 How’d that work out? 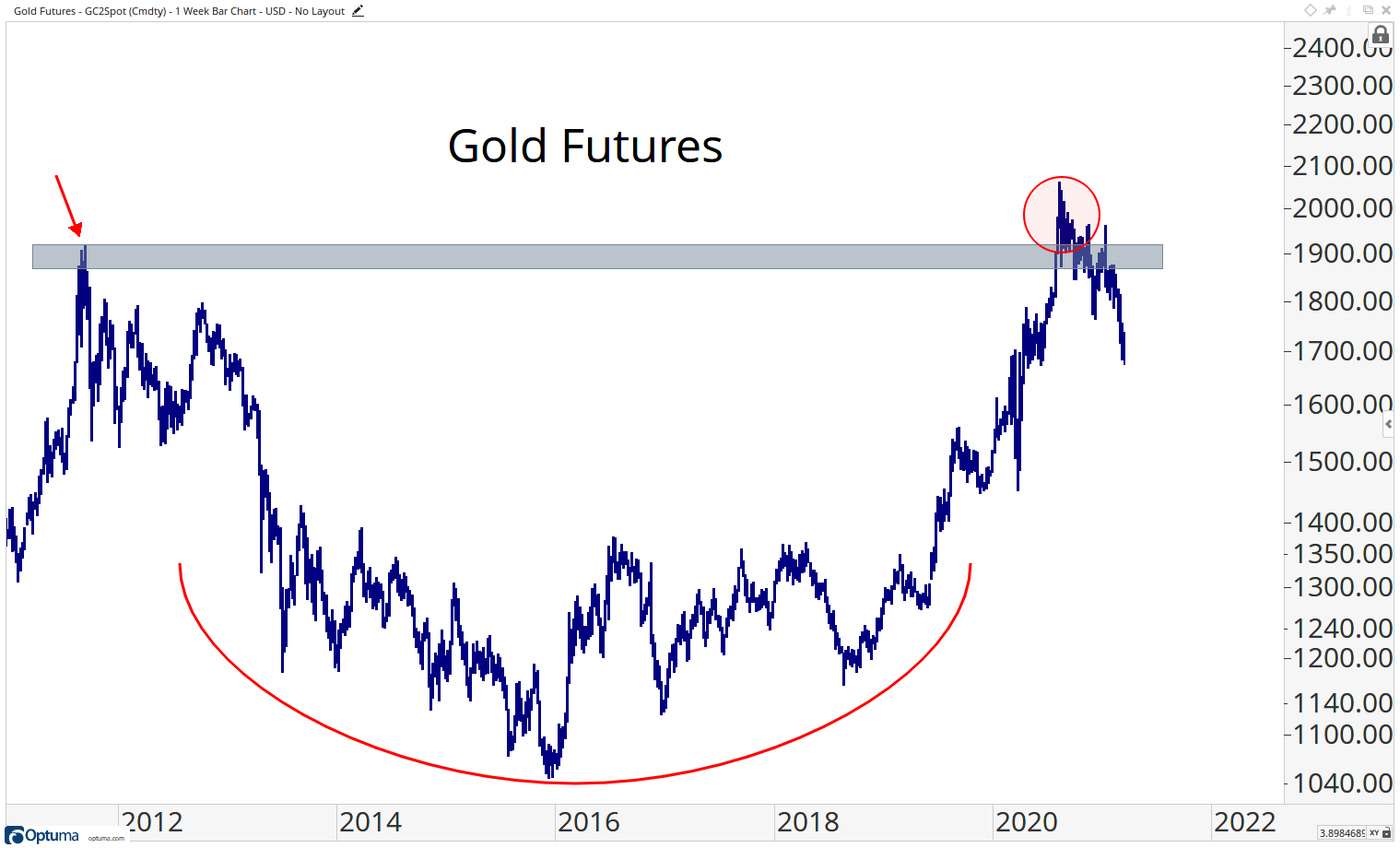 From failed moves come fast moves, is how I learned it.

Gold was exactly that for 8 months, until recently.

More on that in a second.

Before we get there, check this out: 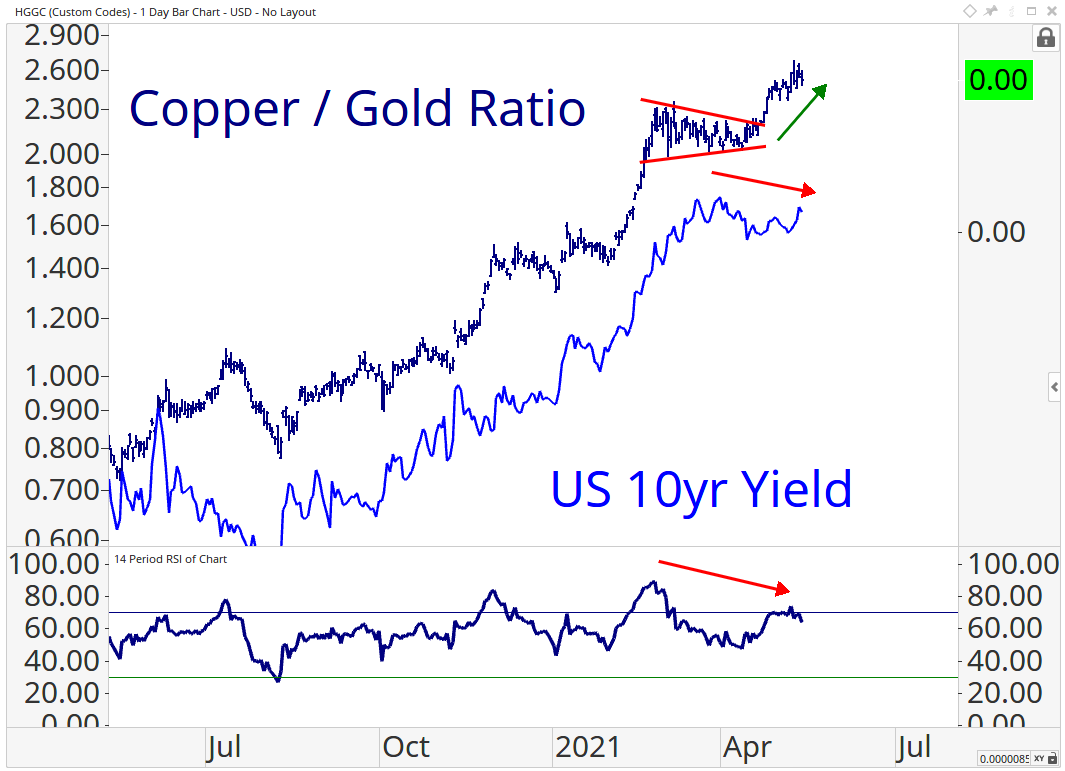 That Copper/Gold ratio resolved higher. BUT, the bond market says, “no way”. And that bearish momentum divergence in the ratio can’t be ignored either.

Meanwhile, have you noticed how everyone is now on the Inflation train?

Is that something you want to buy into? Or feed the ducks?

This was on our Analyst Willie’s doorstep this week: 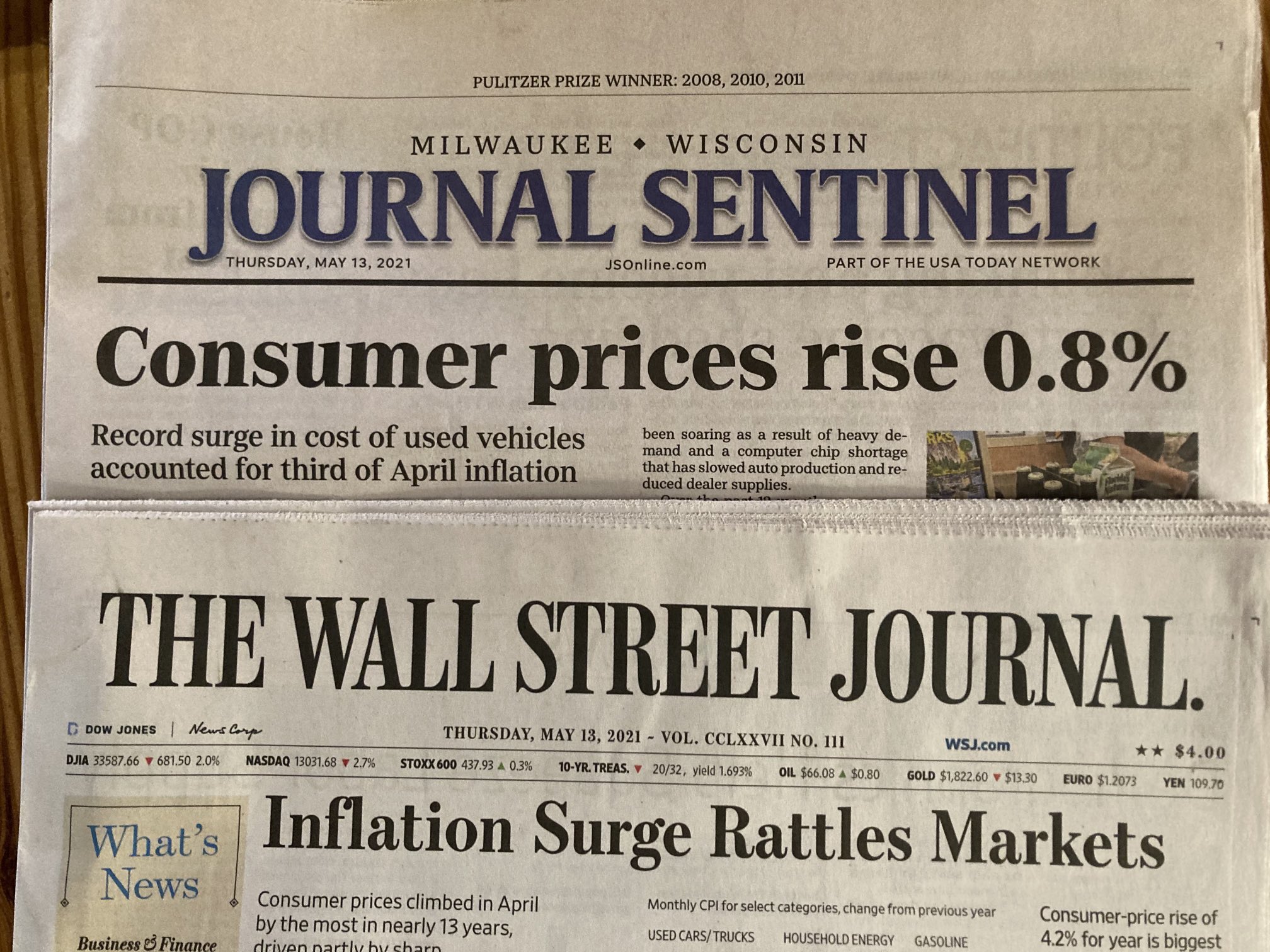 Yes I know, Willie still gets the paper. I know. But we’ll save the ball busting for another blog post. For now, just focus on the Milwaukee Journal Sentinel reporting on Inflation.

And then I wake up this morning to this beast right here. 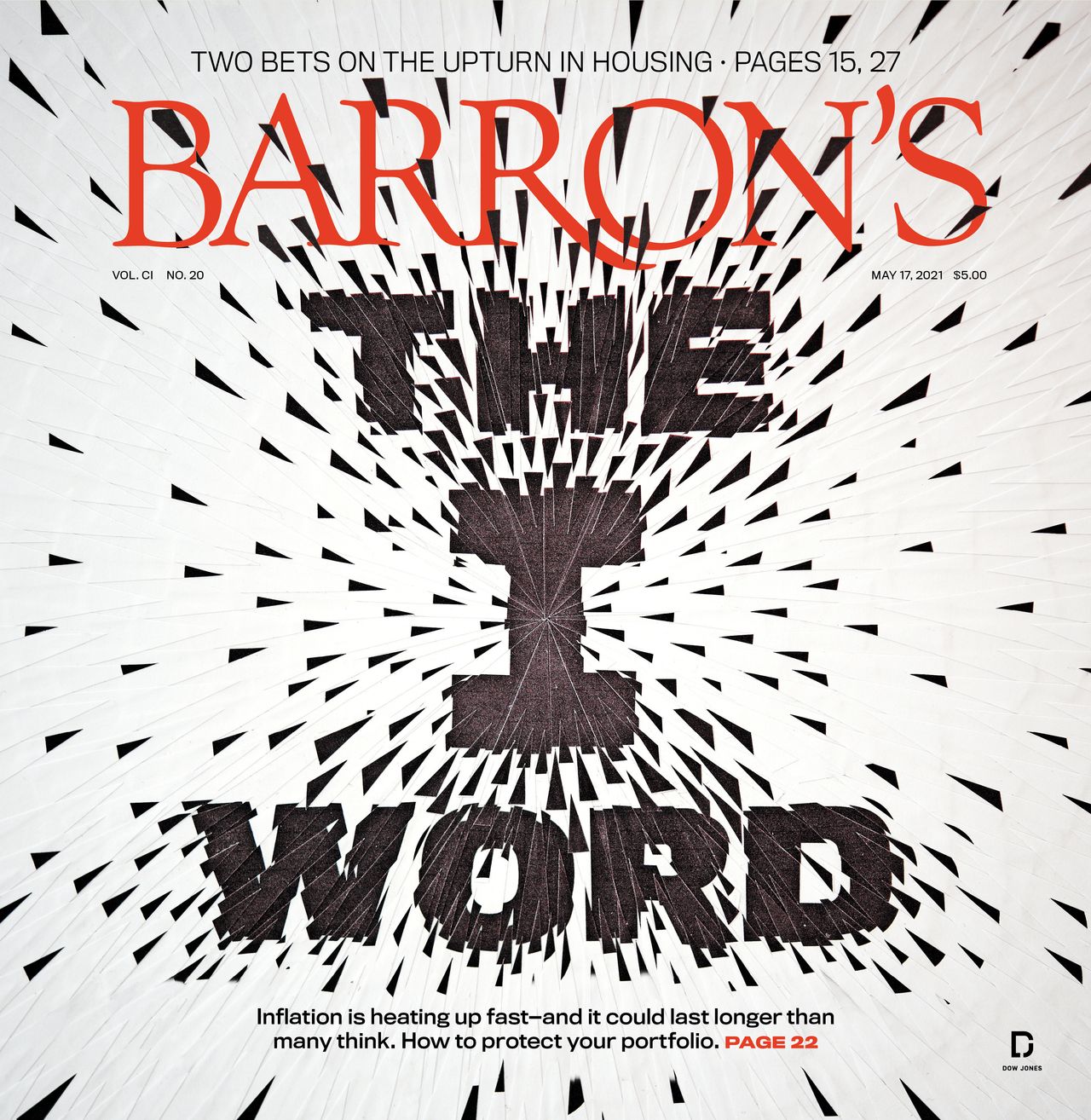 You think word’s gotten out?

Maybe we consider taking the other side. And NOT because of these magazines and newspapers, but because of all that other stuff I mentioned before that. This sentiment just confirms what prices are already telling us: The rubber band is stretched.

Wouldn’t this be perfect time for this chart to turn around? 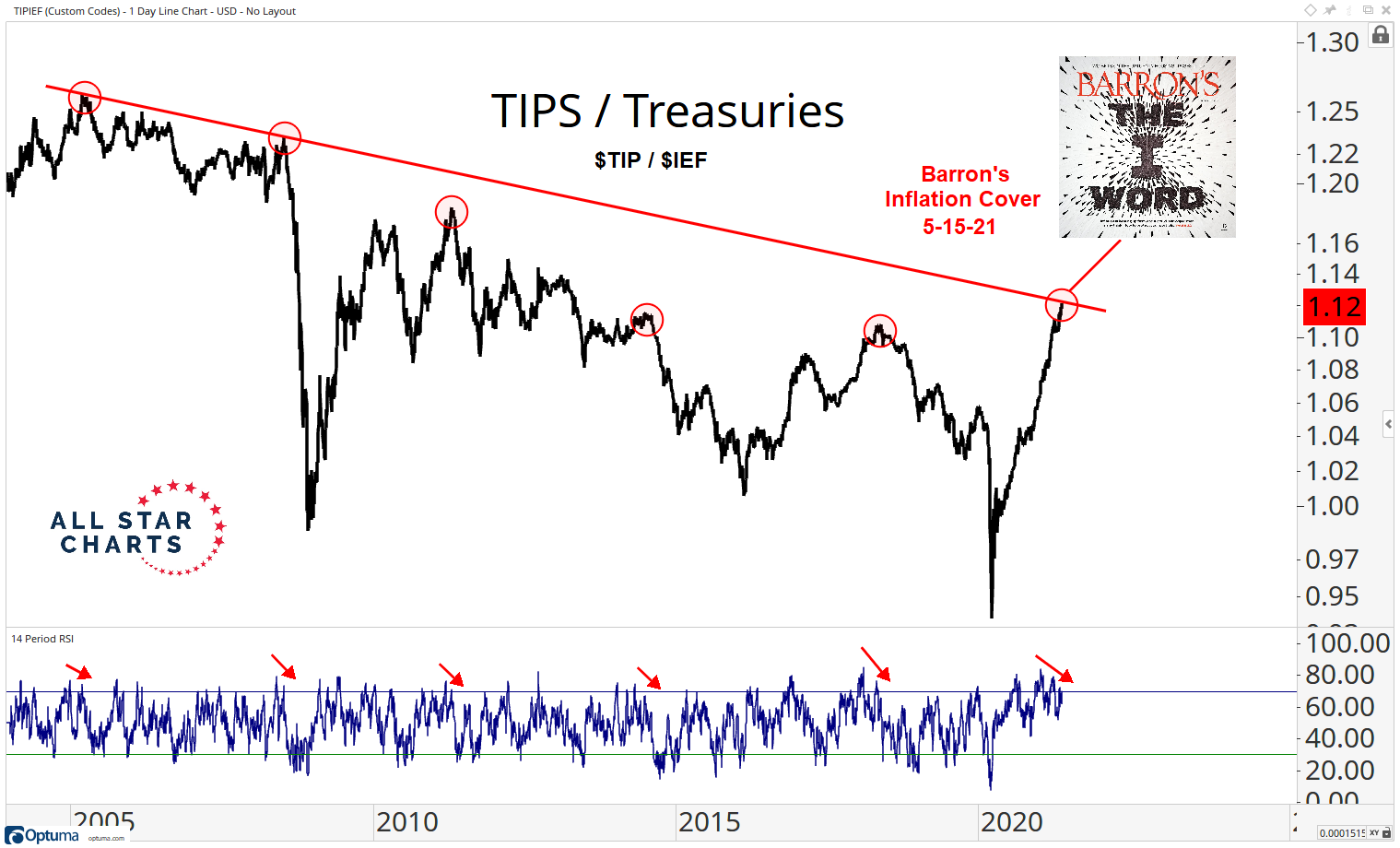 This chart above represents Inflation Protected Treasury Securities vs traditional Treasuries. It’s how the bond market feels about inflation.

And speaking of too perfect, wouldn’t this be a good time for the CRB Commodities Index to take a break? 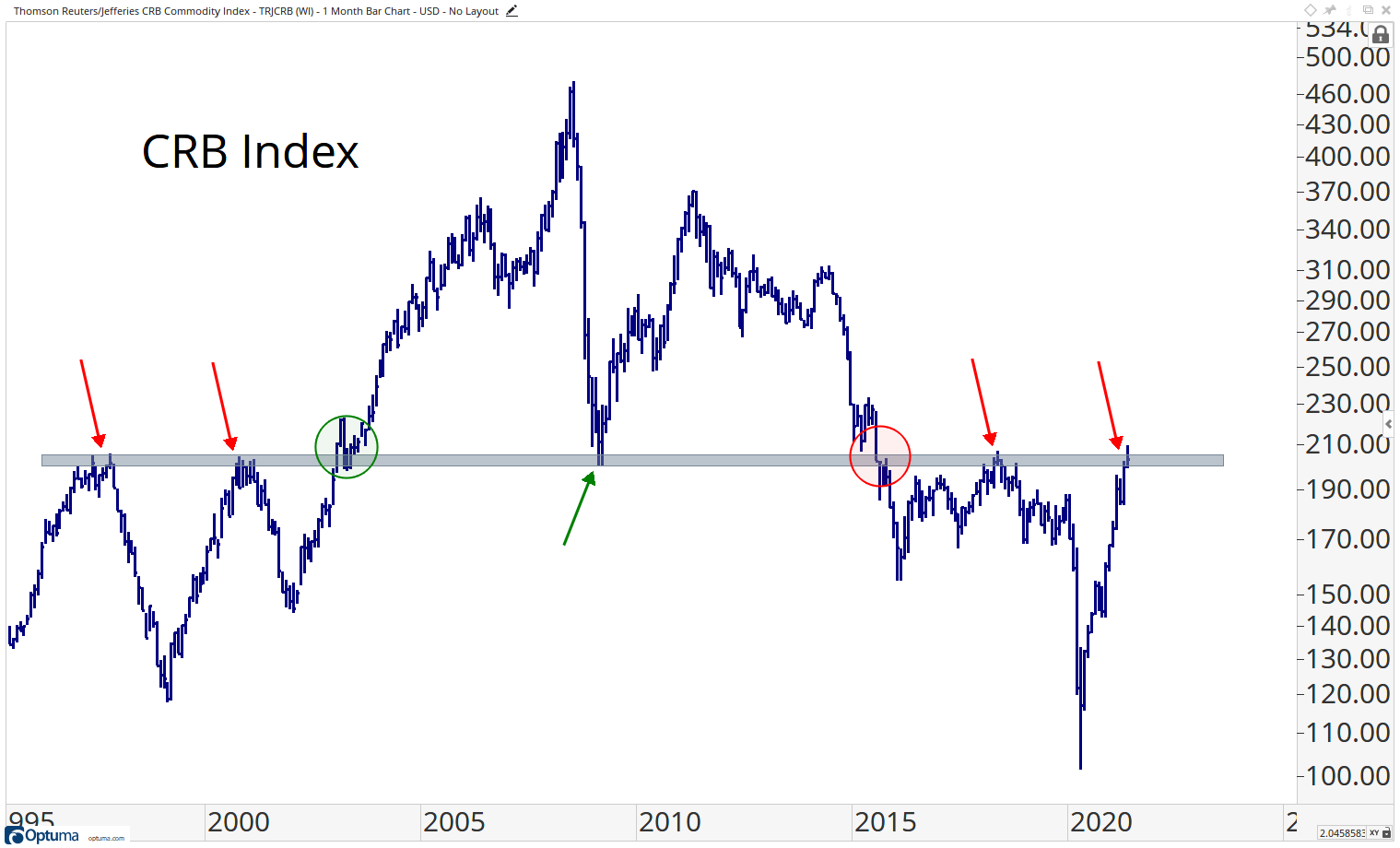 While we’ve been in the camp that this ultimately breaks out, I’m open to the possibility of this taking a lot longer that we think. Crude is still below 66. How long will it take? 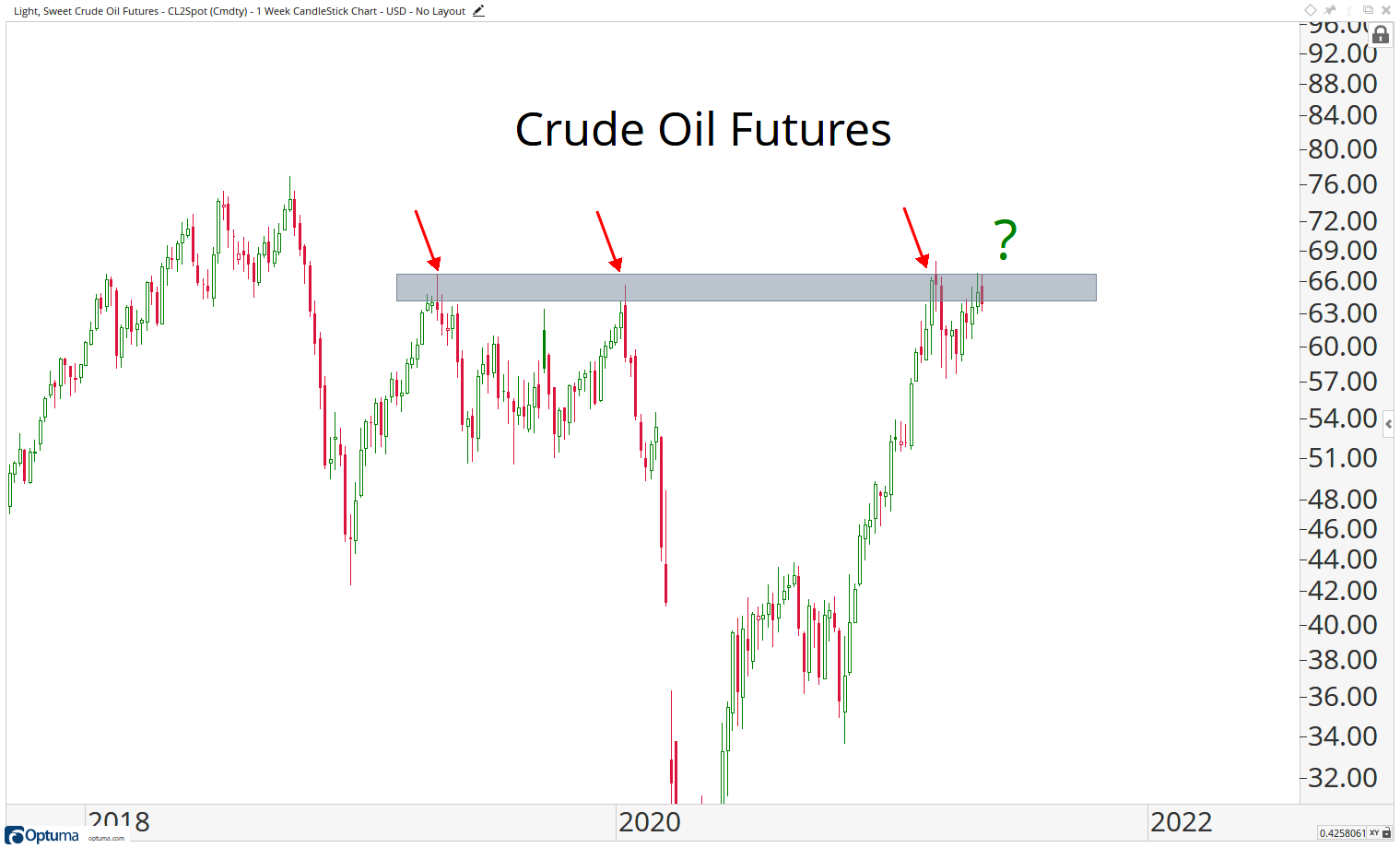 I think longer than most think, or are prepared to wait.

You can see the impact on Energy stocks still stuck below those 2016 lows: 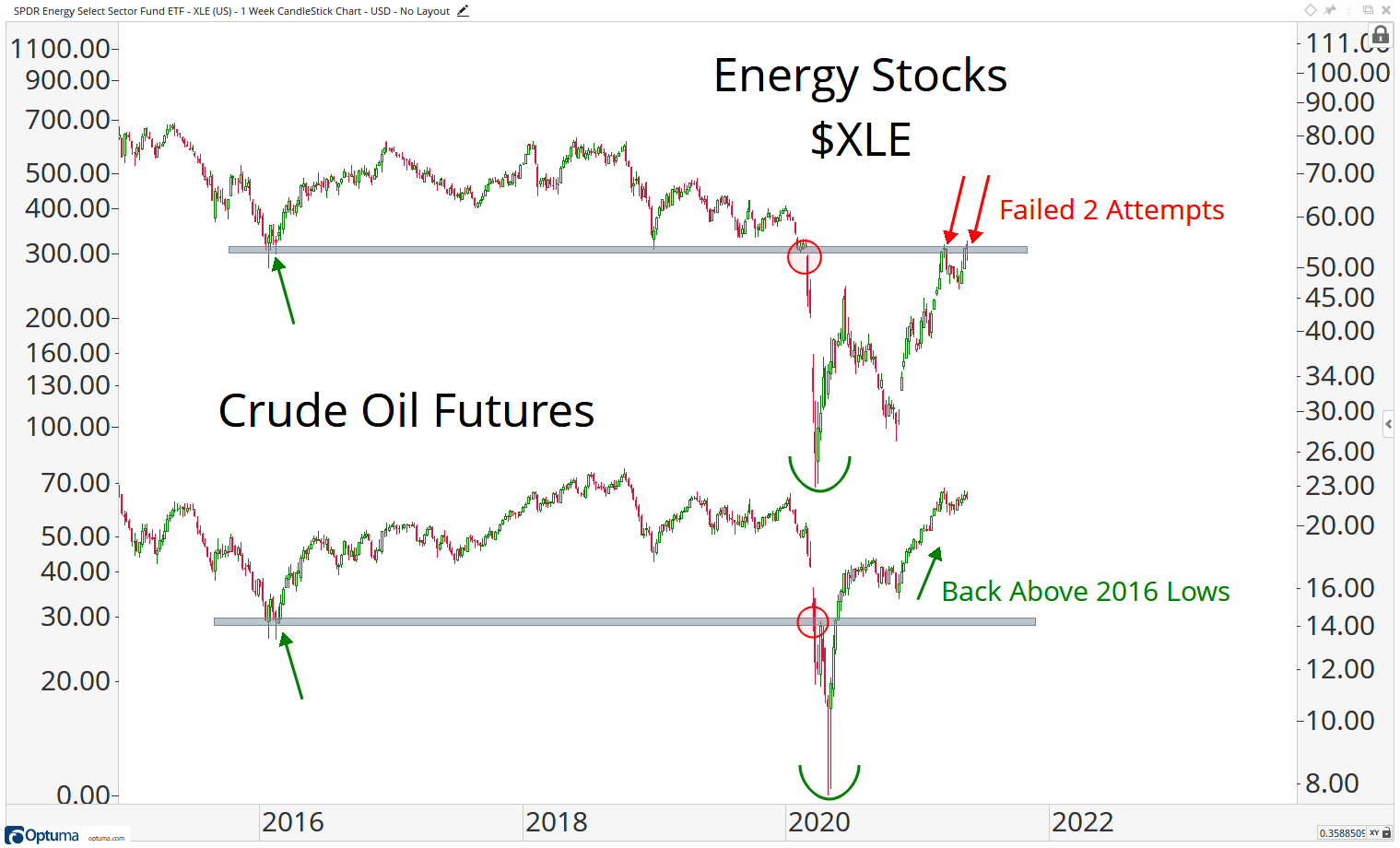 What’s wrong with letting some time pass by?

What’s wrong with holding heavier cash positions in the meantime?

What’s the problem in that?

Especially when you think about what prior Year 2’s look like: 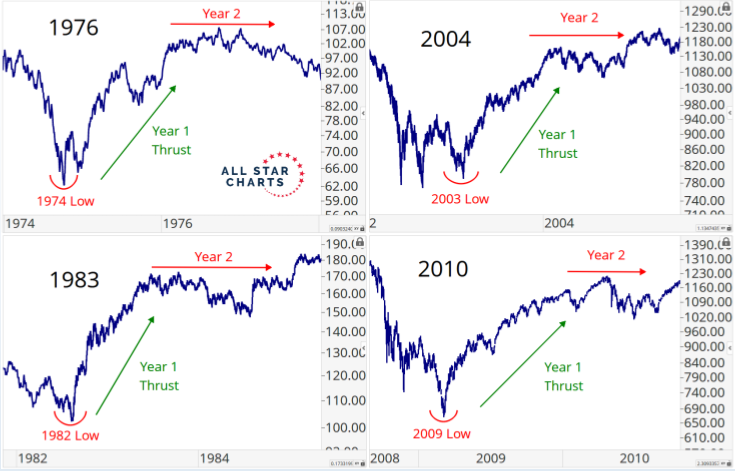 If you think the journalists are nailing it with their timing of public opinion, then the trade is long bonds right?

If “Inflation” is now consensus, then what does that mean? Higher commodities and rates right? That’s what they think?

Well what if they’re over their skis? 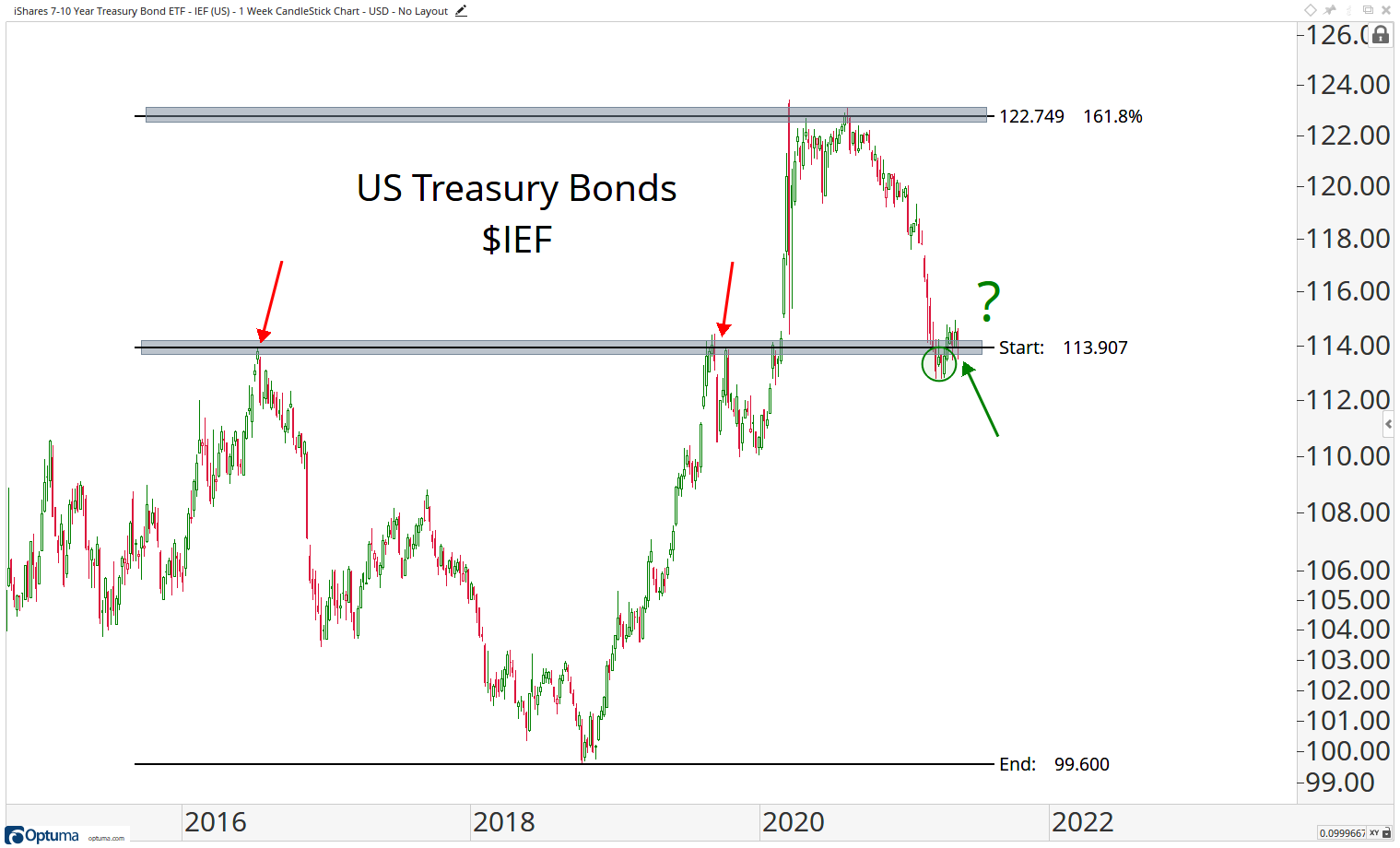 Look at Treasury Bonds digging in here near former resistance.

If $IEF is above 114, I still like Bonds from the long side.

Also defensive is the Gold trade. Look how pretty those bases are: 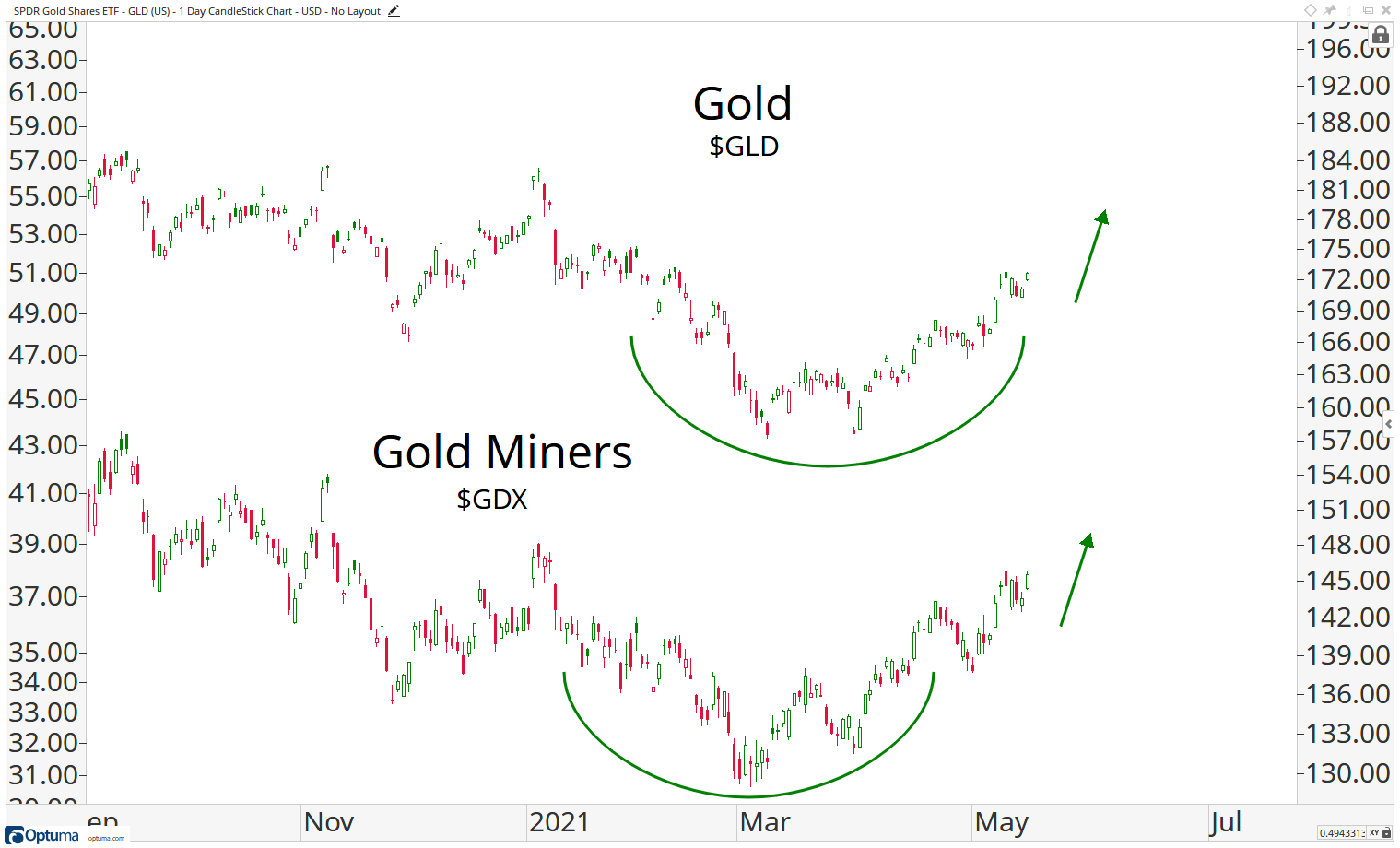 Here’s another look at Gold Futures. 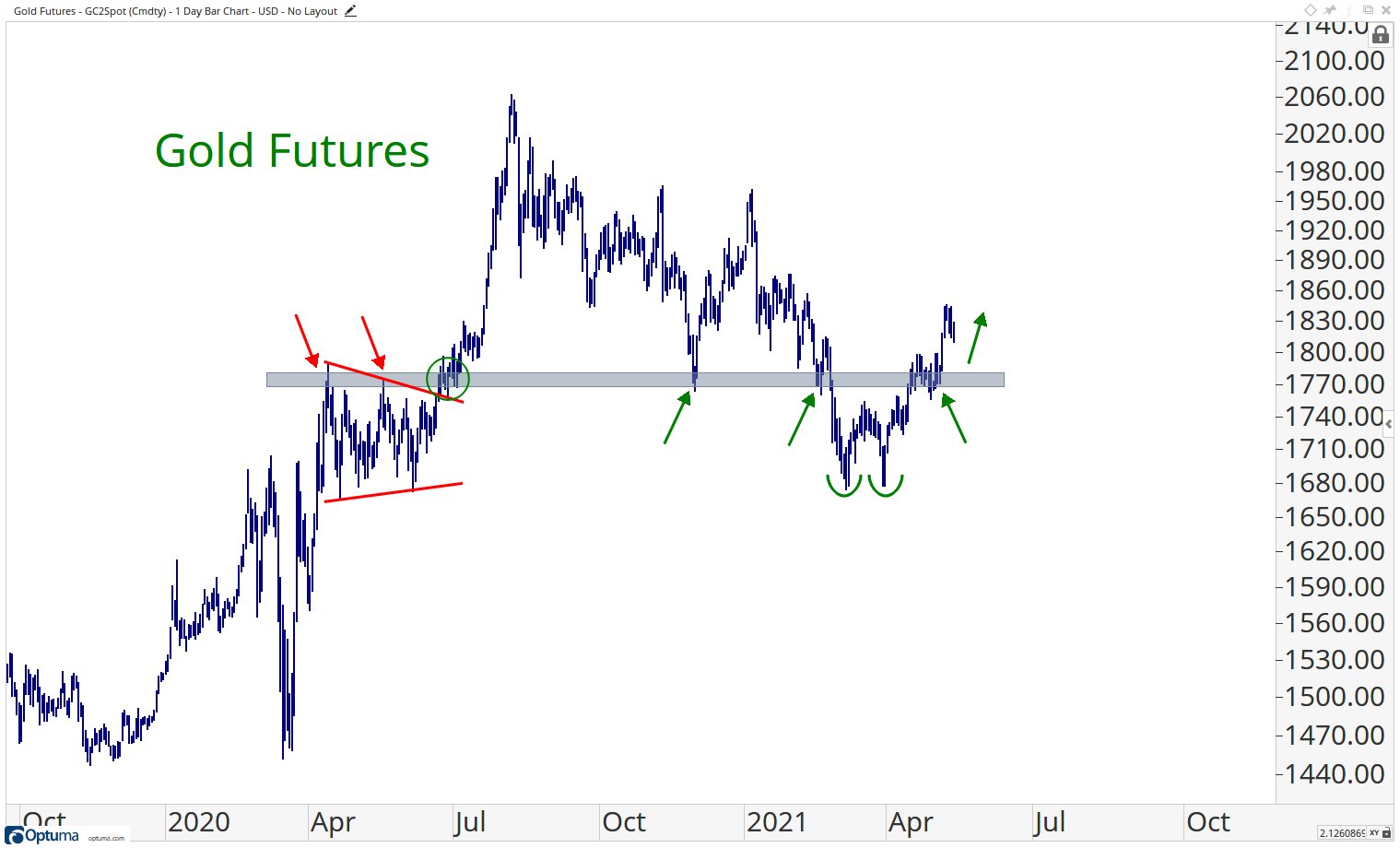 When you equal-weight the Precious Metals with a basket of Gold, Silver and Platinum, this is what you get. 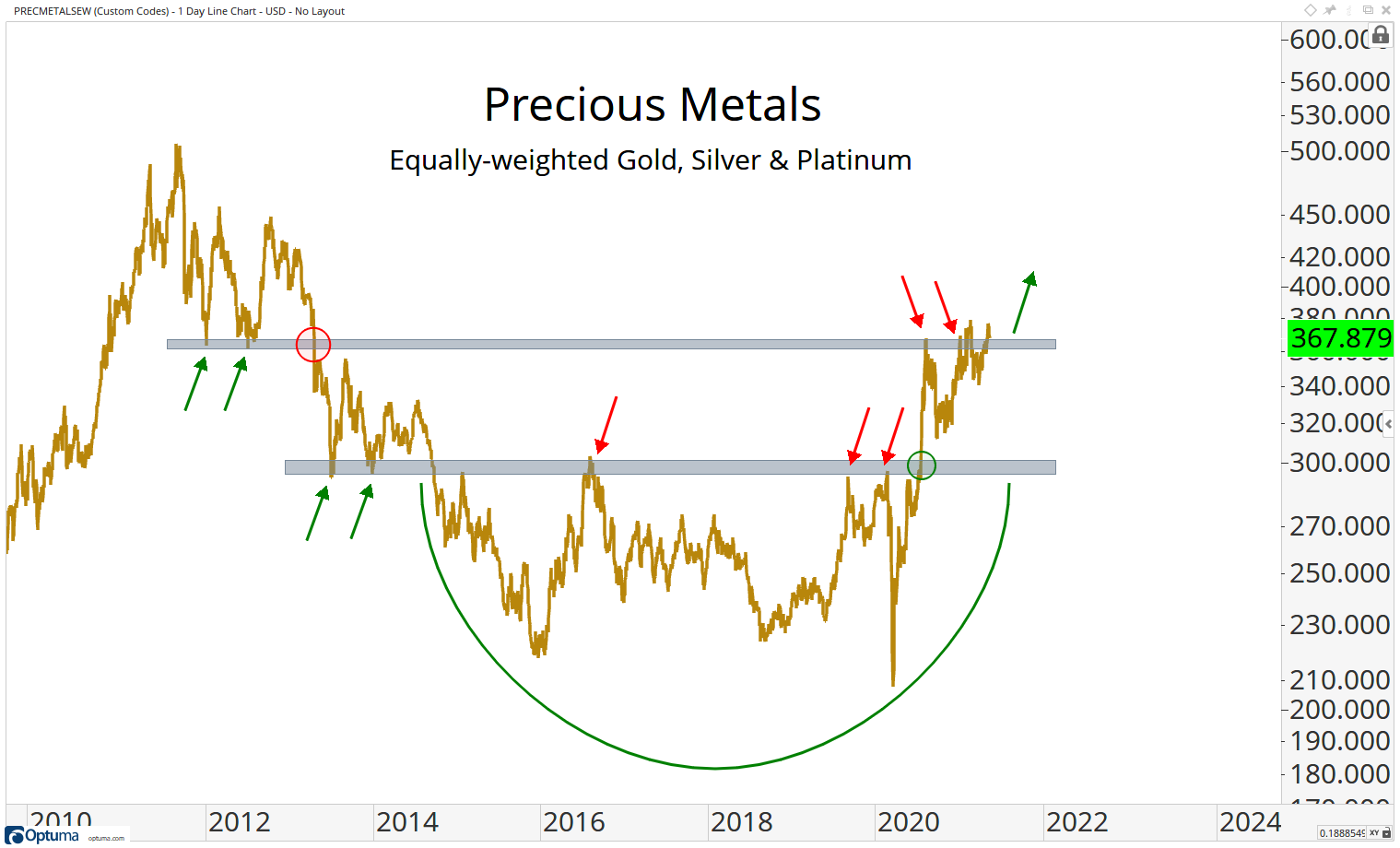 Look at Gold relative to the rest of Commodities.

And also look at Gold relative to the S&P500. 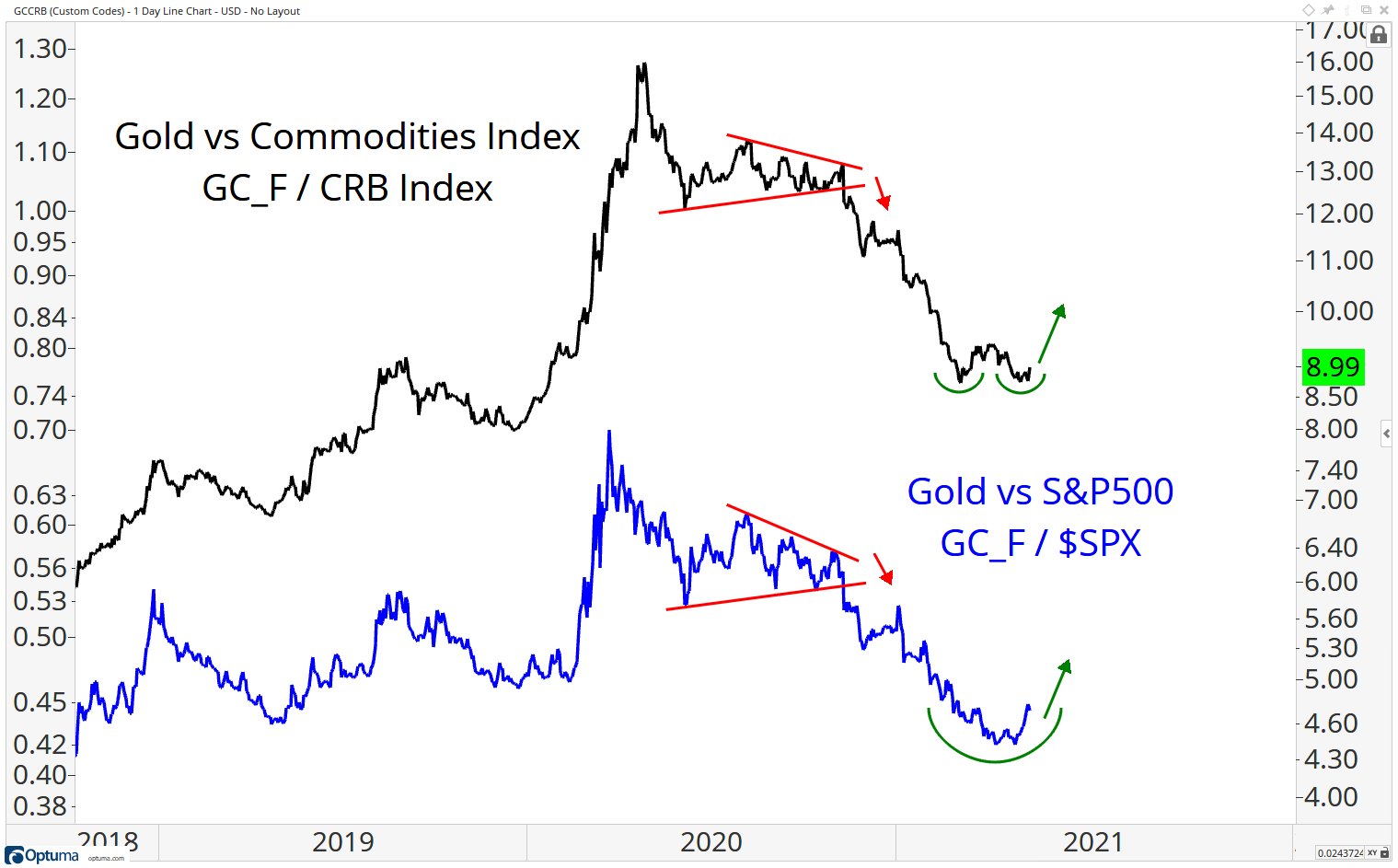 They look like a lot of other bottoms I’ve seen in my day.

Maybe they are, maybe they’re not.

But how about these guys. Remember when these lines used to go up? 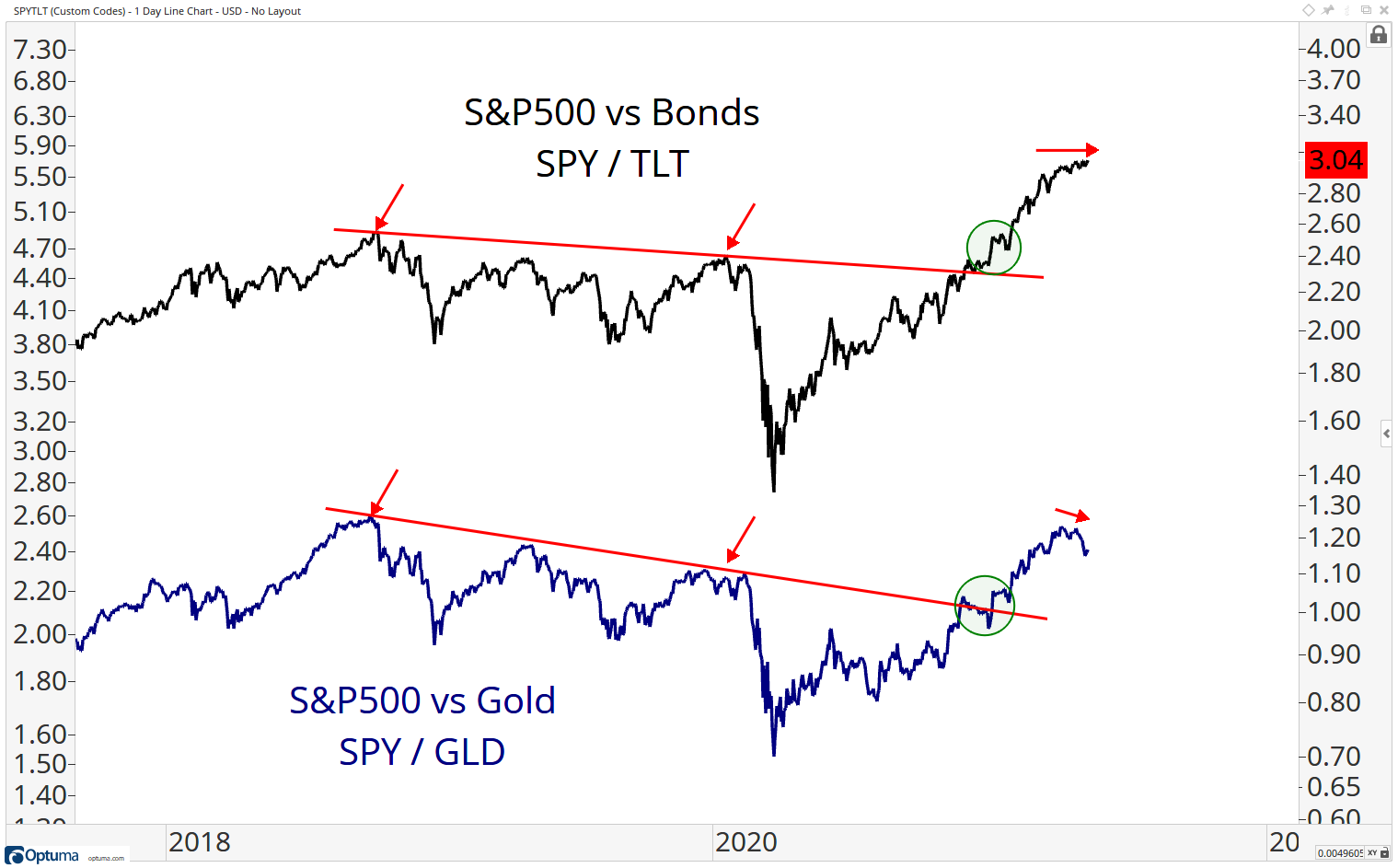 All of those former leaders can’t even keep up with Consumer Staples. 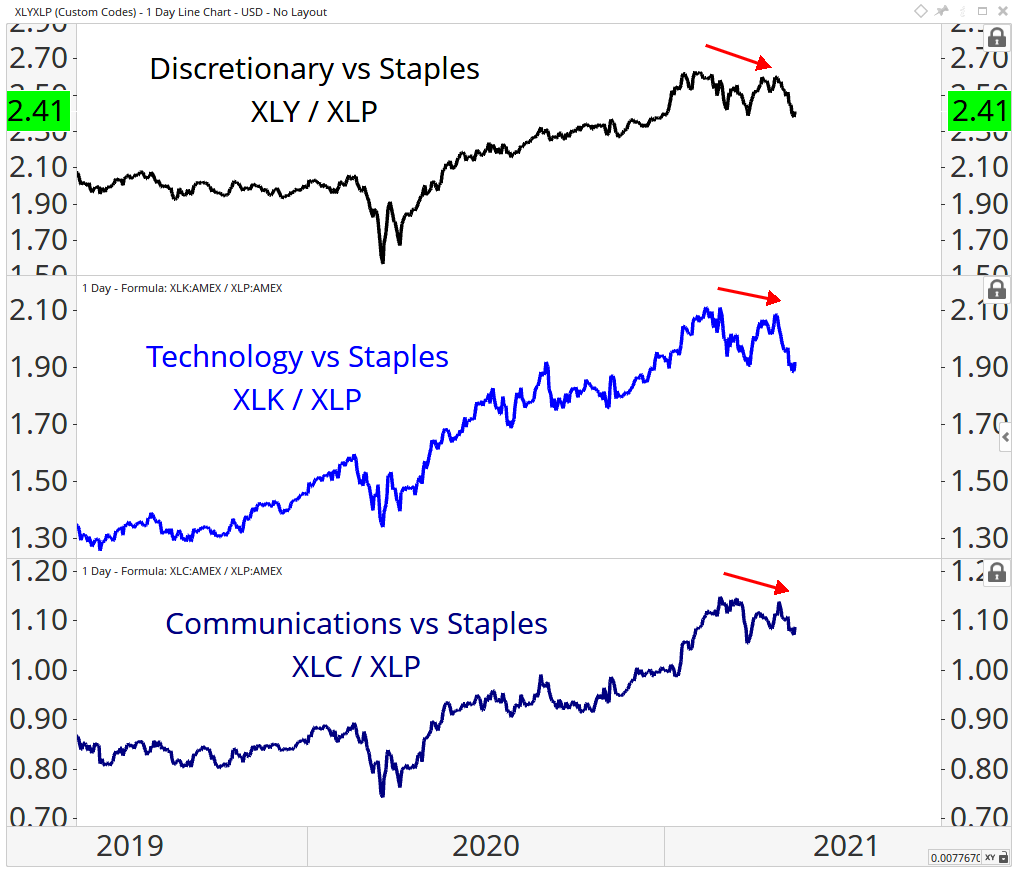 When “Continuation Patters” can’t resolve in the direction of the underlying trend, this is a problem. 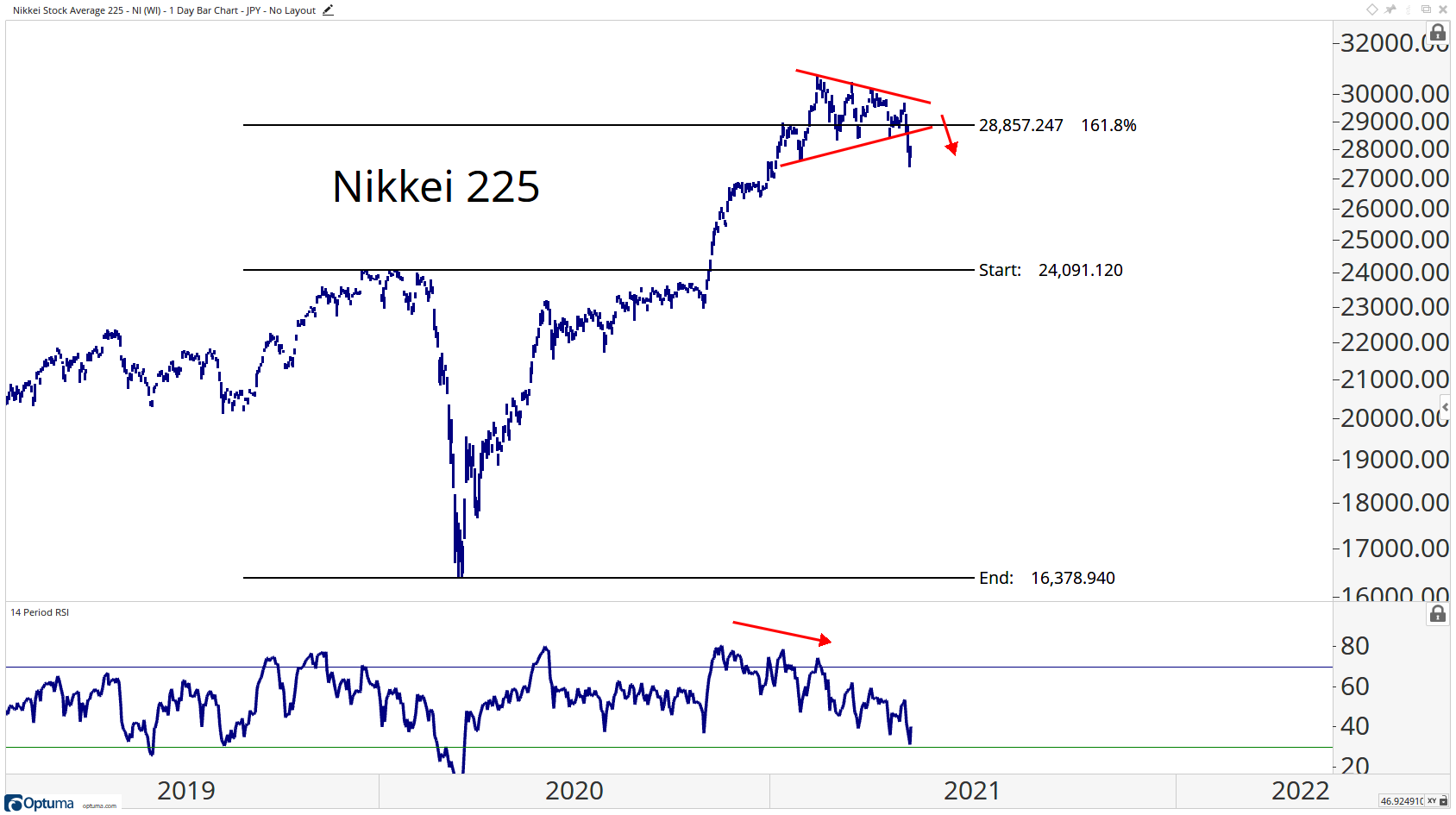 And Sweden, who was had been the leader out in Europe this whole time achieved its upside objective as well: 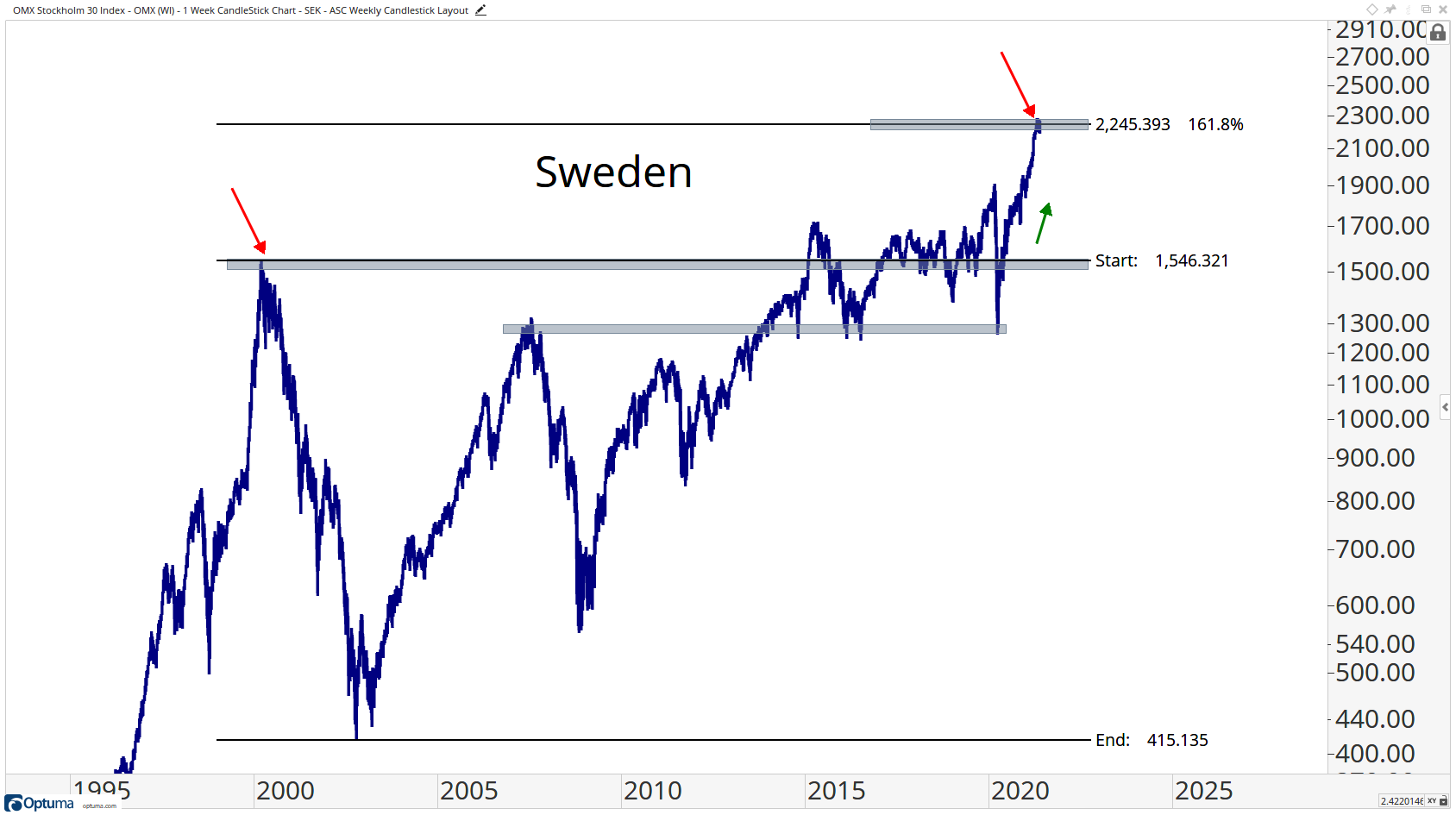 The US hit its upside objectives.

A lot of places around the world did too.

Aussie Dollar and US 10yr Yields aren’t confirming what we’re seeing in the S&P500.

And we’ve seen these divergences before.

They didn’t end well for people who chose to ignore it: 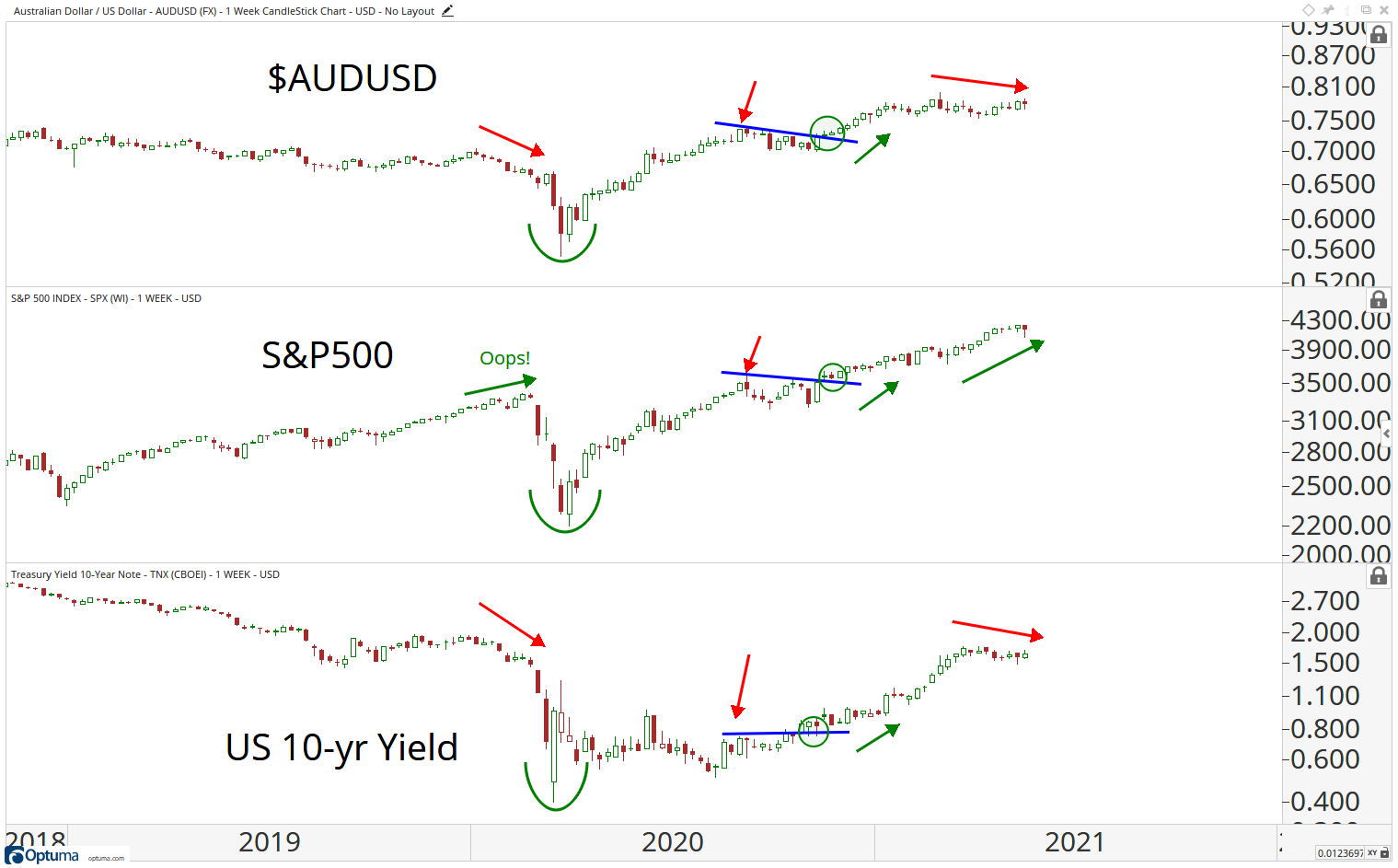 Look at the lower highs in Junk Bonds relative to Treasuries: 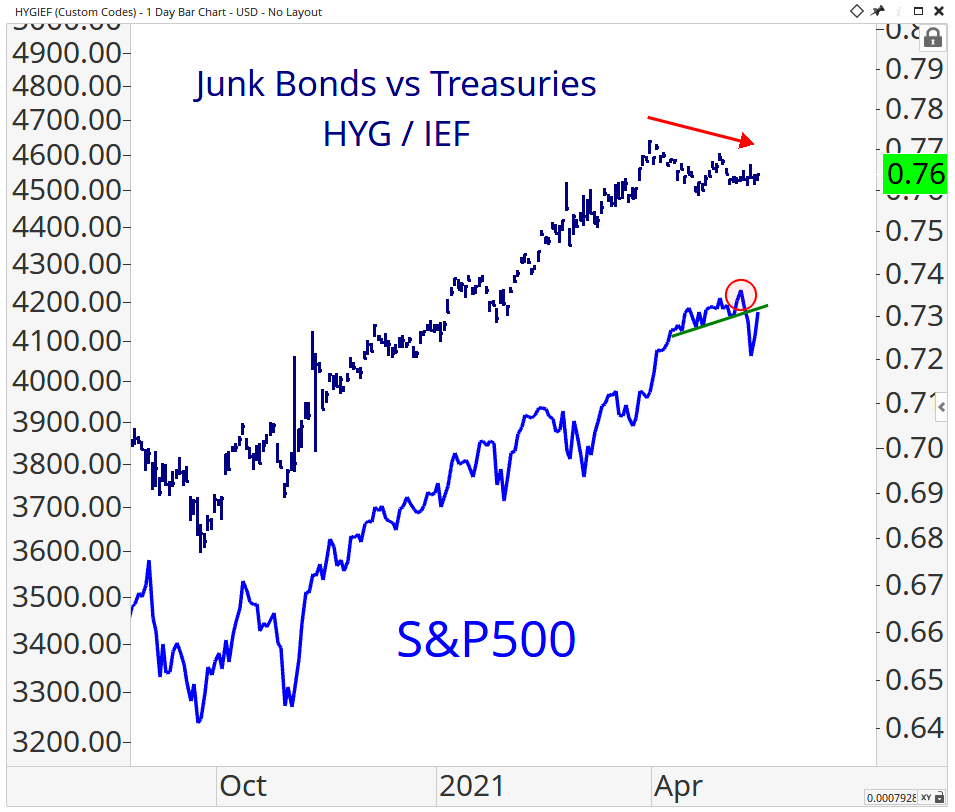 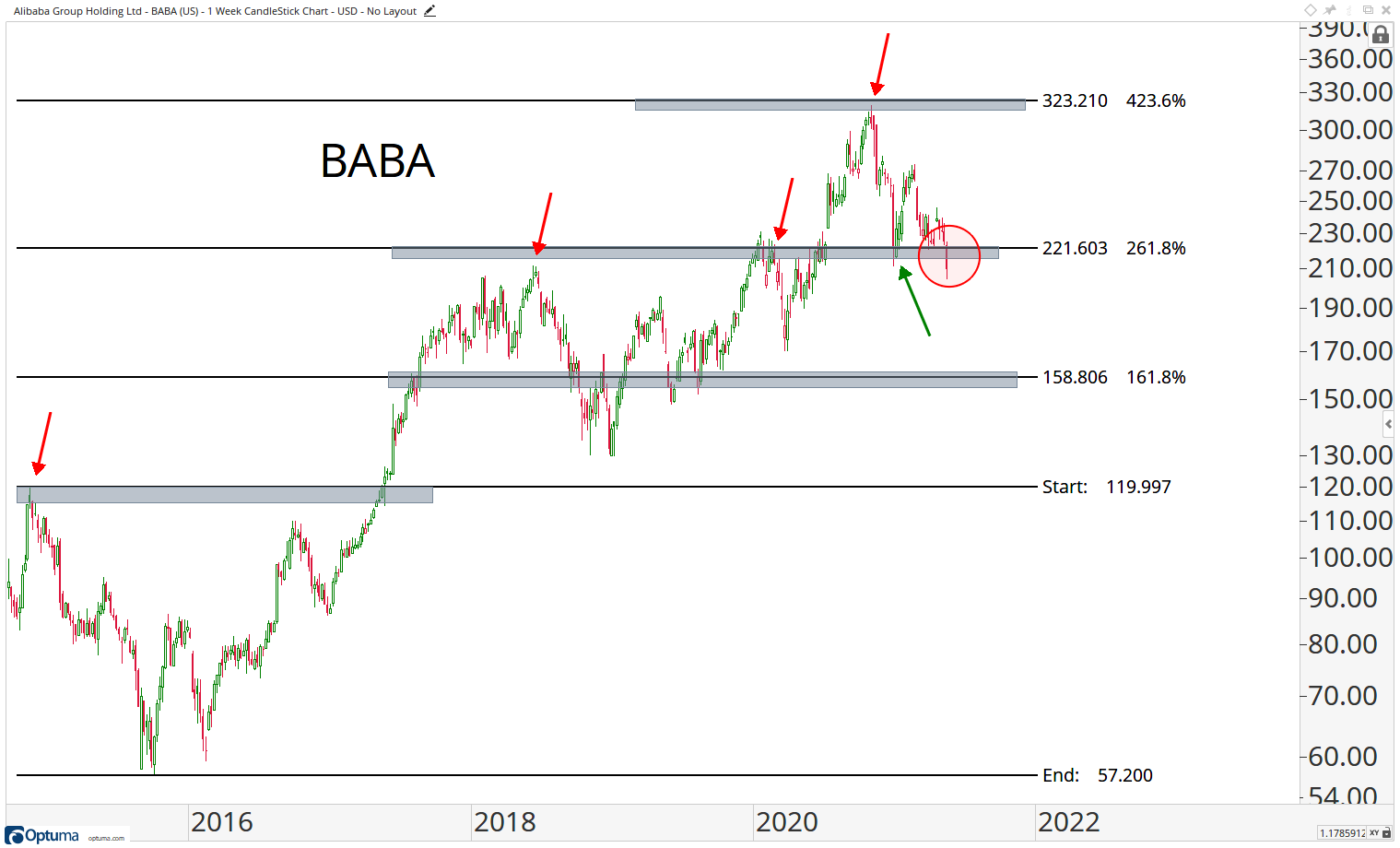 I still like the Nasdaq short from a couple of weeks ago.

And I usually prefer to get short exposure through trades around index ETFs or by going long other assets like Treasury Bonds.

It’s funny, as bearish as I was of Stocks in late January 2020 before the crash, my preferred vehicle was going long Treasury Bonds.

Sometimes they’re cleaner. I think this time is no different.

I like the Nasdaq short and the Treasuries Long.

One more chart that I think is interesting is the Bitcoin / Gold ratio hitting it’s upside objective and reversing hard.

How many people are telling you to sell Bitcoin to buy Gold? 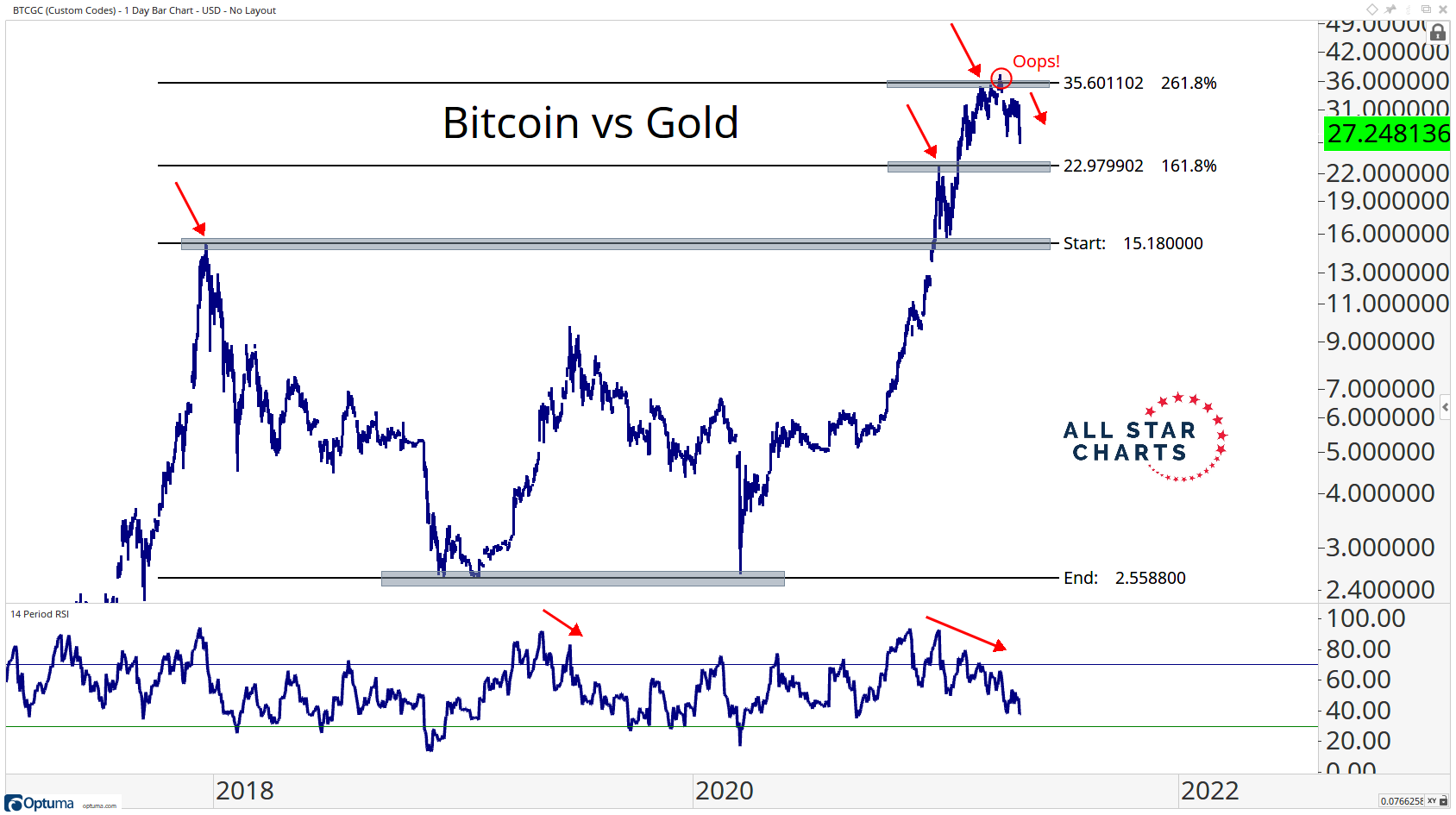 If we’re below 36:1 in the ratio between Bitcoin and Gold, then we prefer Gold.

What’s wrong with some alternatives and defensive positions?

A few shorts? Why not?

It’s Year 2 of the cycle. What else do you expect?

In fact, anything else would actually be abnormal, and against any historical standards.

And be thankful for what you have.