The messy market for stocks continues. Sure, a few stock indexes in the United States have made new highs, but how many stocks in those indexes are doing that?

Not as many, that’s for sure, especially in small-caps and the Nasdaq, where we’re only seeing a fraction of stocks still making new highs.

This environment continues to remind me of a lot of the “Year 2” of market cycles that we’ve seen before. Take the initial thrust off the 2009 lows for example. Notice the sideways chop in Year 2 of that cycle:

Take it back to when I was born in 1982, when the new Bull Market was also born. Coincidence? Some think so, but we know the truth 😉

Anyway, look at what happened after that initial thrust…..

Want me to keep going?

How about 1976 after the historic thrust throughout ’75: 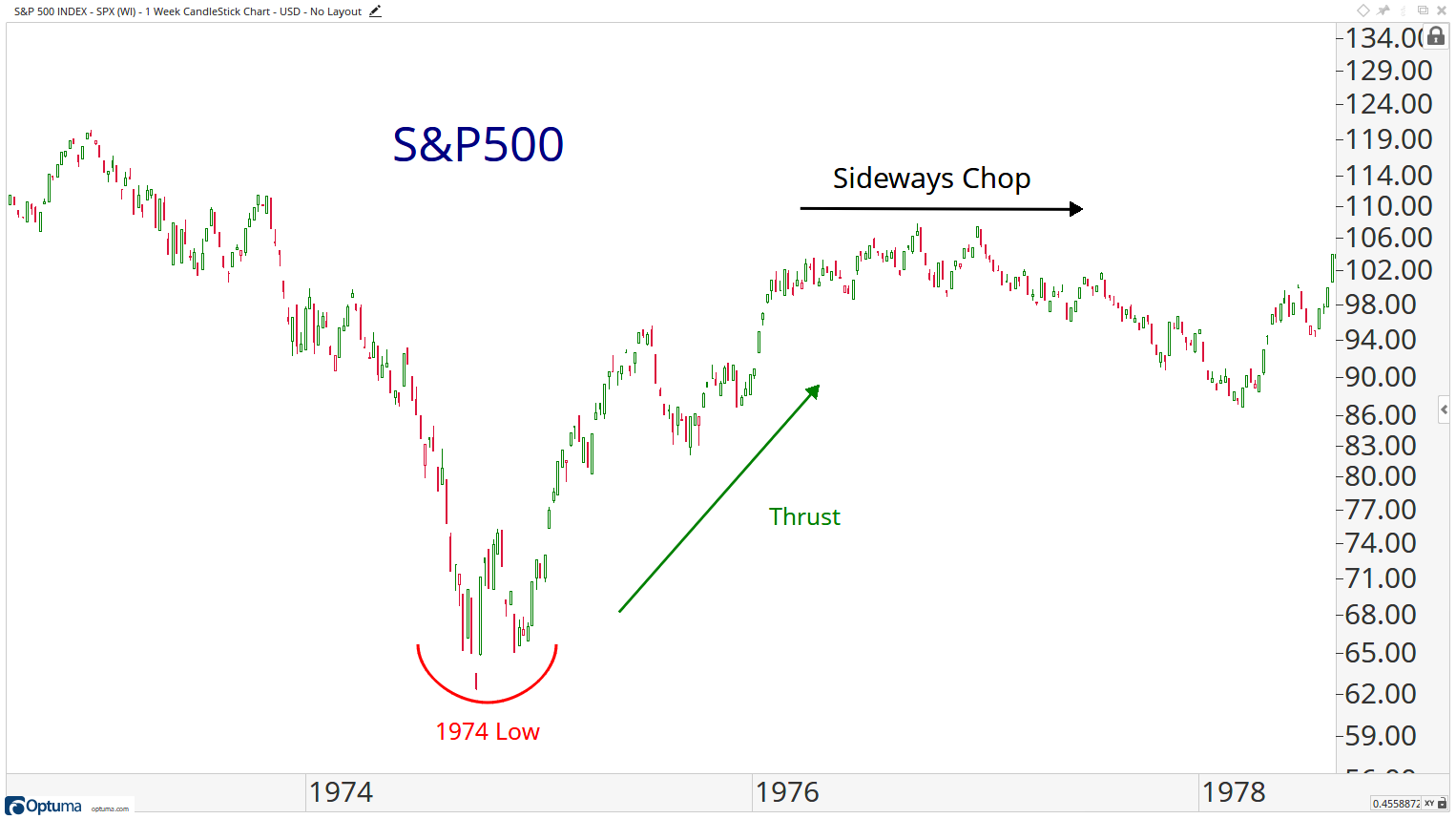 We’ve seen it many times before.

Are you going to argue that the past year wasn’t a classic year 1 of a bull cycle? Are you telling me it doesn’t remind you of 2009? or some of these others?

To me, it’s right in front it us, right in plain sight.

And the market has been acting accordingly hasn’t it?

So it’s not about what JC thinks. It’s the market giving these signals, just like it did on all those other years.