Some of us are old enough to remember a time when Value stocks were the place to be. The kids these days look at me like I’m nuts when I talk to them about banks and energy stocks!

There’s a whole world of companies that used to do great. In fact, early in my career these were the names to be in: BTU, WLT, LEH, MER, BSC….. Good times!

Tech and all that other stuff came much later and has been the big driver in the U.S. over the past decade. But the rest of the world has suffered, without that exposure to Tech and Growth, and instead loaded with banks and natural resources, the worse places on earth for some time now.

Fast forward to today and we continue to get more and more evidence suggesting that it’s changing.

It’s no longer US over International and EM. It’s been EM and International over US. It used to be Growth over value for so long.

That’s just no longer the case:

You may not agree with it.

You may believe that it’s only temporary.

I’m here to tell you that I don’t believe it is. I think it’s most likely here to stay for a while.

So get comfortable, because I believe this could just be getting started.

For me the level is 1.70 on the ratio between the Russell Growth Index Fund and the Russell Value Index Fund. If we’re below 1.70, then there is no argument to make that owning growth is a better idea than owning value stocks.

If you want to get fancy about it, add the US 10-year yield into that same conversation. Remember how many times I said 1.4% on US 10s? Like a zillion times. Why? Because those were the former lows. That was just the logical next level: 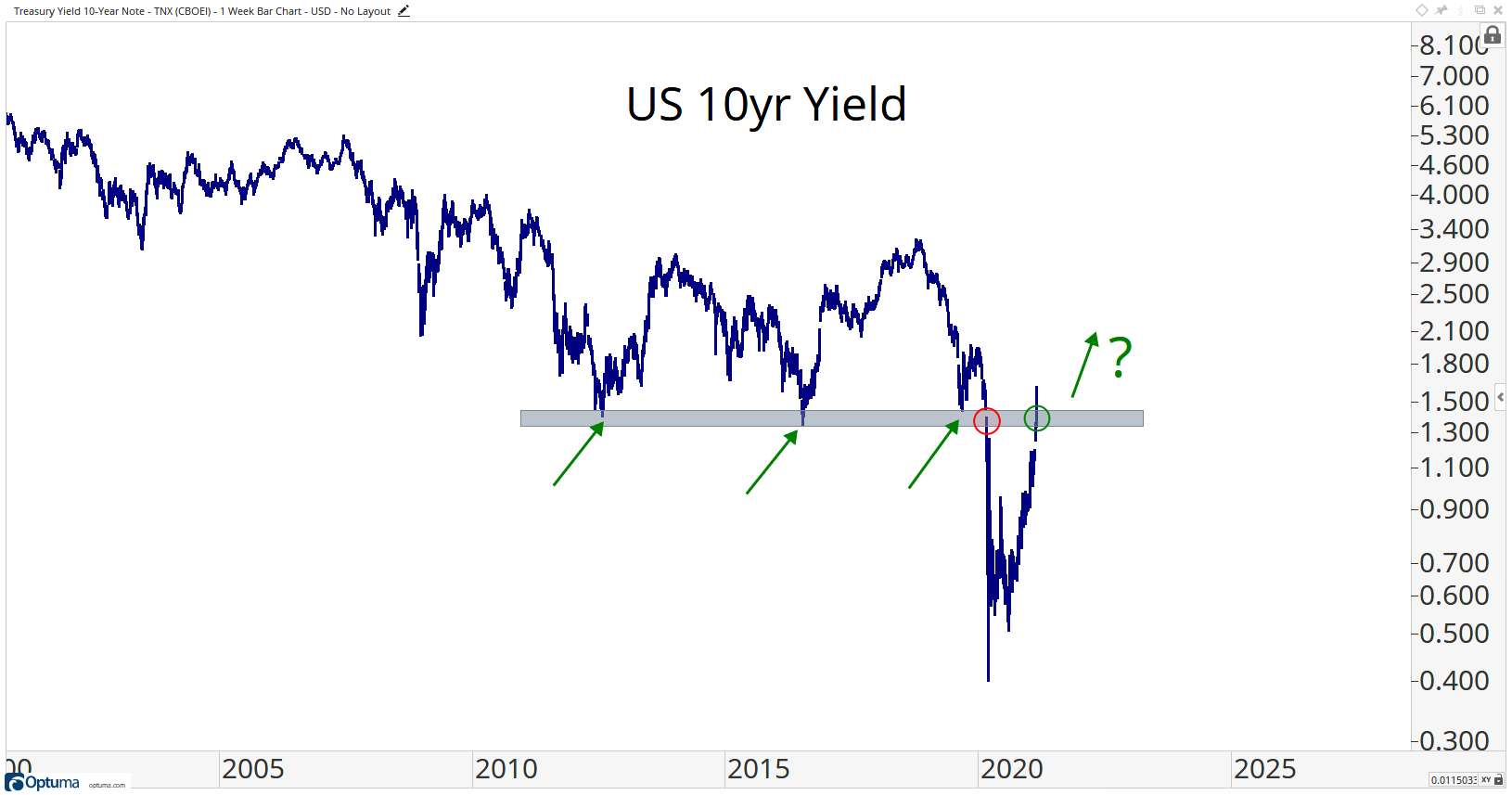 But the market doesn’t like logical. The market, so I’ve learned, doesn’t give a damn what JC thinks. So here we are now above 1.51%.

Now, to be clear, in a previous world, the US 10-yr was in a downtrend and vulnerable to completely collapse.

It did collapse, and Growth was a huge beneficiary of that.

Go back to when rates were rising in the second half of 2012 and throughout 2013. Growth was a huge underperformer. Tech just couldn’t keep up.

You saw the same thing in 2004, 05 and 06 while Financials and Natural Resources were driving the market higher. Not Growth and Tech.

I think we’re now in that. The evidence has slowly been pointing to it, and you’ve seen us loading up on bank and energy stocks. So I guess it shouldn’t be all that surprising right? Yes it always is.

Welcome to the world of Value. It’s a great world.

If the ratio of Growth to Value shown above is below 1.70, this is the new world that investors need to embrace, whether they like it or not.

If you only invest in growth stocks, I think you’re going to have a really hard time moving forward.