As Notorious BIG would say… “and another one!”

We’ve been pointing out historic breadth readings since this summer. We’ve actually seen a handful of extreme readings that typically occur at major market lows and the early stages of new secular bull markets.

We’ve seen them across most major indexes as well, even Small and Mid-Caps.

Most of the extreme readings that occurred prior to yesterday happened back in June and showed up in the percentage of stocks overbought indicator.

Here are some examples from my recent Traders For A Cause presentation (data as of October 19th). 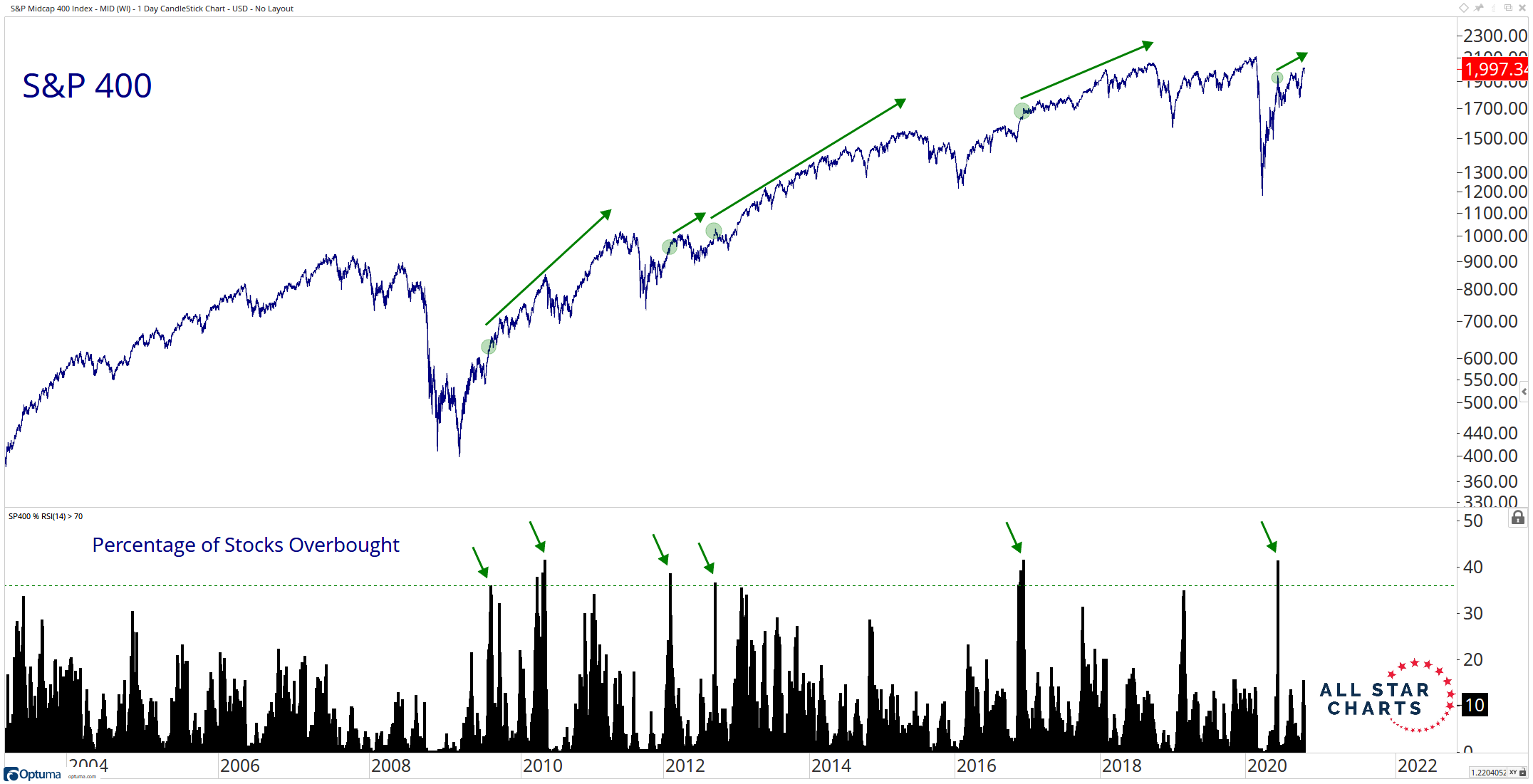 This is the Mid-Cap 400 which printed one of its highest readings since the early 2000s earlier this year.

And here is the Small-Cap 600 showing a similar extreme reading. 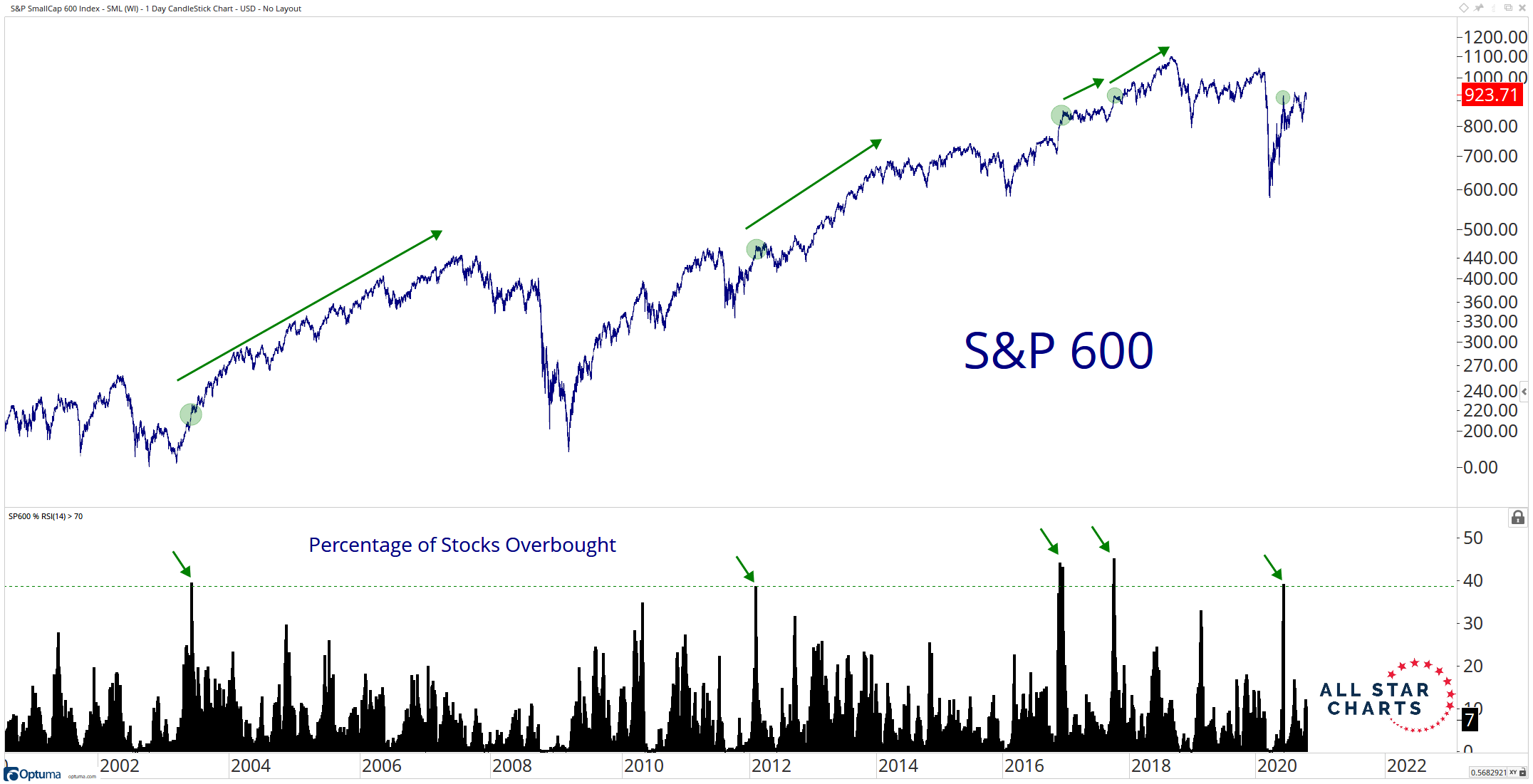 Notice how these readings tend to occur just after major market lows and have signaled great buying opportunities throughout history.

The reading in the S&P 500 was even more extreme than the SMIDs as it hit its highest level since 1991.

For more details on this, including the S&P 500 chart of the percentage of stocks overbought, I’d suggest checking out our post from this summer, “What Weak Breadth” as well as our “Happy Hour With Traders – Breadth Debate.”

Let’s fast forward to the present.

Similar to the percentage of stocks overbought back in June, this was the highest reading in over 30 years. That’s a long time.

The last two readings that even came close to what we saw yesterday occurred right after the Dot-Com Crash low and Financial Crisis low. Both were followed by secular bull markets. If you bought stocks after these readings you were rewarded.

Will we see something similar following yesterday’s extreme reading? Similar to the prior two, it happened not long after a bear market – the Covid-Crash from earlier this year.

Based on the weight of the evidence and continued frequency of these record breadth readings, we’re definitely leaning towards this being the beginning of a new bull market.

We’ll have to wait and see, but for now, we think things are looking pretty good.

Do you think we have this right? Do these historic readings make you want to buy or sell stocks?