You guys have to see this. I mentioned it briefly in my yahoo segment with Matt Nesto the other day, but I think this is something serious.

Take a look at this chart. It’s a weekly closing line chart of the $XLI, but specifically the last 6 years. Notice the downtrend since the 2007 peak being touched on 4 separate occasions. Then bring in the uptrend from the 2009 lows up to today’s levels. There is a move coming, and it’s not going to be a boring one. (click chart to embiggen) 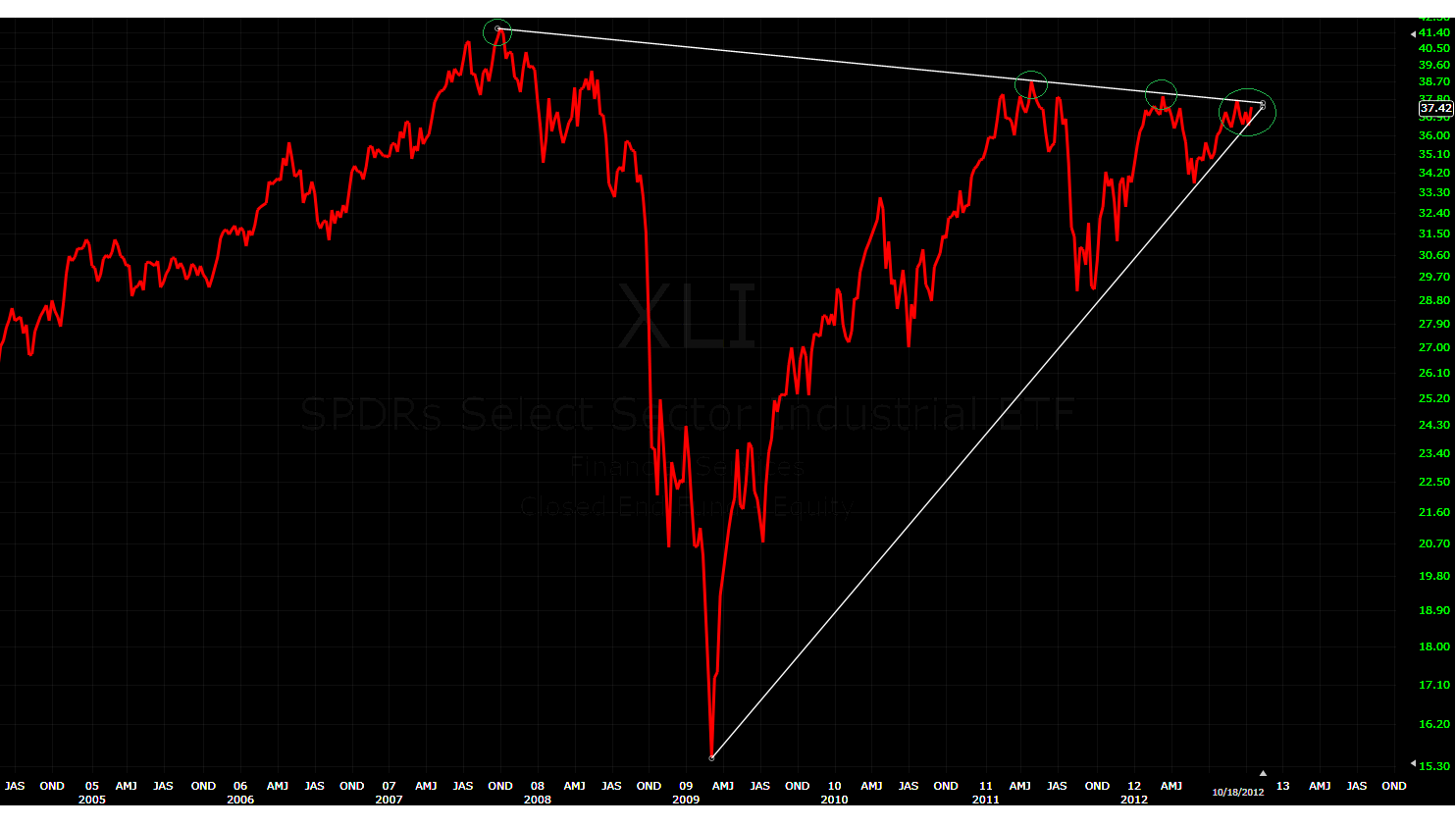 Those 2011 were a fairly precise 38.2% Fibonacci Retracement off the 2009 rip-your-face-off rally. That’s standard stuff. But more importantly, it’s decision time for the Industrial space. We’ve reached the apex and we’re expecting a big move. Which direction is still to be seen. But we have to give the benefit of the doubt to the bulls here. Four touches of the trendline tells me the fifth should be the one. To be on the safe side, we want to see weekly closes above 38, and if you want to be on the ultra-safe side 39.

But this is set up for a potentially monster move. No one likes the Industrials. No one’s even talking about them. And for good reason, they’ve been one of the worst performing sectors within an otherwise great year for US Stocks. But look out. If these guys get going, get out of the way!