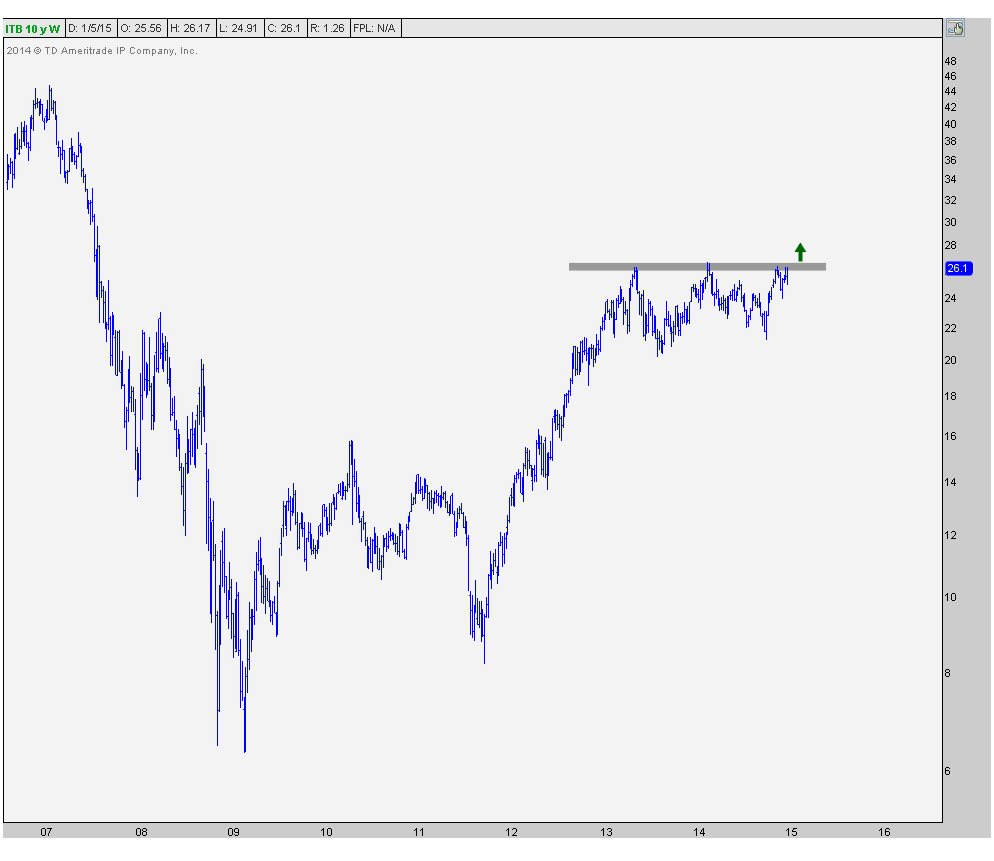 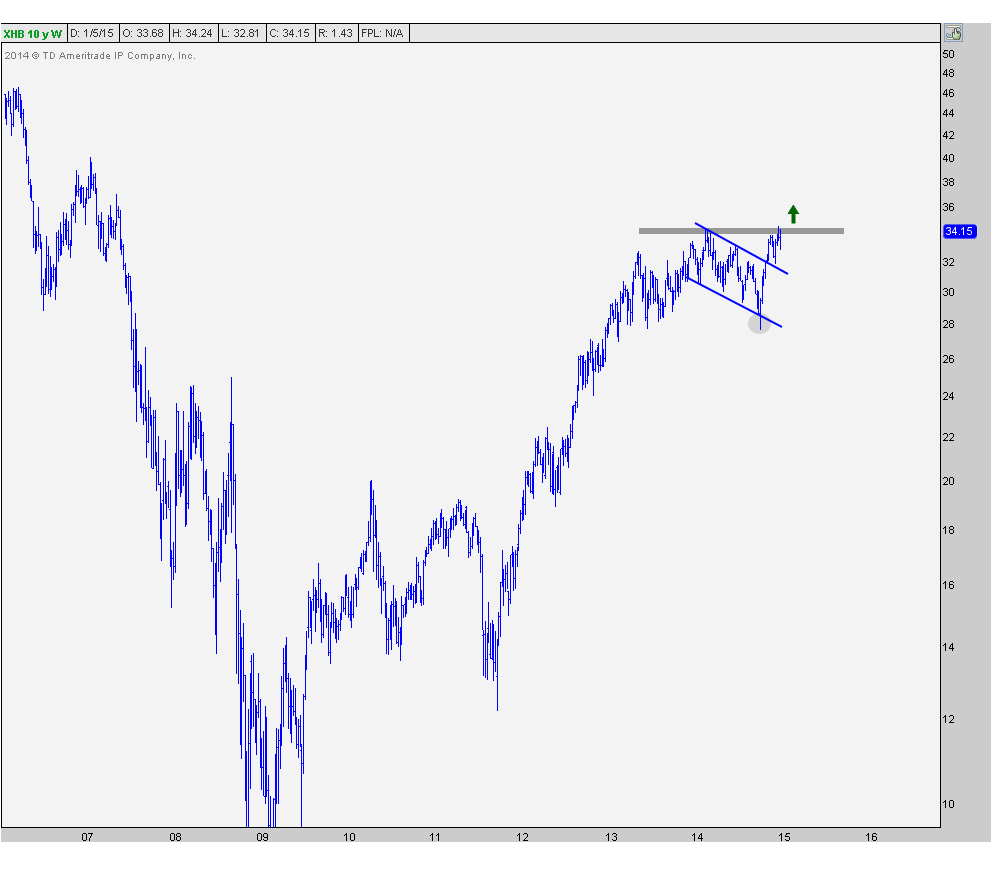 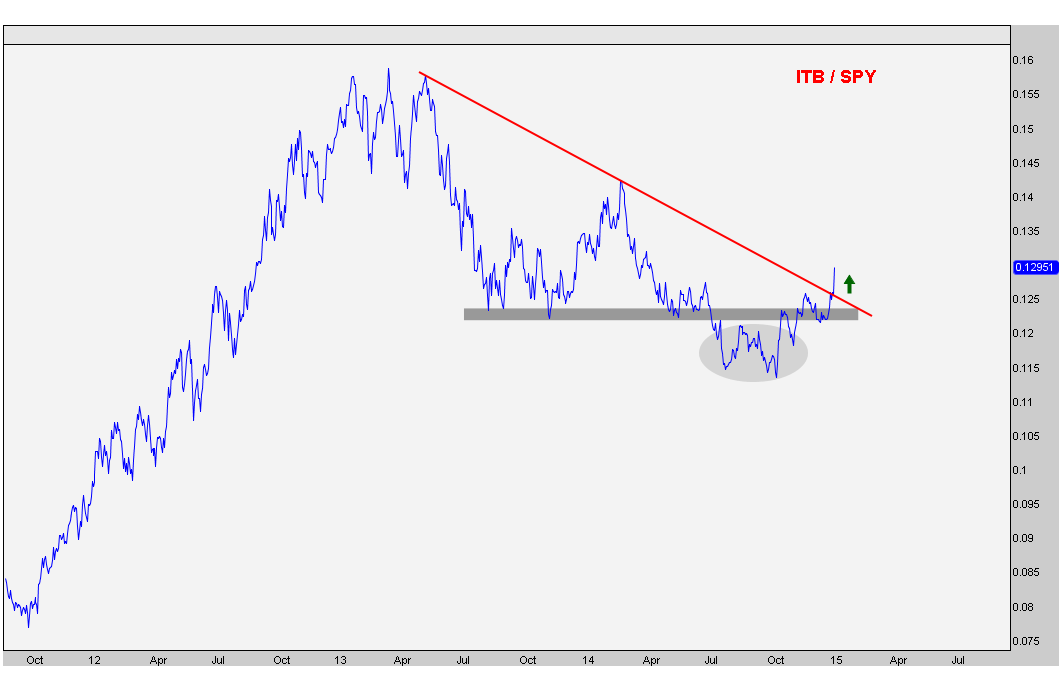 Reuters put together a Google Hangout this afternoon hosted by Phil Pearlman. A couple of money managers and I jumped in and gave our takes on the market. Phil asked me about the Homebuilders and I basically told him that the trade came and went. I think it’s time to look elsewhere short-term. The bigger picture, however, still looks constructive.