With U.S. Large-cap Indexes breaking out to new all-time highs, many are wondering when, and if, the Small-caps are ever going to catch up. The Dow Jones Industrial Average, S&P500 and Nasdaq100 have all taken out former highs and are currently in uncharted territory. The Mid-caps, Small-caps and Micro-caps, however, are still all well below their 2018 highs.

While we like to pride ourselves in looking at more charts per week than almost anyone on earth, I get a lot of value from regularly speaking to clients and colleagues. Tuesday was one of those days that I found myself on the phone speaking with people around the world. One theme that came up multiple times was the underperformance in Small-cap stocks throughout the late 90s. It’s something we’ve seen before. U.S. Large-cap stocks can do very very well even with small-caps underperforming, like they have since last year.

Here is a chart of the performance of each of them. The smaller they get, the worse the return has been: 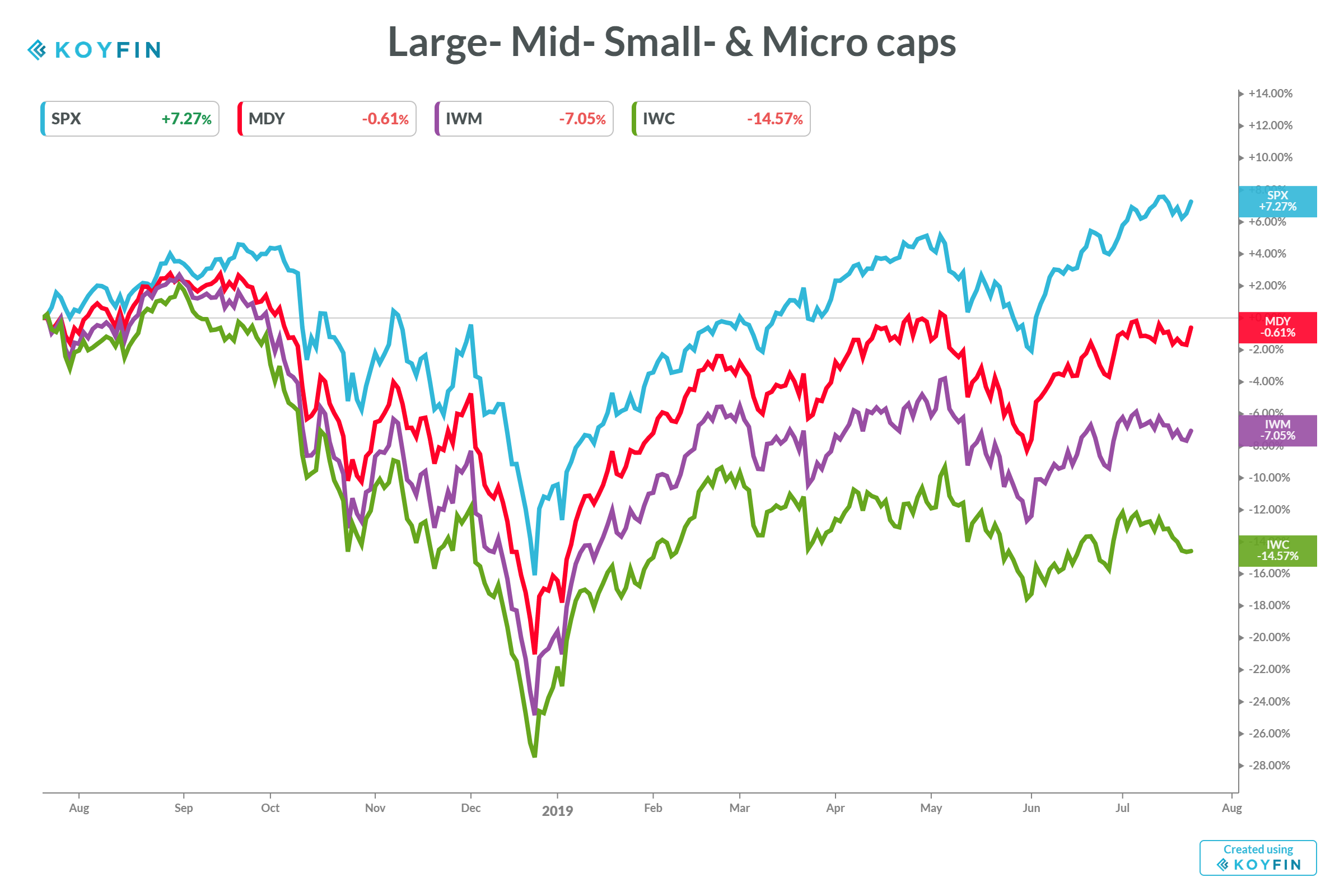 Don’t give me that cherry picked YTD data either. I won’t tolerate it. You have to go back further to really see the structural relative weakness. 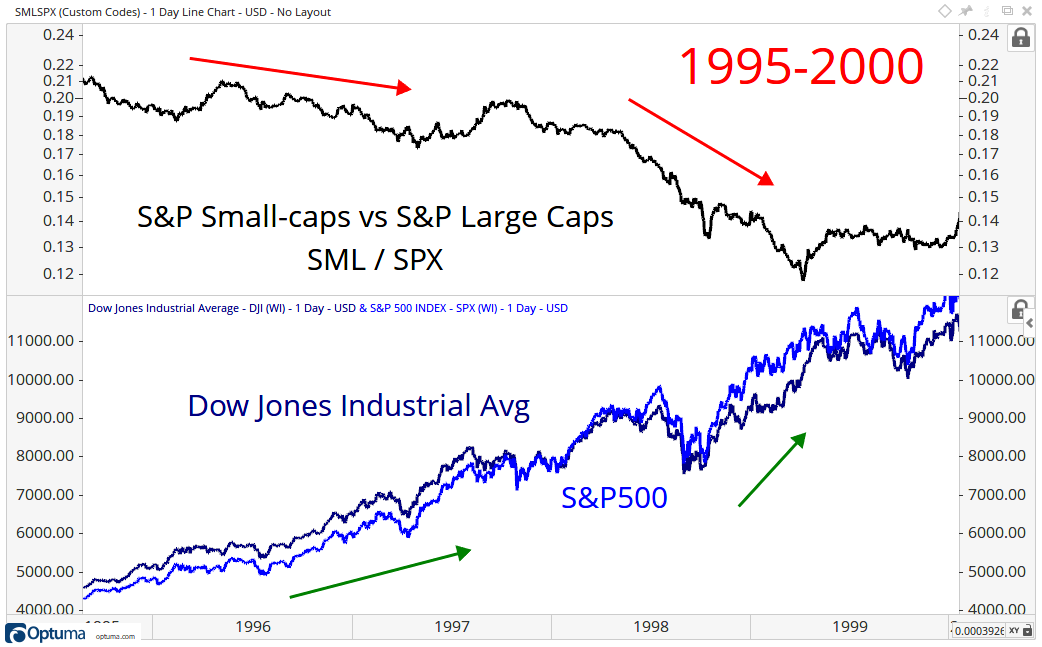 If you’re in the camp that we’re going to get relative rotation into smaller-caps, here are two important charts to watch, Small-cap Financials and Small-cap Industrials. How these charts resolve is likely to tell us a lot about the upcoming direction of Small-caps: 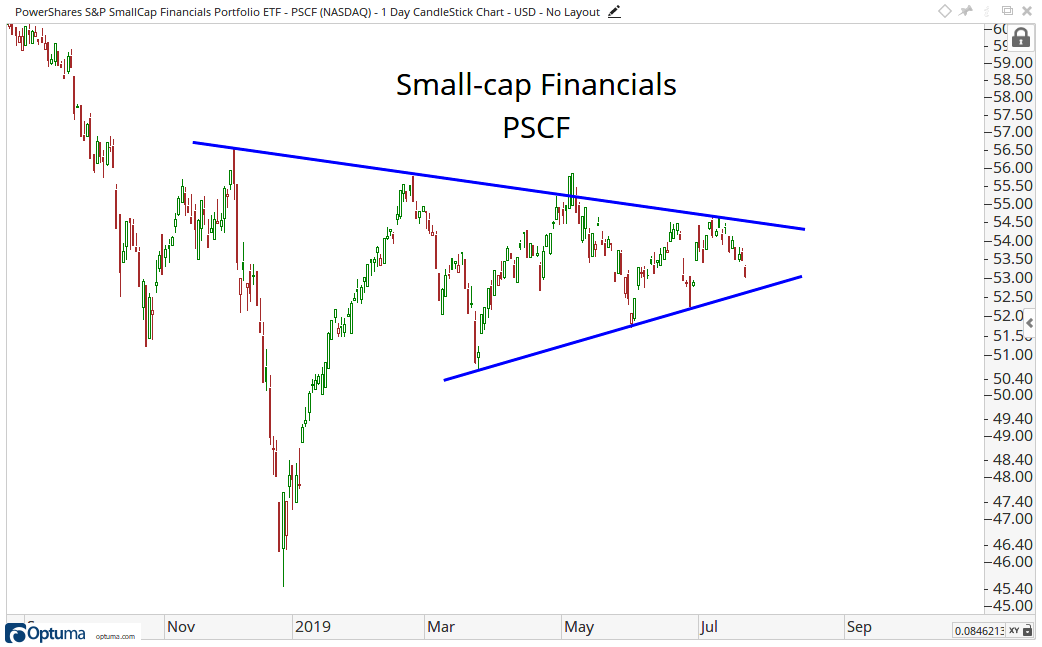 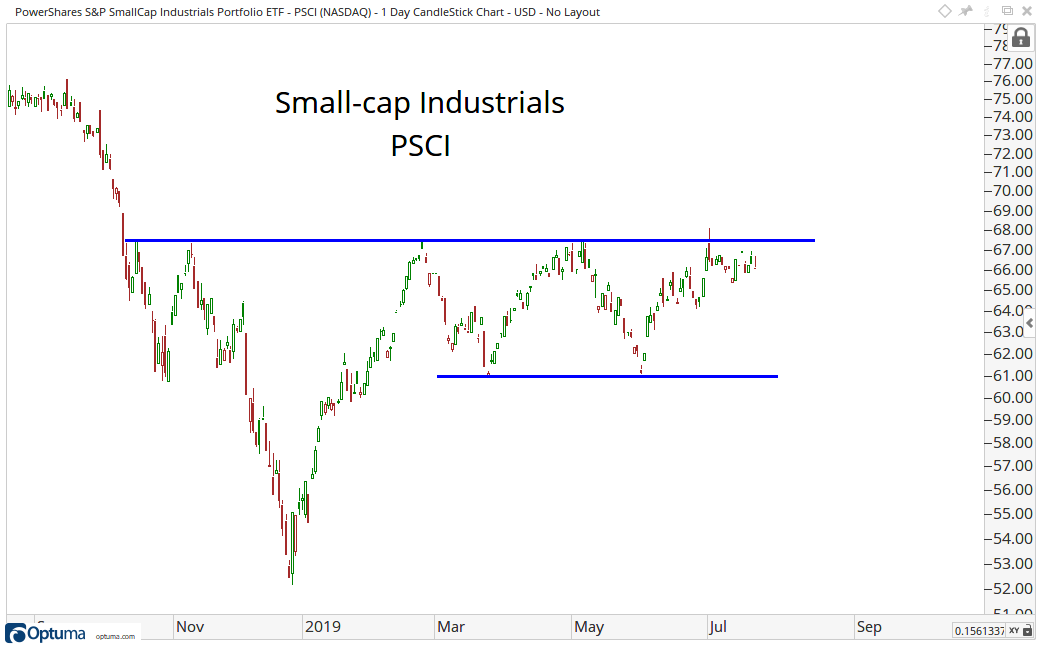 I think it’s important to listen. I get the argument to keep your head down and not worry about what anyone else thinks. Over the years, however, I’ve seen the value of being open-minded and learning from what others around us are talking about. This is a good example.

What do you think about this Small-cap underperformance?