During broad rallies in the equity markets, both in the US and globally, I look for those names / sectors / indices that are not participating to the upside, as those are normally the ones that lead to the downside once the market moves lower. One of the names that caught my eye during the rally off the February lows is Pfizer.

Before getting into the analysis of Pfizer, I think it’s important to point out the weak relative performance of the sector it belongs to.

The roughly 5 year daily chart of the ratio XLV / SPY shows the under-performance that’s been occurring in Healthcare stocks relative to the S&P 500 since mid-2015. Recently this ratio broke down below its primary uptrend line from the 2012 lows while momentum remains in a bearish range, suggesting that this under-performance is likely to continue. 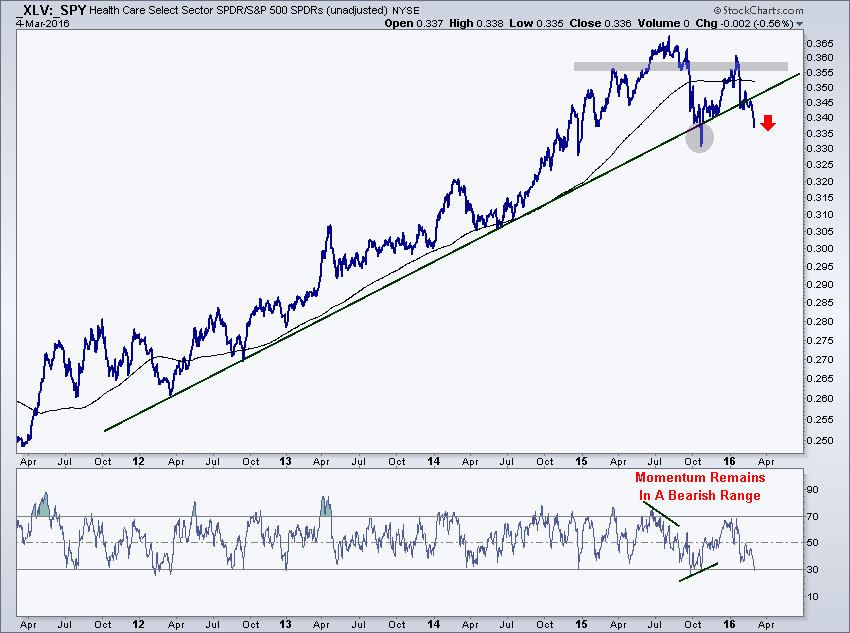 Within the broader weakness in the space, the ETF’s second-largest component, Pfizer, confirmed a breakdown relative to the sector by closing at new all-time lows on the weekly chart last week. The 7 year weekly chart of PFE / XLV highlights that breakdown and provides a measured move target of .39, representing roughly 11% downside from current levels. 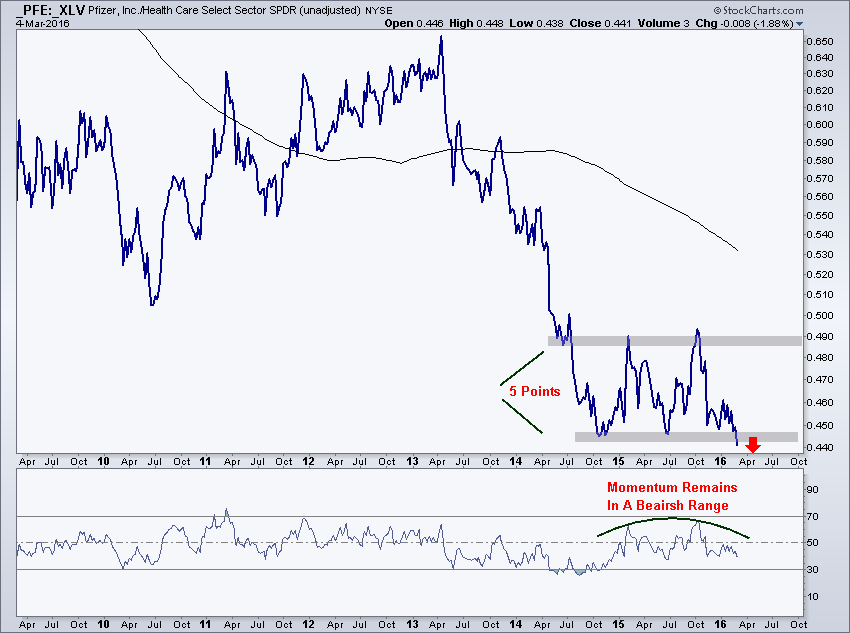 Not only is Pfizer in a sector that’s lagging the broader market, but it’s also drastically under-performing that sector itself. The risk is extremely well-defined in this ratio in that we only want to be short below the late 2014 lows, and the weight of evidence suggests probability is on our side as well.

I think that the current opportunity is trading Pfizer relative to the rest of the healthcare sector, but I’ll provide a structural picture of the stock on an absolute basis to help bring things full circle. 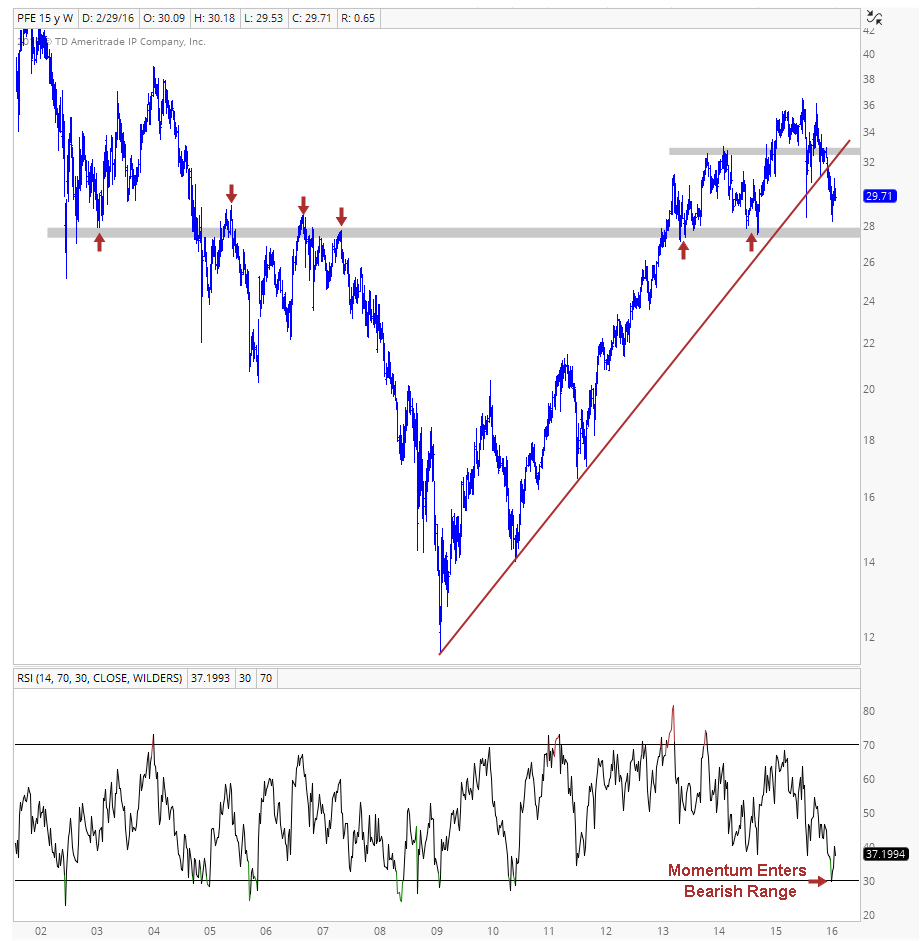 The chart above suggests that it’s best to remain neutral toward Pfizer on an absolute basis for the time being. We can see that momentum is in a bearish range and prices remain below the uptrend line from the 2008 lows, but it’s best to wait for a resolution of this 27-33 range before getting involved. I ultimately think the weakness in the healthcare sector and under-performance of Pfizer on a relative basis will lead to the stock resolving lower on an absolute basis, but there’s no reason to be short until we close below the long-term support level at 27.

The Bottom Line: The weight of evidence suggests that the under-performance of Healthcare stocks relative to the S&P 500 should continue. Pfizer is the second largest component of the Healthcare ETF (XLV), but continues to under-perform its peers.

Last week’s all-time weekly closing low presents an opportunity on the short side of PFE / XLV against the late 2014 lows. As long as this ratio continues to close below that level on a weekly basis, we want to be short with a downside target 11% from current prices at .39.

JC here – what is amazing to me is that Pfizer is literally hitting all-time lows relative to the Healthcare Sector ETF. This is serious and clearly evidence that it is a terrible place to be long and where we should be looking on the short side. The sector is terrible and the stock is terrible compared to its sector. This is a perfect ingredient for further deterioration in the name, particularly on a relative basis. For every dollar short $PFE we want to be long one dollar worth of $XLV. The best part about this trade is that the risk is very well-defined. We only want to be short if we’re below the lows since Q4 2014. It’s that simple.

Tonight Wednesday 3/9/16 is our Monthly Members Only Conference Call. If you’ve been considering a 30-Day Risk-Free Trial, now is the time. We are offering a deep discount that only lasts until midnight tonight.