This week high beta stocks are hitting fresh year-to-date highs relative to stocks with low volatility. This is a new trend, as lower volatility stocks did better than their higher beta counterparts in both 2014 and 2015. But this year has been a completely different story and it does not appear to be stopping. 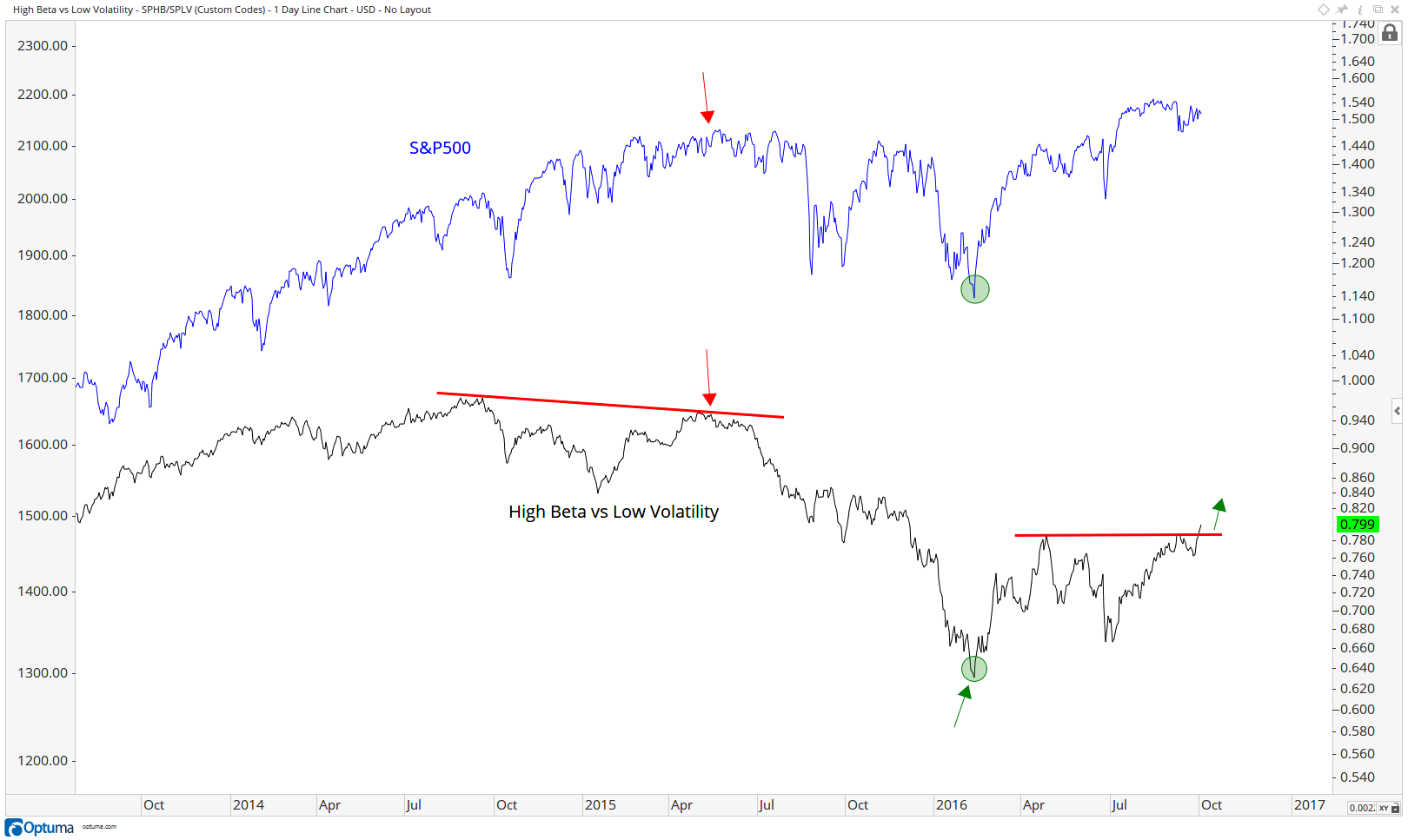 As you can see, the ratio bottomed in early February along with the S&P500, and have both been rallying ever since. More recently the high beta/low volatility ratio broke out to a new high for 2016. I would argue this is a positive for equities as an asset class and suggests there is a certain level of risk appetite for stocks out there that we need to respect.

Here is a daily chart of this ratio going back to 2011. Notice how in February of this year we broke down below what had been critical support back in 2011 and 2012. With a bullish divergence in momentum (14-day RSI), this failed breakdown became the catalyst to send the ratio much higher. In mid-August, the high beta vs low volatility ratio broke out above 0.76 to really get its next move going. The next upside target is up near 0.84. 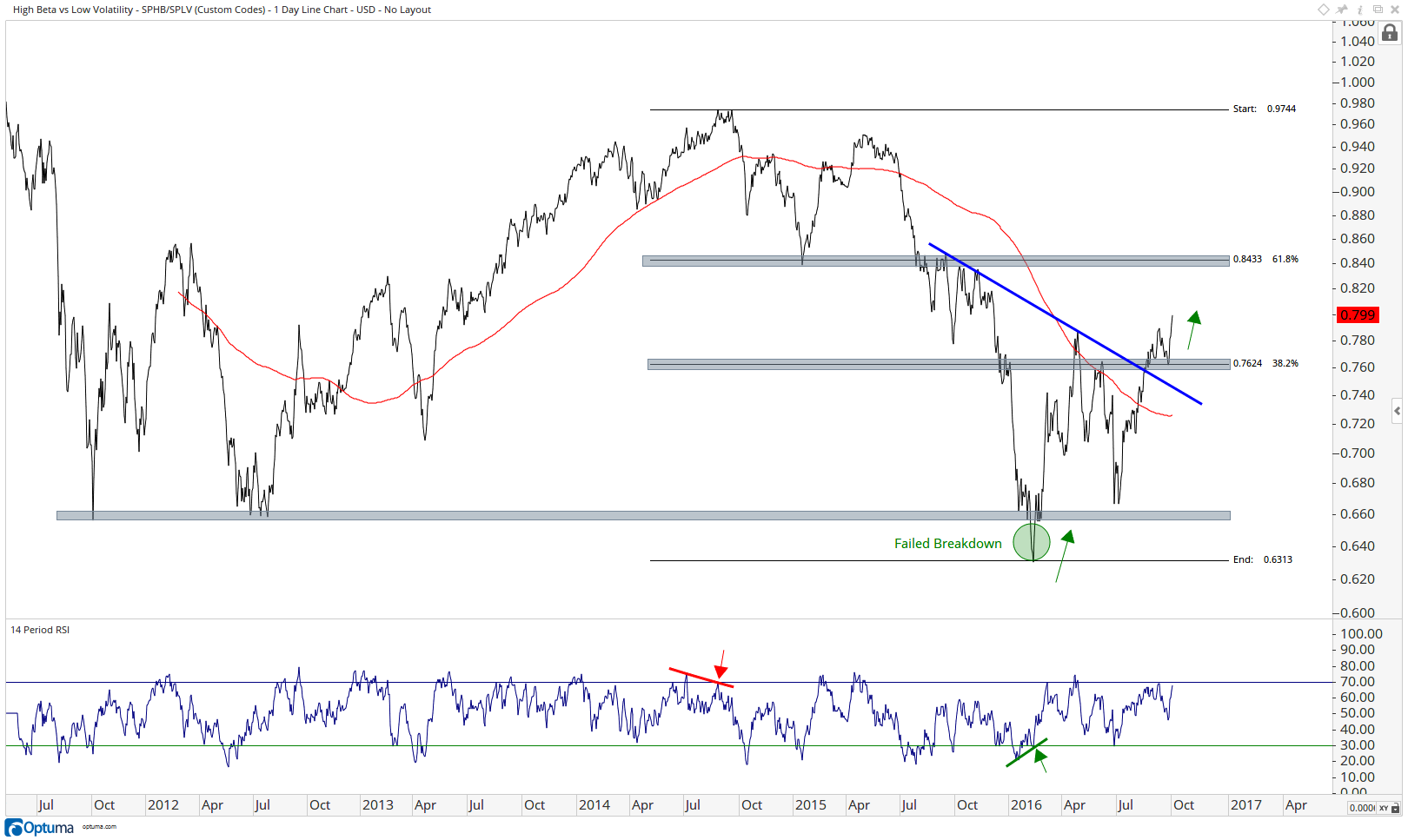 I believe this trend is here to stay for now and we can continue to expect high beta stocks to outperform the low volatility names. I think this is a sign of risk appetite, as opposed to the risk aversion, and is another feather in the hat for the stock market bulls.

For weekly updates on these charts above, Register Here for a 30-day risk free trial.