Today I want to talk about the bear case for shares of General Electric. This company is so old that it was actually an original component of Charlie Dow’s Industrial Average back in 1896. So I’m told….

I wish I had nicer things to say about this company headquartered in my old college town of Fairfield, CT. That place will always have a special place in my heart, so it’s unfortunate that I have to speak negatively about them. Oh well, that’s life I guess.

The first thing I want to point out is this beautiful uptrend channel over the last couple of years. Isn’t that nice? 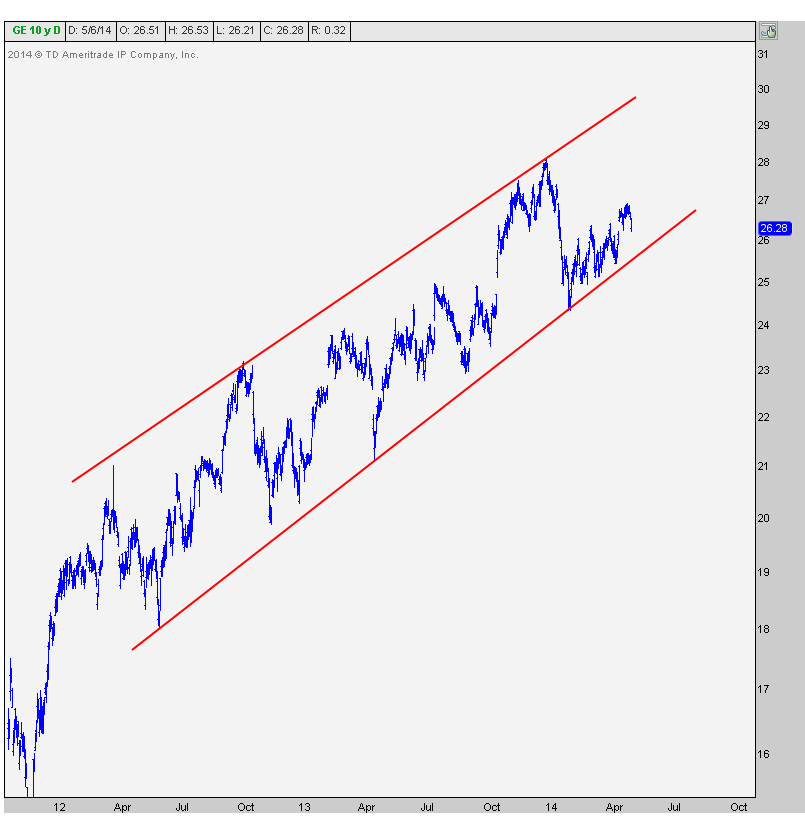 What worries me about this first chart is how many times the lower trendline has been tested. Remember that the more times a level is tested, the higher the likelihood that it breaks. We’re going on arguably 6-7 times depending on how you draw your trendlines. This makes this support extremely vulnerable.

The next chart, and the one that I think really makes the bear case is a daily candlestick chart. The first thing that I notice here is the failed breakout towards the end of December. Naturally, this occurred at the exact same time that US Treasury Bond yields also put in a failed breakout: 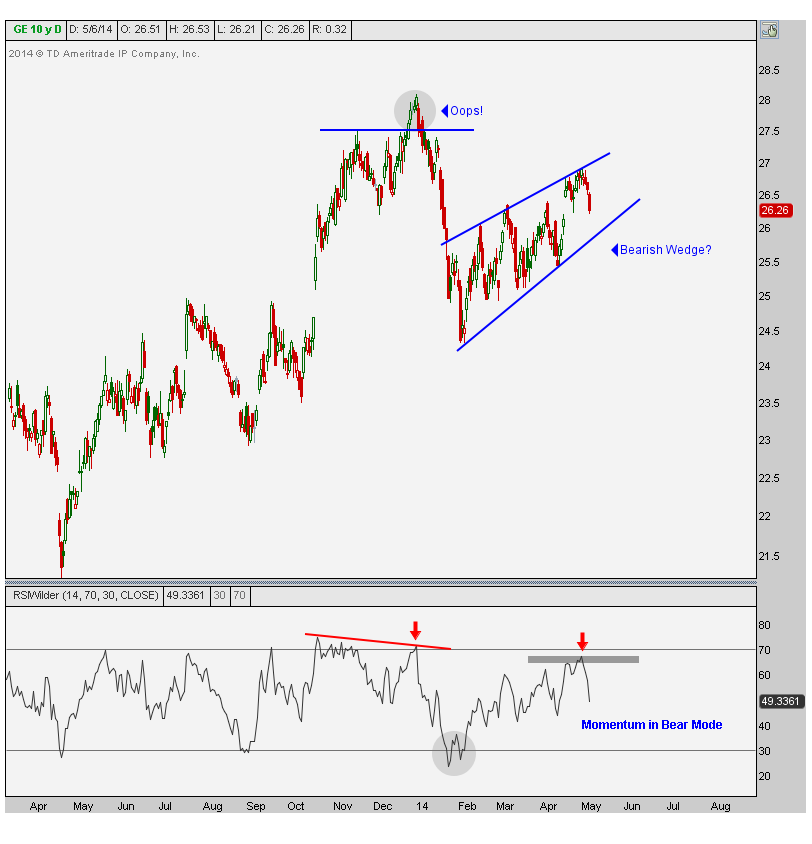 The next thing you can see is the bearish momentum divergence that was being confirmed during that failed breakout. This is how huge sell-offs are born. I’ve seen this a million times. Sure enough, $GE fell 13% over the next month. Now, as usual, nothing goes straight down. Shares of GE retraced 2/3 of that decline back towards former support in January before rolling over again. This bounce back has taken the form of a fairly clean bear wedge-looking pattern.

Also notice how on that January decline, momentum hit oversold conditions but then failed to reach overbought conditions on the bounce back. This puts momentum very much in the bear camp.

It looks to me like $GE is likely to see a 20 handle. This means that the current price is well over 20% away from that target. This is not a name I would want to be long and would be a seller on any and all strength.

On a relative basis, this has been dead money for a while. Look at a relative strength chart of GE since the 2009 bottom. Nothing sexy to see here at all: 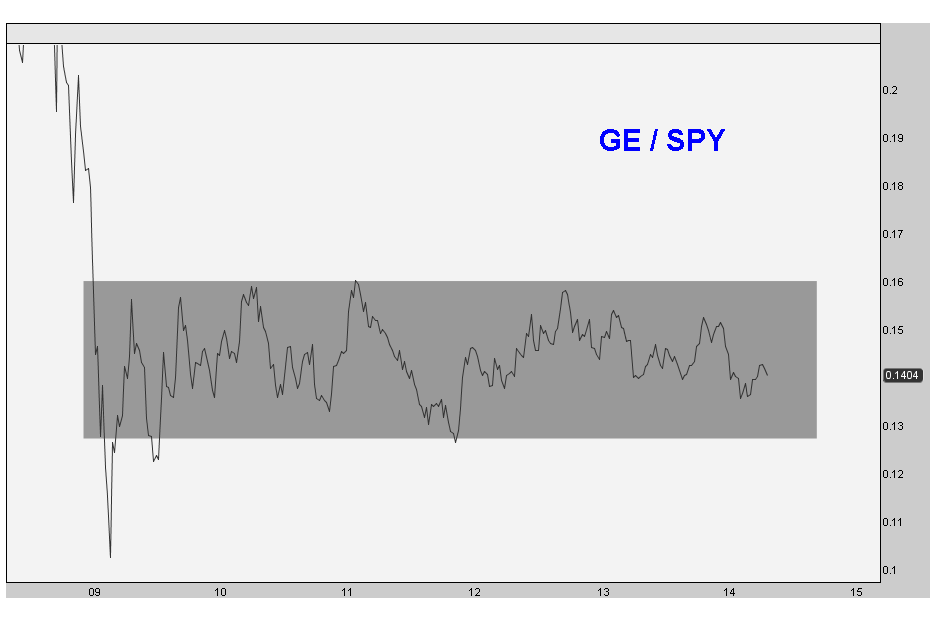 It trades like a financial and I’ve been aggressive bank bear this year. So it makes a lot of sense to me. The positive correlations between GE and XLF are through the roof, especially bigger picture.

Structurally, I clearly think GE is in a lot of trouble. From a tactical perspective I would become more short-term neutral if prices get above 27. But below that and I’m a very very aggressive seller. Look out below.

REGISTER HERE for more information on how to access updates on these charts as well as the rest of the 30 Dow Components on a weekly basis.