With Financials, arguably America’s most important sector, making lower lows relative to the rest of the market, it’s hard to see them emerge as new leaders. New decade+ relative lows in $XLF is not what you want to see if you think the stock market is going a lot higher. It’s actually the opposite.

I look at Regional Banks and wonder, Is this a major bottom? Or is this just a normal consolidation within an ongoing trend? So then I look at momentum in a bearish regime, and its parent sector, Financials, breaking down to the lowest levels relative to the S&P500 since March of 2009: 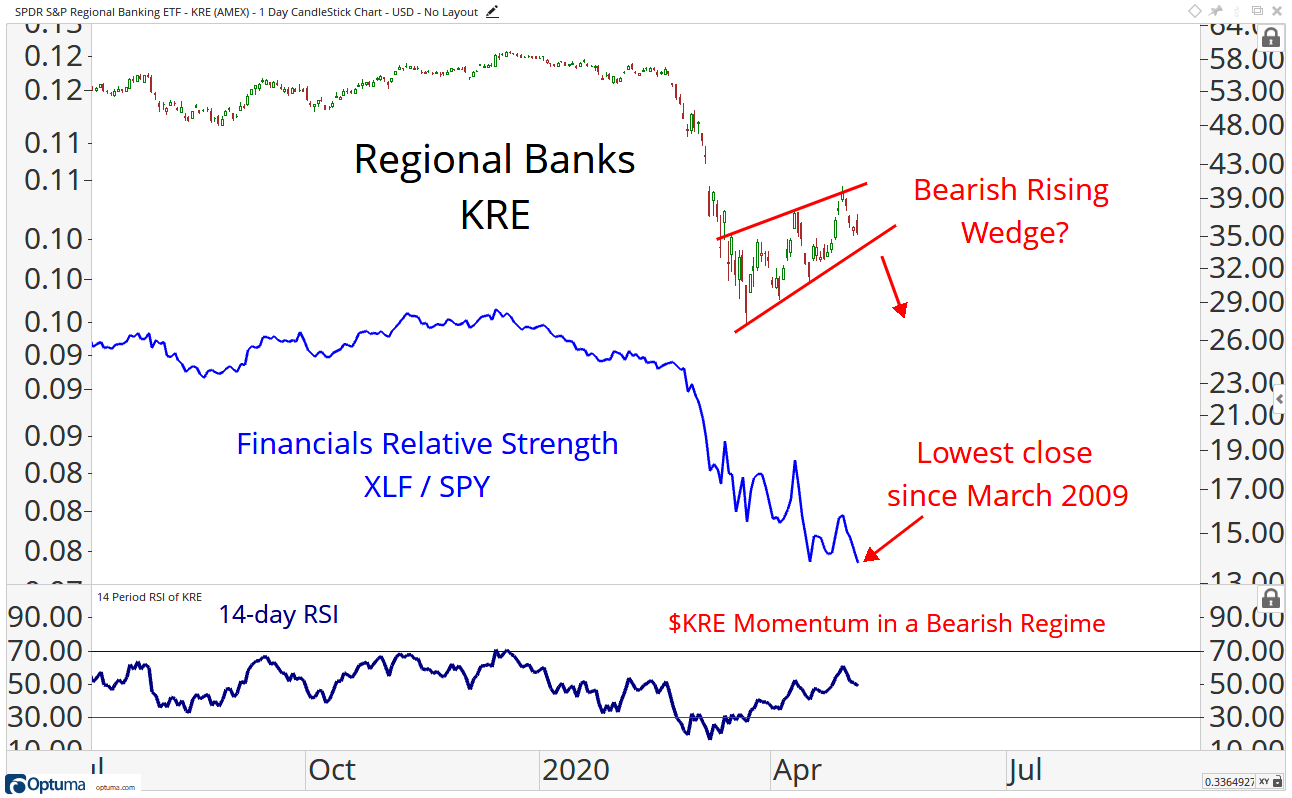 35 is an important level of interest in Regional Banks. A break back below that would complete this consolidation, in my opinion, and offer a nice short opportunity. We only want to be short bank stocks if $KRE is below 35, otherwise it’s a no touch.

Meanwhile, the Industrials closed yesterday at their lowest levels relative to the S&P500 since October of 2000.

This just doesn’t add up to me getting aggressively long stocks here.

The gold miners, on the other hand, are a completely different story. We’re seeing new highs relative and on an absolute basis over there. So that’s where we’d rather be.

Check it out: Junior Mining Stocks