After the failed breakout this week in Semiconductors, the chart has turned ugly. There’s no denying it. Yesterday on Fast Money I mentioned the underperformance in the space as the rest of the market was hitting new all-time highs. This $39 area in $SMH was big time resistance thoughtout May and June. But this attempt to get through those levels reversed rather quickly, on big volume.

Here are the daily bars for the Market Vectors Semiconductors ETF: 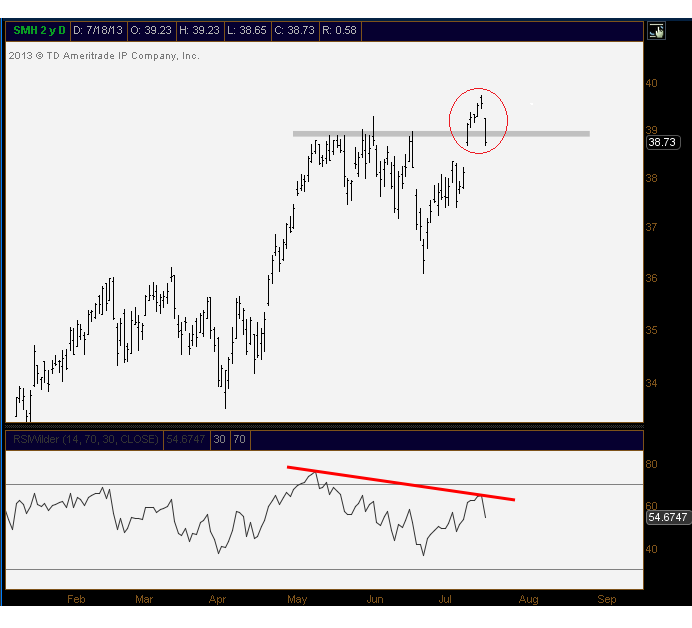 Another major concern I have here is the bearish divergence in momentum that developed after this week’s highs failed to hold. Look at the Relative Strength Index, plotted below, putting in lower highs as prices made higher highs. No bueno…

I would say that to nullify this bearish developement, you really want to see prices get back above 39, hold on to it, and see RSI break above that downtrend line. Until then, Semi’s are guilty until proven innocent. At least in my eyes. Watch Intel here, it represents almost 18% of this ETF.