This is the weekly post that aggregates all the charts we put together throughout the week and organizes them all into one, easy to flip through deck. 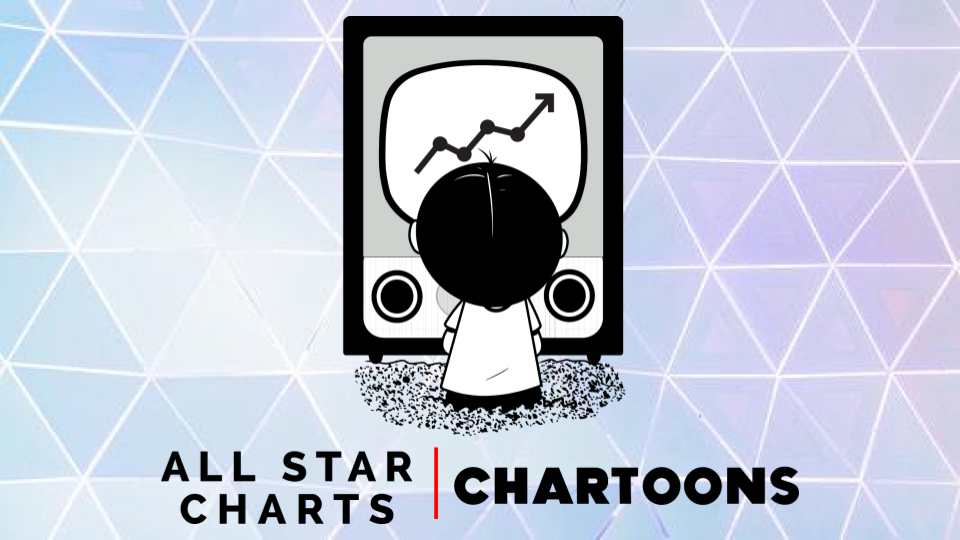 Here are a few things that I’m thinking about right now….

First the obvious and arguably the ugliest.

Emerging Markets are getting crushed. And it’s not just a China thing. It’s been broad-based selling in most emerging markets. 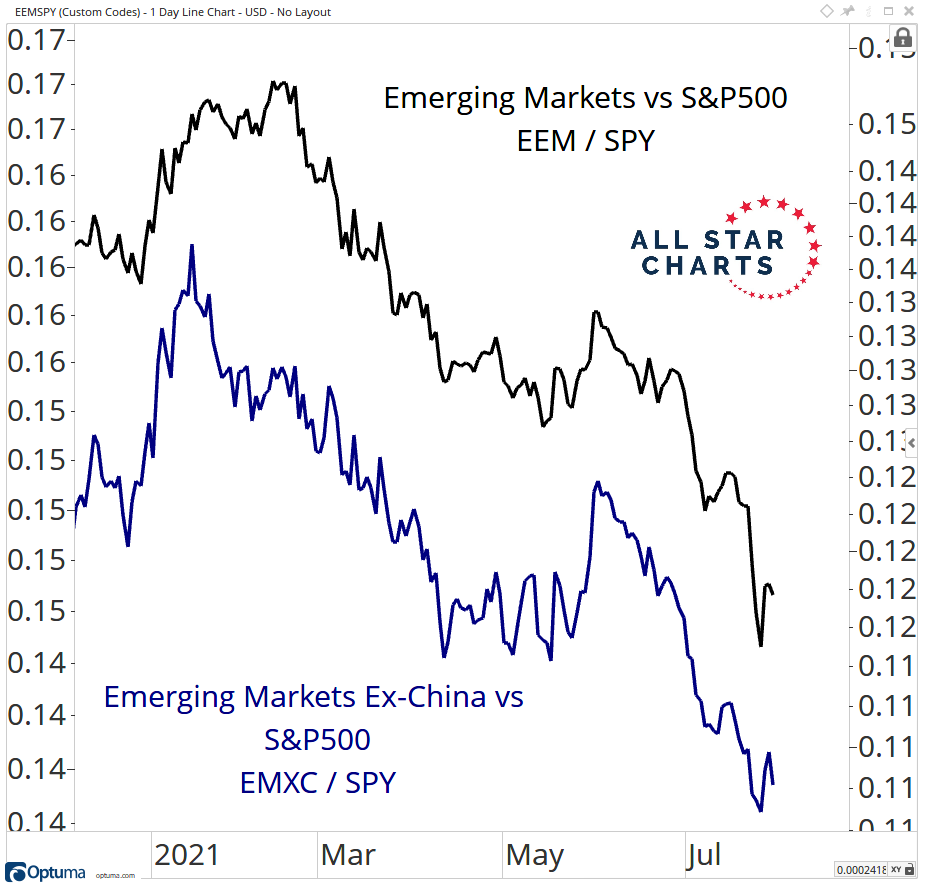 You also see it spilling over into stocks like Industrial bellwether Caterpillar that tend to move with EM: 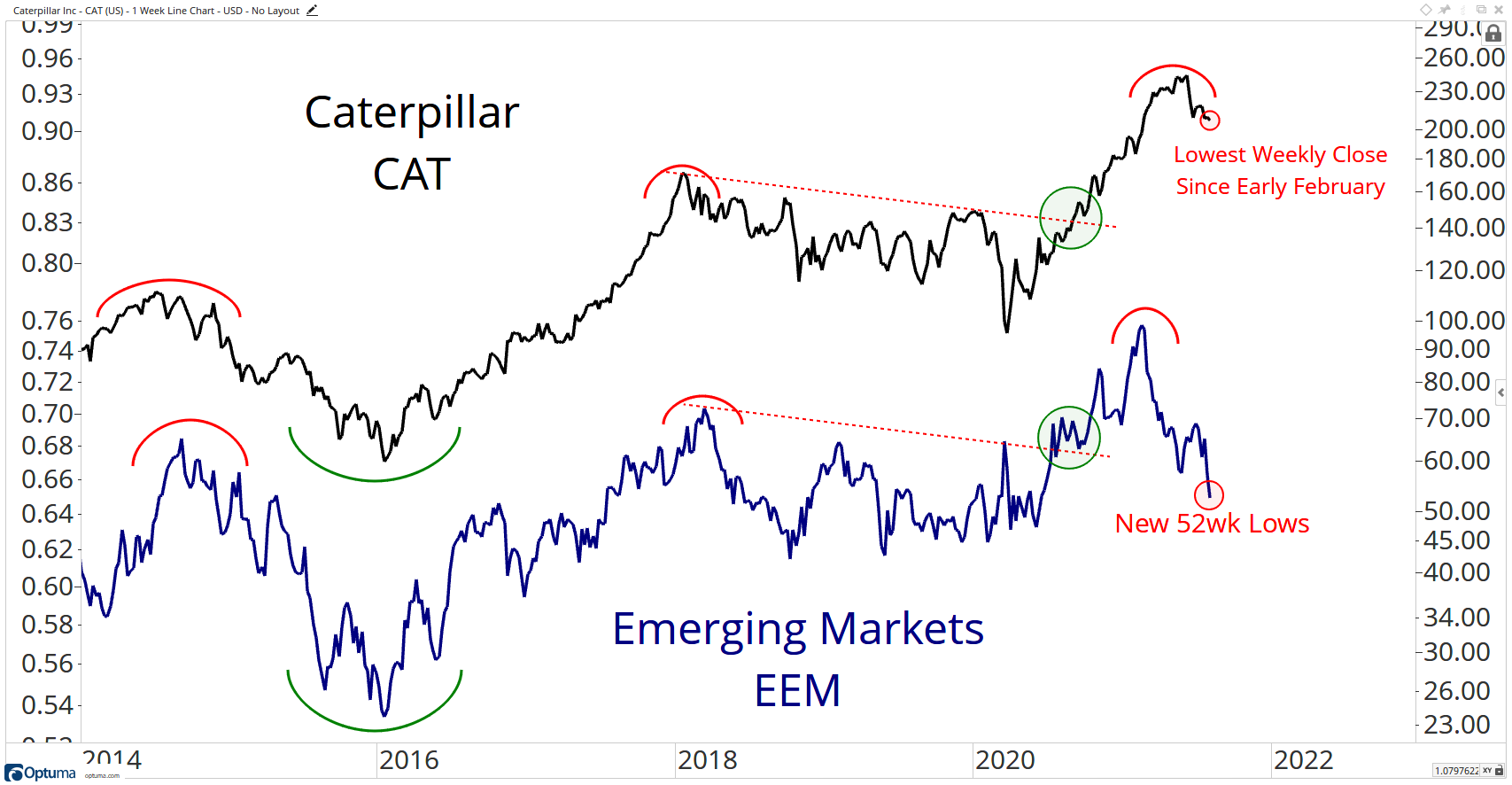 But I do have some good news.

I woke up to this gem today.

Usually, by the time the Economist gets wind of a trend, to the point where they even make a cover out of it, we’re usually no where near the beginning of that trend. 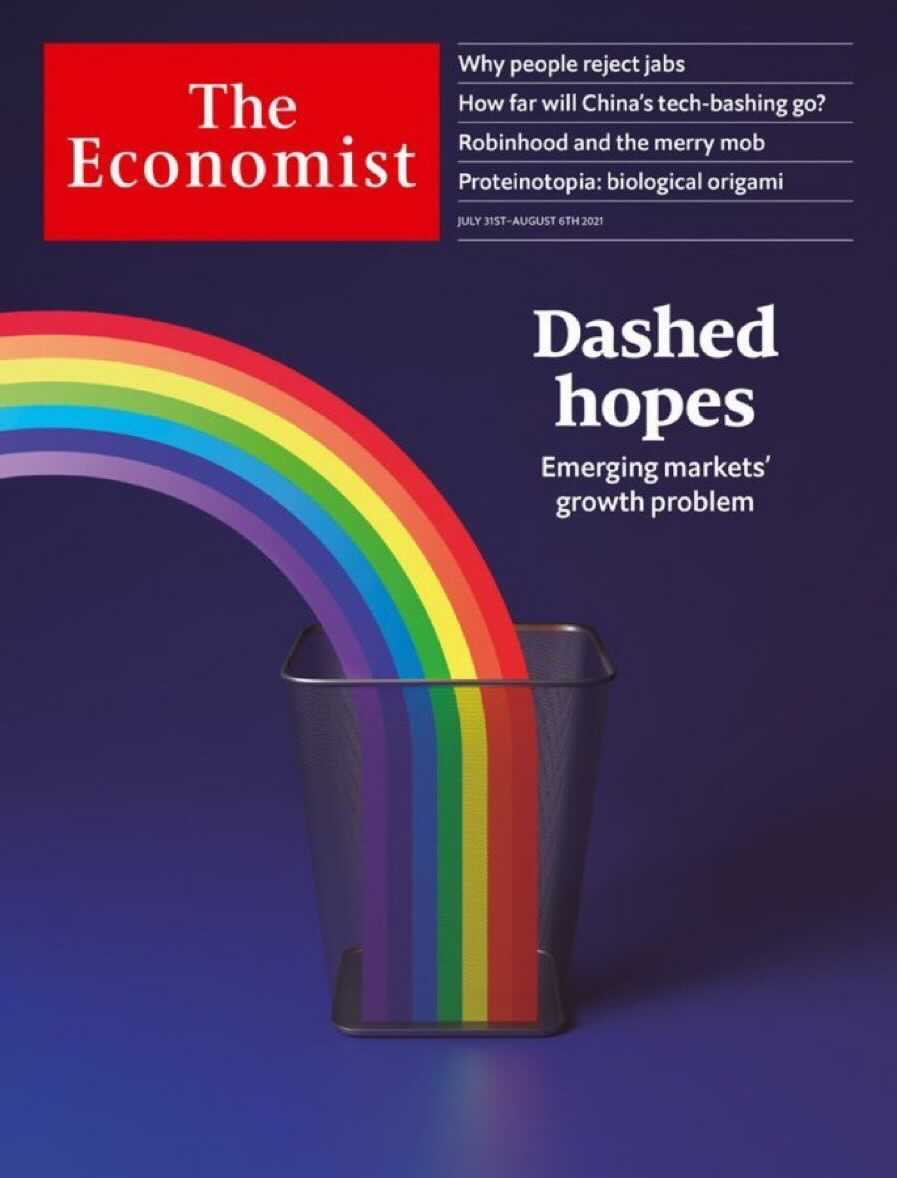 Remember the stampeding robot bulls, just as stocks peaked and proceeded to crash faster and harder than almost any other time in American history?

Or when the US Dollar immediately peaked when they put a body builder version of George Washington on the cover? That was one of the most epic Dollar short entries of all-time.

Anyway, these covers usually come late to the party.

So if you’re going to bottom-fish Emerging Markets, there’s one for you.

I’m not in favor of a lot of data mining. That’s how you can get into a lot of trouble and ignore price trends. But if you’re curious on how Emerging Markets usually do after such severe underperformance, Jason Goepfert does a good job: 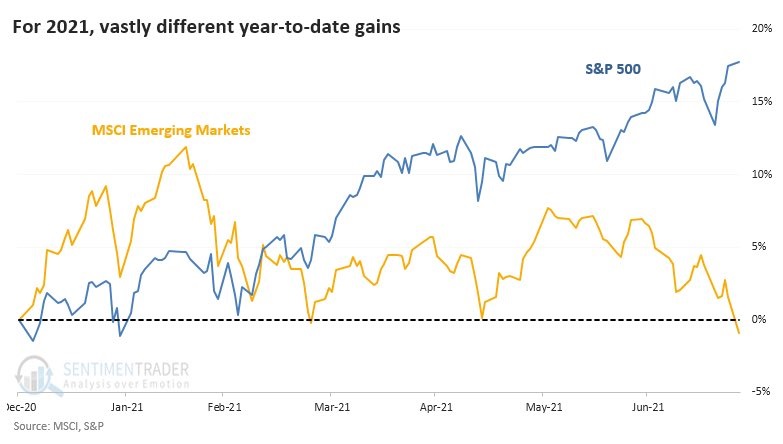 “Since 1988, there have been 3 other times when the S&P 500 was up by double digits through late July while emerging markets were in negative territory for the year. Each time, emerging markets fell further in the month(s) ahead”.

You can get more from Jason here.

What else is new?

My argument about the whole thing is that if you’re going to want to own Emerging Markets, or at least trade in that direction, wouldn’t you want to be in the strongest part of it?

We went over all of this in yesterday’s Commodities Report.

Another interesting area is in the Home Builders. We’ve already been buying this group. But here’s the Home Construction ETF $ITB now putting in a nice bottom right at a critical level:

I like the risk vs reward opportunity in Toll Brothers.

If the bet is that we’re breaking out of a 16-year base, then we have to be above those Summer 2005 highs for this to be a valid thesis: 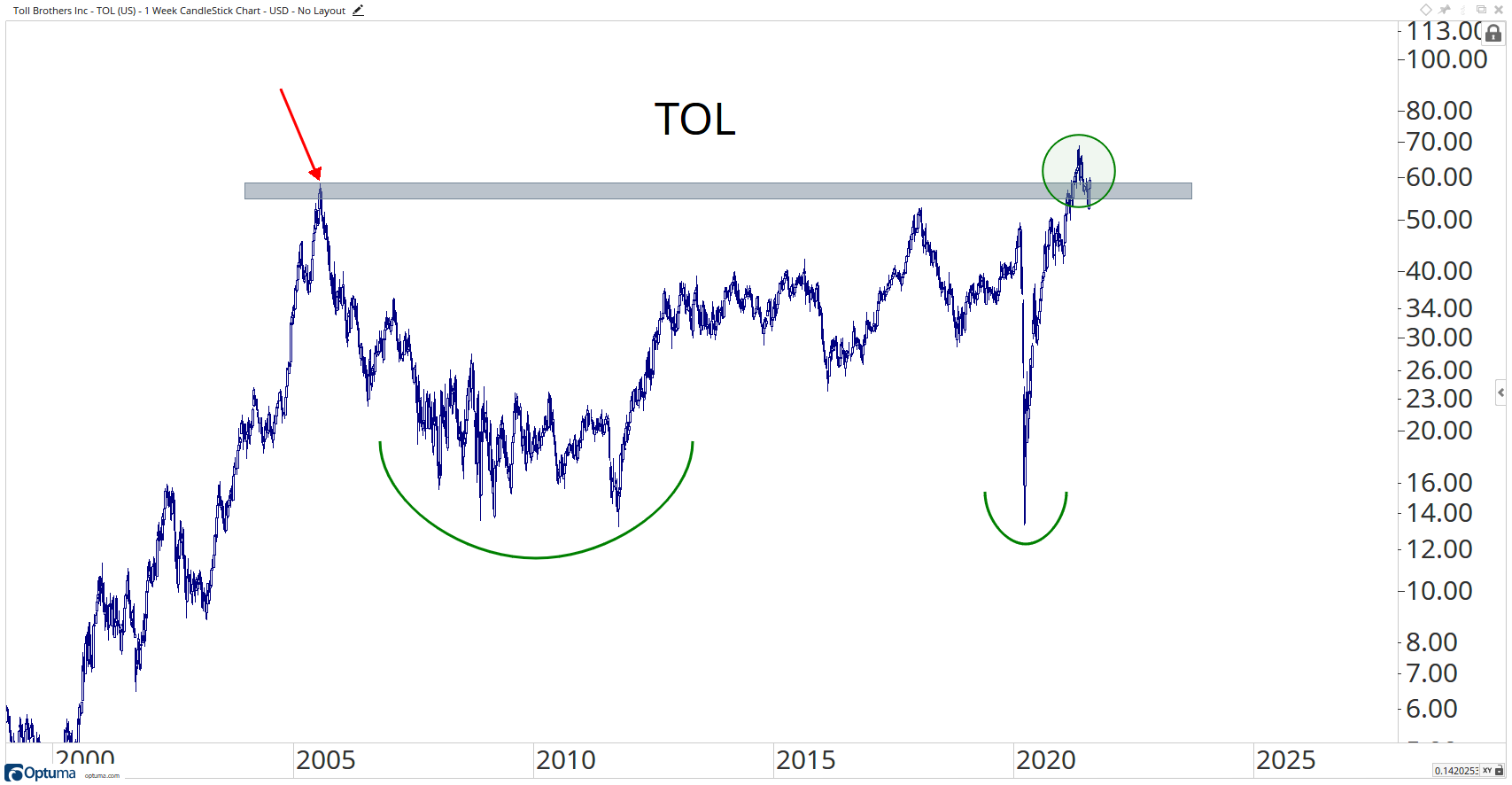 If we’re above 57 then $TOL is a long, but certainly not if we’re below that.

86 is the next extension target, so the reward to risk ratio here is almost 30 to 1.

And don’t sleep on bonds. This trade is really working out well for us.

That’s 4 months in a row of Treasury Bonds going up in price: 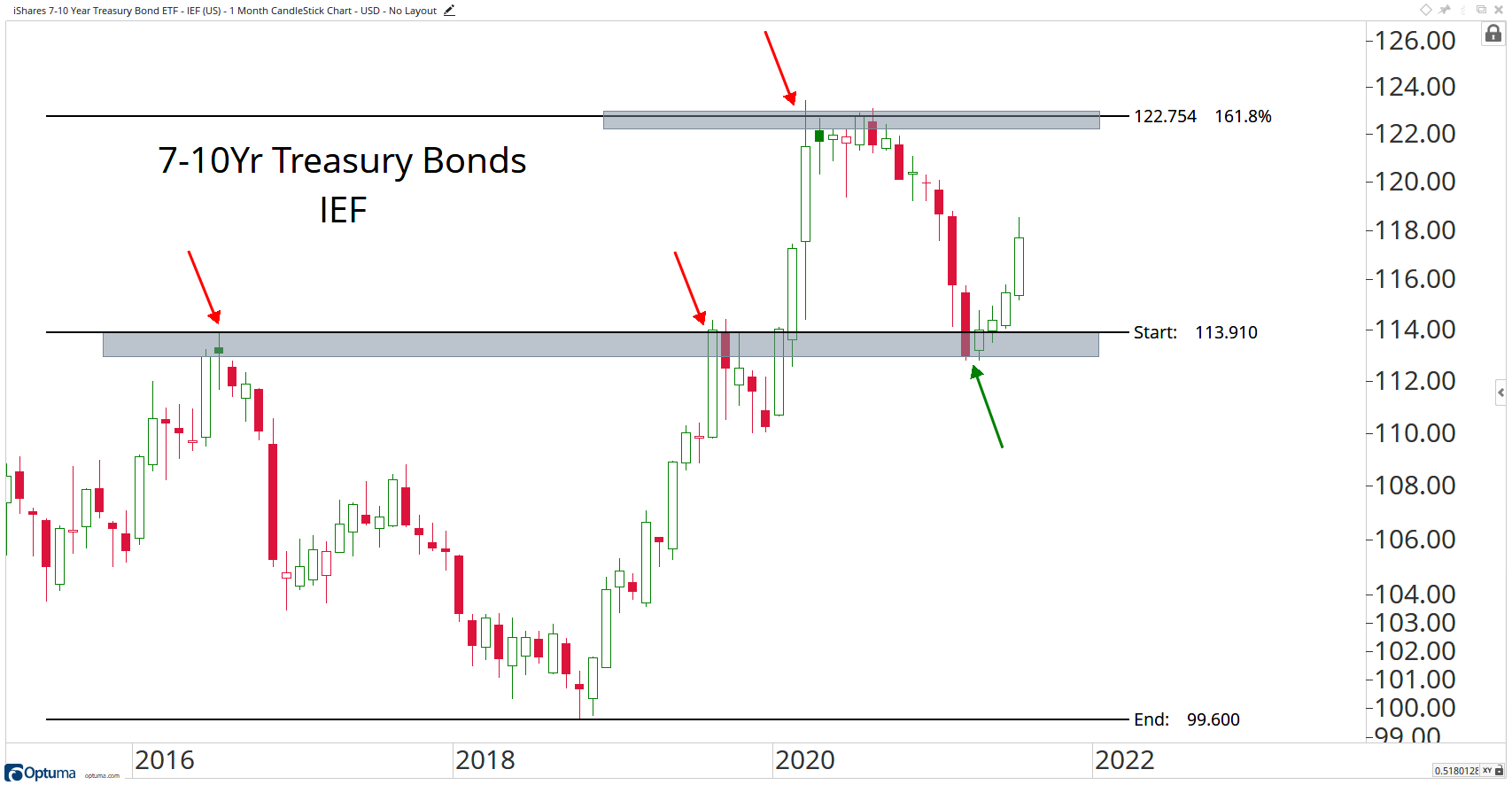 There are winners out there and there are losers.

That’s the type of market that we’re in.

Keep an open mind and don’t fall in love with a thesis. That’s probably the best thing I can tell you right now.

We’ll discuss all of this on Monday night. Premium Members make sure you’ve registered here for our Live Video Conference Call. As always, if you can’t make it live, the video recording and slides to download will be available immediately after the call.

Here are the rest of this week’s charts and trades:

Premium Members can log in here to access this morning’s Chartbook. Please login or start your risk-free 30-day trial today.