Every earnings season when Cisco reports, we always hear about how it’s a bellwether and a leading indicator for the market’s health and anything else to get people to watch the tv or click on links. But truthfully, the stock is a joke. Has been and continues to be. It’s not a bellwether for anything and doesn’t lead anyone anywhere. But you know, you can’t let the truth get in the way of a good story.

I particularly like the headline, “Cisco Disappoints”. As opposed to what? When haven’t they disappointed?

To start, let’s just put things in perspective. Here is a 20 year monthly chart of Cisco Systems showing the rise and collapse after 2000. Since then, this stock has just been trading around levels from the late 90s and not really doing much relative to what it once was. 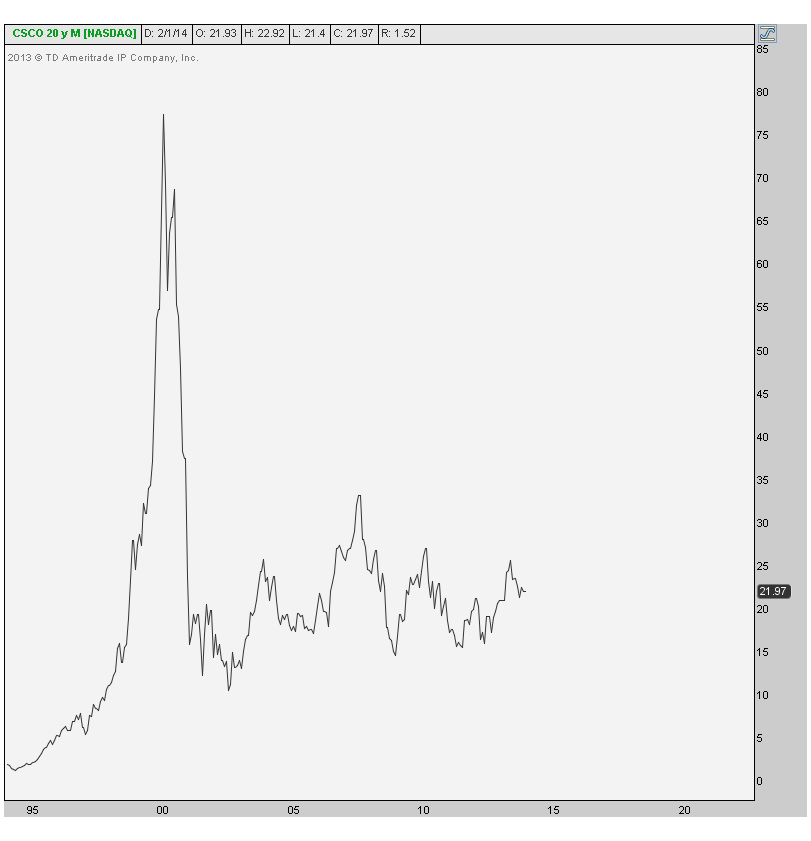 The next chart shows the relative strength in Cisco since 2009. After underperforming the S&P500 throughout 2010 & 2011, it has continued to struggle as it hangs out near 13-year lows in relative strength. I can’t help but laugh when they call this one a leading indicator. 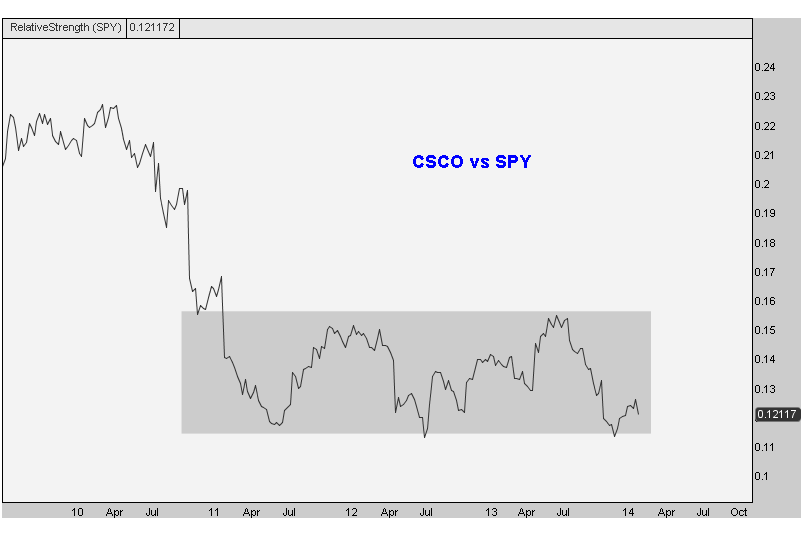 Now here is a weekly bar chart showing the downtrend line from the 2007 highs finally being taken out last summer. I like how prices came back and successfully retested this trendline in December. As long as prices stay above $20, I think structurally there is little to be concerned about (other than that epic underperformance mentioned earlier). 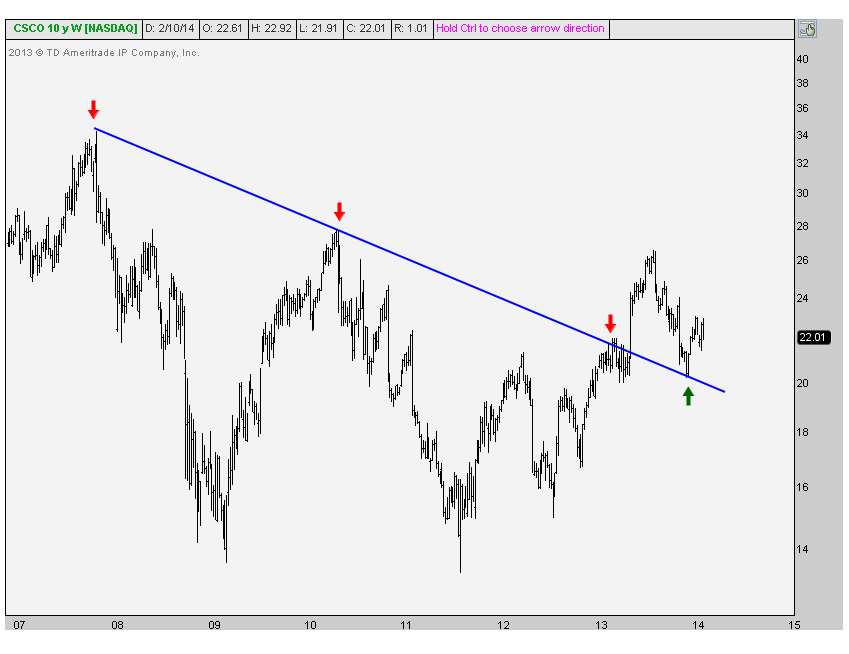 Finally we’re looking short-term at the mess that is Cisco Systems. Look at this disaster. Is this the stock you want to own? I’m no rocket scientist, but I see a chart going from the upper left to the lower right, while most of the stock charts I look at are doing the exact opposite. 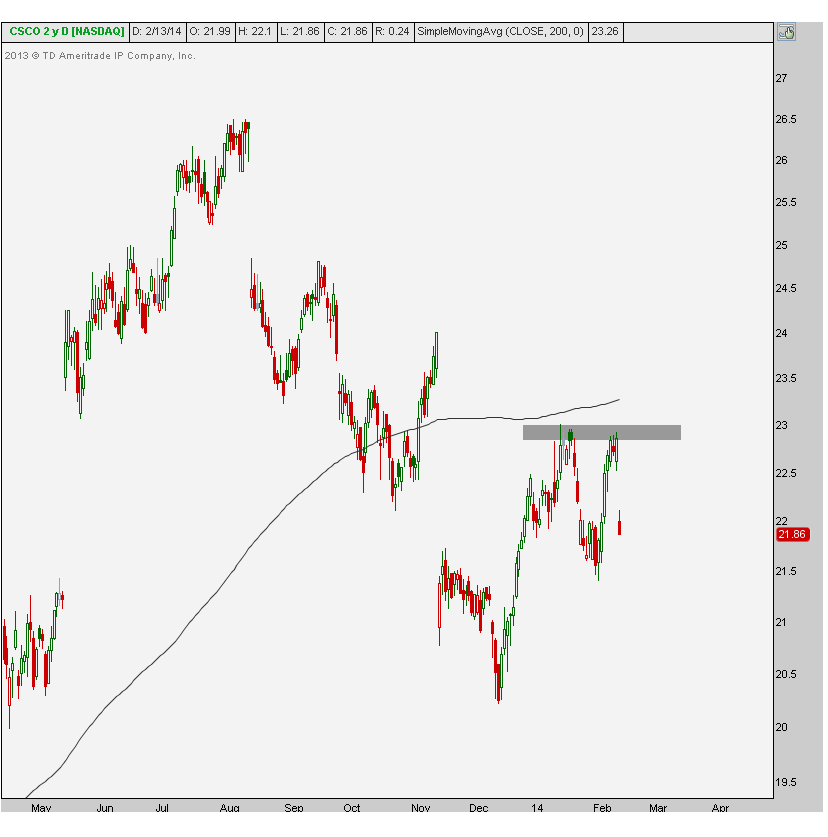 I would need to see prices take out December highs and hold above this rising 200 day moving average in order for me to get excited about this one. Aside from that I see no reason to be involved on the long side. If prices manage to break below the December lows, I think this one is in big big trouble. It would suggest getting aggressively short, both absolute and relative to the S&P500 as the relative chart breaks down below 13-year lows.

Register here if you’re interested in similar analysis for the rest of the Dow 30 components.