There is a lot of noise surrounding the period between Christmas and the start of the new year. Santa Claus rally this, end of 2016 predictions that, what worked this year, what didn’t….. The truth is, most of that doesn’t matter and is just a lot of air-time filling, click baiting noise. Sure, if Santa Claus doesn’t show up and the U.S. Stock Market doesn’t rally during the last 5 trading days of the year and first 2 of January, bad things tend to happen. Fine. But end of year predictions are always wrong and they’re just a sell side marketing gimmick that the financial media eats up and loves to promote. It’s just noise. As far as what worked this year and what didn’t – it’s too late now anyway, so who cares. We want to look forward don’t we? Aren’t we here to make money?

What we really want to focus on during this period of the year is the tendency for markets to exhaust prior moves and reverse course into year-end. For many reasons, including the much lower volume, rookies at the trading desks with their hands tied behind their backs and year-end portfolio cleansing, there is always a major asset class that shakes out some weak hands and reverses course around New Years. This then sparks a major rally into the first quarter and sometimes throughout the entire year.

I’ll show you guys a few recent examples. In 2013 , U.S. Treasury Bonds got crushed. After putting in a pretty important bottom in September of that year and rallying for about 6 weeks, prices once again rolled over and actually put in new lows on December 31st. The headlines were, “U.S. Treasury Bonds hit new lows”, because they did. But in reality, what happened was that they put in fresh lows, then quickly reversed course and began to rally to start the year. That final puke, if you will, sparked a major rally in January of 2014 which wound up lasting all year and turned out to be one of the greatest years for the bond market in American History.

Here is the chart showing the whipsaw, or “Failed move”, if you will, that sparked a very fast move in the opposite direction. We’re looking at the Bond ETF $TLT here, but the same can be seen in the long-dated bond futures: 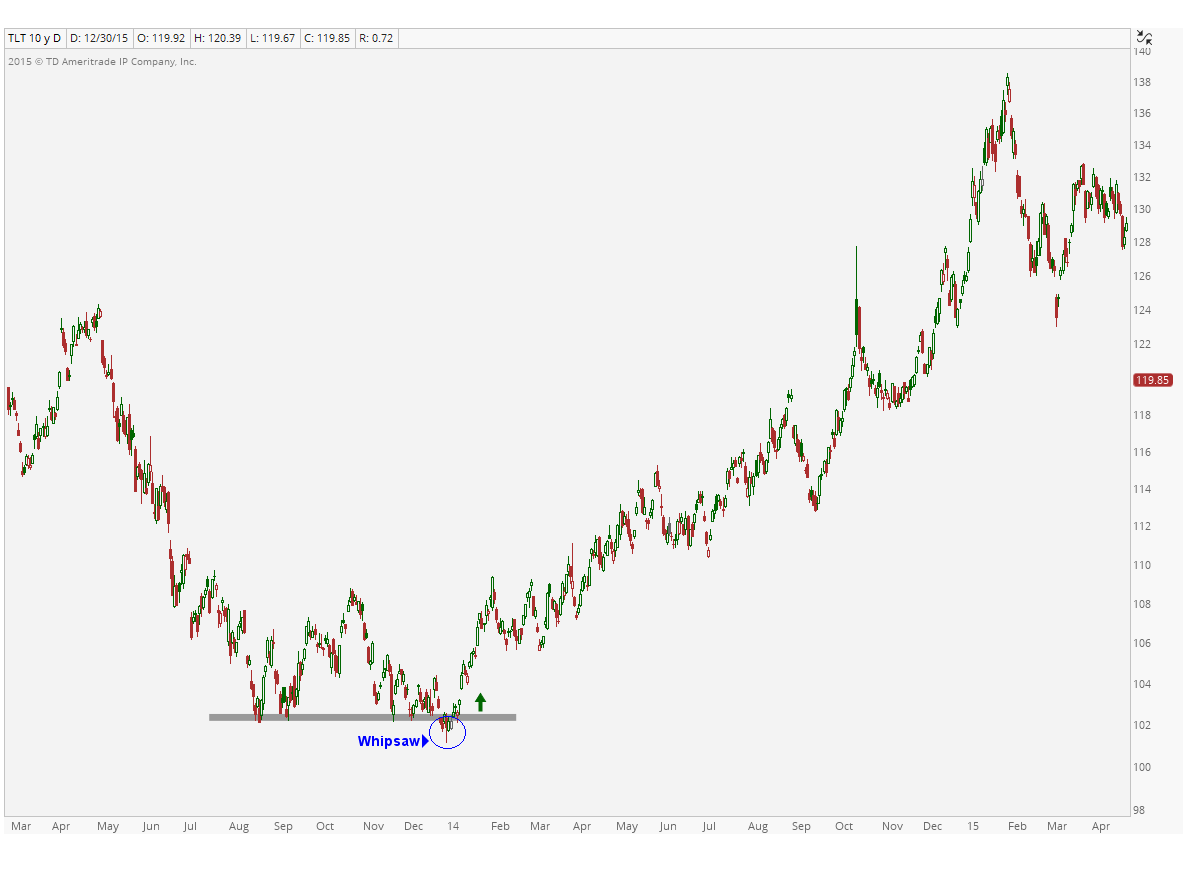 Another fabulous recent example was in the precious metals space at the end of 2011. Both Gold and Silver put in their historic tops that year, Silver in April and Gold in September, and have been crashing ever since. It’s been one of the most beautiful sentiment unwinds I have ever seen, yet we still hear all of these irresponsible gold bugs pounding the table to buy gold. (FYI: Since those peaks just a few years ago, Gold is down 45% and Silver is down 72%). Anyone stuck in these things has been crushed, but I digress….

My point is that after each of these metals put in their epic tops in 2011, they went on to crash into the end of the year. On December 28th and 29th, both Gold and Silver broke down to new correction lows before quickly recovering on the last trading day of the year, December 30th. That failed breakdown during this low volume, rookie trader week, was followed up by a strong rally on the first day of the following year, January 3rd. They both went on to have epic rallies throughout January and February making them, by far, the best asset class to be in during the first 2 months.

Here are the charts for Gold and Silver looking at their respective ETFs: $GLD and $SLV: 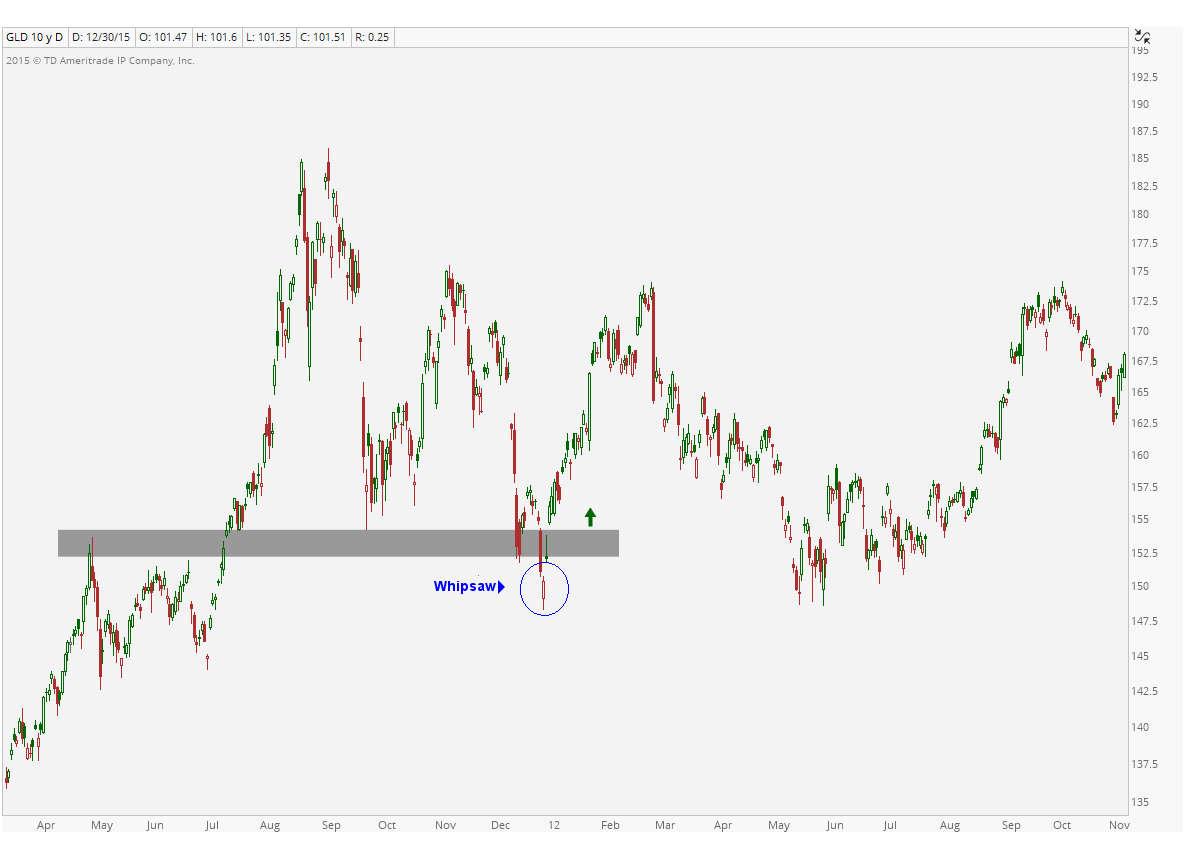 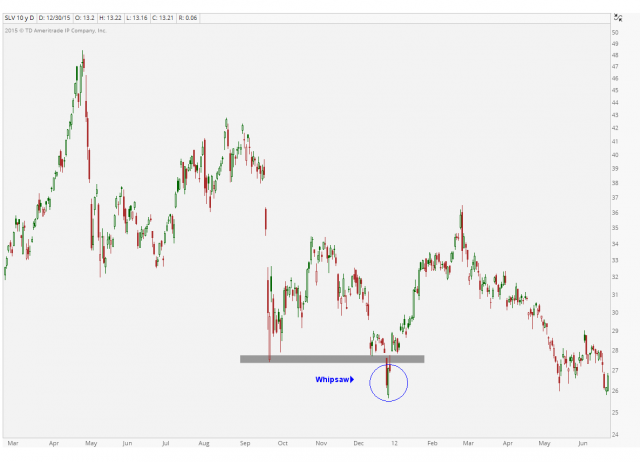 All of these whipsaws were also accompanied by bullish divergences in momentum and bearish extremes in sentiment. This helped identify and confirm them when the occurred. Most importantly, the risk vs reward opportunities at the time were very well defined and very much in favor of the bulls. Some of these ensuing trends last longer than others, but the point is that a new tactical opportunity presents itself. This is really all that matters, and what makes these trades great.

I am confident that we will see something similar this year and this is what we want to look for. I will notify all Members of All Star Charts upon any confirmation next week.