Changes in trend rarely get cleaner and as well-defined as the distribution taking place in the semiconductor space. The infamous head and shoulders topping pattern is as clear as day in this one. Today we’re looking at the Philadelphia Semiconductor Index, which is the benchmark for semiconductors. This basket of chip stocks appears to be near a completion of a massive multi-year distribution pattern.

This is a weekly chart of semi’s putting in their highs last summer to begin the right side of this topping pattern. This one fits the description of a head and shoulders top as the left shoulder was put in during the middle part of 2014, the head last summer, and more recently the right shoulder over the last few months. 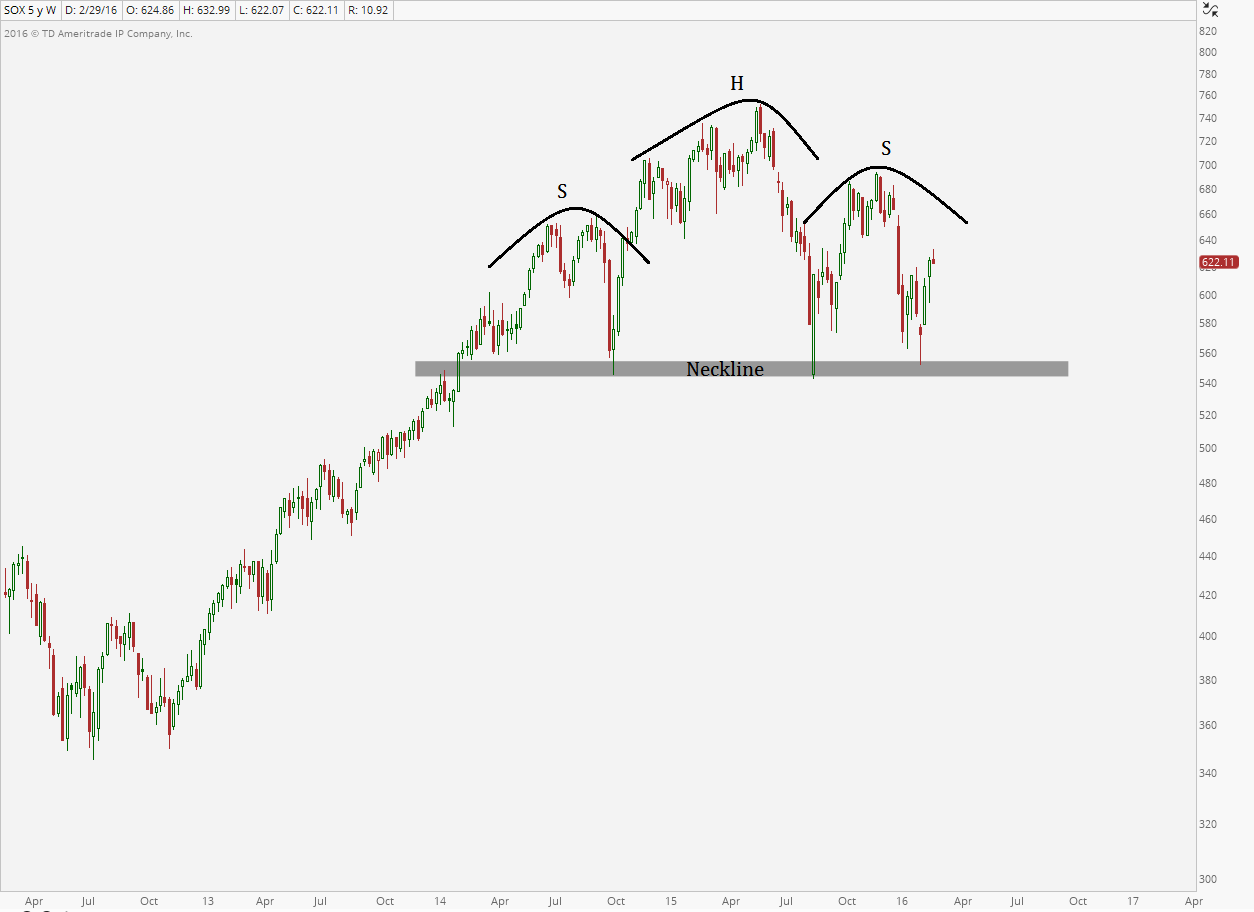 The neckline here, or what would confirm that this indeed is what it appears to be, is right around 540-550. This level represents the lows in 2014 and again last summer. We tested this support once again the last couple of weeks and a breakdown below all of that support would confirm the top and we want to initiate short positions in semiconductors upon that completion.

What is interesting is that this neckline near 540-550 represents former resistance back in 2004, 2006 and 2007 so the market certainly has a lot of memory here. This is a line chart showing that former resistance back last decade turning into some temporary support the last couple of years. We have now broken the uptrend line from the 2008 lows and currently retesting this broken trendline: 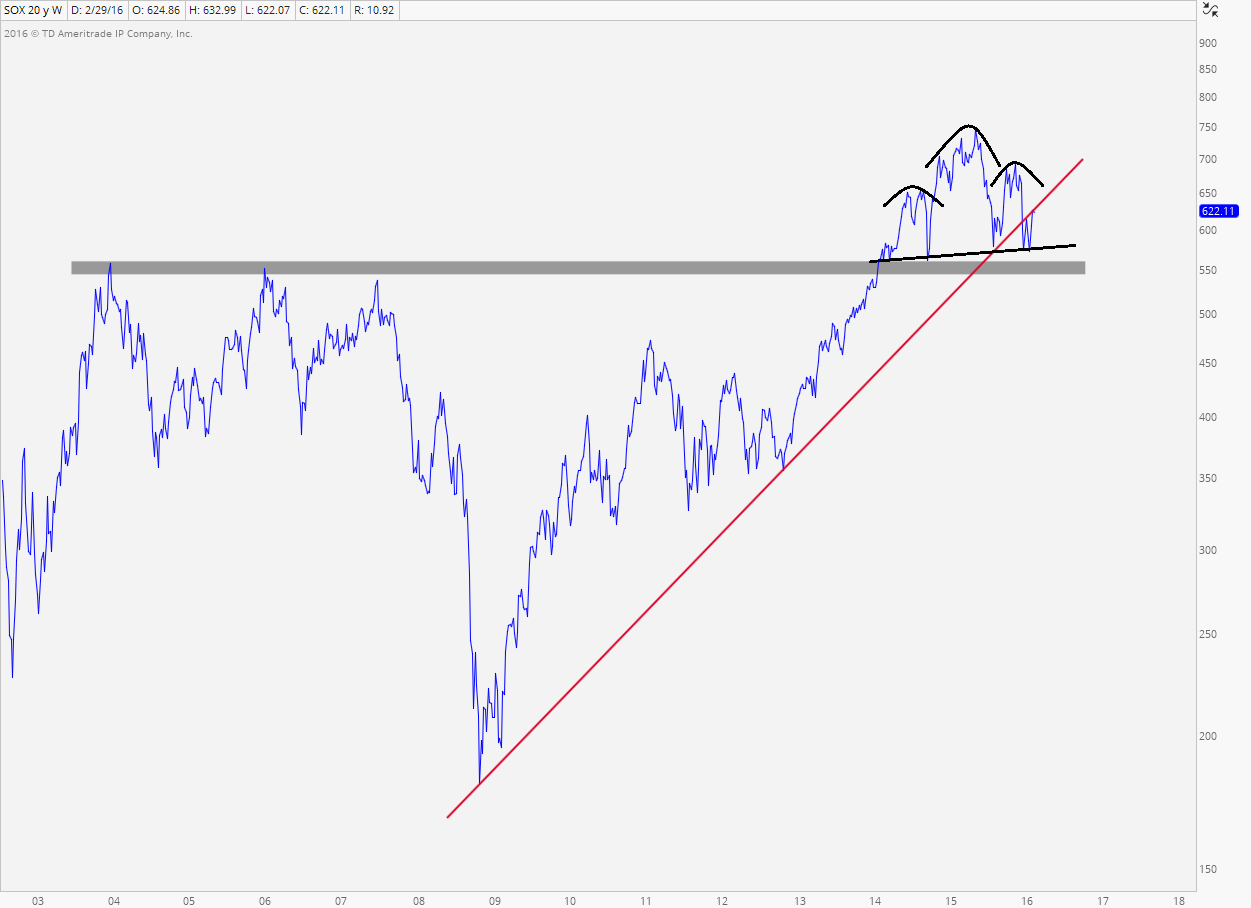 I would argue that if prices are able to recover and get above that broken trendline, then it would increase the possibility that this is not what it appears to be: a massive bearish reversal pattern. The confirmation in this doesn’t come until we break the neckline anyway, but a rally higher would be step one in the invalidation process of this massive topping price pattern.

I think the higher likelihood is that we break lower and we want to get aggressively short Semi’s. The measured move target based on the amplitude of the pattern would take us down towards the 2009 lows. It doesn’t look pretty upon completion, but we will wait until the market confirms that this is indeed what it appears to be. In the meantime we wait….

Want weekly updates on this chart?