It’s not a secret that Financials as a group have been underperforming the rest of the market for years. And sure, the S&P500 has put together a tremendous rally since 2009 without the leadership from the banks. But it is very difficult for the market to keep going higher if financials are making new lows and dragging everyone else with them. As you go chart by chart – Bank of America ($BAC), Citigroup ($C), JP Morgan ($JPM), Morgan Stanley ($MS) each one looks worse than the previous one. Take a look at the relative underperformance of Financials as a group ($XLF) when compared to the S&P500 ($SPY) over the last few years: 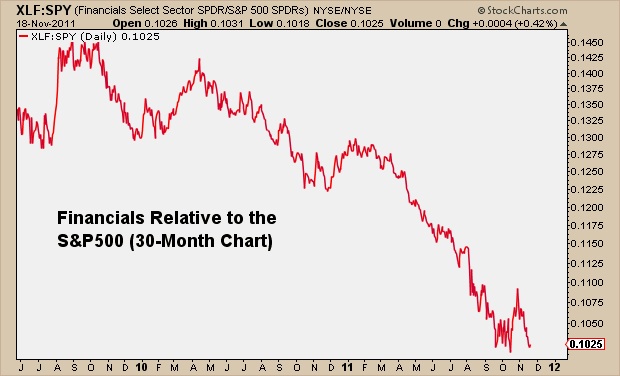 That is one ugly looking chart. But on an absolute basis, the charts don’t look any better. From the Broker Dealers Index ($IAI) to the Bank Index ($BKX) to the Financial Sector SPDR ($XLF), we see an ongoing theme: Declining 200 day Moving Averages, breakdowns from recent consolidations, RSI’s in Bearish Mode, and zero signs of a bottom: 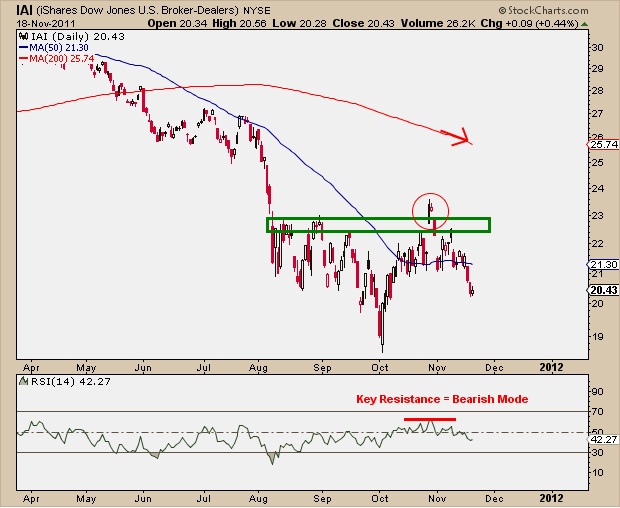 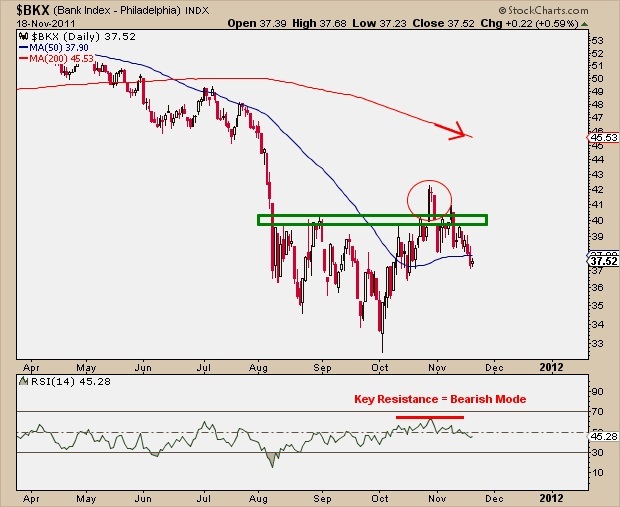 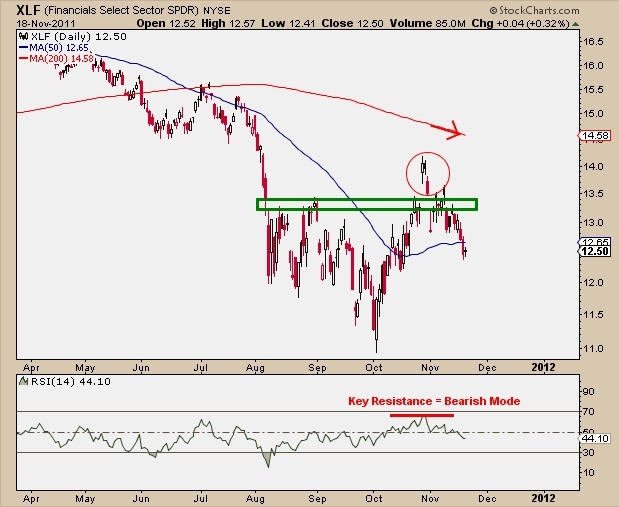 Notice how in all three of these charts, the late-October breakouts could not hold. From False Moves come Fast Moves – and that’s exactly what we’re seeing. For the S&P500 to rally, it doesn’t necessarily need Financials to lead, the market just needs the banks to stop going down. Stability more than anything else.

There is one sign of hope for the banks and that’s in the Regional space. I’ll let the fundamental community give you the answer as to why this is the case, but $KRE looks a little healthier than the rest of the sector. Although the declining 200-day moving average is still hovering overhead, the late-October breakout has managed to hold so far. Relatively speaking, this part of the space is a little better. Nicer house in a crappy neighborhood – that’s all: 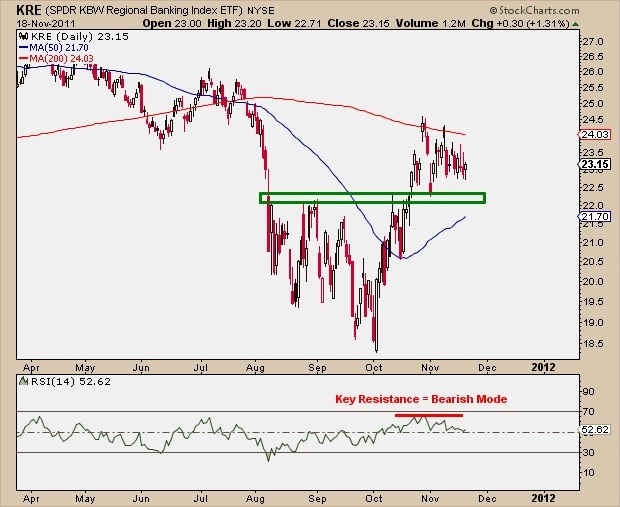 Watch for some sort of stability in financials if you expect the stock market to rally. But as long as Financials keep making new lows, they will take the rest of the market down with them. Those declining 200 day moving averages are telling us that at the very least, more time is necessary to heal this group. When putting on pairs trades, which we keep saying are great in this sort of environment, don’t be shy to use some these banks as the denominator in the trade.