It’s been happening for months.

Underneath the surface, we’re seeing rotation among sectors and the overwhelming theme, when you look through as many charts as we do, continues to be: MESSY.

There’s little or no evidence yet that this is the beginning of a larger more substantial sell-off. In fact, the data coming in continues to support that these rangebound markets are coming within the context of a longer-term bull market for stocks.

The, “This is Year 2 of a Bull Market” theme appears to still be playing out.

The world of stocks is not the S&P500 or Dow Jones Industrial Average. Look beyond that and what will you find?

A lot of messy, rangebound stocks, sectors and industry groups.

Meanwhile, Yen, Gold and Treasury Bonds stopped going down. Have you noticed? This is a flight to safety, as opposed to the flight away from safety that we had seen over the prior year.

Is this the first higher low in relative strength for Consumer Staples? If it is, then that’s consistent with this market being MESSY FOR LONGER. 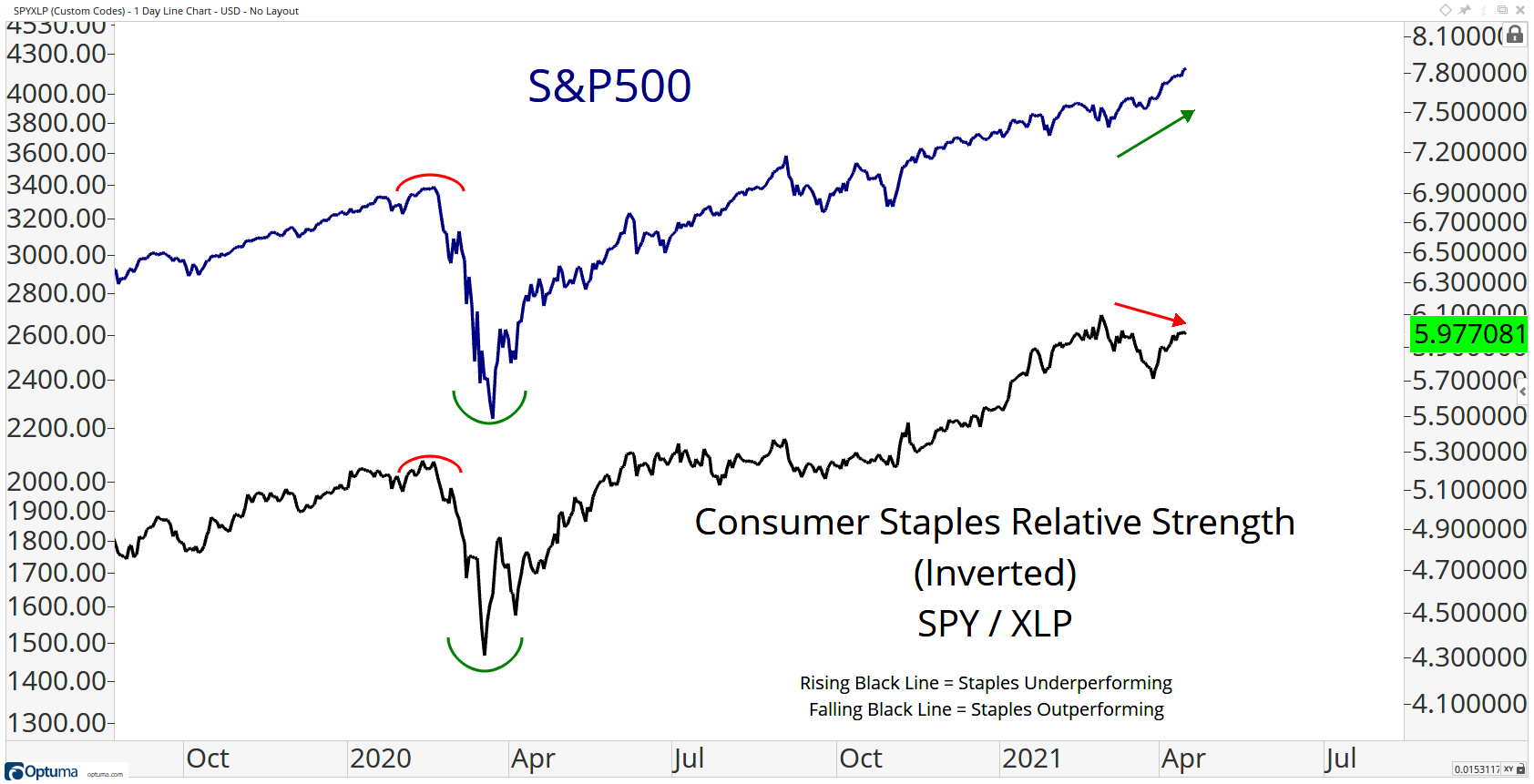 Staples outperforming is NOT consistent with higher prices for the broader U.S. Stock Market.

Another divergence worth pointing out is in High Beta. Notice the lower highs relative to Low Volatility stocks with new highs in the S&P500.

This had been a beta chase over the past year. This is now something different. Again, not likely something we should be seeing if stocks are heading higher: 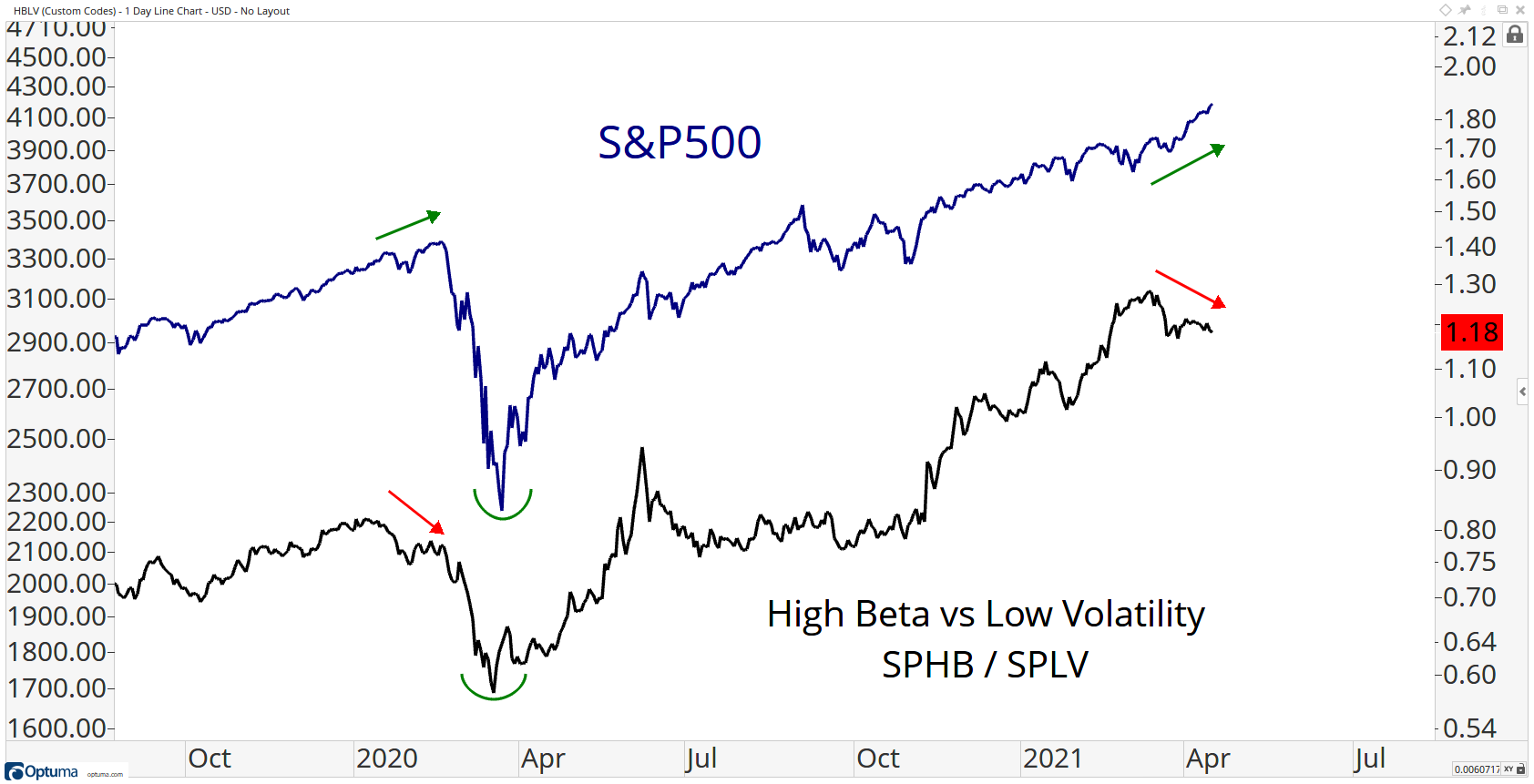 Meanwhile, all of these defensive assets below stopped going down.

These were the ones that got crushed over the past year, especially relative to anything else. But they haven’t been going down any more.

Someone is buying these things. And that is much different that how it was before: 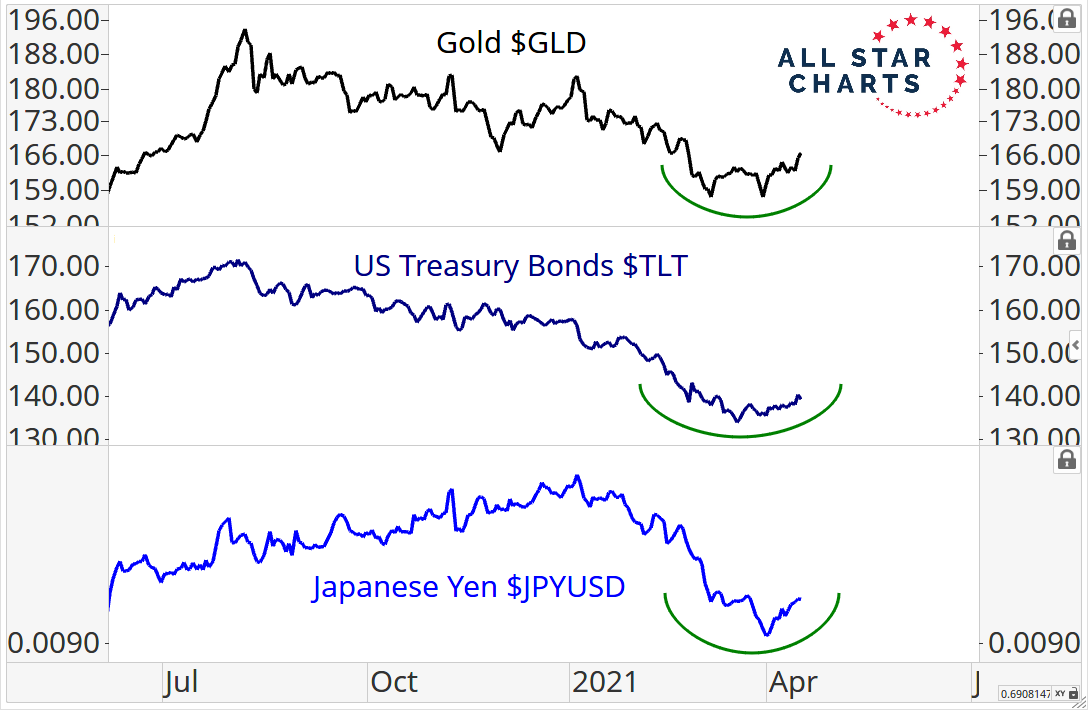 If these defensive assets are catching a bid. If High Beta can’t keep up. If Staples are outperforming. These are all things I would expect to see in an environment where stocks are under pressure.

Now, what would we need to see as evidence that things are in fact going to get much worse for US Stock Investors?

But we haven’t seen that yet.

The weight of the evidence continues to suggest that this is a mess within a longer-term bull market.

But the new evidence coming in points to: MESSY FOR LONGER, rather than the mess mostly being behind us.

Check out the full RPP Report to get the lowdown on where we’re at in this market.