The first thing we want to do when analyzing any asset, crypto or otherwise, is identify the direction of the primary trend. In the case of Bitcoin, the trend for the lifetime of this asset is clearly: Up.

The next step in this pattern is Breakout right? 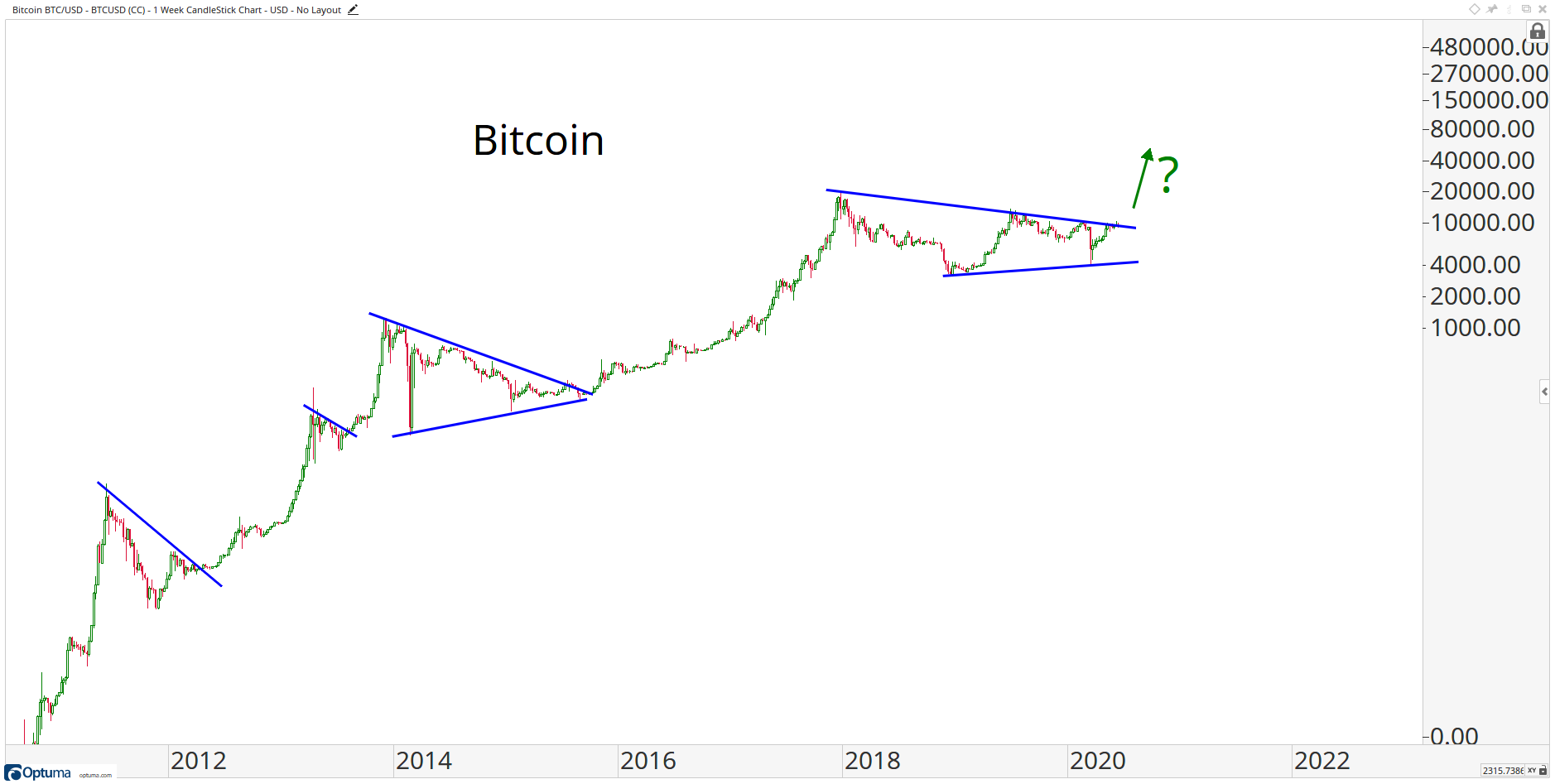 Now, just because something is in an uptrend over the longer-term doesn’t mean that it needs to be in an uptrend, or have any directional bias, over the near term.

In October of 2019, I put out a note that Bitcoin was NOT in an uptrend. That was because this Consolidation that should have resolved in the direction of the underlying trend, did not! The Sellers therefore claimed control at $10,000.

Here is the chart we were looking at back then to keep us away from Bitcoin: 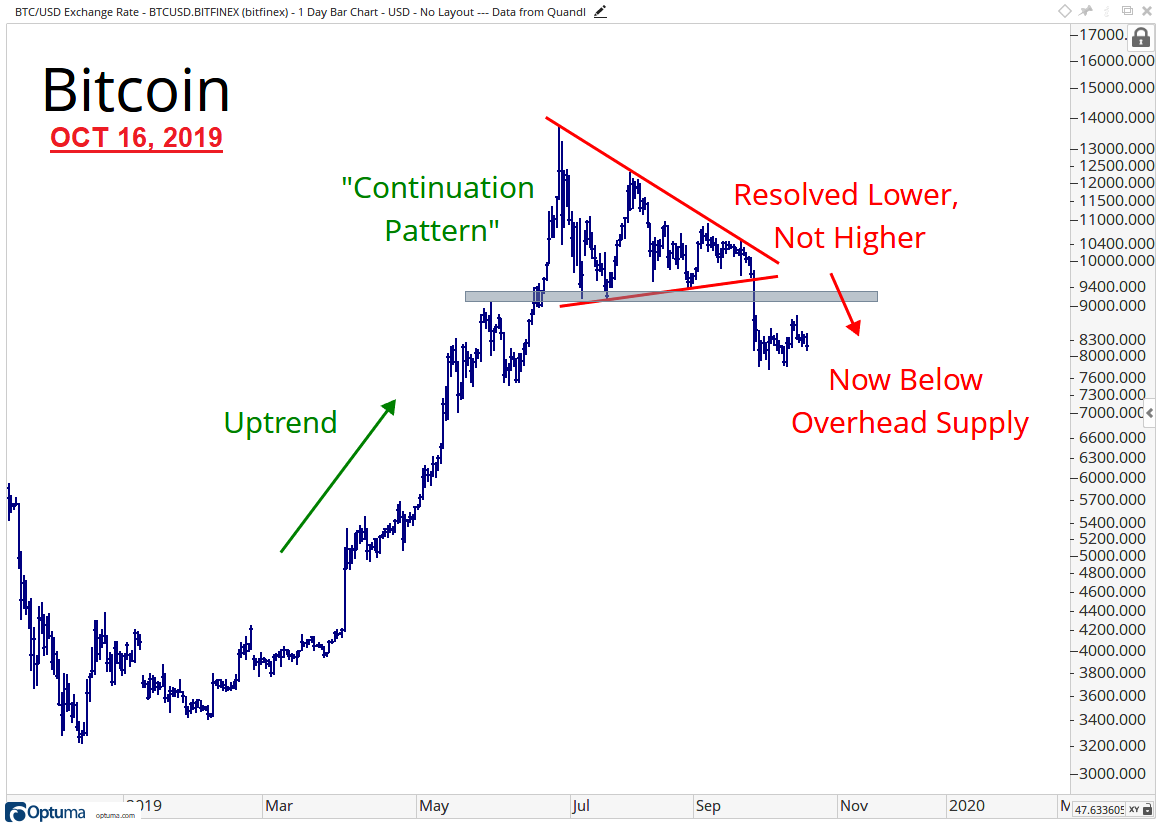 Fast forward 8 months later, and here is Bitcoin, still stuck below overhead supply. Remember, this is a war, and the consolidation shown above was a battle within that war. The bears won that battle and the bulls have been fighting to take it back ever since.

Look at how much trouble this $10,000 level has been since the bulls lost that battle at the end of September last year: 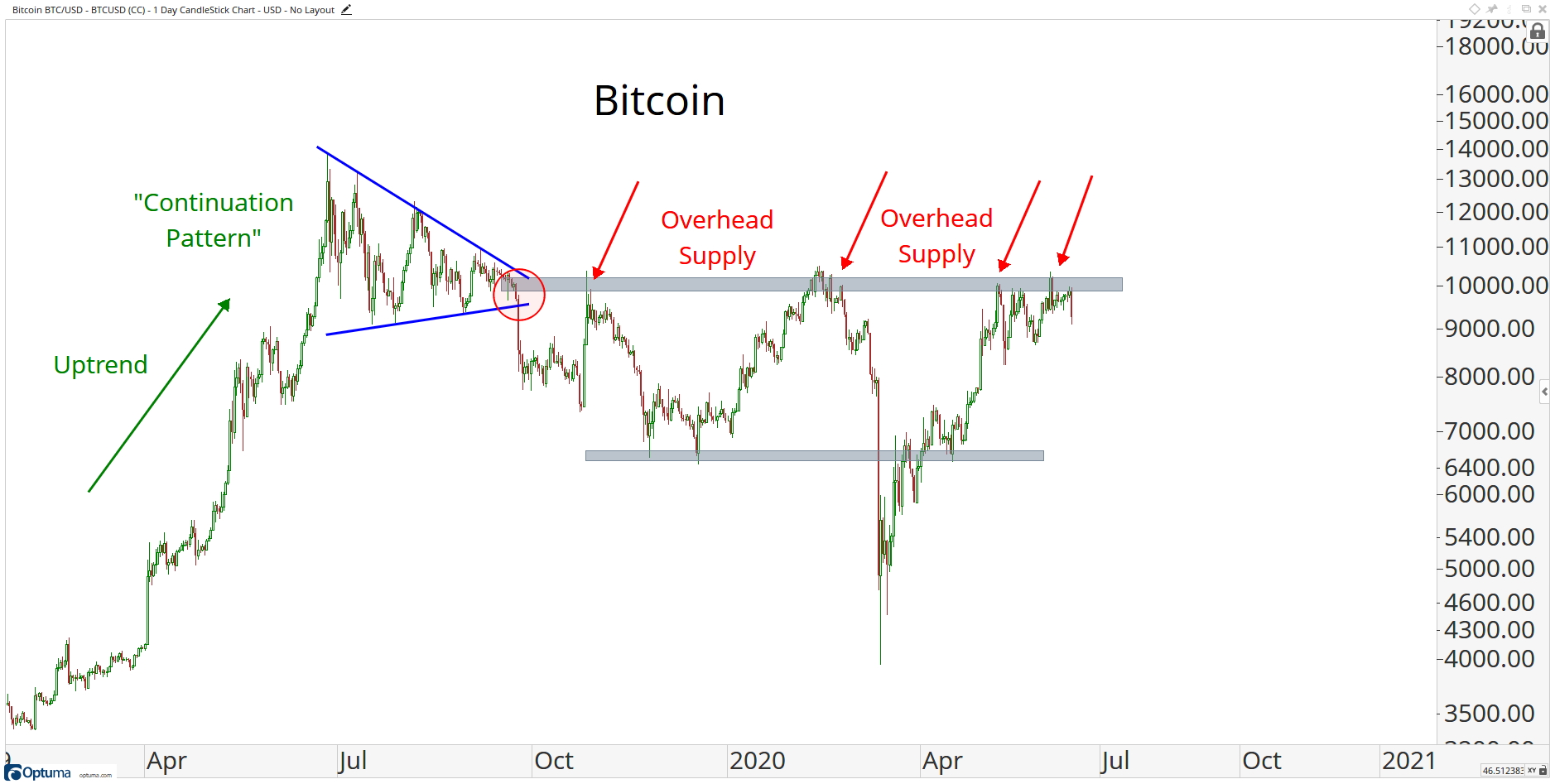 I think until Bitcoin can prove that it has absorbed all of this overhead supply, there continues to be no reason to mess with it. Why be in a rush?

Wouldn’t you rather pay more, knowing that we’re above support, rather than below supply?

In the meantime, here is our Stock Trade Of The Week (Premium). These always offer favorable risk vs reward opportunities in the equities market. This one really stands out!