Two things we’ve been pointing to this week are the potential failed breakouts in Small-caps and Micro-cap stocks, which would confirm a series of bearish momentum divergences. And also the relative strength out of Consumer Staples throughout March, which is something we haven’t seen in a long long time….

Remember, Consumer Staples outperforming is consistent with a market environment where stocks are under pressure. 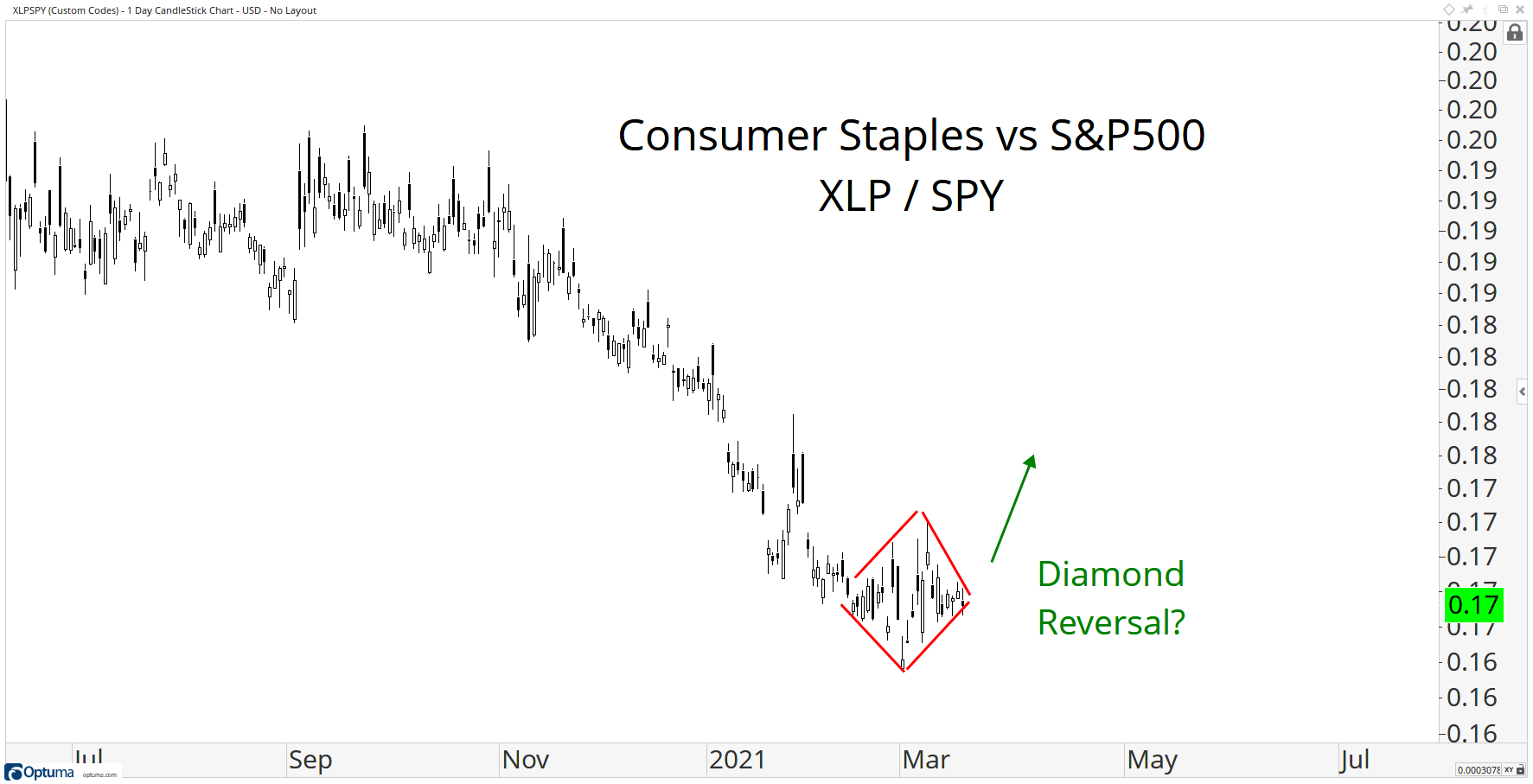 I’m not Mr. Name That Pattern guy. Not at all, in fact.

BUT, this is what they call that, if this is in fact the reversal that it certainly has the potential to become.

Whether you want to name this pattern or not isn’t really the point. What’s important here is recognizing the implications of a breakout in Staples Relative.

Again, that would be consistent with falling stock prices, not rising ones.

This was the one getting passed around the desks today. I got sent some variation of this chart 3 times, by some really smart folks, by the way. 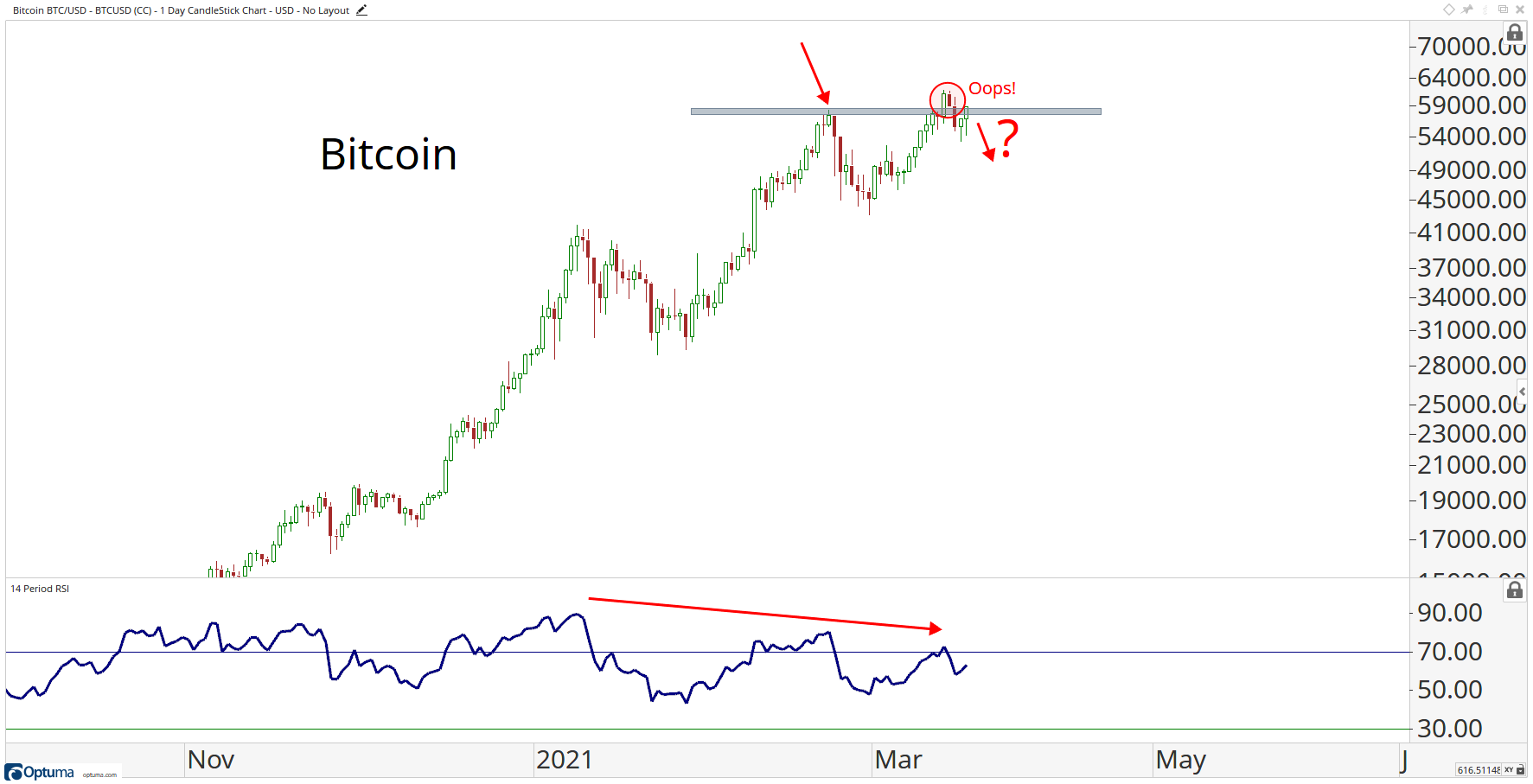 That’s how I learned it.

One note from a smart friend who we’ll call “Sally” said to me today,

“Beware of the stretched position domino effect. First Tech stock correct, then Oil, then….? Not saying huge risk off, but ‘corrections’ rotate through places.”

I thought that was a valid point. We’ve seen that before.

All of that is evidence of risk appetite.

What if that changes?

By the way, our bond shorts are working. If they stop working, that would be further evidence of a change in trend.

This is not a ‘set it and forget it’ market. This isn’t some cheesy rotisserie chicken infomercial.

It’s up to us to continue to weigh the evidence as it comes in and act accordingly.

Anything else would be irresponsible.