One thing we want to watch out for is this recent relative strength in Consumer Staples. I don’t think it’s necessarily time to sound the alarm just yet, but continued relative strength out of this group is not consistent with higher stock prices.

Now, a couple of weeks doesn’t make a trend. But it is curious to see this one not confirming the new lows that the rest of them are putting in: 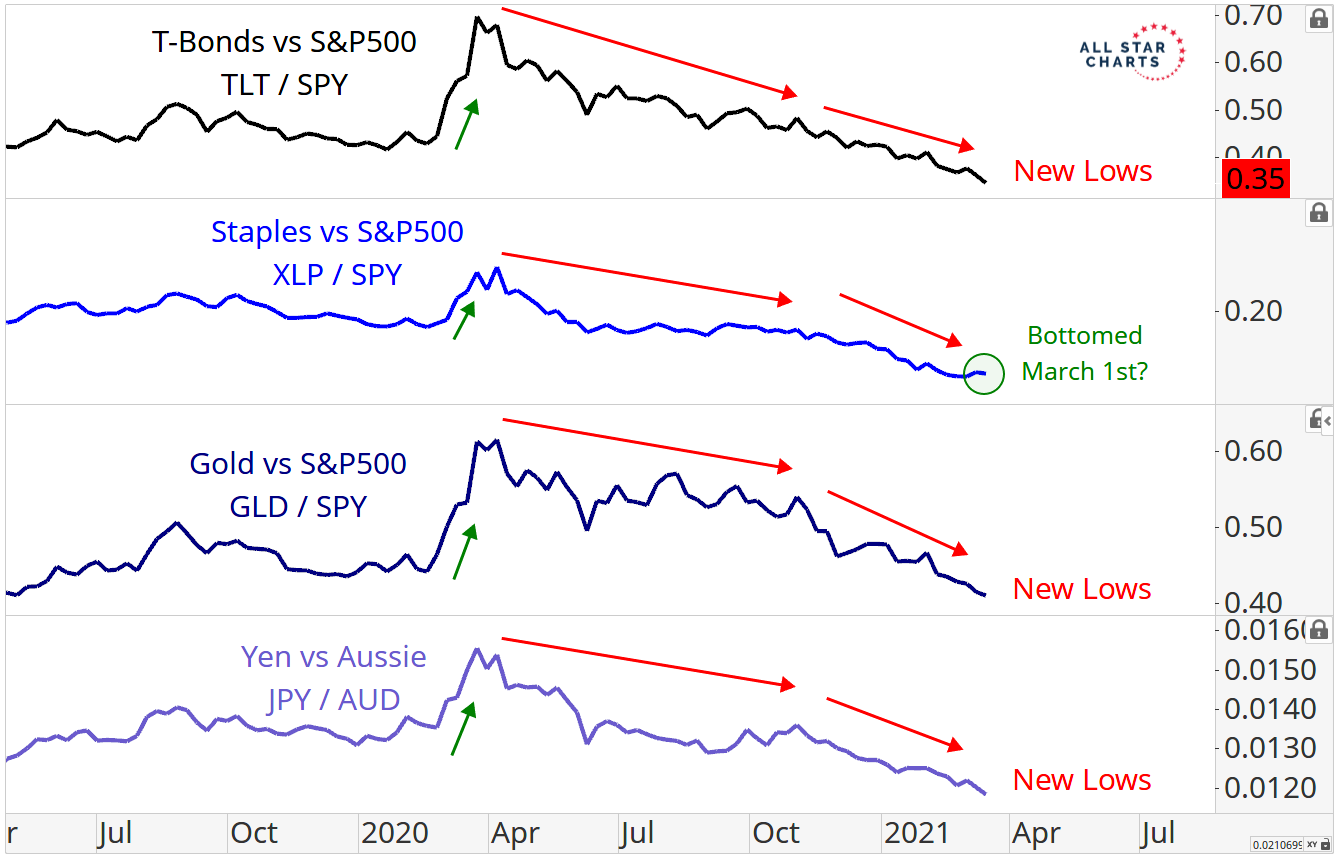 These are lines that would typically be going up, if stocks were under pressure.

So will Staples roll over again relative to stocks, confirming what the other defensives are doing? Or is this the first sign of a new upcoming environment where it will pay better to be selling stocks, rather than buying them?

I think this will be a big tell.

Meanwhile, if we’ve learned anything about bear markets and severe stock market selloffs, it’s that you’ll find a ton of whipsaws right before and/or right at the peak.

We have two important leaders flirting with just that: Russell Small-caps and Russell Micro-caps: 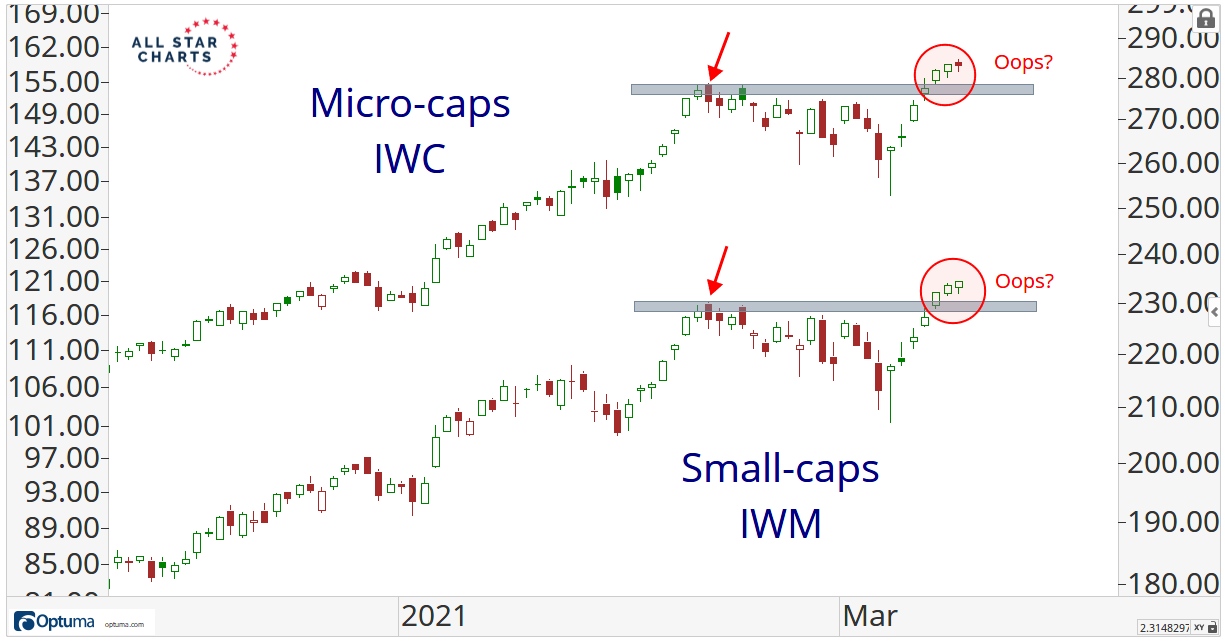 If you look at Momentum in these indexes, you’ll find potentially bearish divergences on both of these on daily timeframes.

Again, this is just a “potential” divergence. These are just “potential” whipsaws. The February 9th Closing highs are the ones we’re watching.

But I do know that it’s likely not very good for the bulls if Staples are outperforming, and if these breakouts in Small & Micro-caps end up being fakeouts.

So if you’re asking me, JC what’s got your attention? What’s it going to take to start approaching this market from a much more defensive position?

I think these 2 are a good start.

We discussed all of this and much more on last night’s call.