This was the worst start to the Bond Market since 1842.

So what do you think gold is doing in that environment?

Down near new 52-week lows… 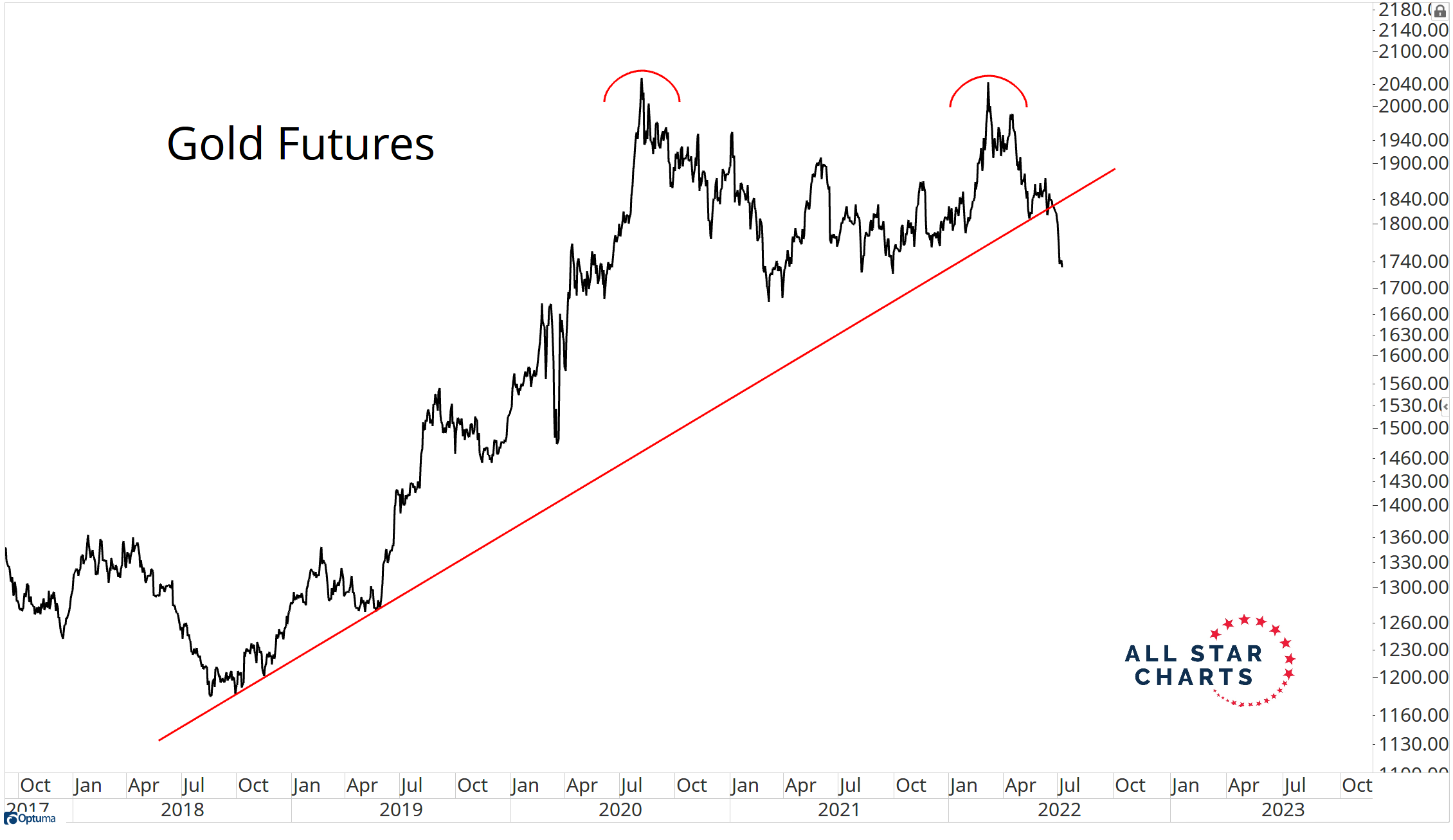 It’s not an inflation hedge. It’s not a safe haven. It’s just a rock.

And there is nothing wrong with rocks.

If I can sell rocks at higher prices than where I buy them, then I’m all for it.

But that’s just not the trend here, obviously.

It’s been sideways to down for almost 2 years now.

But when you zoom out, Gold isn’t even above its prior cycle highs. It’s well below it actually: 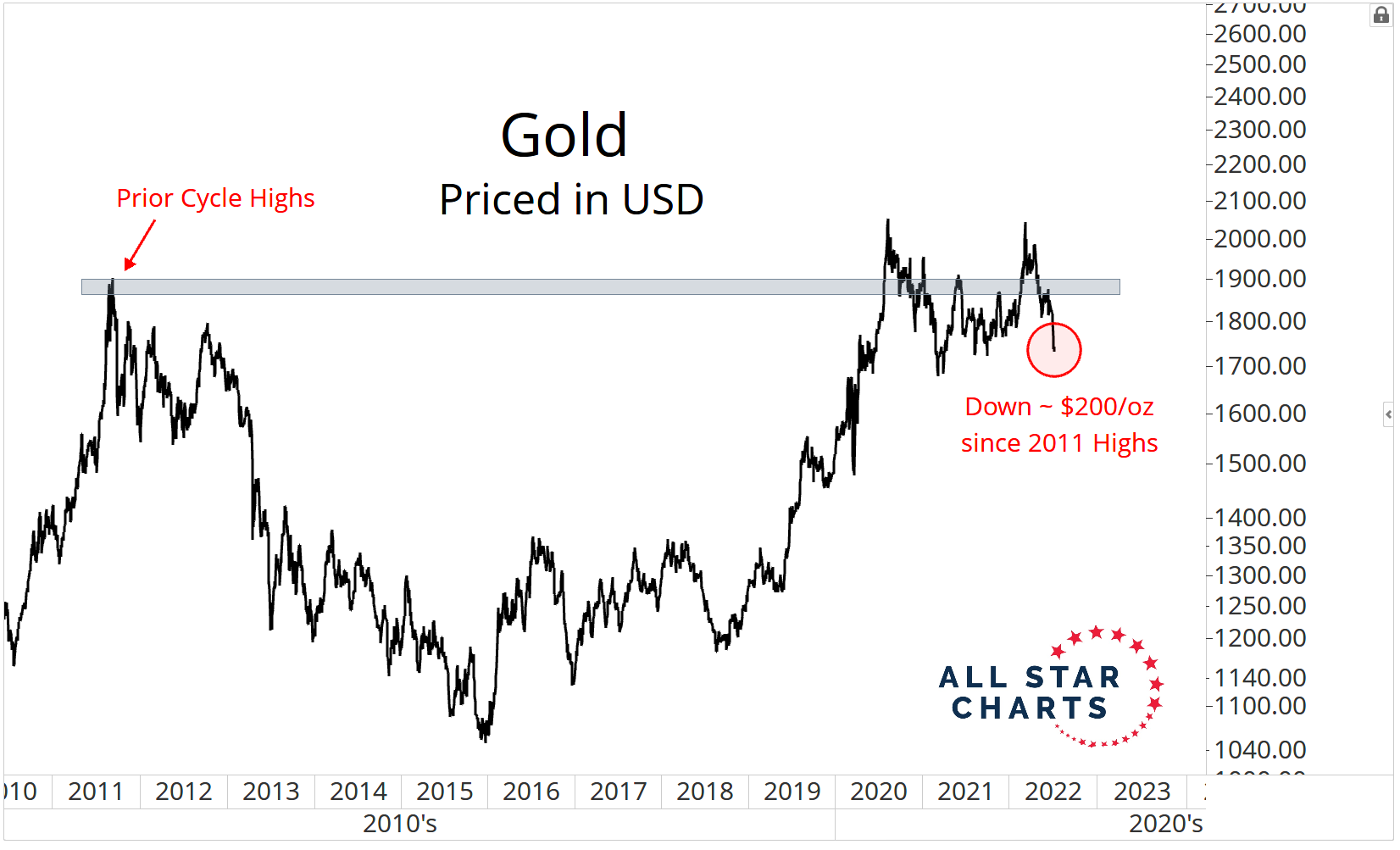 The strength of the US Dollar has put a ton of pressure on Gold over the past decade.

Look how much better Gold has done when priced in other important currencies around the world: 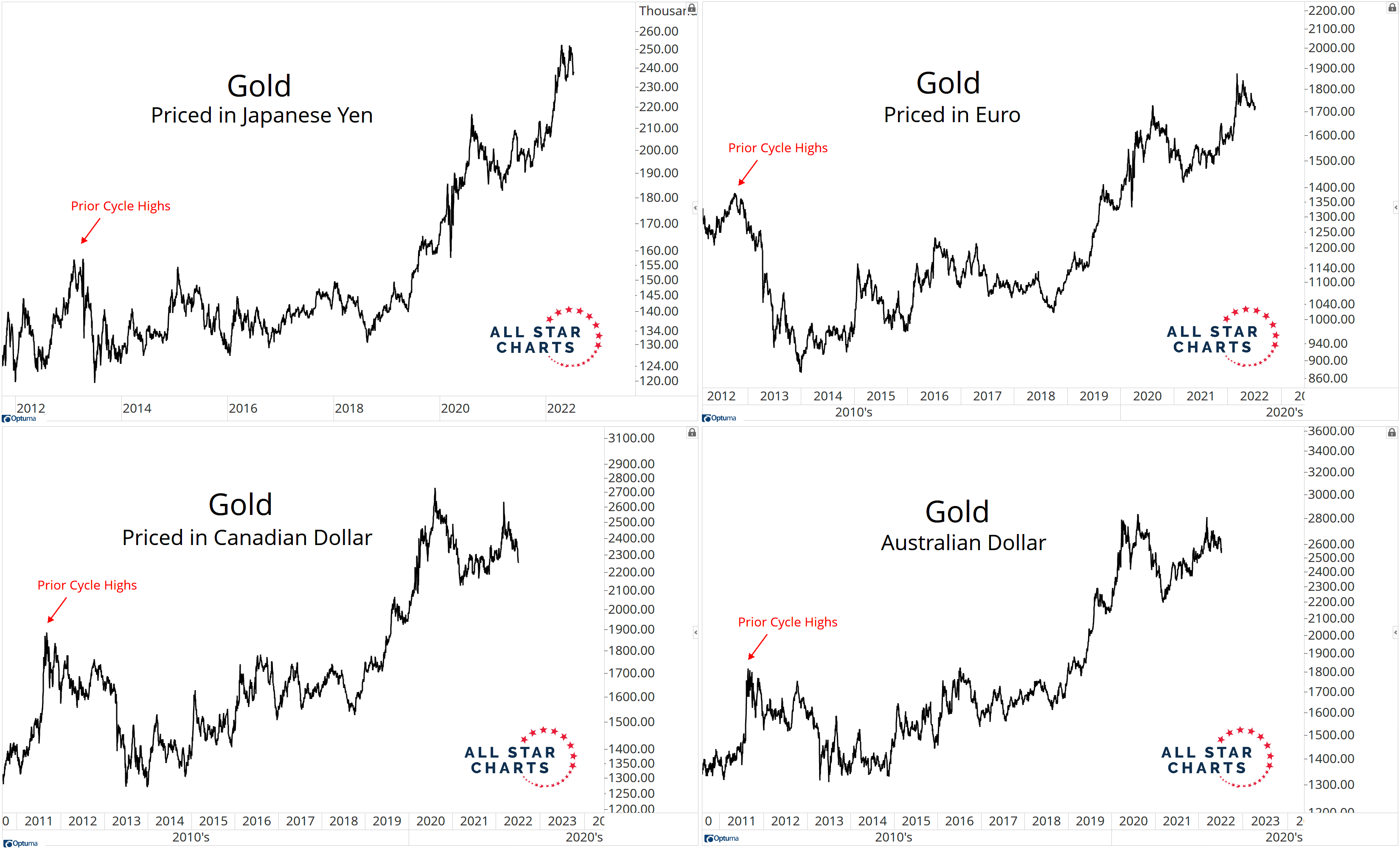 If you’ve owned Gold priced in other forex, you’ve been able to do ok.

But if you own ETFs or Futures here in the United States, then you’ve had a really hard time.

Gold is one of those things that I feel better treating it as a currency and less of a commodity.

You can argue fundamentally, and in business, that it is probably a commodity. And that’s fine.

Strictly from a market analysis perspective, I’ve found that viewing it through the lens of a currency investor is the best way to approach Gold prices.

If you’re interested in receiving weekly updated Gold Charts and Price Targets you can sign up here to become a Premium Member.