How many people do you know that have this trade on right now. I tell people I like this pair trade and they look at me like I have six heads. We love that.

First of all, let me start out by saying how weird it feels to be short treasury bonds. I’ve loved these guys for so long that it’s crazy (see Dec 16 2013, Jan 6 2014  & March 24 2014). But hey, when the data changes you have to change your stance right? I preach constantly how important it is to keep an open, so I guess I’m taking my own advice. Here’s what I see. I think it’s simple: Our upside target in Bonds was $TLT back up to $132 which were the 2012 highs. This was a logical target for me. We finally hit that in January and I backed off the bonds trade. I didn’t get short, but it was no longer for me. We kept rallying a bit after that for a couple of weeks and then it came crashing down. 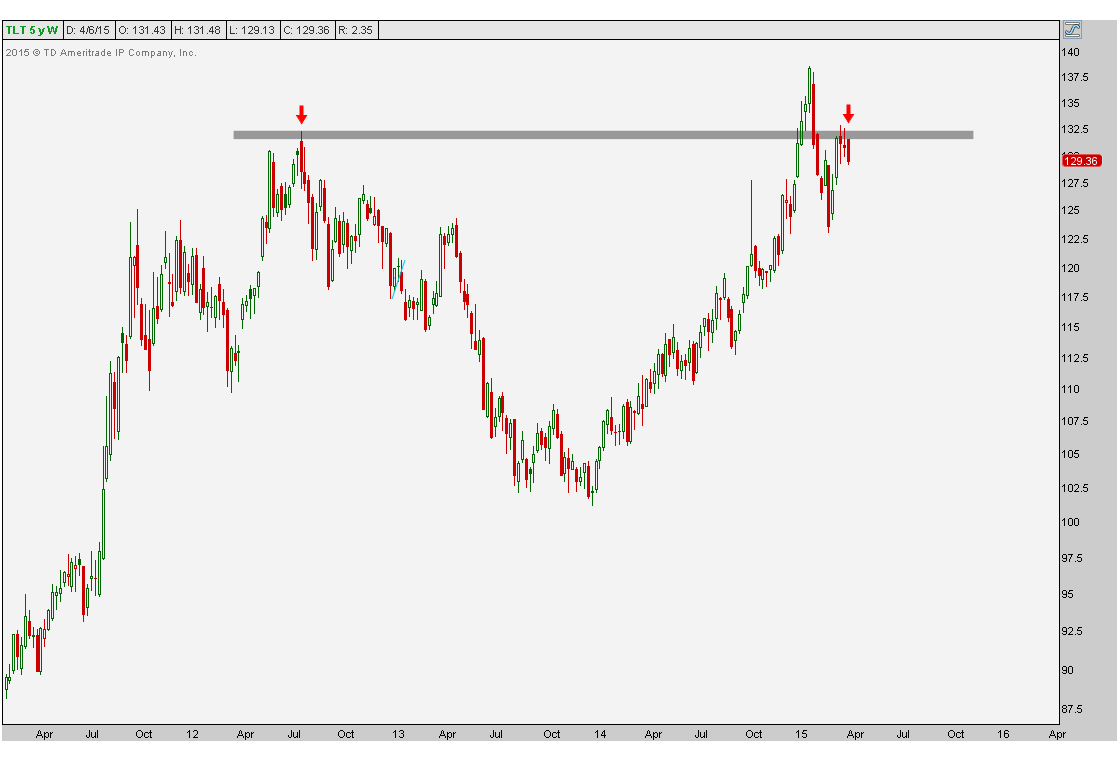 After a nice little bounce last month, bonds rallied back up to that original $132 target. That’s the brick wall I see. If prices remain below that, I think this is an easy short. Meanwhile, look at interest rates. This is the 10-year yield falling back down but holding on to the October lows. This is the big level for me. If rates remain above that 1.87% area I think they mean revert back towards 2.2%: 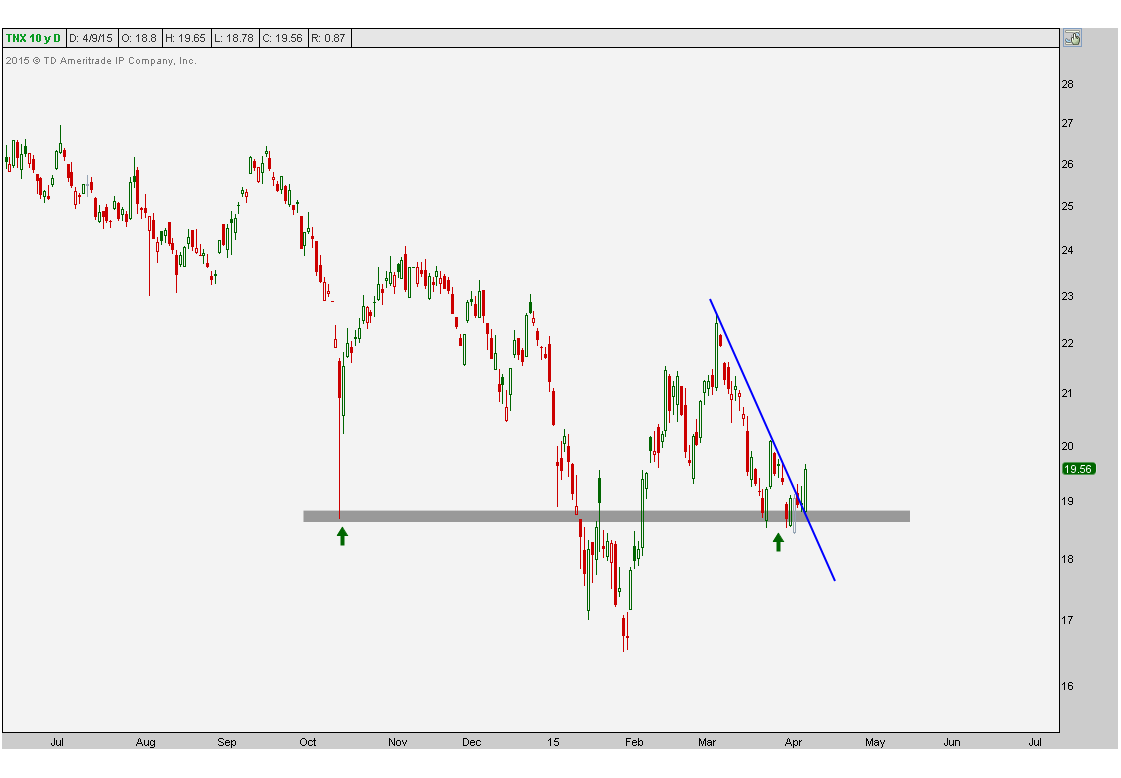 As far as Crude Oil goes, it has been well publicized that I’ve liked it since they originally broke out last month (see Here and Here). Nothing has changed since then and everything we hoped for as far as confirmation was concerned, we’ve seen happen very nicely. So no reason to go over it again.

Finally, here is the chart of the pair itself. I think there is a ton of upside mean reversion here. It just makes sense. Look at the bullish momentum divergences and brief failed breakdown on the pair below the late February lows: 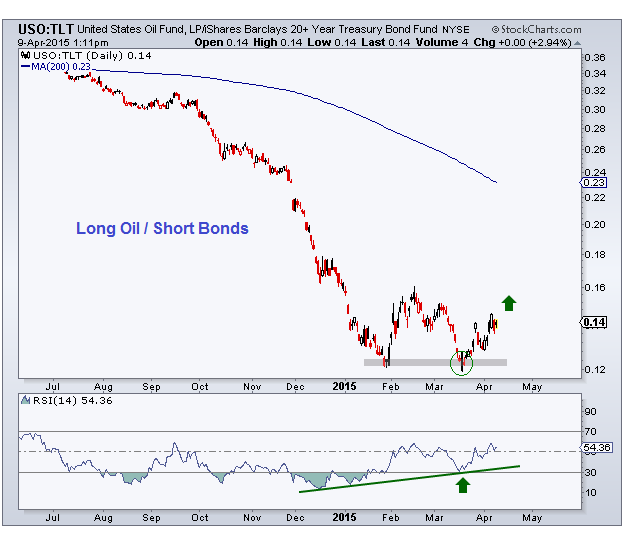 How many people do you know think that bonds get crushed and Oil rips? I don’t know many….