We’ve all heard about “Dr. Copper’s” ability to gauge global economic growth. What is not discussed as much is that Copper is very highly correlated with Emerging Market stocks, not so much developed markets. With Copper right now setting up for a potentially outsized move, the implications of its direction will likely impact stocks throughout the emerging markets space.

Copper was in a downtrend from 2011 to early 2016. Since then, we can argue that we’ve either entered a new uptrend, or that this was just a counter-trend rally within that ongoing downtrend, and prices are set to fall again. Let’s take a look: 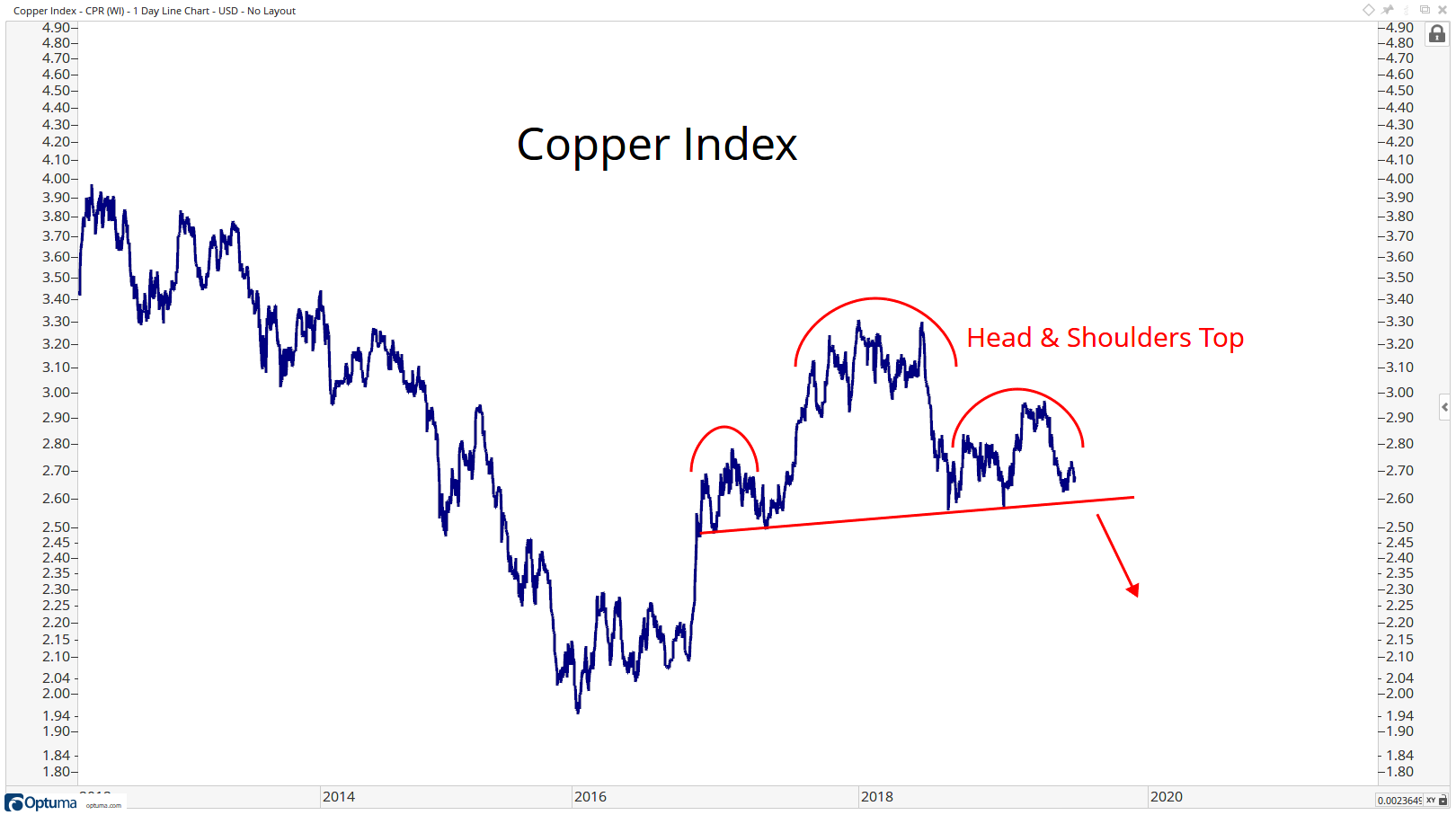 The other way to look at it is like this. Maybe this is just a sideways range before the next leg higher. Often times, within ongoing uptrends, we “see” patterns that may appear like head & shoulders tops, but really they’re just a series of higher highs and higher lows. I’ve found those with a bearish bias often refer to standard higher highs as the “head” of head & shoulders tops. We see what we want to see: 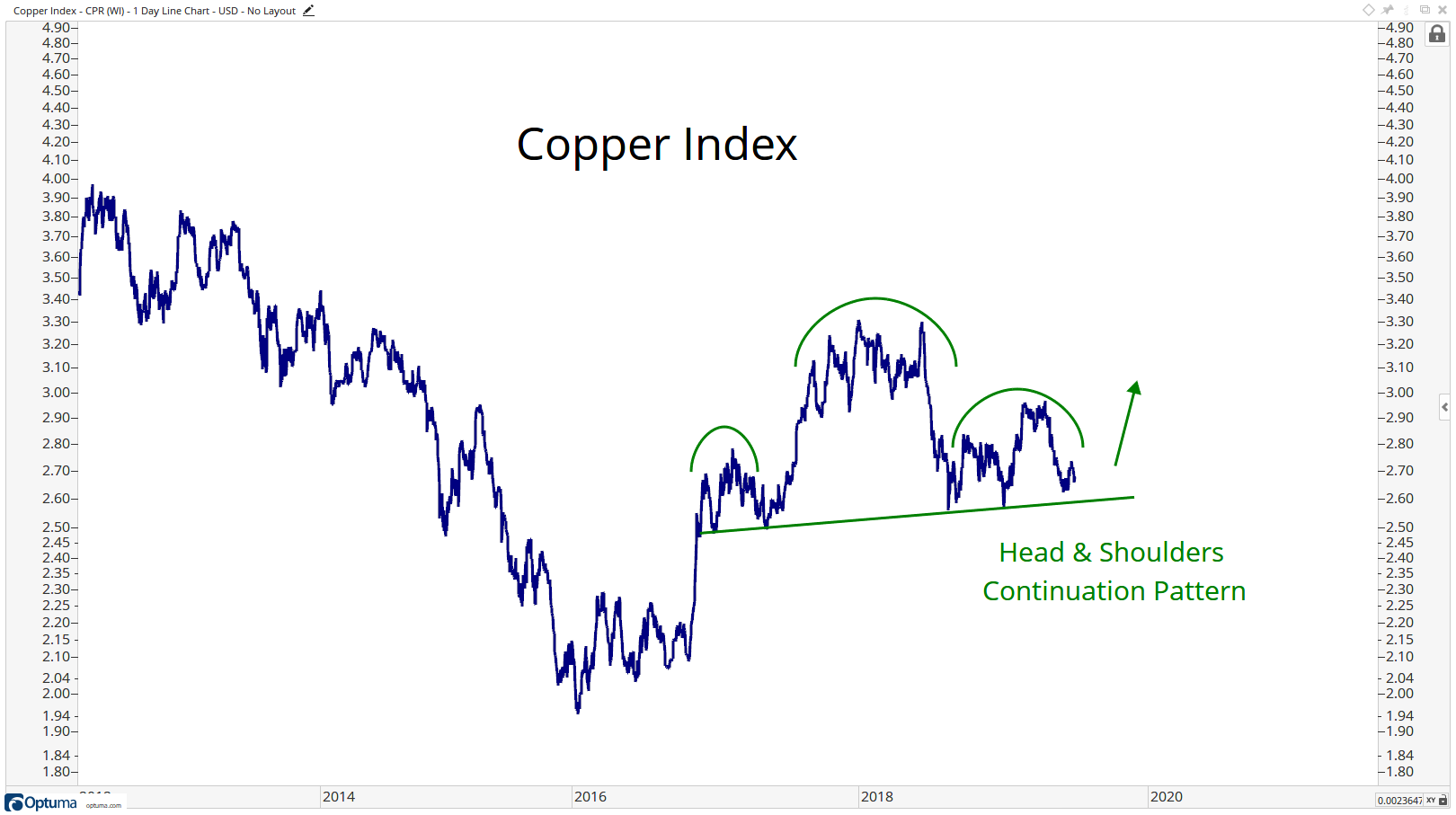 This latter scenario reminds me of the S&P500 in 2010. This is when I was still so basic that I would actually have cable television on throughout the day. I vividly recall an anchor on “business television” confirming that the Head & Shoulders top in the S&P500 had been completed. In her scenario, U.S. Stocks were set to fall. They did nothing but go up since then. She saw what she wanted to see. We could be in a similar scenario here.

Some argue that the book says a “Head & Shoulders Continuation Pattern” needs to be an inverse H&S. In other words, this picture above, but upside down. In my experience, the ensuing moves are much more violent when they are set up like this, right side up. That’s how I see it.

So again, why should we care about Copper at all? I think this chart really tells that story. Emerging Markets and Copper prices look exactly the same: 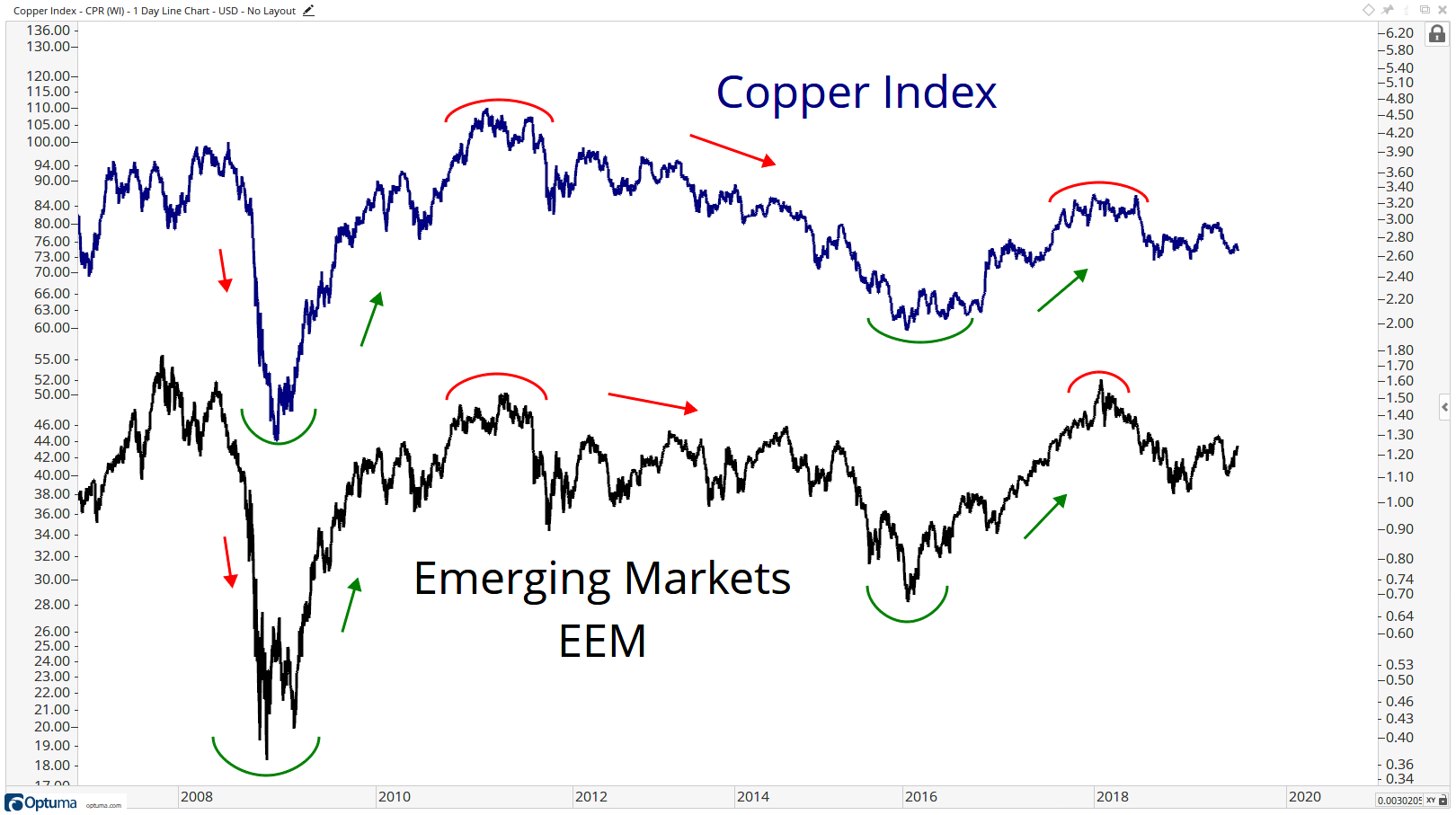 I don’t know what is going to happen next. I definitely don’t have the answers, but after years of experience I’ve gotten better at asking the right questions. The resolution here for copper should tell us a lot about risk appetite for equities, particularly in EM, for the second half of 2019.

Which way do you think this resolves?

Also Check out: Fibonacci And The Dow