While we couldn’t be happier that U.S. stocks got destroyed this quarter, let’s not forget about all of the other markets out there. US Treasury Bonds have had a very nice rally during this stock market correction, which is another move we’re ecstatic about. And Gold and Silver have started to make moves to the upside as well, which is something we haven’t seen in what feels like forever.

But today, it’s the US Dollar that I think stands out and the recent move lower could just be the beginning.

First, let’s look at a chart of the US Dollar Index going back to the late 2016 highs. If you recall, this is when the geniuses over at The Economist published their magazine cover with George Washington on it, adding a body builder’s body and crowning it the, “Mighty Dollar”. A week later the destruction of the US Dollar began and it fell precipitously over the next 15 months. We love group-thinking economists and their consensus views. We especially enjoy taking the other side of them: 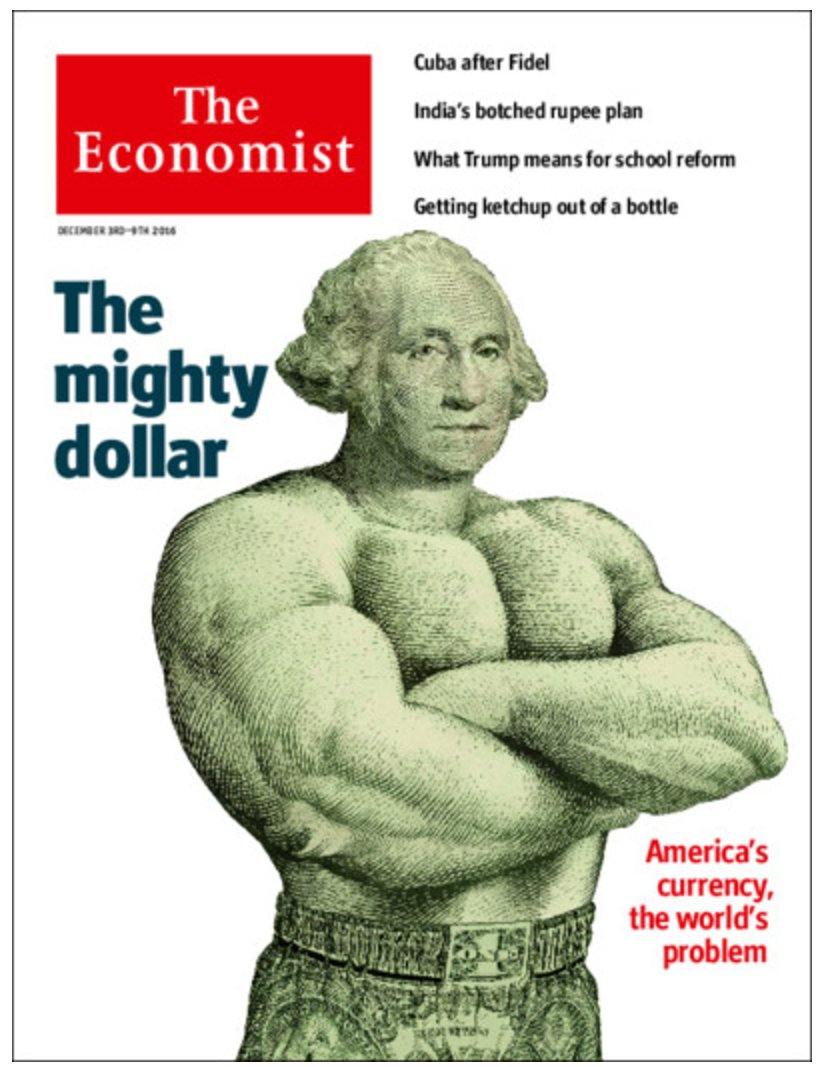 After bottoming out earlier this year, we’ve had a nice retracement of that Dollar collapse. In fact, the US Dollar Index has retraced exactly 61.8% of that entire decline, a logical level for a change in trend: 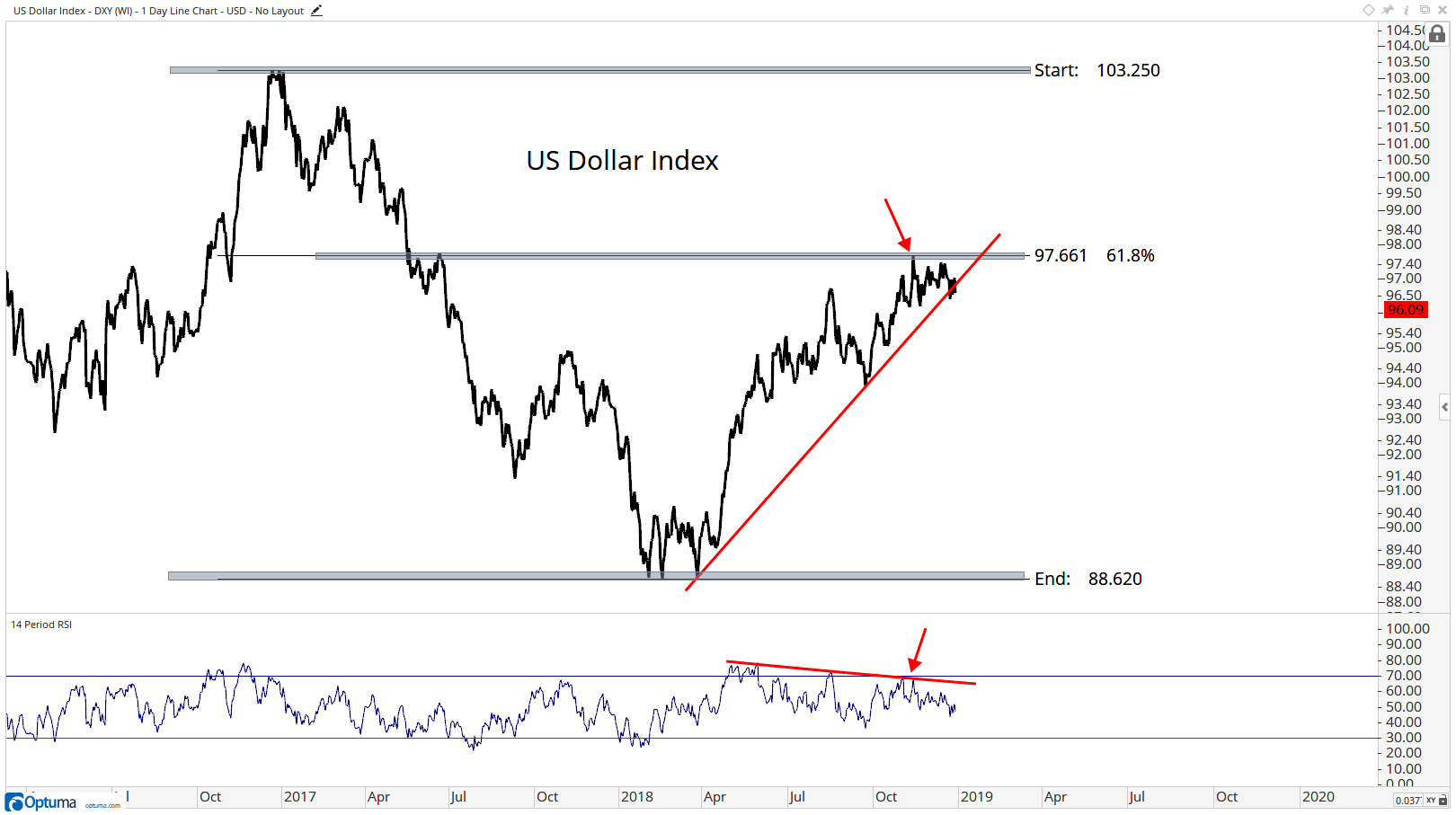 We are now flirting with breaking the uptrend line from the 2018 lows which, in my opinion, would signal further weakness. How low can it go?

For me, it’s less about how low the Dollar can go and more about the implications of said Dollar weakness. Which assets will benefit?

We will be going over all of these in our Q1 2019 Playbook (Premium) this week which will be out shortly. But here is an inside look at one of the assets that seems to already be benefiting from this change in trend: 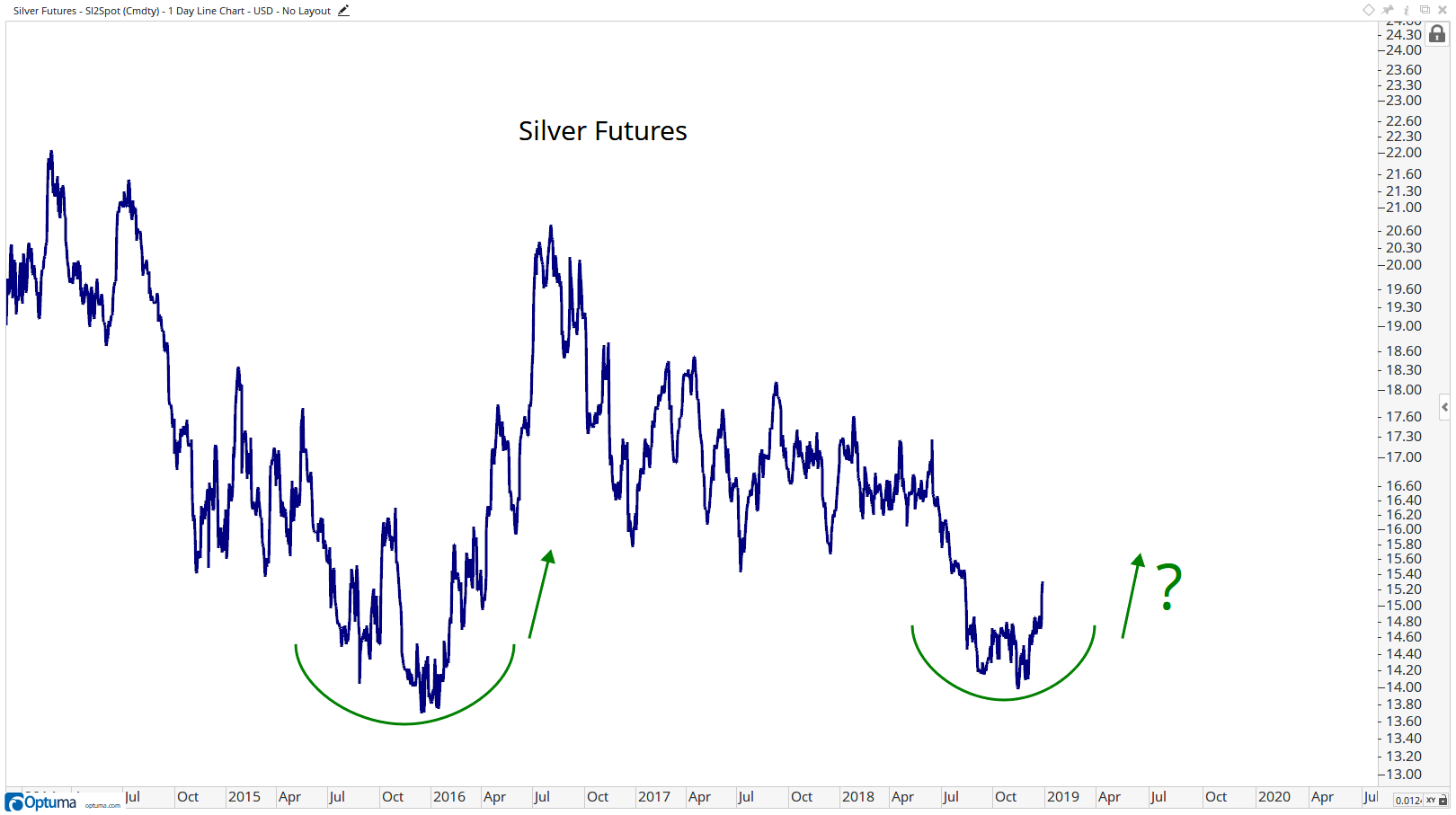 Is this a new regime for precious metals?

I’ll be back with more shortly….