If there is any group out there that is feeling the frustration, it’s the gold bug community. Gold is at the same price today that it was a year ago, 5 years ago and 8 years ago. During that time frame, the S&P500 has more than doubled. The Dow Jones Industrial Average is up more that 14,000 points, again more than doubling during this period.

Even U.S. Treasury Bonds made money as interest rates collapsed. The bond ETF $TLT was up over 60% before retracing some of that over the past couple of years. But still, up substantially and clearly outperforming precious metals.

You could have literally been in anything other than these commodities and made money. But from epic frustration comes secular periods for profit. I think this is what we have here: 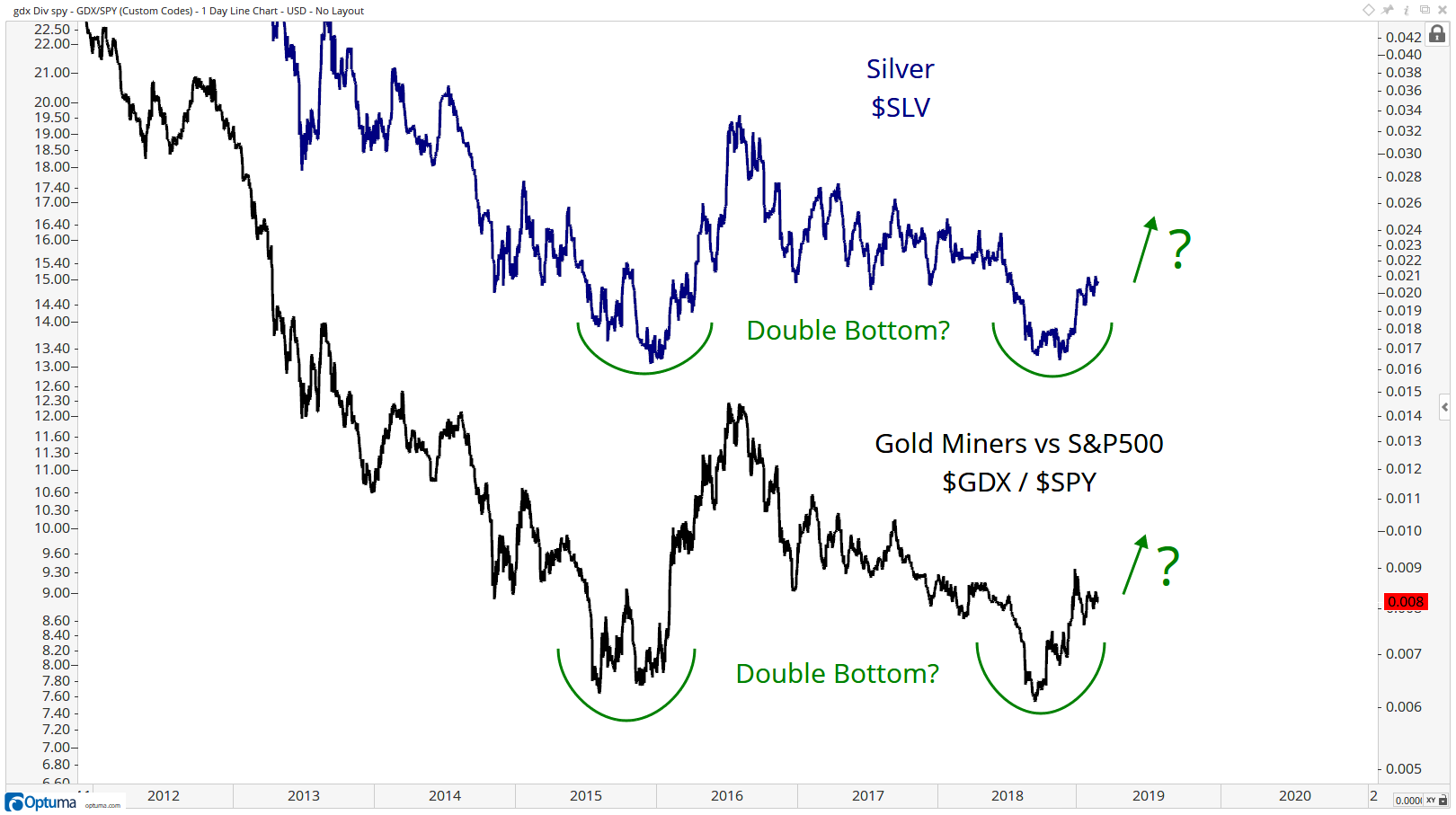 I think it’s interesting that they’re happening simultaneously. These charts look the same to me. We’ve been bullish precious metals since early October and even throughout January. I recognize that this is not a new trend, but I do think it’s important to note that we’ve gone from just a trade, to potentially something more secular happening.

Tell me what you’re seeing here. Should we be paying attention? Or are these just squiggly lines to ignore?

Look what you missed in Breckenridge last week: Chart Summit 2019