That was fun wasn’t it?

You can read all about how last month’s Bitcoin crash looked eerily similar to the infamous 1987 stock market crash here: Bitcoin Crashes Just Like 1987.

But here are the charts and numbers:

They’re not that different are they?

Well, as it turns out, the S&P500 retested those crash lows about a little over a month later, and then went on to rip higher and never look back. Ever. Again.

What’s funny about the S&P in ’87 is that the exact day of the successful retest was on December 4th, which the date Bitcoin crashed last month. 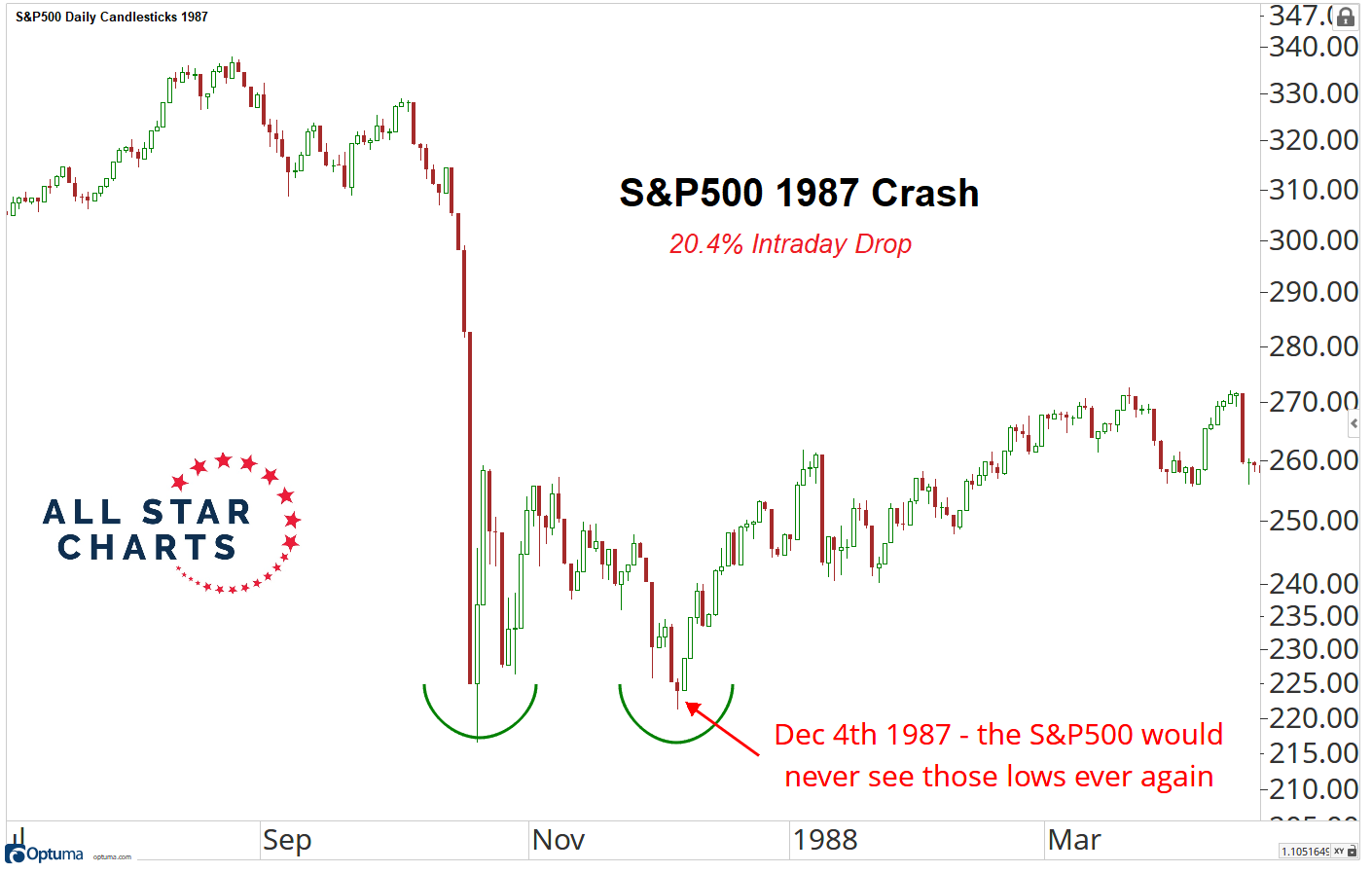 This week, we’ve seen Bitcoin potentially testing its crash lows successfully, just like S&Ps did in 1987.

Is that what’s happening here? 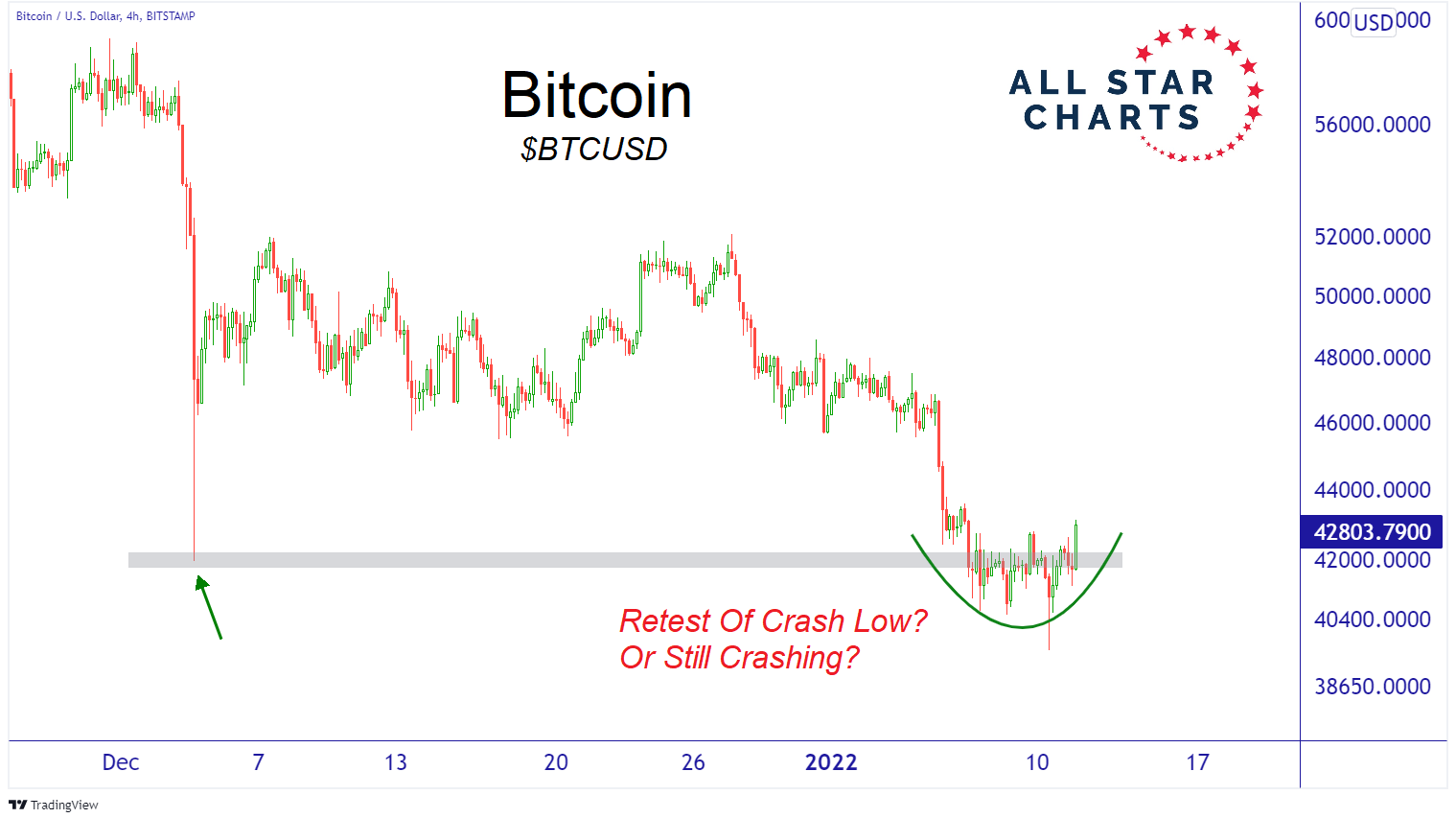 I think if we’re above those early December lows you can make the argument that the risk is higher here for Bitcoin.

But if we’re below those former lows, and this was not a successful retest, then you’re likely looking at a serious problem for Cryptos.

One of the things that leads me to believe that this was a successful retest, is how Ethereum is reacting to the 61.8% retracement of the entire move higher off the summer lows: 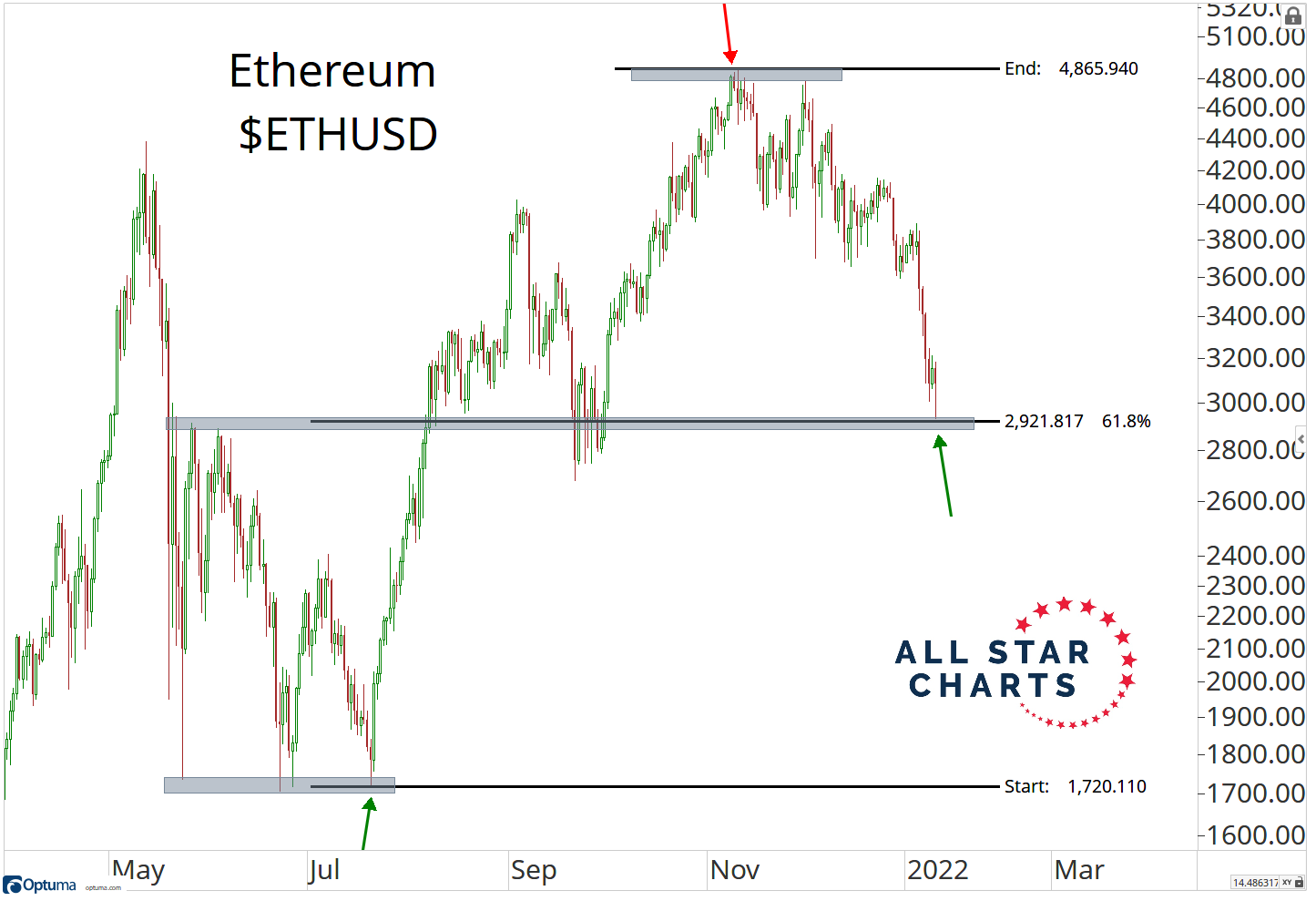 For me, if that was a local pivot low in Cryptos then we want to own the relative strength.

A breakout in Cosmos here would be really impressive. 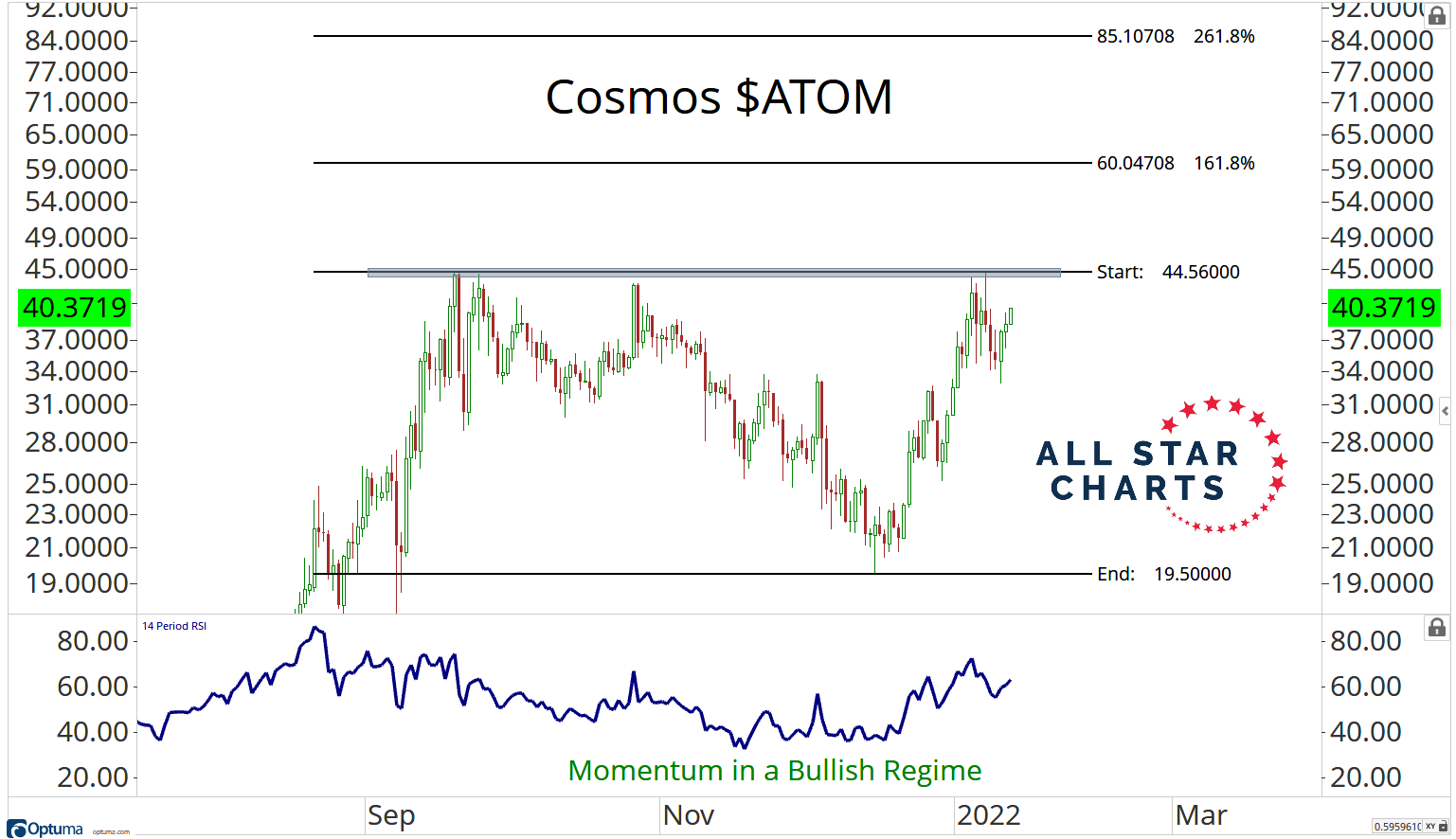 The way I look at these comparisons to 1987 is more of a roadmap or some guidelines.

It’s not that this time is different. The fact is that it’s different every time!

But the setup remains. If we’re above those early December lows in Bitcoin, I think we need to be more aggressive from the long side in Crytpo. And owning relative strength has been really helpful.

I think it will be this time again.

Was that a local low?

How high can we go from here?

Or do you think we roll over harder?

Let us know! We love to hear from you.