I can’t help but notice the similarities between the Bitcoin Crash we just saw and what happened to stocks in 1987.

You guys following me for a while know I’m not big on analogs. Every market environment is different.

But history does help us put together a roadmap. We’re all humans in this endeavor after all. And that certainly doesn’t change, even if we are talking about Crypto and not stocks, 2021 and not 1987.

For you guys who are new to markets I encourage you to study the past. Learn about prior cycles and what happened.

These are great lessons. I promise you.

The US Stock market was booming in the 1980s, after doing nothing for decades since topping out in the mid-1960s.

Stocks were rolling. They had meme stocks and reddit back then too. They were just called other things like Junk Bonds and Corporate Raiders.

Those were some good times.

Then came Black Monday in October of 1987. 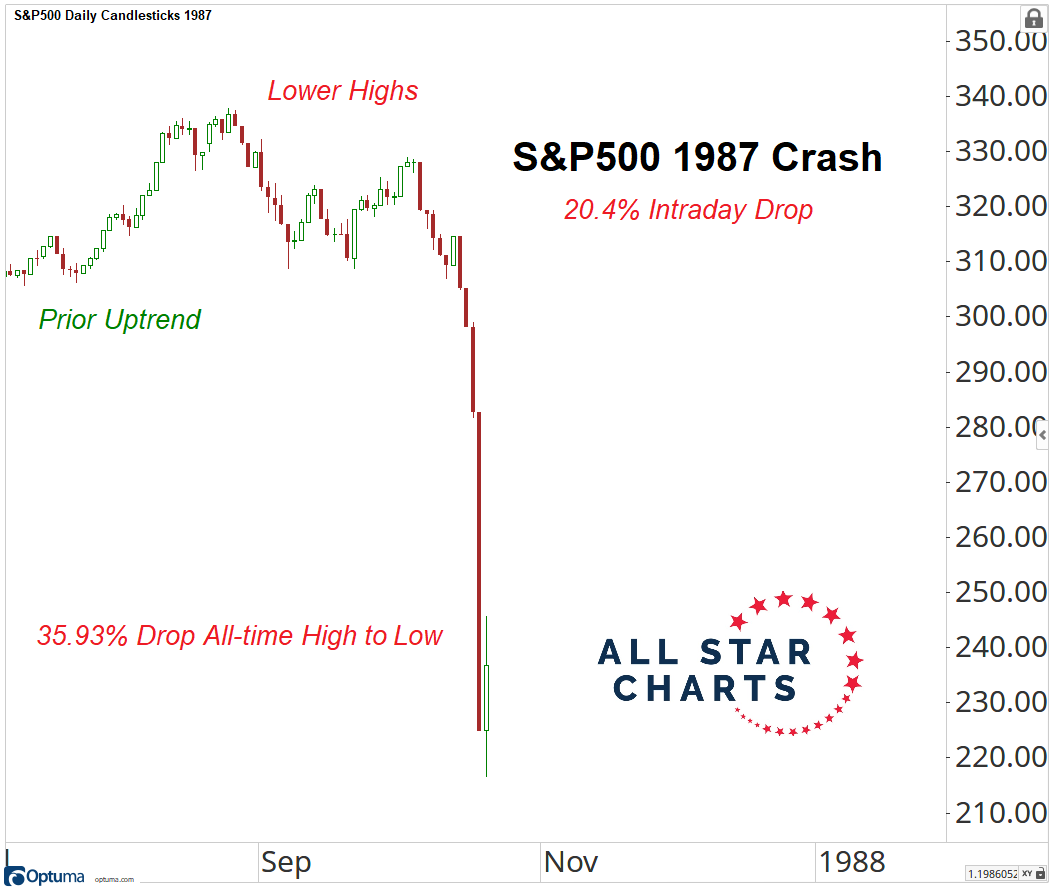 This crash came within the context of an ongoing uptrend, was corrective in nature, and then the S&P500 went on to make new all-time highs. It actually went up 6 times after that over the following 12 years.

So here we are today after Bitcoin had a very similar experience: 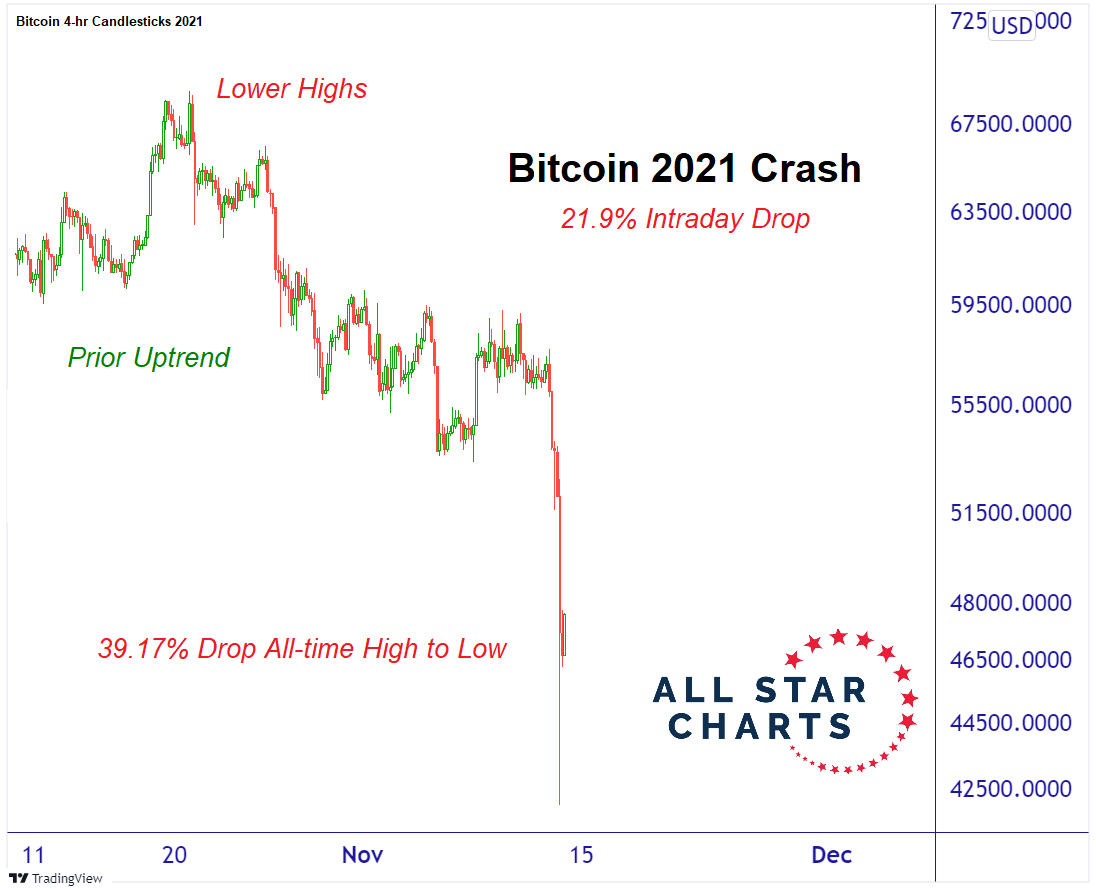 It’s really hard to ignore all the similarities.

New all-time highs, then a lower high and then a 20% crash following the period after Friday’s close.

Anyway, so what do we do with this information?

How does bitcoin crashing and reminding us of 1987 help us moving forward?

And that’s why we’re here today. That’s what this is all about.

What do we do now?

Well, first of all, a ton of individual stocks and countries around the world also crashed in October 1987. Just like a ton of crypto currencies in exchanges across the globe got crushed as well.

And that’s how this came up in the first place.

I was talking to Strazza this morning about how many things I got stopped out of this week and he’s like, “So where are we buying?”

My response was that heart attacks need time to repair. That’s what I’ve seen every time.

“Bottoms are a process”, was my initial thought, based on my experiences.

And then I said, “Except 1987, but even that one had a second dip and higher low before really getting going”.

This is what inspired me going back and doing the math. I figured it was close, but the numbers and patterns are unbelievably similar.

So I can’t ignore it.

How I learned it was that the “Harder The Drop, the Longer The Need For Repair”.

But as we’ve discussed, we get over 5 times the amount of periods in Crypto as we do in stocks. So that repair time comes quicker, in theory.

And let me reiterate this “in theory” part. Because to be clear, I have absolutely no idea what’s going to happen.

But the weight of the evidence suggests Bitcoin is rangebound at best until it can take out 60,000, which it’s no where near.

It’s up to the bulls now to defend those lows and start putting together a base, like stock traders did after the 87 crash.

Personally, I don’t care either way. I have no position in Bitcoin so I’m ok with any result.

They can take out the lows, continue lower, and that’s fine with me.

They can hold the lows, rebuild and start to break out, in which case I’d be happy to own it.

Also looking around at the relative strength of the Altcoins will be critical. The first ones to make new highs are the ones we probably want to own.

The ones who held up the best during the crash are the ones we want to keep a closer eye on.

They’ll set up again. And when they do, we’ll be ready.

Cheers to those of you who were around in 1987. A lot of investors survived that one and made up for it and then some over time.

Will the 2021 BTC crash treat investors in a similar manner? Well so far it has. They couldn’t look more alike.

But perhaps the market has other plans.

Shoot me a note. Tell me your story. What are you seeing out there?

How To Trade Crypto Currencies

I put together a free video about how to trade Cyrptos. This includes how to find brokers and exchanges, where to start looking for ideas and how to put difference tokens into different categories. I think you’ll find it really helpful. Just Email Peter and have him send you the “How To Trade Crypto Currencies Video”.