Throughout 2016 the weight of the evidence has been building in favor of broad-based commodity strength and now Silver is joining the party with a massive structural breakout on both an absolute and relative basis.

Structurally Silver has been in a downtrend since 2011, but met our downside price targets near 14 over a year ago and has since been building a rounding bottom. Last week, prices broke and closed above the downtrend line from the 2011 highs to confirm the bullish momentum divergence and are following through to the upside this week. 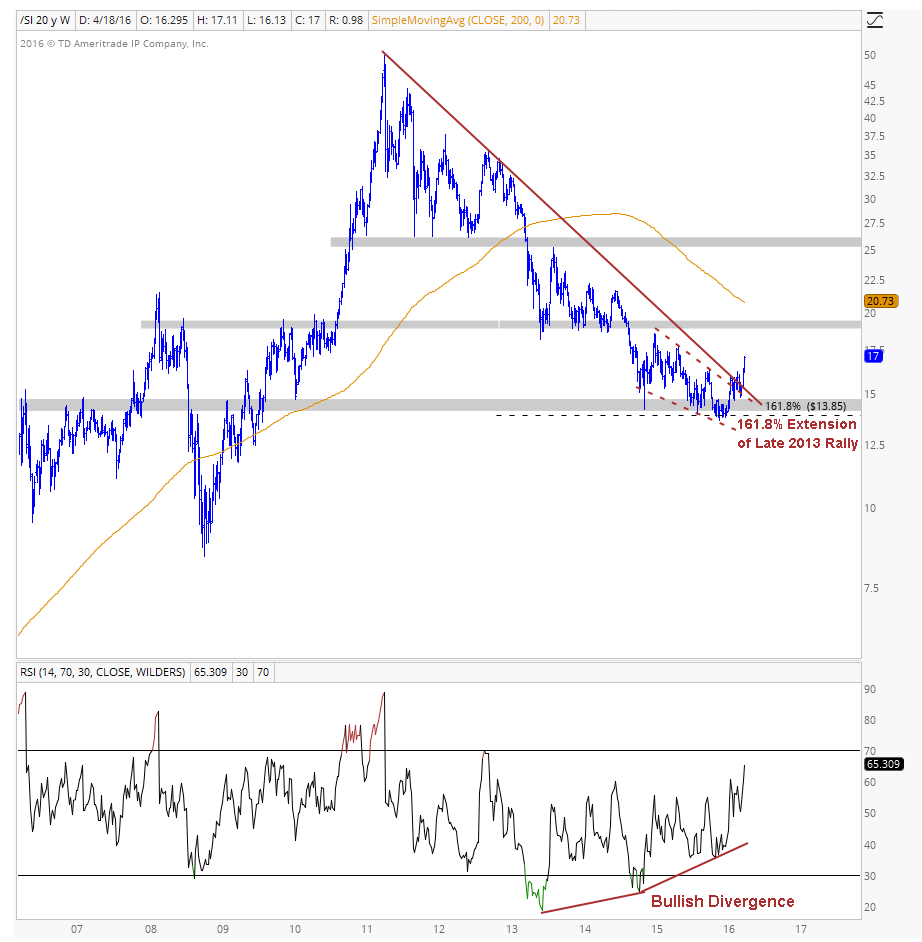 A breakout from this year’s long base suggests being long Silver from a structural perspective as long as prices remain above the downtrend line from the 2011 highs on a weekly closing basis. Our first upside price target in this market is near former support / resistance near 18.75, but above that prices have room to run toward our secondary target of 25-26 based on former support from 2010-2012.

In addition to the structural breakout on an absolute basis, we’re also seeing a breakout in Silver relative to Gold. The Gold / Silver ratio charted below represents the relationship of being long Gold and short an equivalent dollar amount of Silver. 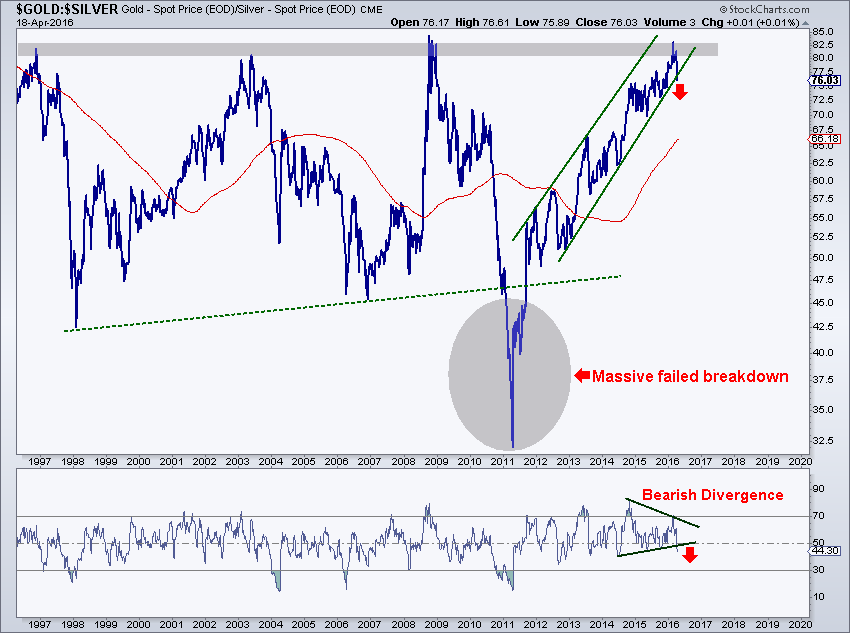 Earlier this year the ratio attempted to break and close above the resistance near 80 that’s been intact for 20+ years, but failed as momentum put in a bearish divergence. The ratio has since been sliding lower and is now breaking the uptrend line from the 2013 lows as momentum hits new lows as well. Both of these things suggest further downside ahead for this ratio as long as we’re below the YTD highs, meaning that Silver will continue to outperform Gold.

The Bottom Line: There has been little reason to own Silver from a structural perspective over the past several years, but after meeting downside price targets and basing for over a year, the current weight of evidence suggests approaching this market from the long side on an absolute basis and relative to Gold. It’s also worth noting that precious metals as a group tend to perform better when Silver is outperforming Gold, so this strength should continue to provide a tailwind for the group.

Structurally we only want to be long this market as long as prices remain above the downtrend line from the 2011 highs on a weekly closing basis, with price targets at 18.75 and 25-26.

Structurally we can continue to remain short the Gold / Silver ratio as long as prices continue to close below the YTD highs and look to take profits near former support around 66 and 57.50.

JC Here – I couldn’t agree more with what Bruni is seeing here. Most importantly, the line in the sand is drawn. It is very clear what level we want to be long against and where we would be wrong. The weight-of-the-evidence certainly suggests there is risk appetite for metals. That Gold/Silver ratio short has been my trade of the year and has been working fabulously.

Click Here to get regular updates on these charts above, as well as the key levels we are watching to get long or short the U.S. Stock Market, Sectors, and individual stocks. Join us in a more official capacity.