Daily charts get a lot of love. I certainly preach the value of monthly charts every 30 days or so. But the weekly charts, ladies in gentlemen….the Weekly Charts, allow us to see through the day-to-day noise, but keeps us within an intermediate-term time horizon. On weekend mornings some people read the newspaper with their coffee. I go through my weekly charts.

Here are a few that stood out in the United States this week:

There are two ways to look at the S&P500. The first is like this, where the real resistance was at the early 4th quarter 2018 highs and again in May this year. In that scenario, this would be “the” breakout: 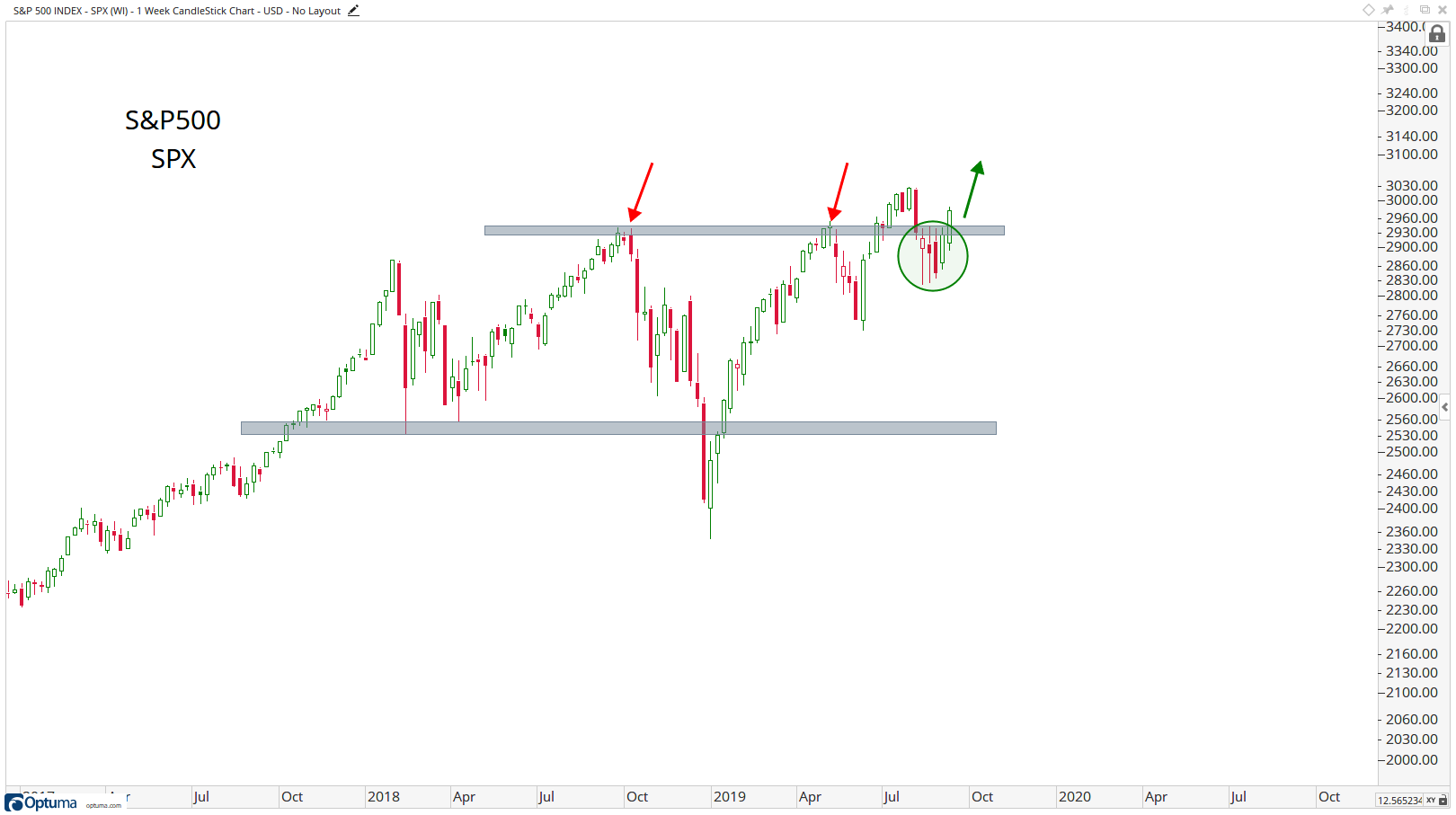 The other scenario puts the January 2018 highs as resistance and the October and May breakouts were just false starts. In that scenario, the June breakout was legit and this was just a successful retest:

This is an art, not a science. There is no right or wrong way to interpret this behavior until after the fact. In real time we can just do the best we can, and it looks to me like both scenarios are bullish ones, not bearish ones, which is the point here right? We want to put the probabilities of success in our favor. Based on the charts above, the path of least resistance is higher.

Here is the Dow Jones Industrial Average which looks a lot cleaner. If we’re above those January 2018 highs, we want to err on the long side. If we’re below that, then perhaps a more conservative, cash heavy, position is best. If we’re above the Jan ’18 highs, it’s all systems go, as far as I’m concerned: 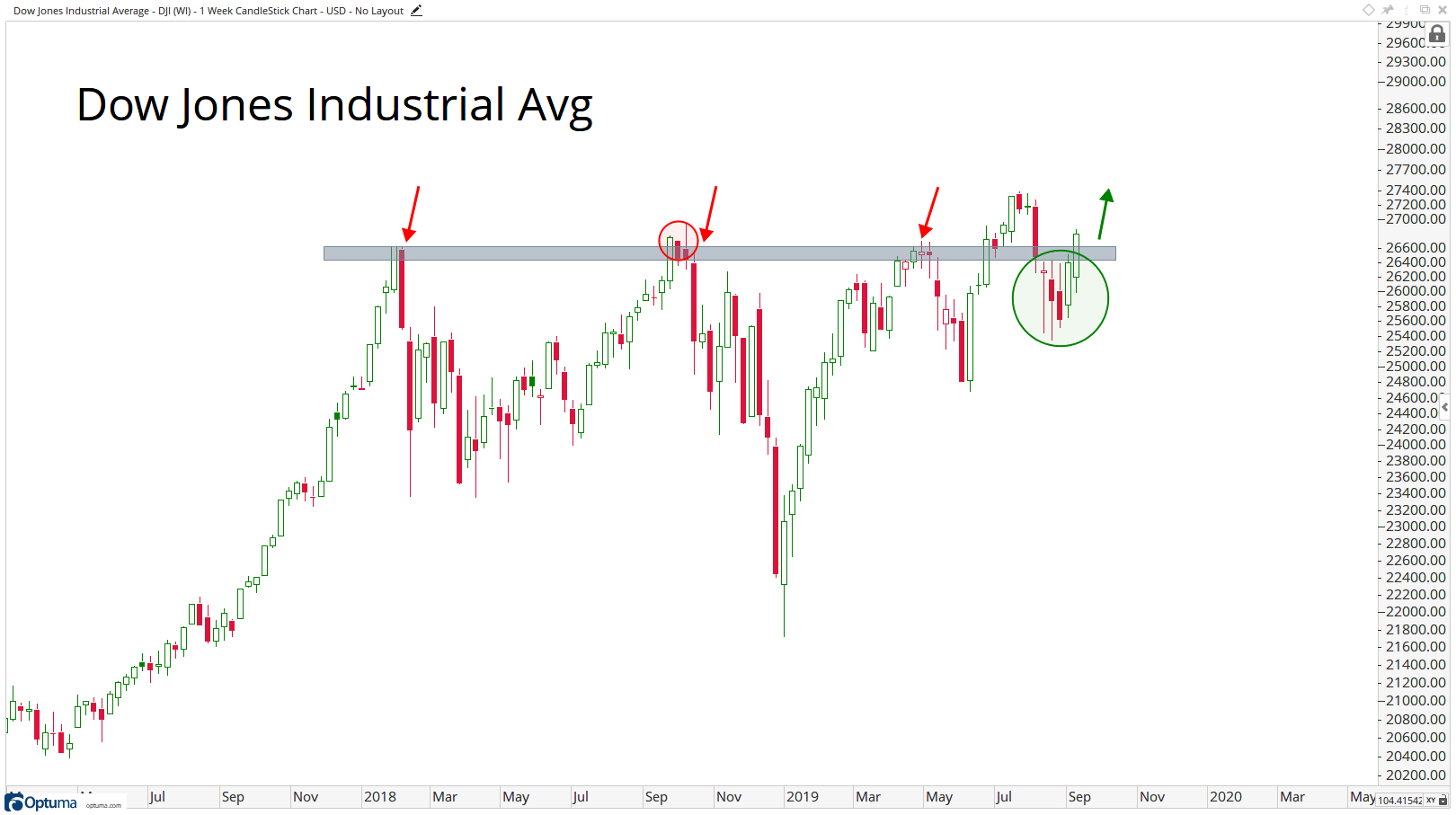 Look at the Dow Jones Transportation Average holding its June lows. Does this look like a major top, or are prices just near the lower end of its range? To me it looks like the latter: 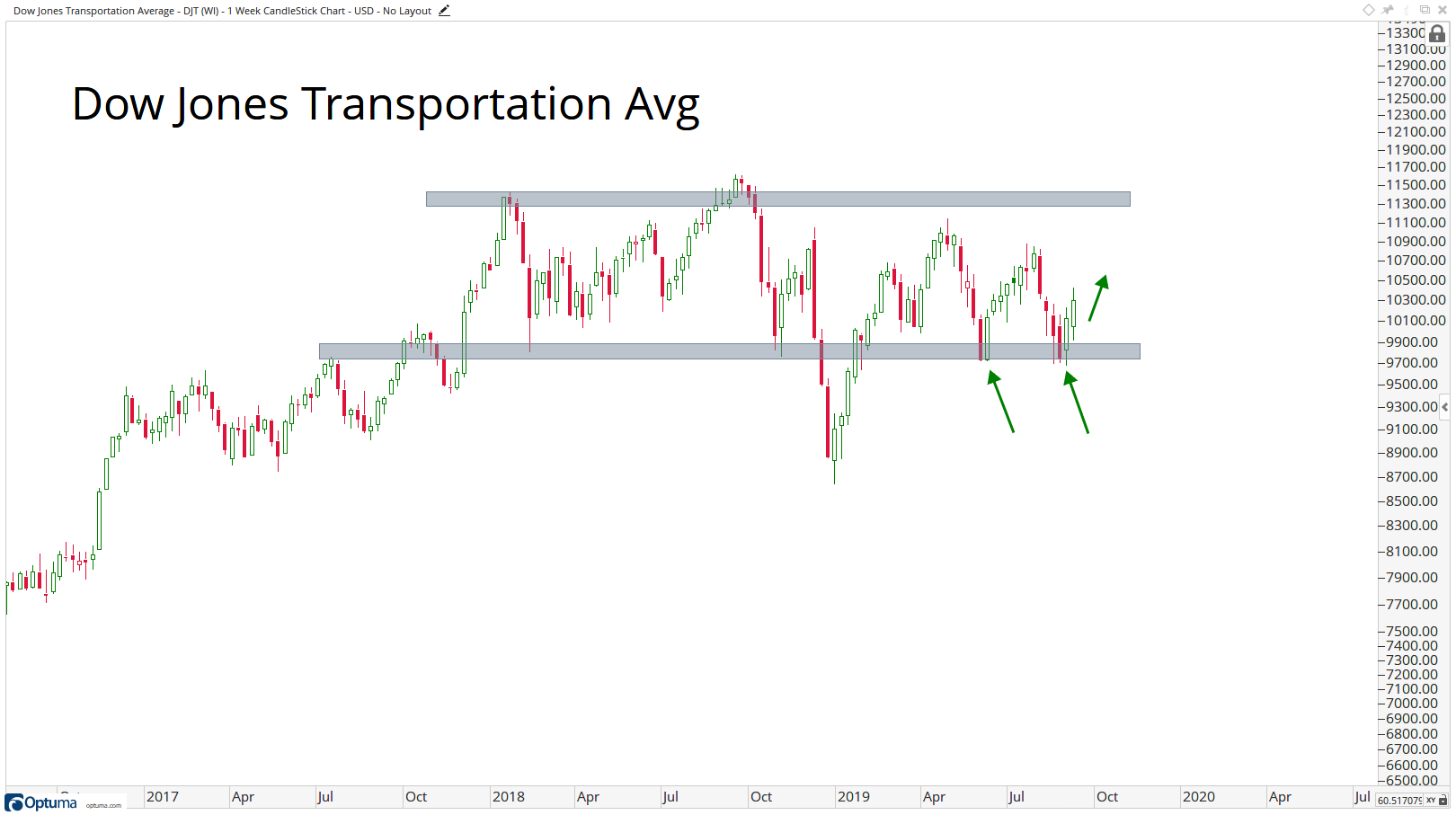 Meanwhile, the Nasdaq100 continues to be the strongest of them all: 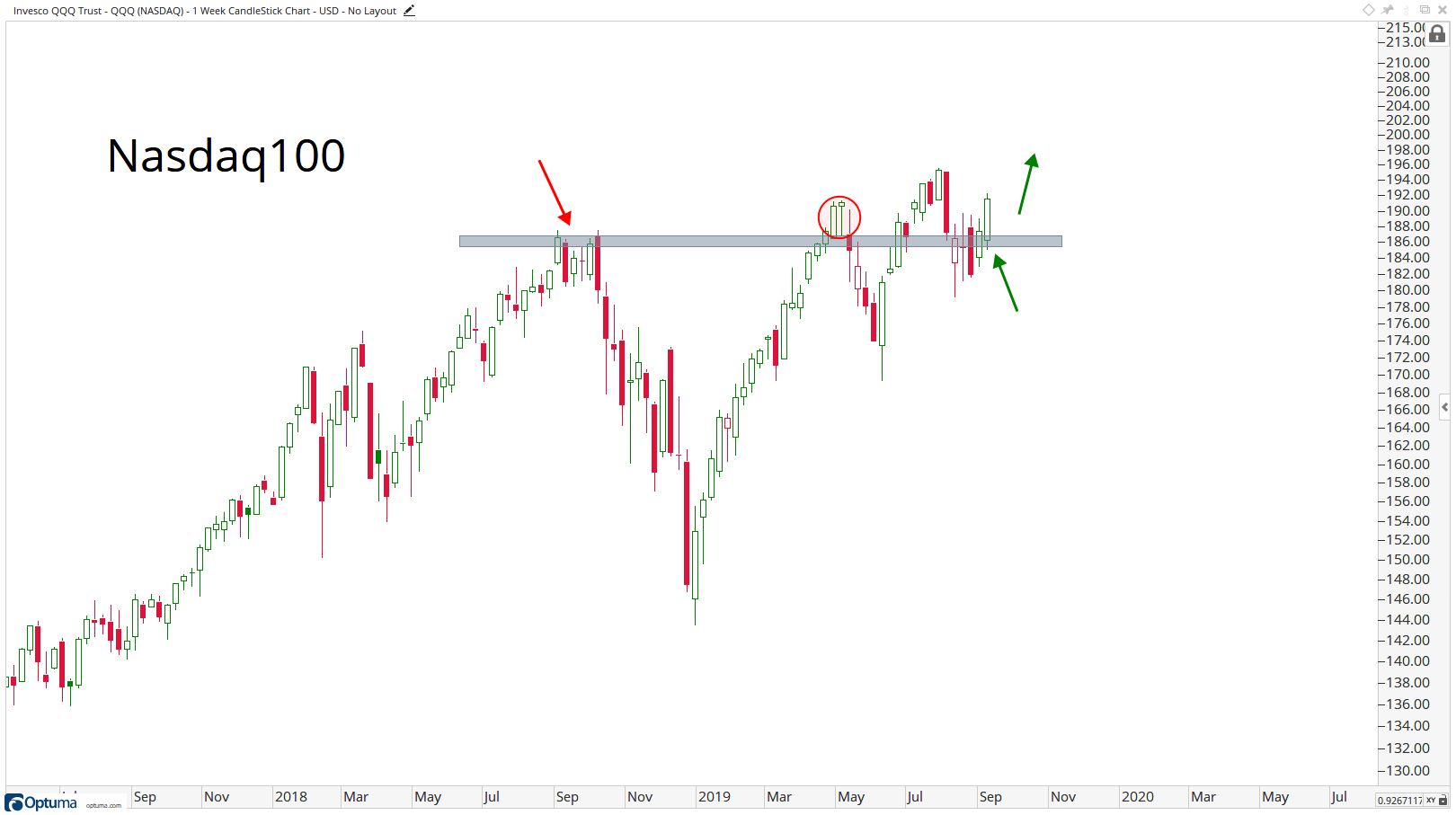 Technology (not defensive at all) is pennies from another all-time high: 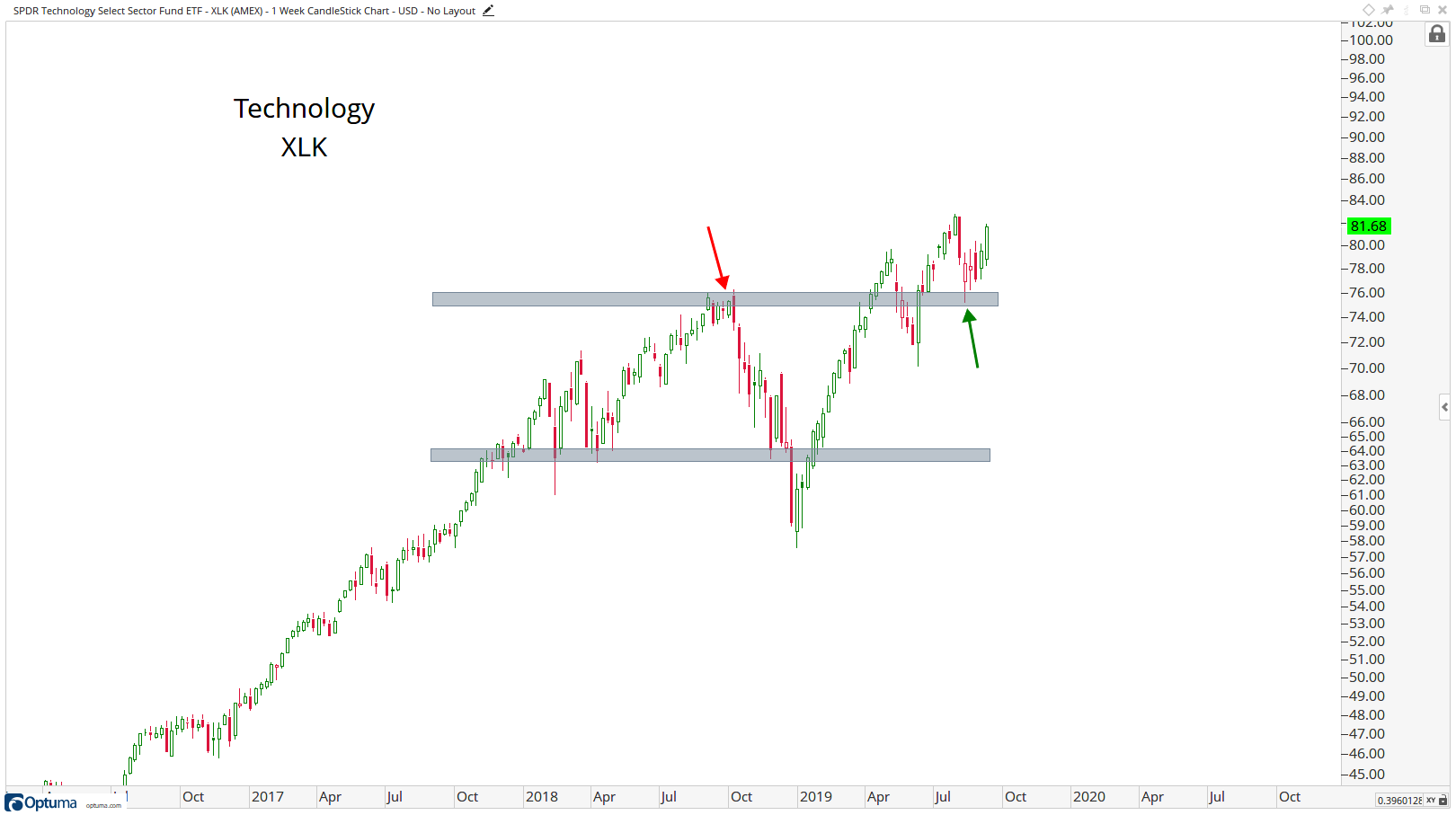 The new Communications sector (heavily weighted with non-defensive stocks like Google and Facebook) is pennies from an all-time high: 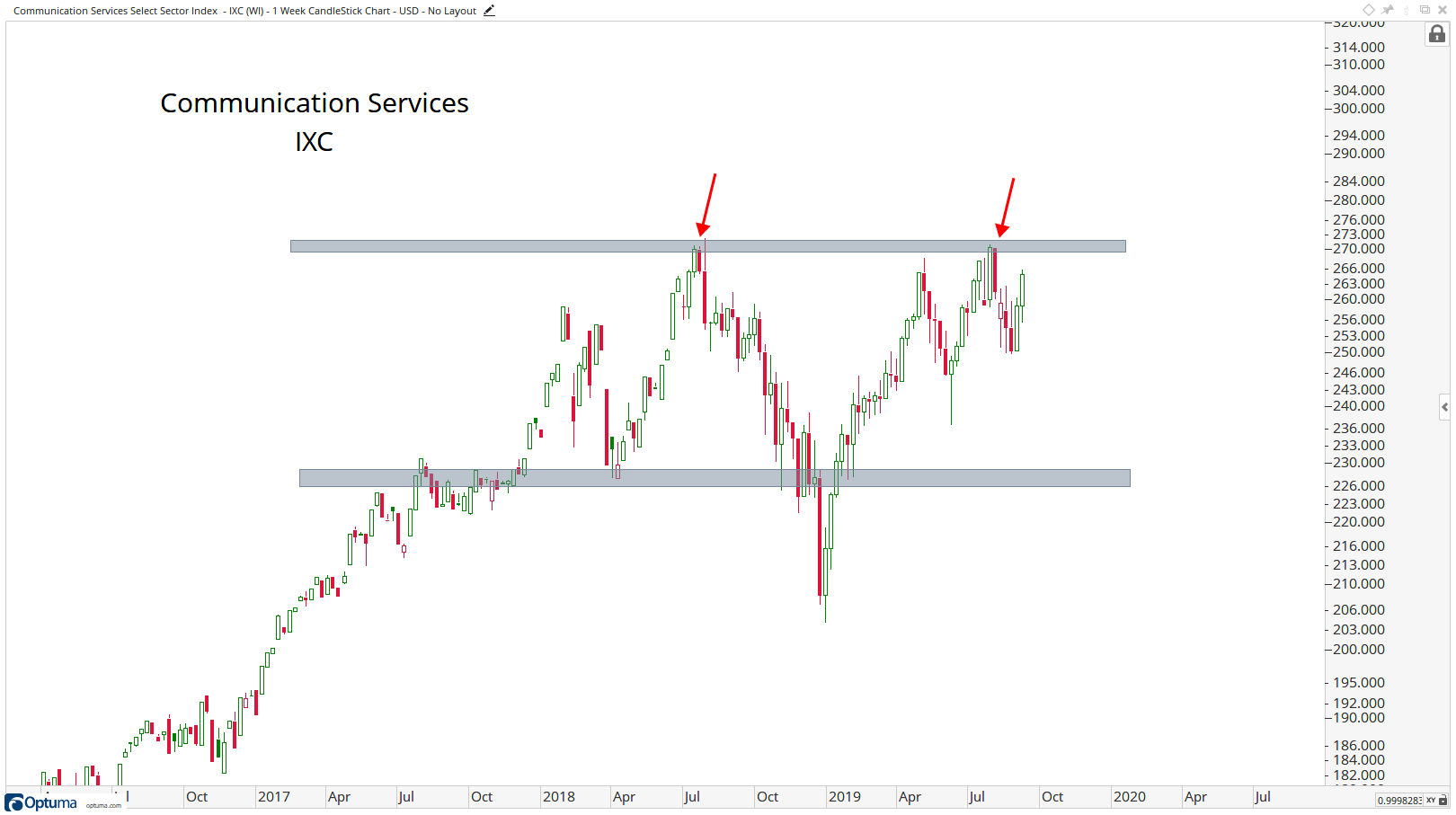 Consumer Discretionary (not defensive at all) is pennies from an all-time high: 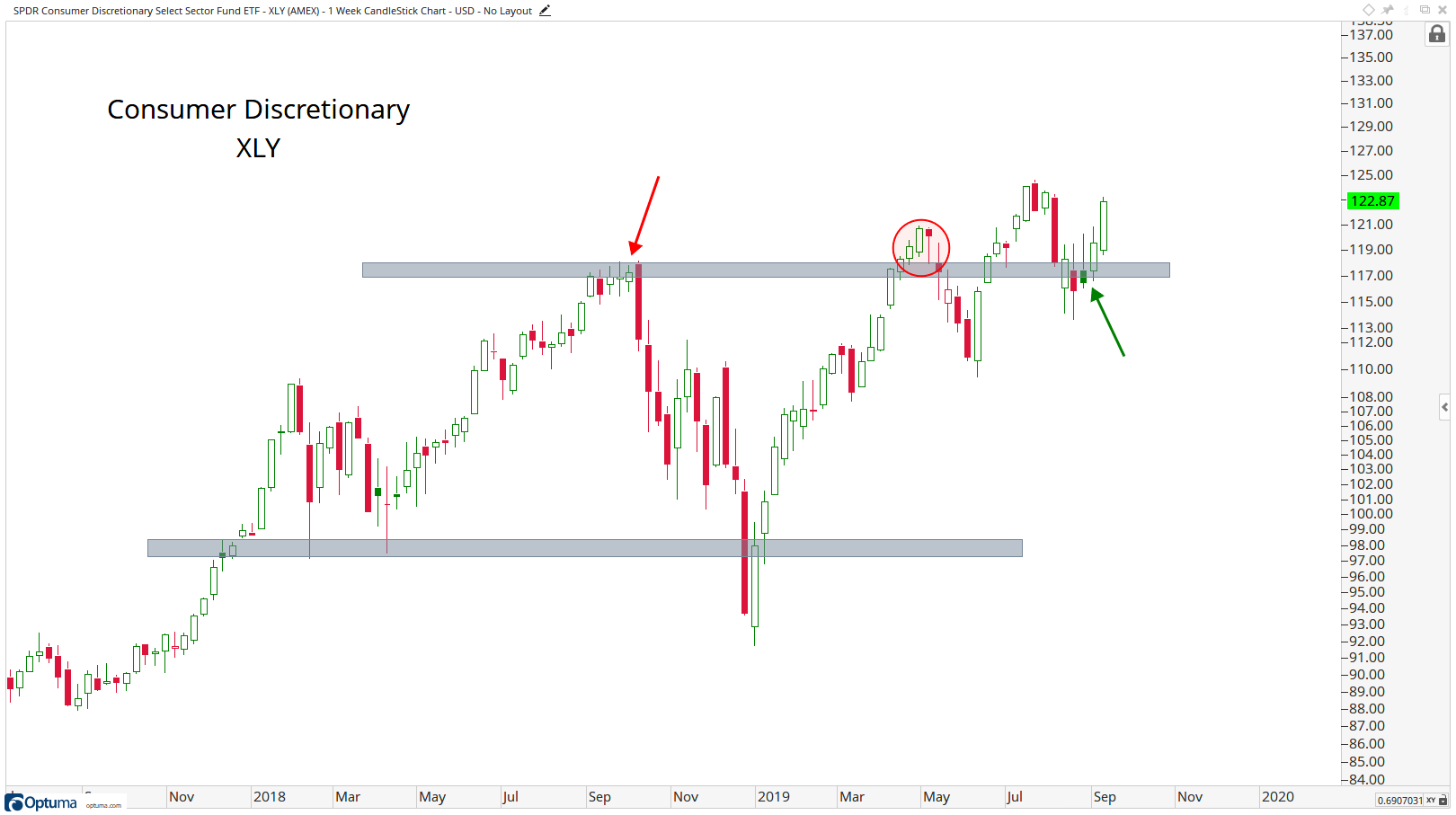 And look at the Industrials, which historically has the highest positive correlation with the S&P500. Does this look like a major top, or just a 20-month consolidation after a historic run during 2016 & 2017? For me it’s the second one: 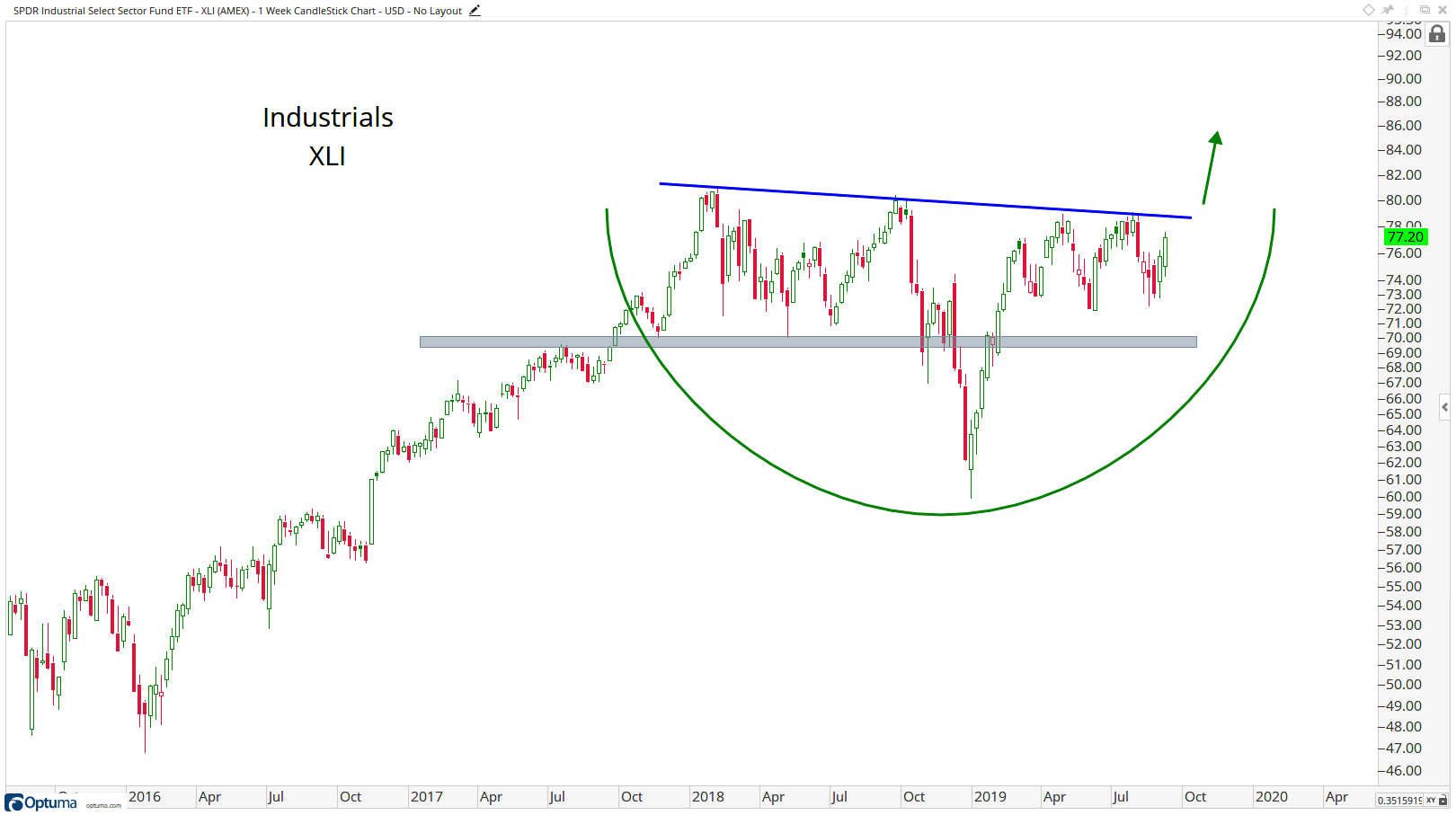 The way I see it, is this narrowing leadership, which comes just before a complete collapse in the asset class? Or is this just normal and healthy sector rotation, which is the lifeblood of a bull market? For me it’s the second one.

In other areas, our targets have been achieved. We no longer want to be long Gold or Gold Miners, at least not tactically. Now we let them chill out and we’ll reevaluate as we get more data 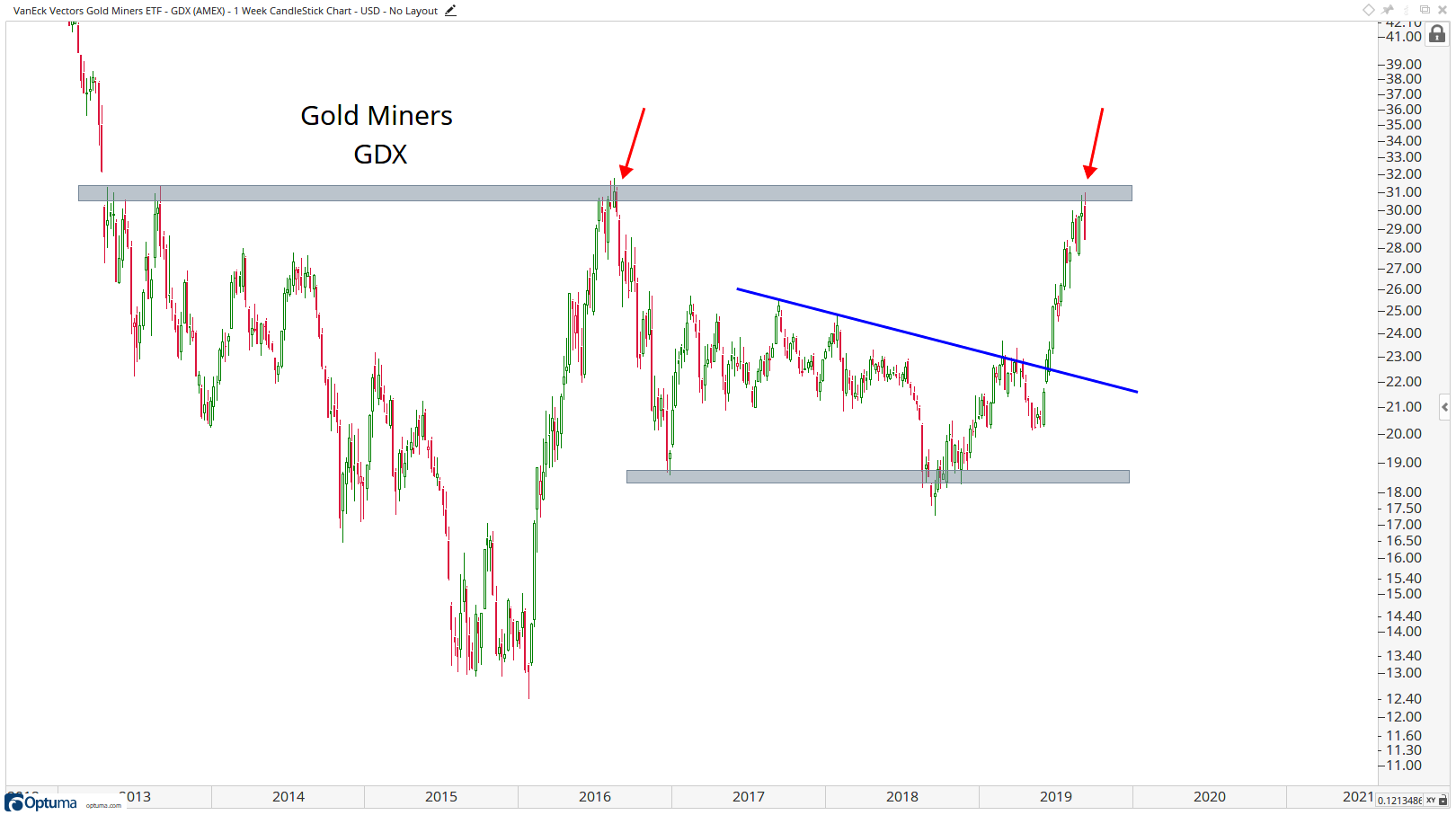 That’s what stood out to me after this week.

What are you watching?