In the final Chart of the Week for 2018, we looked at the US Dollar reaching a key upside objective and then rolling over to finish the year on a sour note. I started out my Q1 2019 Playbook emphasizing the importance of the US Dollar Index in 2019 and I think we’re already seeing the implications of a weaker Dollar. I also think this trend is likely to remain in place.

The way we saw it, if the US Dollar were to just break through these levels, without even acknowledging it, then there is most likely a severe flight to safety away from stocks and that’s why the Dollar is getting bid up. The counter-argument there is that if the Dollar is weakening, stocks would most likely do well in that environment. That has been our thesis coming into the year.

Here is an updated version of the US Dollar Index making new multi-month lows: 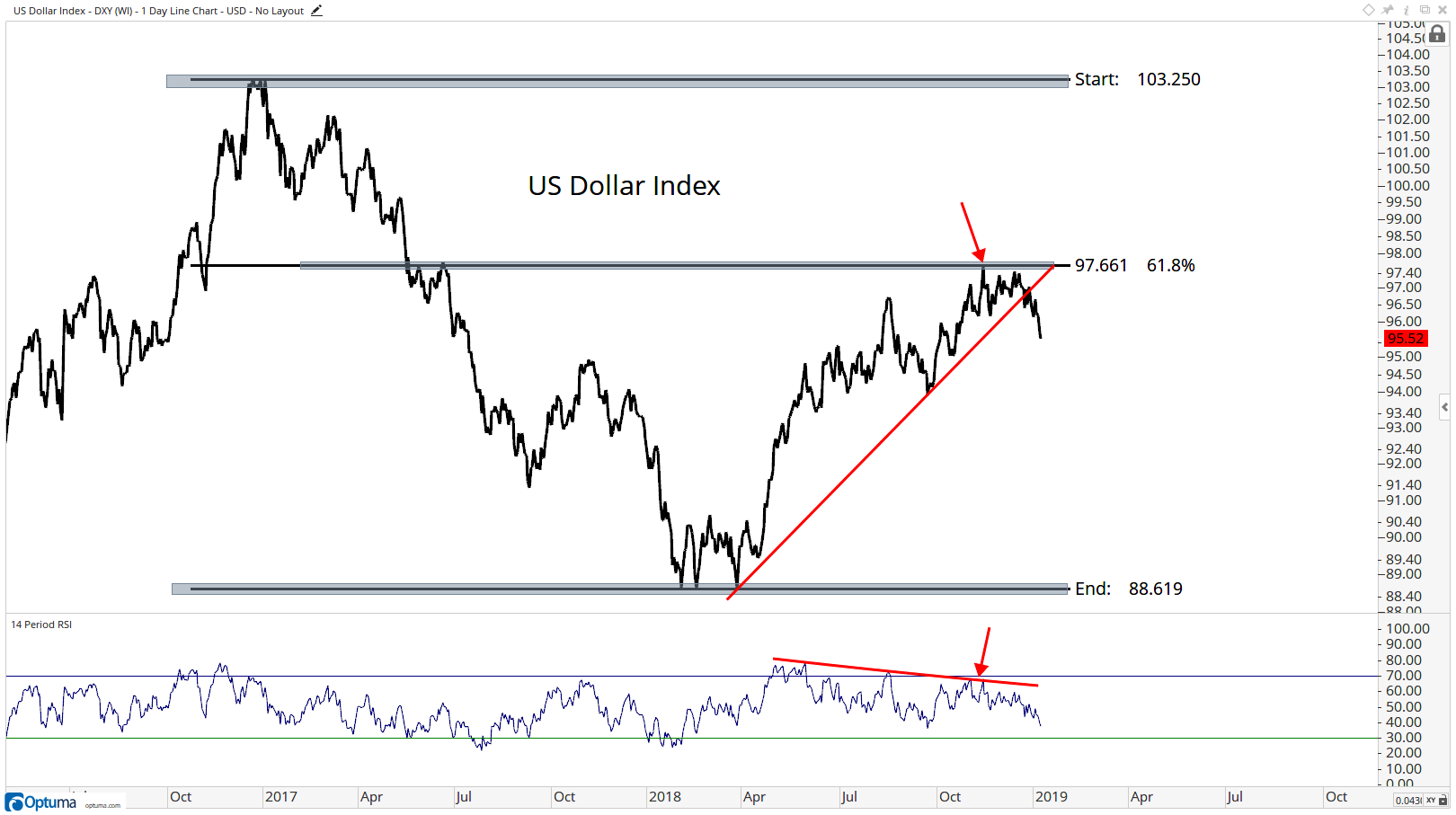 We’re in the process of a mean reversion in stocks. But it’s Latin America showing the relative strength. Here is Latin America vs the S&P500 trying to complete a major bottom: 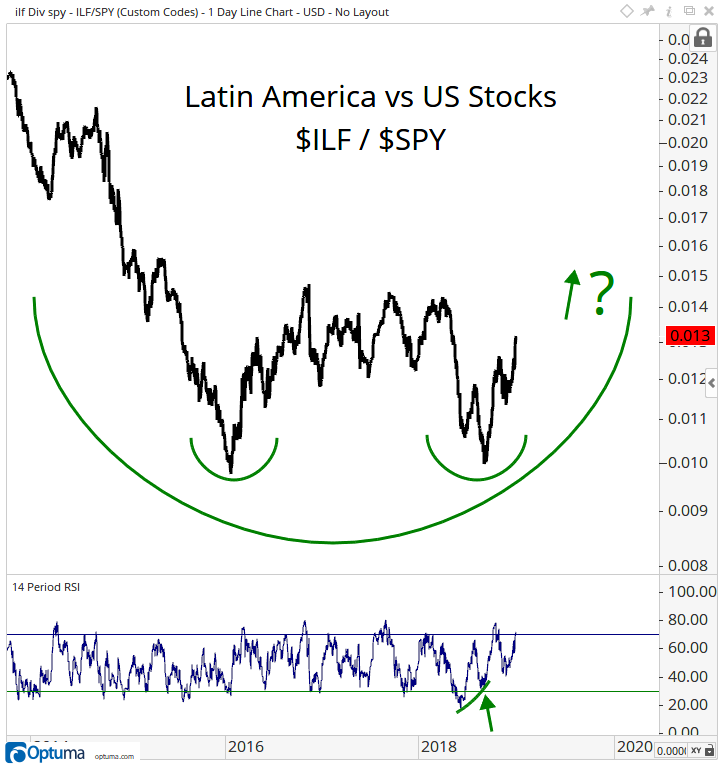 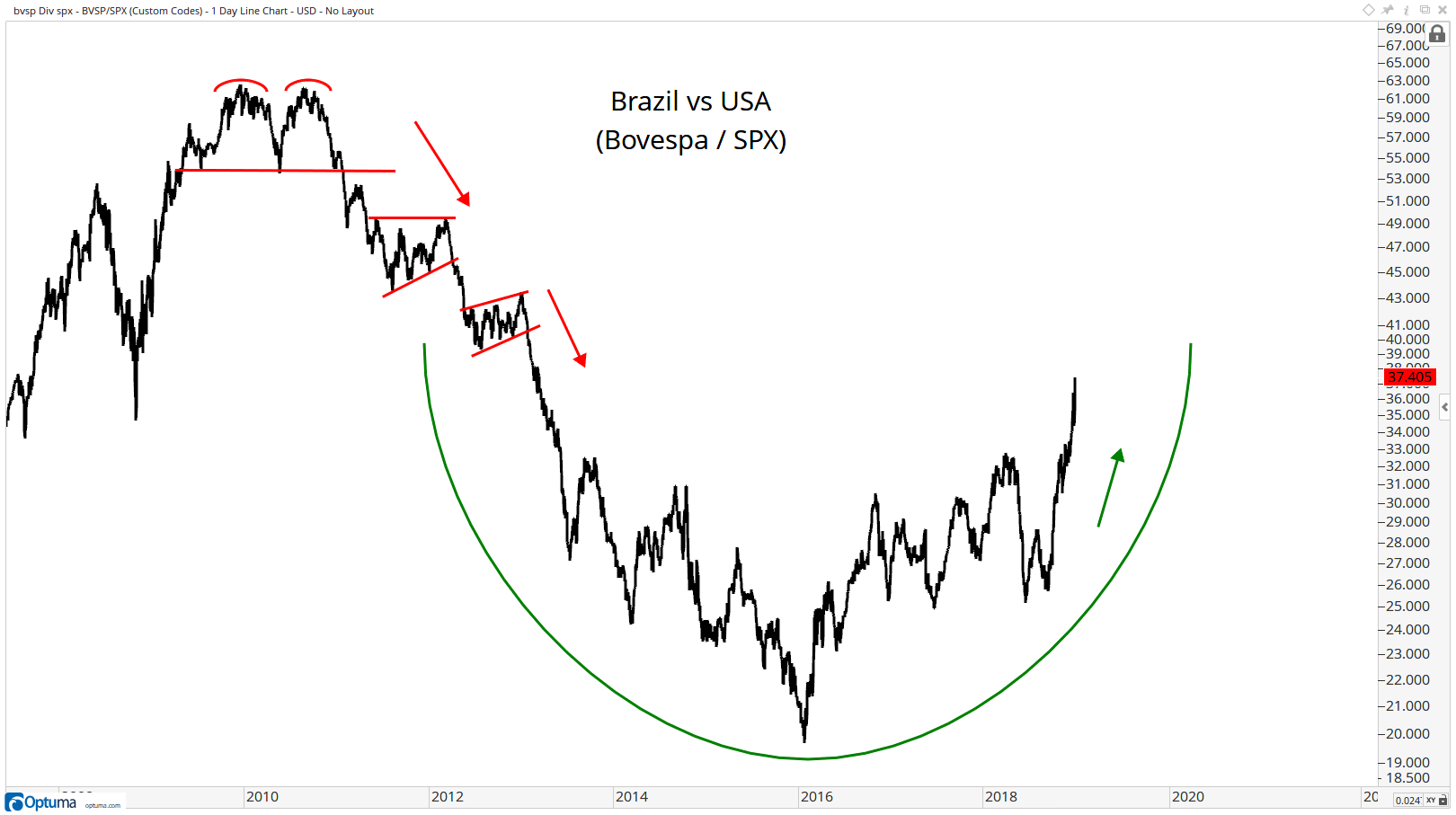 The relative strength out of this area has been impressive for a while, but with a weak dollar, it is really standing out.

So what’s the trade JC? Just give us the damn trade already!

Well, there are a lot of way to get involved. There are ETFs like $ILF and $EWZ which are old classics, of course. But if you’re looking for a little more juice, I like the situation in shares of Freeport McMoRan. Look at the lows in $FCX around the middle of 2017. The rally into early last year was sparked by a nice bottoming process and bullish momentum divergence right around $11: 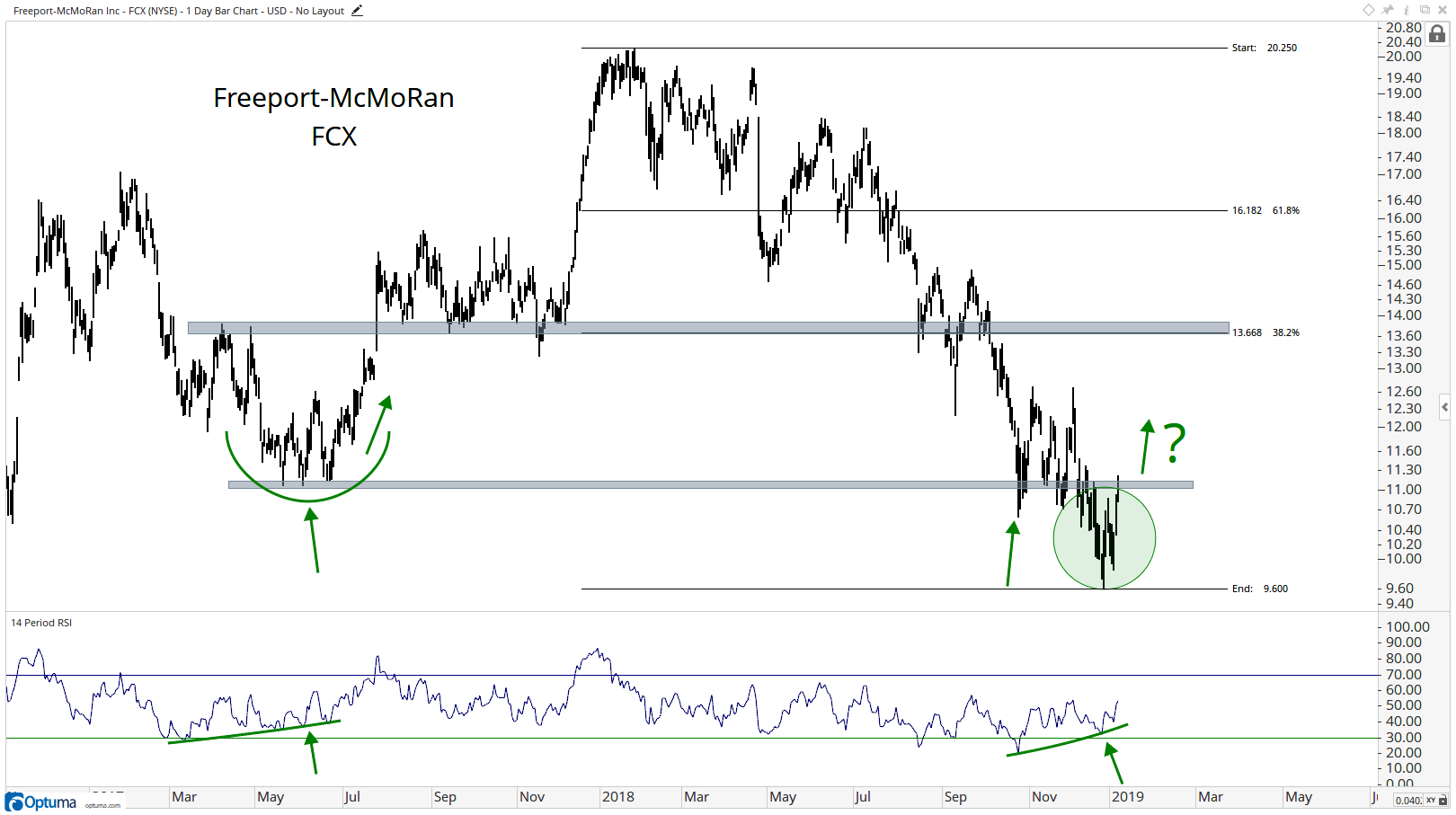 During the December declines, Freeport broke below those key lows, but is now attempting to recover. Notice how this whipsaw is being accompanied by another bullish momentum divergence. I think if we’re above 11 in $FCX we need to be long this space, particularly shares of Freeport McMoRan. I believe 13.70-14 is a good target here tactically, as it represents a key retracement and former support in 2017.

Why does the company capitalize letters in the middle of its name? I don’t know. But the risk vs reward is in our favor, so we won’t ask questions.

If you’re not already a Premium Member of Allstarcharts, our Q1 2019 Playbook special ends tonight at midnight. You can sign up now risk FREE for 6 months of service for just $679. Register here and then shoot me an email to say hi!