There are a lot of interesting charts out there around the world. The current market environment has provided us with a ton of opportunities in multiple asset classes. We’ve talked about stocks, we discussed commodities, and today I want to focus on the Bond Market. Both Interest Rates and the most liquid exchange traded fund are at critical levels that we need to watch. 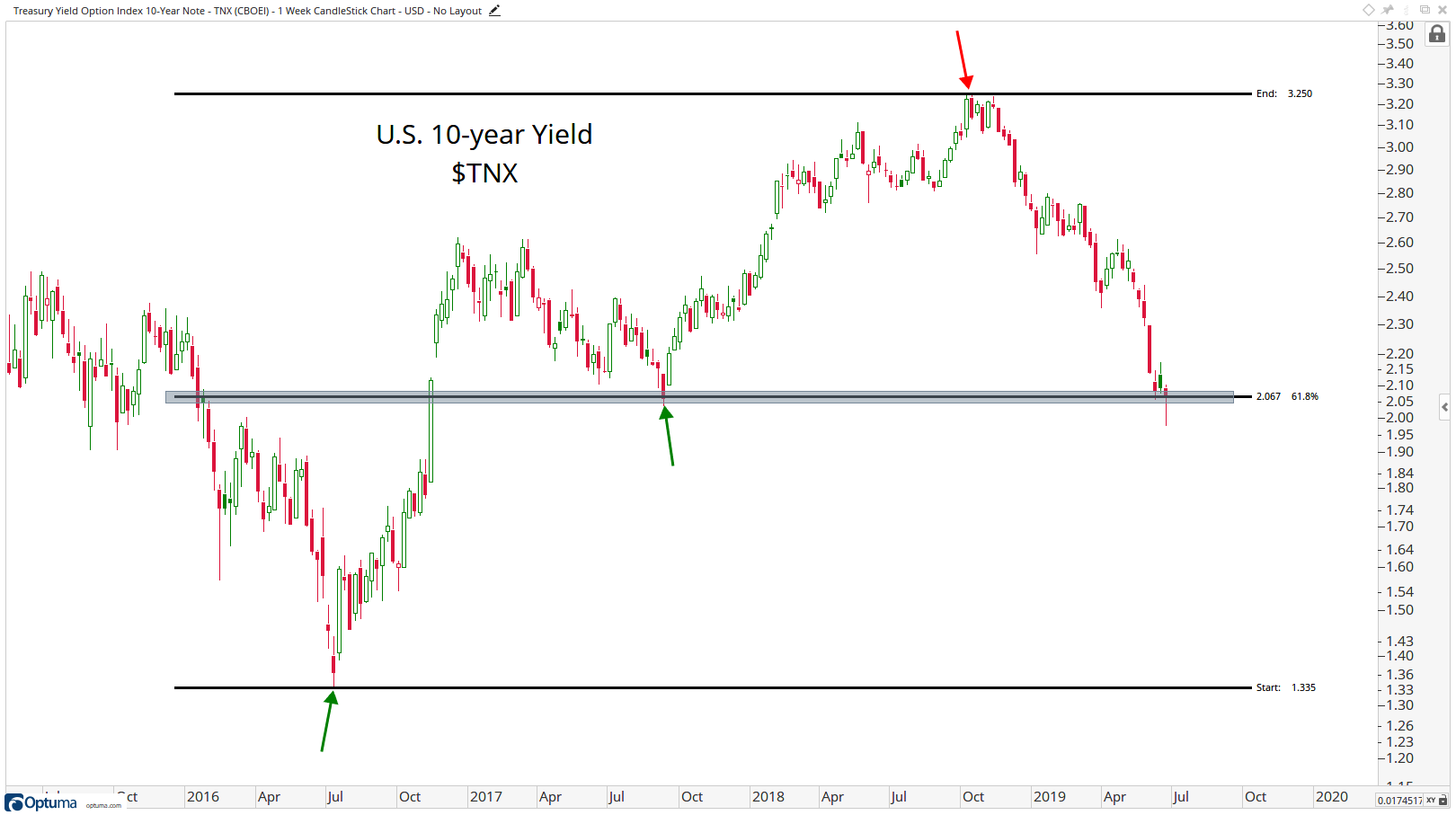 You’ll also notice that this 2.06 level represents the 61.8% retracement of the entire move higher since 2016. This was the start of an epic move in rates. We have now retraced a perfectly logical portion of that. If this level fails to hold, the downside is serious. We can see rates back under 1.40 potentially, in that scenario.

Here is the most liquid Treasury Bond ETF $TLT. It’s basically the rates chart above, but flipped upside down. We have now retraced exactly 61.8% of the entire decline from the 2016 high down to last year’s lows. I’m watching 131.50 here the same way I’m watching 2.06% in the chart above: 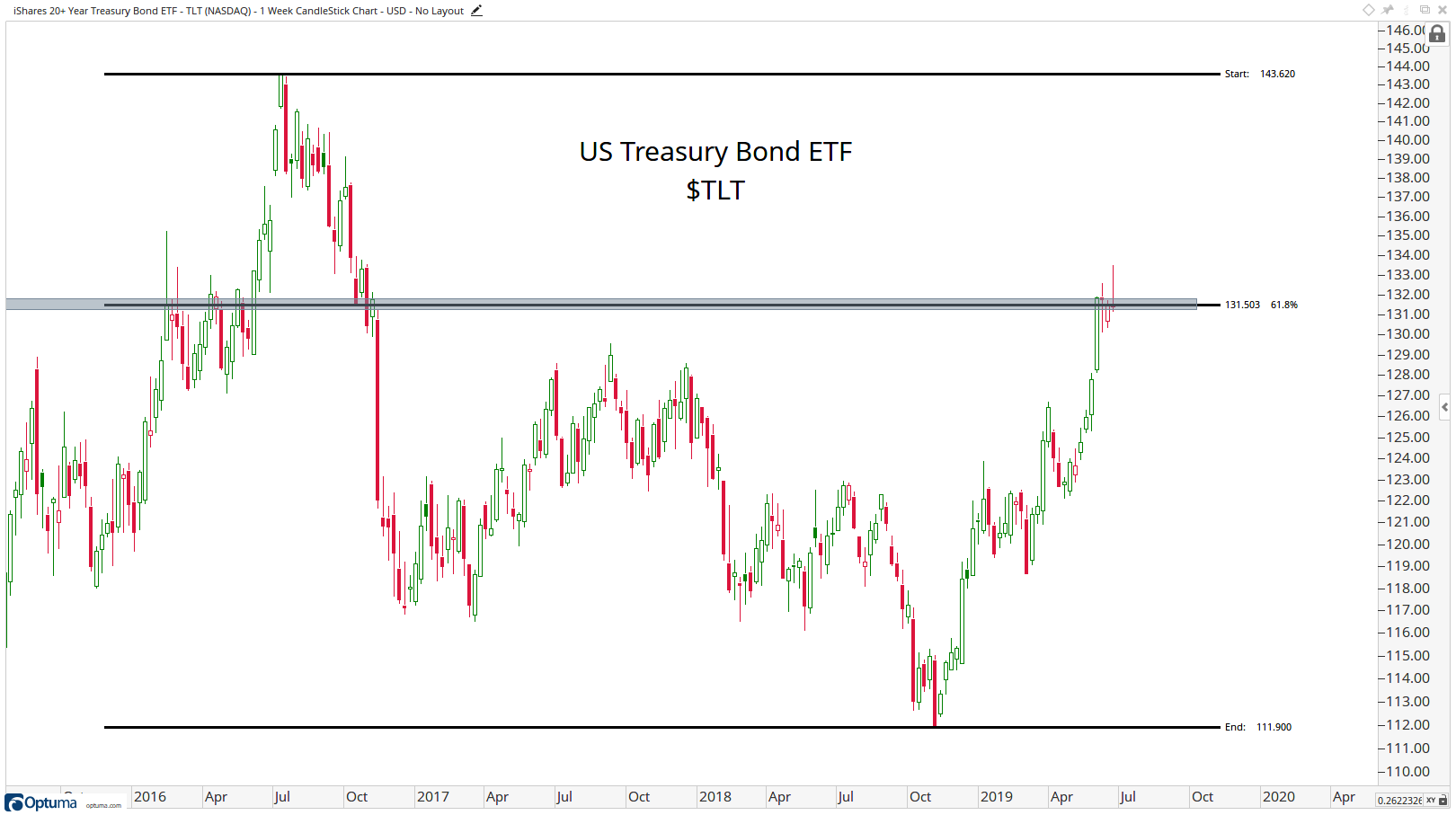 If these levels hold, we can definitely see a move higher in rates / lower in bonds. But that is a big ‘IF’ right now. To me, the line in the sand has been drawn. We’ll keep reevaluating as more data comes in, but these are some key levels that are hard for me to ignore.